Rising in the East: Lisa Sun 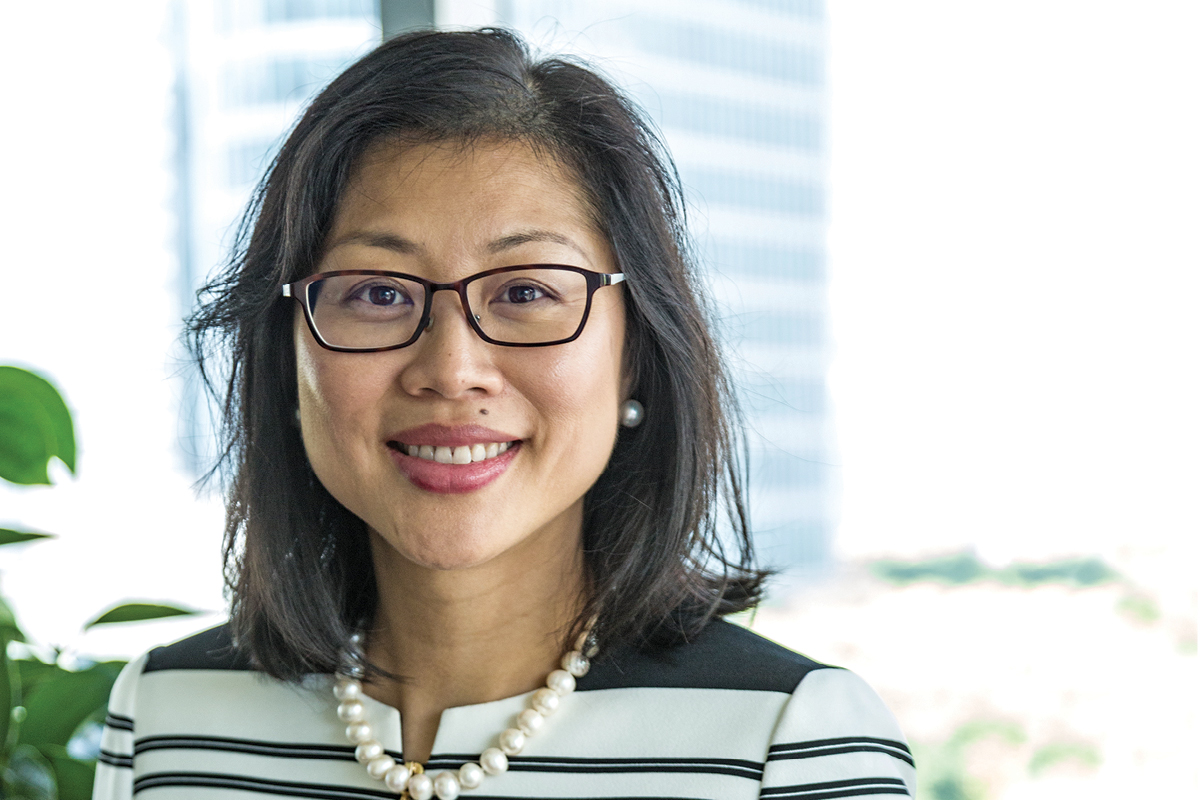 Having worked for AIG at the start of her career and also being born in China before moving to the US at 15, Lisa Sun’s latest role as CEO of AIG Insurance Company China feels like a homecoming in many ways.

The American International Group story can be traced back to China about 100 years ago, when Cornelius Vander Starr set up his fledgling insurance agency in Shanghai.

Growing to an empire employing almost 57,000 people with offices in more than 80 countries, these days the company operates through two core businesses: general insurance and life and retirement insurance services.

“The way I like to think about AIG is that we’re a local company with a global footprint,” Lisa tells The CEO Magazine. “What that means is that AIG can trace its roots back 100 years in China. In many regions, we’ve been there for as long as, if not longer than, some of the domestic companies. We feel like locals, we hire locals. We understand the local culture and we’ve been operating locally for a long time. Yet our global footprint is second to none.”

Moving to Massachusetts in her teens and graduating from Clark University in 1997 with a double major in mathematics and computer science, Lisa felt that teaching was her calling – but assumed computing would be her bread and butter.

“At that time, it was all about the Y2K bug,” she explains. “Every company was interested in computer science or anyone with a science background. But I kind of knew that I wasn’t ever going to sit behind a desk and just do programming. I wanted to do something different. I ended up falling into an actuarial career while looking for internships, and Liberty Mutual happened to offer me a place.”

She credits Liberty not only with giving her a solid foundation in actuarial science, but also equipping her with a firm grasp of the insurance industry. “The company had a great actuarial rotation program for the actuarial students,” she says.

“I came away with the feeling that actuarial science is absolutely critical. The ability to evaluate risk is really the backbone of any insurance company. Even the CEO of Liberty Mutual at the time was an actuary. So, I could see that this was a great career path.” 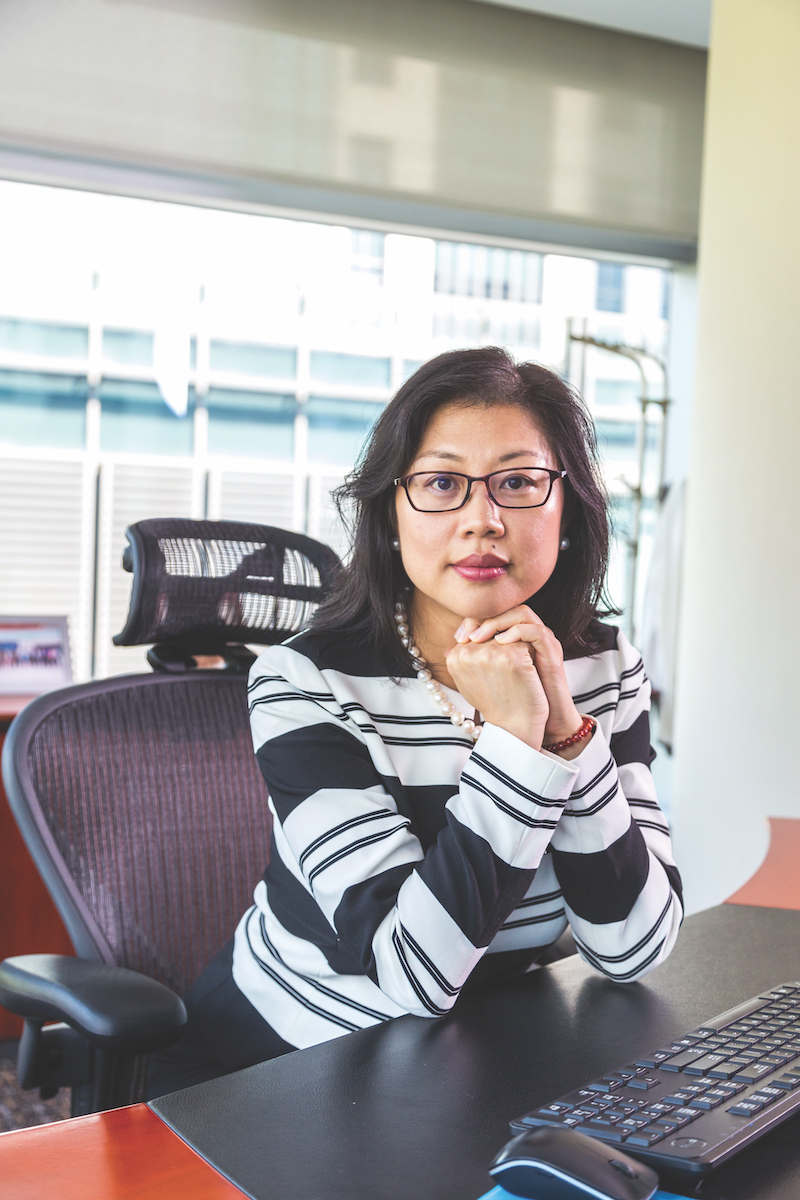 That path then led her to AIG as Regional Actuary and Assistant Vice President between 2003 and 2008, and then onto Head of Protection Proposition and Senior Actuary, Global Life, for Zurich before landing at Mercer as ASEAN market CEO in 2013.

“Returning to AIG feels like coming home in so many ways for me because I’ve moved around in my career with different organisations and also because I’d moved into a consulting space, but I feel like my strength and my passion is still in the insurance industry,” she says.

“AIG was always really close to my heart because I learned so much from the people during the five years I was here for the first time. There were many amazing colleagues who were so passionate and genuinely loved the organisation and the business.”

Returning to China, Lisa has discovered that while some things have stayed the same, much has changed in her homeland. “The Chinese market is extremely advanced when it comes to the digital space,” she says.

“It’s unique in the sense that an entire generation are digital natives, but even beyond that the whole country is living on mobile. Business, payments – everything is done through devices. The country went straight from cash to mobile, bypassing credit cards completely. It’s just amazing.

However, even though returning to the AIG fold feels comforting and familiar, Lisa hopes to shake things up, with the backing of former Asia-Pacific CEO Chris Townsend. “My manager, who runs the general insurance international businesses is a returnee also,” she says.

“Chris worked in AIG for 25 years before he went to MetLife and decided to come back and really rebuild the AIG business as we knew it many years ago, a market leader, an industry leader that was extremely innovative, very commercial and very entrepreneurial. And so, with that vision, we talked about how we could rebuild AIG and reposition ourselves as the industry leader. And the position that he pitched me was the China CEO role,” she says.

“It was an amazing opportunity and I wanted to make sure that I could come in, drive change, help our colleagues and help the organisation to realise its full potential in this hugely exciting and very dynamic market.”

There was just one small problem – she was seven months out from having a baby. “In the insurance industry especially, it’s rare to have female CEOs – let alone ones who are pregnant,” she says, laughing.

“In the insurance industry especially, it’s rare to have female CEOs – let alone ones who are pregnant.”

“I think it just shows that AIG really has transformed. My boss is extremely caring and also very inclusive in his thinking. I got great support from the organisation – for a company to be so open-minded about bringing on new female CEOs who are pregnant, that takes guts from an organisational perspective.”

As she witnesses – and personally enjoys the benefits of – the corporate landscape shifting around her, how does she see the insurance industry evolving in the future? “The actuarial function itself is changing because much of the work that I used to do manually – cleaning up, organising, even analysing data – will eventually be replaced by robots,” she explains.

“Also, we are starting to look at risk much more dynamically. Scenario pricing, dynamic pricing is going to become very much a key of the future of insurance and all this is supplemented by the big data.

“The industry is really changing – the availability of different kinds of data, from static to behavioural to digital data that is being collected in various platforms and how all that links together in order to provide a much more creative and also more actuarial pricing,” she says.

“The insurance company that can stay ahead on the digital side and is able to move fast and be more agile is going to be much more successful.”

“And I think the insurance company that can stay ahead on the digital side and is able to move fast and be more agile is going to be much more successful.” As business still licks its wounds from the fallout of the financial crisis, is AIG one of those companies?

“AIG was one of the first to create and educate the market about cyber insurance. This was 15 years ago and people are still talking about it today,” she says.

“As the world continues to change, the change of pace is becoming faster and faster. I think the way that AIG can really do a lot for the growth of society and also the growth of any organisation is by helping them to understand risk better, providing risk management solutions and helping provide protection and to actually limit potential loss.

“Part of our value proposition is we’re not just there to pick up the pieces but rather address vulnerabilities and to provide solutions and consultations way before loss, injury or even death occur.”