The sky is the limit: Bernie Ridgeway Bernie Ridgeway isn’t afraid of hard work. Before he joined Imdex as Managing Director in 2000, the company was struggling. While many others might have walked away, he saw plenty of potential in the troubled business and had no doubt he could turn it around.

“Imdex was generating revenue of approximately A$20 million per annum, it was losing money and had a market capitalisation of less than A$10 million. The company was listed on the ASX in 1987, so after 13 years as a listed company, things were not great,” Bernie recalls. “I took on the challenge because there was an opportunity to acquire a significant stake in the company and, given its past performance, I could not do any worse.”

In fact, Bernie had so much faith in the mining technology company that he was even willing to put his family home on the line. “I convinced my wife to mortgage the house and borrowed A$500,000 to acquire my 6% stake in the company and become the single largest stakeholder,” he says.

It took several years for Bernie to get the business back on track, focusing on restructuring the board and disposing of the businesses that did not offer scale or synergies. “The first period was tough as it took a few years to institute the changes necessary for the business to grow. However, with a new board in place from early 2004 and a new strategy, Imdex was free to prosper,” he says.

“Today, Imdex is the global leader in subsurface intelligence. We have developed cloud-connected devices and drilling optimisation products to improve the process of identifying and extracting mineral resources globally. It’s about drilling faster and smarter and knowing your rocks in real time.”

Since 2005, Imdex has made 15 acquisitions around the world, allowing the business to have a global presence. “The benefits are significant in that we can roll out new technology more efficiently than any of our competitors. We are located where our customers are, and they appreciate that,” Bernie explains. When it comes to innovation, Imdex often collaborates with its suppliers and partners in the industry. The company is currently working with METS Ignited, a government-funded, industry-led growth centre for the mining equipment, technology and services sector, as well as Anglo American, Teck Resources and Orica to develop its new Blast Dog technology.

In addition to increasing mine to mill efficiency for clients globally, Blast Dog will also provide Imdex with an opportunity to create an additional non-cyclical revenue stream.

“Depending on the size of the project, the adoption of this technology will add tens of millions of dollars to each project’s bottom line each year. So, it’s massive in terms of the increased revenue that our clients will be able to generate,” Bernie explains.

“Adoption of new technology is a must if companies want to remain competitive and attract investors.”

“We’ve got two mining companies and the leading explosive supplier involved. Forming key alliances is critical to tackling this market and ensuring industry adoption. So, this is a really good example of how a smaller company like Imdex can partner with larger companies and ensure the success of a new technology that we’ve developed from the ground up.”

Imdex has obviously come a long way over the past 19 years, and Bernie believes that’s all due to the dedication of his team. “With the right vision and outstanding commitment from the board, senior management and a global workforce, Imdex has become a global technology market leader in subsurface intelligence and is playing an important role in changing the way the minerals industry operates,” he says.

“If you have the right vision and you’re passionate and committed and you want to get it done, you can do it.”

Although Bernie recently announced that he plans to retire in June next year, he has no doubt Imdex will continue to thrive in the future. “We have a young and talented team, a great board and a leadership team who will take the company to the next level,” he says. 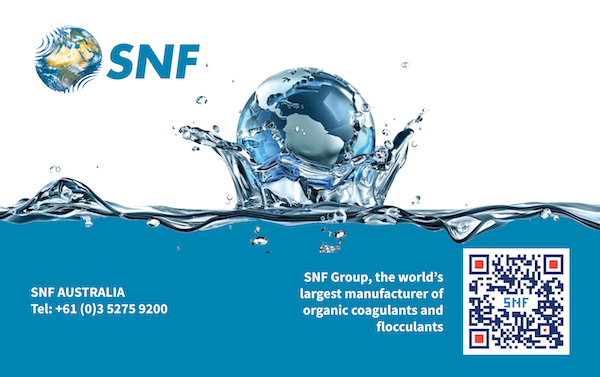 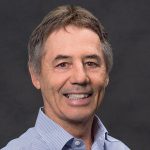