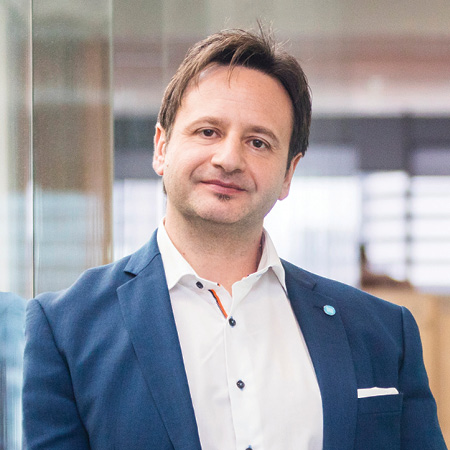 By the year 2030, Ericsson believes that the world will be quite a different place to what it is today. Based on extensive research, the global leader in communications technology and services has come up with some predictions about what will unfold in the next fourteen years. Emilio Romeo, CEO and Managing Director of Ericsson in Australia and New Zealand, shares a few of them. “Millions of people will have a life expectancy of 150 years,” he says. “People won’t need to drive cars unless they want to. Food will be grown in skyscrapers because of urban density. Buildings will generate more energy than they consume. People won’t need to learn any other languages because technology will translate everything for them. Cash will be all digital.”

Ericsson is at the forefront of the technology that will be responsible for turning these predictions into reality. And with the digital era in full swing it might happen quicker than we think. “The year 2030 is not too far away,” Emilio notes. “It’s all quite exciting.”

For more than twenty-six years Emilio has been working in the telecommunications and IT space, and nineteen of those have been with Ericsson. He was appointed as the CEO of Australia and New Zealand at the beginning of 2016 and when he first took up the position he says there were some key areas that he felt the company could have a positive impact upon.

“As an industry we are at an inflection point, and for someone who loves the application of technology for good, I see huge opportunities for Ericsson,” he says. “Throughout history, large changes have been brought about by ‘general purpose’ technologies. For instance coal was a general-purpose technology in the Industrial Age, and its importance has now transcended into various other industries. In the ICT world, these general-purpose technologies are mobility, Internet of Things (IoT), and cloud; all have broad applicability going far beyond this industry. They are becoming the foundation for society, which other industries can operate and innovate.

A networked society: anything that can benefit from being connected will be connected

“We are now at a turning point where the next wave of innovation will give us a totally new economic model,” says Emilio. “We call it the networked society where anything that can
benefit from being connected will be connected.”

Ericsson is heavily involved in helping network providers, service creators, societies, governments, enterprises, and operators navigate this period of great transformation. And its broad portfolio and global expertise ideally positions it to work across all of these areas and more. “Because of this inflection point, every industry will transform, some quicker than others,” Emilio says. “All of them can transform into segments we might not have even thought of.” Retail is changing with teens and young adults hiring outfits over social media, rather than going shopping at the big department stores. Healthcare is moving towards a more proactive management approach with wearables and new technologies coming onto the market, and this is slowly impacting upon the role that traditional hospitals and medical centres play in peoples’ wellness. Media is another big one which is evolving rapidly as people dictate what they want to watch and when, rather than the television stations being in control. According to Emilio, every single industry as we know it is shifting.

Heralding a new era without barriers or borders

Ericsson isn’t immune to the changes, it is transforming as a company too. “We have gone from having data centres across the globe, to consolidating most into three mega data centres — two in Sweden and one in Canada,” Emilio says. “The centres support engineering on virtual platforms, with global test labs and IT hubs connected via a single virtual environment. That makes a huge difference for our 25,000 R&D specialists who are able to collaborate better. That’s just one example that shows we are in a new era where there are no barriers or borders.
The big opportunity for us is to provide technology which will enable companies to exist in the future.

“We’ve estimated that half of the enterprises around the world will kick off an IoT project this year, and half of the operators will kick off an IT transformation project. You can only imagine the opportunities that will come from that. Although so many companies know they have to transform, a very small percentage actually know how to do it. We feel we can help them with that.” Emilio notes that Australia is already quite a mature market as it has some of the best technologies and networks in the world, and Ericsson is proud to be at the forefront of many of those.

Ericsson has roughly 66,000 services professionals across 180 countries; all of whom are helping businesses prepare for the next wave of technology which is driven by mobility, broadband, and the cloud. Emilio notes that Australia is already quite a mature market as it has some of the best technologies and networks in the world, and Ericsson is proud to be at the forefront of many of those. The Australian business has contributed to more than twenty world-firsts with Telstra in the past decade.

The excitement of blazing a trail

“We are trailblazing in many ways,” Emilio says. “That’s the bit that excites me. I don’t think of Australia as ‘small’, I think of us as world leading. Ericsson has been in the country for 126 years and that gives us a good footing with disruption and transformation. We have been living, doing, and driving it for all of those years. That gives us confidence to deal with whatever challenges are thrown our way because we feel as if we’ve been there before; we’ve learned and we’ve got the experience. We have been here as long as any Australian company of significance and that gives me a great sense of pride. We’ve touched Australians’ lives in so many ways, often without them even knowing it. I feel so privileged to be heading a company that does that, and leading a group of great people that have allowed us to achieve the success we have.”

Thanks to this long history and global backing — the company was founded in Sweden 140 years ago — Ericsson has strong foundations with engineering and infrastructure at its core. But, as Emilio notes, it’s the company culture that sets it apart from its competitors. “It’s the skills of Ericsson’s people and the culture that differentiates it. We believe in dealing with integrity, and winning business on its merits. We have zero tolerance for corruption, and we will choose to lose business if it means retaining our integrity.

“I find that the best results come when I bring the best out of my team and I’m a big believer in strong, positive encouragement. I believe in empowerment; in making people accountable for themselves but also in giving them the space to excel. At Ericsson the three things we stand by are: respect, perseverance, and professionalism. We are also strong believers in diversity because a diverse team is the best team.”

Robust partnerships have also played a role in giving Ericsson its competitive edge. “We work best in partnership,” Emilio states. “What we’ve learned is that one company can’t do it all, and when Ericsson says partnership it’s in the true sense of the word. We are either in it all the way or we’re not.”

With all of these elements in play, Ericsson looks set to help many through this period of great transformation and to realise its 2030 predictions. Emilio is confident that Ericsson’s work in the IT and telecommunications space will no doubt benefit the way people live and work all over the world. 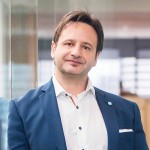