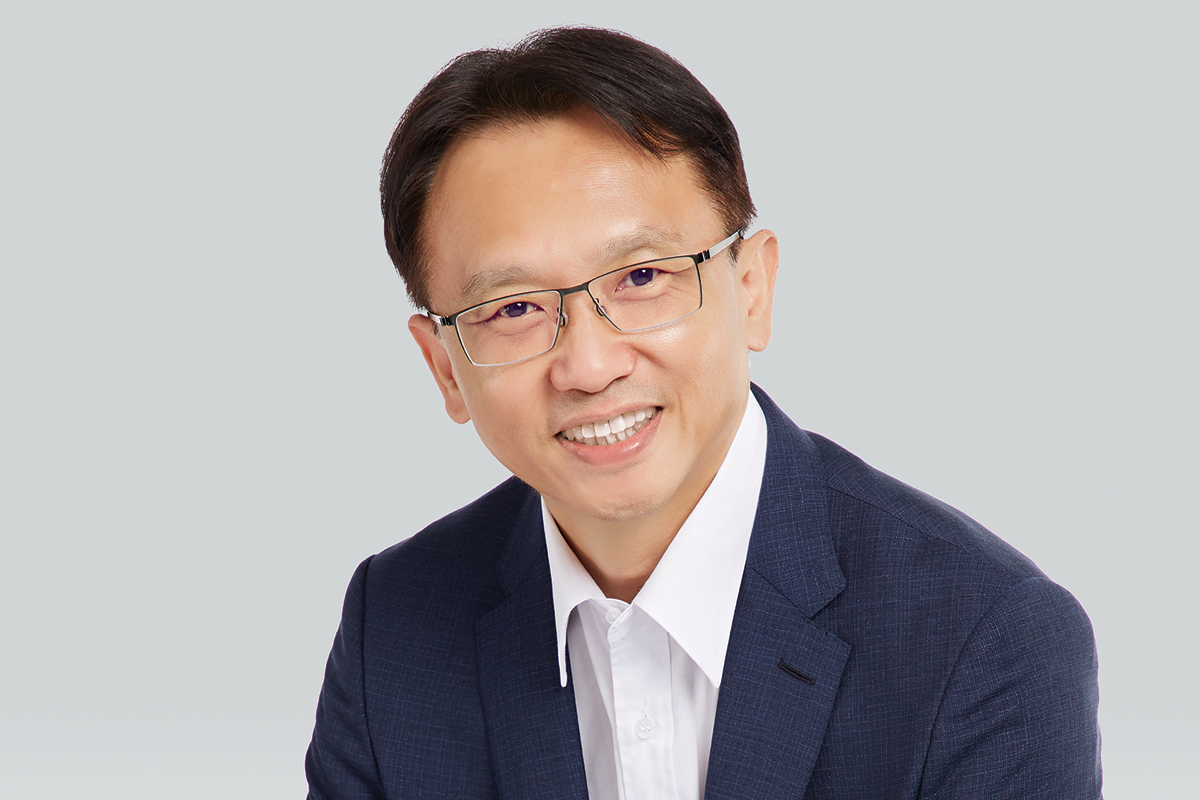 When Jason Chen was presented with the opportunity to join Acer as CEO in 2014, the company was struggling. It had been suffering heavy losses for three years and had recently reported its worst-ever loss. “At the time, there was a lot of turmoil and the company was going through some very interesting turbulence,” Jason reflects.

Yet it wasn’t enough to deter him from taking on the challenge of stepping into the top seat. “I was the fourth CEO in three months,” he adds.

“I was invited by Stan Shih, who was the Co-Founder of Acer Group. When he asked me to join the company and try to turn it around, I have to say I was thinking hard about it. One of my friends said to me, ‘This is not just an icon of the industry, but also the confidence of the industry; how and why the industry will be able to continue.’ That triggered my ambition.”

Despite his initial hesitation, from the moment Jason accepted the position he never doubted that he would be successful in turning around Acer.

“I had high confidence that it was a good company. It was just a matter of asking, ‘How are we going to do things differently?’” he explains. While many CEOs in the same situation might start making big changes straightaway, Jason took a different approach.

“Somebody had given me a long list of company issues that was colour-coded in terms of priority. I quickly scanned it, put in my drawer and never looked at it again,” Jason recalls, laughing.

“Rather than focus on the problems, I decided to focus on the company’s strengths and opportunities.” Before joining Acer, Jason was Senior Vice President of Worldwide Sales and Marketing at TSMC.

Prior to that, he spent 14 years working at Intel, during which time he was based at the company’s US headquarters in Santa Clara.

“That was when I realised that many people in the United States educate their kids differently compared to most Asian families. When Asian kids bring home their school report card, out of five subjects they might have mostly As and one or two that are Bs.

The first thing the parents do is hire a tutor to work on the Bs,” explains Jason, who’s now based in Taiwan.

“But in the US, they look at the report card and if there’s only one A and the rest are B, C and D, they decide to focus on A and say, ‘You know what? Let’s make that A an A+, because at the end of the day, you will probably be counting on that A subject to pay your bills.’”

Jason applied the same concept to Acer. “I knew we needed to focus on A; to see what strengths we had and focus on those strengths, which is our brand, channel, reach and footprint around the world,” he says.

“We had to work on that and focus on how to fully utilise our strengths, and to make sound business from there. So that’s what I did.” And it worked. Following three successive years of net losses, Acer recorded a net profit of US$56.5 million (A$92 million) in 2014. 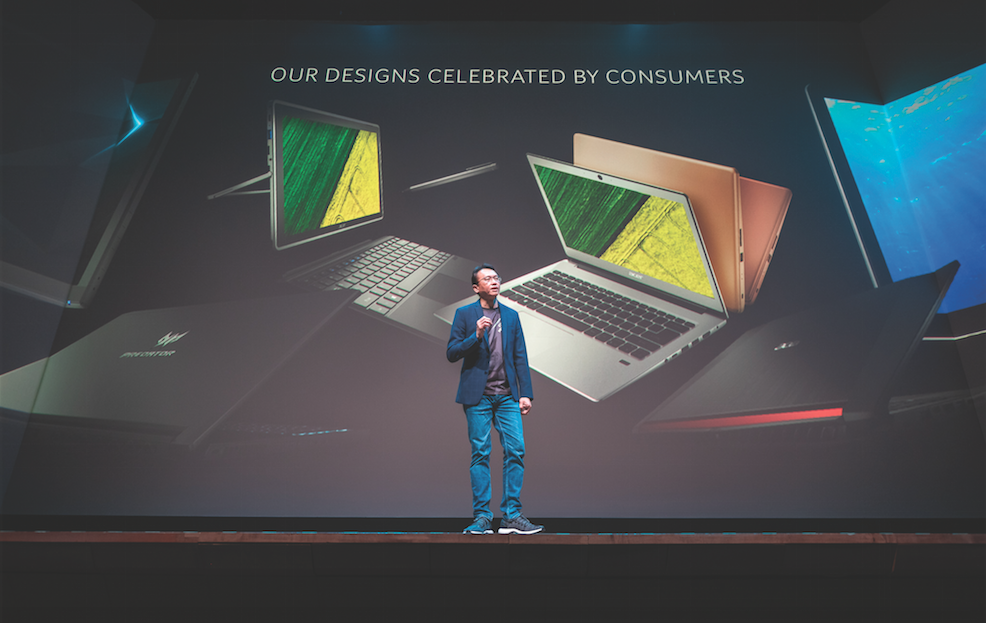 Since then, Acer has gone from strength to strength, however, Jason insists they are only just getting started. “I always say that the best is yet to come,” he smiles. “When I first came into the company, I realised that the last page of everybody’s presentation said, ‘Thank you.’

Here, Jason takes time out of his whirlwind visit to Australia to talk to The CEO Magazine about leadership, innovation and why there’s a bright future ahead for Acer.

In recent years, you have had a lot of success targeting the gaming market with your Predator product range. Why has this has worked so well?

If you look at Acer, it’s a 40-year-old brand. To put it nicely, it has a long history, but in a more blunt way, it’s an old brand. So we looked at how we could polish it and make it more relevant to today’s youth.

We realised that gaming is a new megatrend; it’s high passion, high energy and the right race to focus on.

It’s one of the areas that we believe we will be able to penetrate. But we are not the first company to venture into gaming, so how do we make ourselves the best? The answer lies in thermal technology.

We have put a lot of effort into R&D in this area and we now have more than 300 thermal technology patents, which is more than any company on the planet. This allows our products to perform better and for longer, which is what gamers really care about.

Even using the same chips, we are able to perform better than others. Last year, we grew by close to 30%, while the gaming industry grew about 8%. We outperformed the industry pretty nicely. 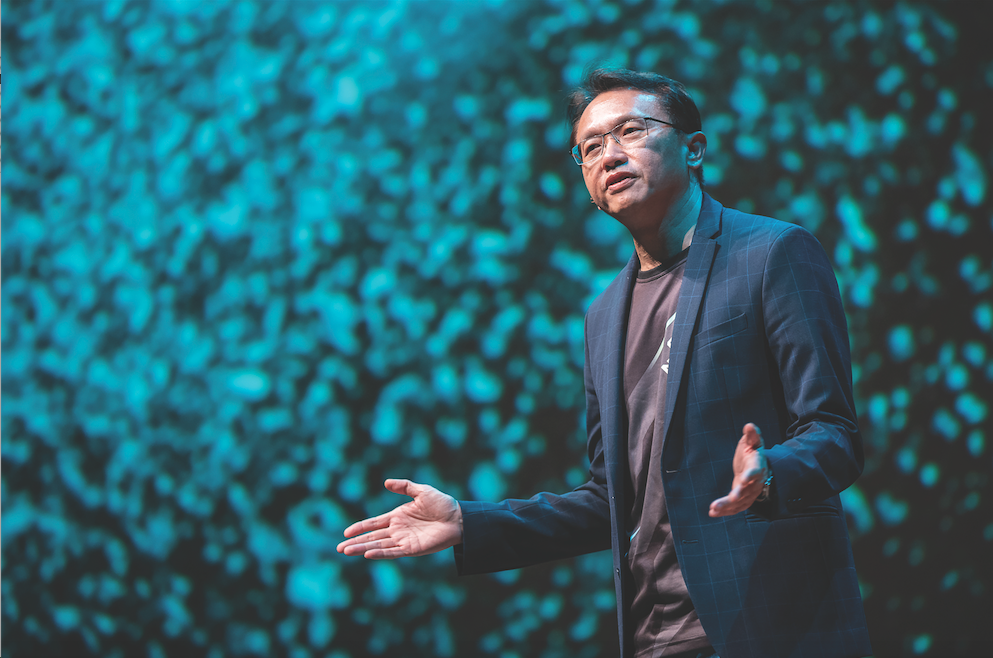 Acer has also just released a new product range known as ConceptD. Can you tell us about that?

When we have business success, we can’t just enjoy the success and expect the success to continue.I don’t believe that.

I think a business has its own life cycle, and therefore when we have success, we have to start to look for what’s next. That means we have to read megatrends and microtrends very carefully.

For a company like Acer, we have to identify an opportunity that is big enough and relevant, but small enough that we will be able to win.

Because if we’re talking about cloud, big data, artificial intelligence or blockchain, then as soon as we get in, we’re going to encounter this 500-pound gorilla and we won’t necessarily be able to win.

One microtrend that we identified was that 50% of our gaming PC buyers also use it as a productivity tool, but about 15% don’t play games at all, which puzzled us. Why do they buy a gaming PC if they don’t play games?

When we dug into it, we realised they’re engineers, designers and architects. They have no choice, because they need the graphic capability and they need the computing power. A regular PC is not powerful enough, so they have to buy a gaming PC.

So that’s when we said, ‘Why don’t we come up with a product specifically for those designers, engineers and architects that will perfectly fit their needs?’ So then we started looking at what they need other than computing power and graphic capabilities.


Founded in 1976, Acer is one of the world’s top ICT companies and has a presence in more than 160 countries.

With our ConceptD range, we’re the first company to come out and benchmark to the world that our product has a Delta E accuracy of less than one.

What are your other areas of focus for growing the business?

One of the megatrends we’re seeing at the moment is that PC gaming is moving into eSports. People do gaming for fun, whereas eSports is becoming a professional industry. According to some third-party data, eSports is growing at about 8–10% every year, so it’s a megatrend that we know is growing fast.

eSports will be unstoppable and we’ve put three anchors into this big ecosystem: our Predator gaming hardware, as well as tournaments and a social platform. We’ve been in the gaming hardware business for about four years and in that time we’ve built a business that’s worth close to US$1.5 billion (A$2.4 billion).

Our Predator League tournament has about 4,000 teams participating in 18 countries or regions. We were planning to hold the finals in the Philippines in February, but we had to postpone it due to the coronavirus situation.

It was only our third time running it, but we actually sold close to 20,000 tickets. And there are so many other business opportunities surrounding a tournament, including broadcasting rights, sponsorship, advertisements and souvenirs.

Our third anchor is our eSports social platform called Planet9, which is like Facebook for gamers. We launched it in September last year as a limited closed beta, but it’s now open beta and we are inviting as many people to join as possible.

Our membership is increasing very quickly and we feel excited about that. This is the first eSports social platform in the world. Again, there are many business opportunities surrounding the social platforms, such as advertisements, sponsorship, team agents and coaching businesses. It’s very exciting. 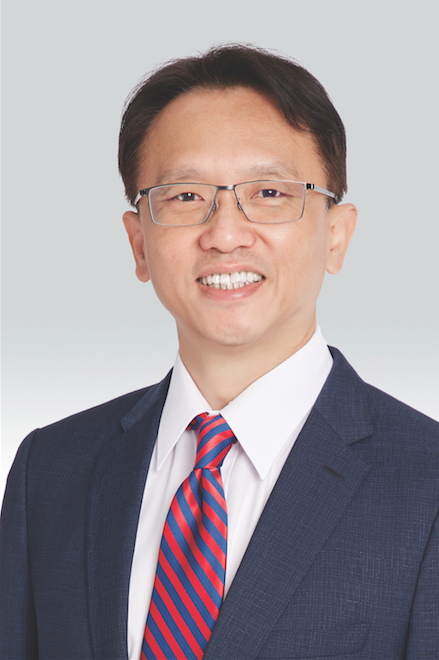 What is your overall vision for the future of Acer?

First, let me give you a history of the company. Acer has been around for almost 45 years. In its peak, the Acer Group had 11 public-listed companies around the world.

When I joined the company six years ago, it was just one company. So I asked Stan, “What happened? How did you lose other 10?” And he said, “Let’s not worry about the past; let’s move forward.”

So the prospect that I would like to portray to you is that we will once again establish a fleet of listed companies. Six years ago, we had one company and now we have five. The fleet is coming together and, in the pipeline, we have another 5–10 companies that are ready to go IPO.

So there’s a lot of new initiatives and we’re very excited about the fact that we’re not just diversifying the business beyond PCs, but also creating opportunities for our employees. That is what I enjoy most about my job, creating opportunities for our employees within the company, as well as making a positive impact on the industry and the world.

Describe your approach to leadership?

I like to show my team a very clear direction and provide opportunities for people who come up with new ideas. I want people to feel motivated about what they are doing and make sure they understand how and why they’re contributing into the big picture.

When I’m asking people to do their work, I don’t want them to think they are just piling up some bricks. I want them to know what they’re building, whether it’s a church, a community centre or a temple. By showing them the big picture they feel like what they’re doing is really meaningful.

I want people to feel motivated about what they are doing and make sure they understand how and why they’re contributing into the big picture.

One of the things that I advise people is to always stay humble, so you will be able to continue to learn.

Our target audience is young people, but in Acer and many other companies, the decision-makers are people like me, who are middle aged and older. This is why I have a technical assistant to help me make the right decisions for our younger customers.

Meanwhile, I learn more about younger people from him. For instance, I have to make an effort to learn how to use something like Uber Eats, whereas for him it’s part of daily life. We learn from each other. 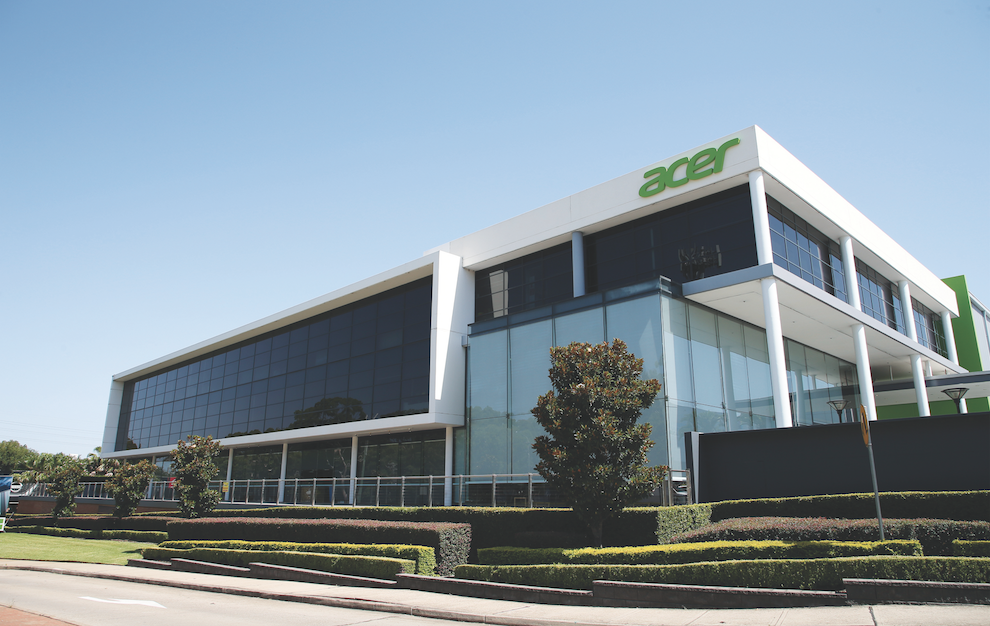 What has been the biggest challenge of your career?

The biggest challenge of my career? I’m still searching, but I see every day as a challenge. I want to make the company better, become a better leader and also make a positive impact on my employees, society and the world.

I feel very, very grateful that God has given me a lot of mercy. I’ve had the opportunity to perform and to demonstrate what I can achieve. I would very much would like to use that opportunity to provide chances and platforms for the people surrounding me, whether that is my business partners or our employees, so that they can also enjoy what they are doing.