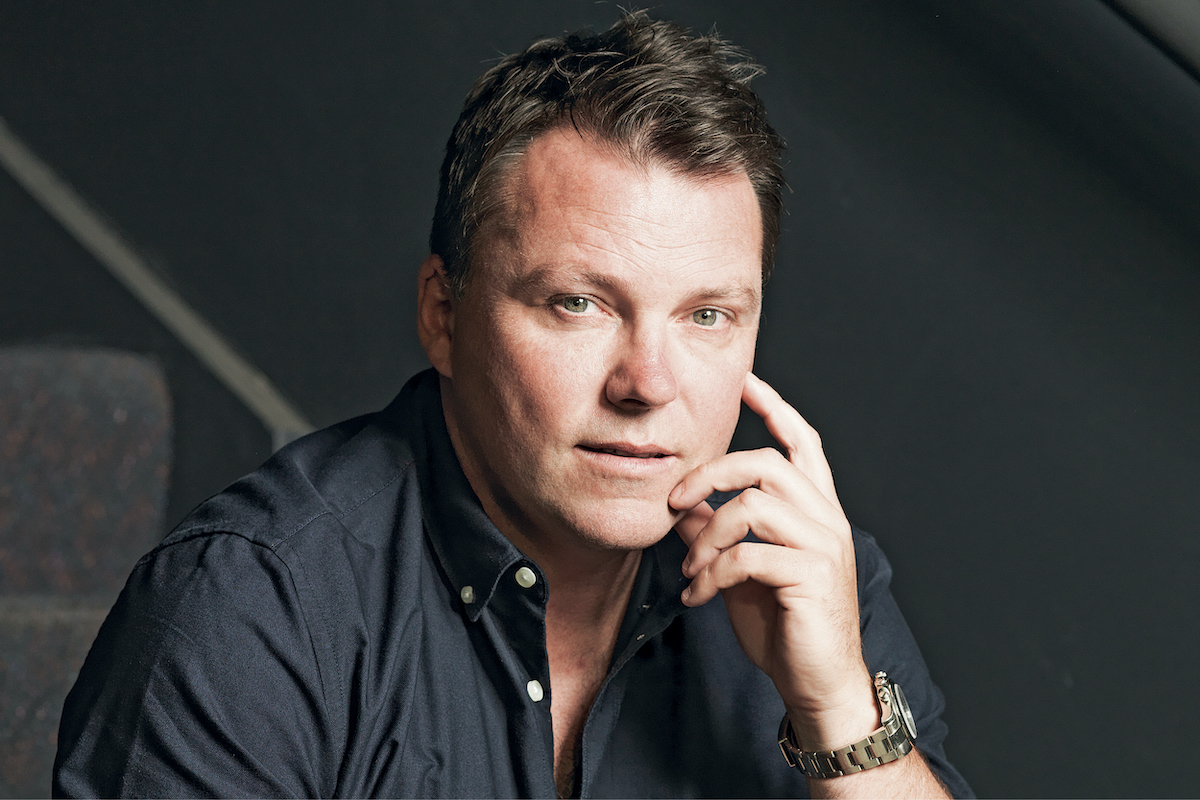 Jason Wyatt didn’t want to work in the past – so instead, together with business partner and childhood friend Sam Salter, he created the future. In 2017, Marketplacer, an online marketplace software for scaling businesses, was launched.

Marketplacer’s core product is an ecommerce platform for online marketplaces that connects customers to a range of products. The software offers enterprises a plug-and-play platform that eases the ability to create marketplaces for products, services, events and bookings.

“The challenge for businesses trying to scale is striking the right balance between growing revenue while maintaining profit and ensuring you grow at the correct pace,” explains Jason. “Sometimes, business leaders set budgets and forecasts that are extremely ambitious, especially in the startup world.”

Jason reaffirms that Marketplacer is focused on over-delivering, hitting targets, coming through on promises and, most importantly, putting the customer in the centre of the vortex.

After experiencing success from their first business, BikeExchange in 2007, which is the world’s largest bike marketplace, the duo had another lightbulb moment. Sam and Jason realised that the technology solution they had created could apply to different markets and industries.

“It’s rare in your life that you get the shot to create a global technology business,” says Jason. “People often say you get three big chances in life. But internally we say that we have only one big chance, which we’re grabbing with both hands.”

“People often say you get three big chances in life. But internally we say that we have only one big chance, which we’re grabbing with both hands.”

The ecommerce software business is a startup with 10 years of technology experience, which is rolled out to customers every day of the week. Jason acknowledges that that’s a unique opportunity to have.

Growing up, Jason followed a conventional path: school, where he achieved good grades, which led to a commerce degree. He then found himself working at KPMG in London. “You’re told that that’s the dream,” he notes.

“It’s a grounding and a great place to work – and it is all of those things.” Yet the realisation that accounting is very much historically focused, not product focused, quickly dawned on him.

“I don’t miss the true accounting world,” he says. “But the accounting profession gives financial acumen and a good grounding to create a business.” Jason had other ambitions in mind. He wanted to create, sell and witness people using his products.

The first year of running Marketplacer involved solely focusing on the customers’ needs and wants. Jason notes the single challenge the business aims to solve is of ecommerce transformation, anchored around helping companies, retailers, manufacturers and distributors.

Now with more than 60 customers, including Myer, Metcash, Accent Group, Bob Jane T-Marts, PETstock and Jayco, the Australian company continues to create a one-stop destination for both customers and sellers.

“The initial challenge of any business is that you’re at ground zero,” reflects Jason. “When you’re standing at the bottom of a big steep hill, which you’ve got to climb rapidly in the modern world, it can be daunting.” 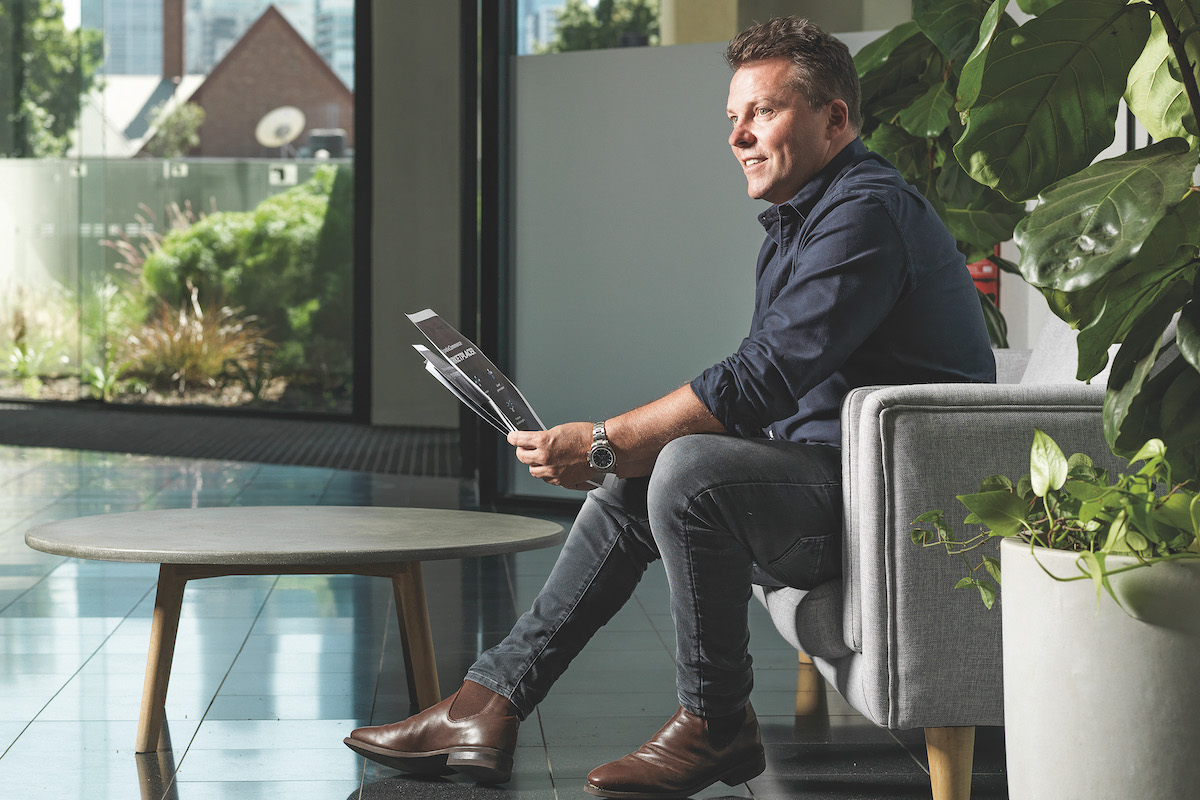 To ease this anxiety, Marketplacer aims to celebrate the small wins along the way, which allows time to slow down, think and breathe. “When you start any business, any CEO would be lying if they said that they didn’t feel a little bit overwhelmed.”

The other challenge the business faces is that of onboarding, training and educating. Since its inception, Marketplacer has been emphasising upskilling and hiring the right people with experience to scale the business globally over the next 12 months.

In the world of tech business, Jason says one of the lessons he has learned is the significance of communication with stakeholders. “Everything is anchored around communication. It’s something I heavily focus on.” The other experience Jason holds dear is that “you’re only as good as the people you surround yourself with”.

He adds, “At Marketplacer, the people we’re surrounded by are smart and inspiring, and they’re just good humans.”
Discussing his motivations and influence in day-to-day life, Jason says it’s all about perspective and resilience.

He describes himself as resilient – achieved through experience, exercise and maintaining a balance. “I try to exercise every day and sleep as much as possible. I heavily focus on a balanced lifestyle between my family and work.”

Since the Australian company launched Myer’s online marketplace, The Myer Market, it has introduced products from third-party sellers and new categories. The partnership has helped Myer with a few of its ongoing challenges, such as the constraints of their physical stores, capital and inventory.
The Myer Market offers a curated range of lifestyle products selected to appeal to the Myer customer. The range features boutique brands, sellers and products. Additionally, customers can purchase anything on the marketplace, and pick and return products from any Myer store.
Myer saw growth within the first 11 months of the partnership. The brand has also been able to scale beyond its department stores and online website. Visitors to The Myer Market site grew “consistently by some 30% month on month for the past quarter”.

To not feel too bogged down with the stresses of work, Jason prefers to compartmentalise. Meaning, he focuses on each facet – stress, chaos or the good – one at a time. “I chip away, and we deal with the task at hand. We don’t get overwhelmed by the enormity of everything all together.”

In a competitive market, Marketplacer is changing the face of shopping. “Exploit the now, which means delivering on our promise, and acquiring new customers over the next 12 months,” Jason confirms. “It is also about exploring the future. Our priority is to be global. We’re already in 11 countries.”

One of the countries on the cards is the US. Jason reinforces that the process to move into the US sector has already begun with the plan set to accelerate over the next year.

Marketplacer, now an employer of 60–70 staff, is continuously considering ways to motivate its workforce. As an avid sports fan, Jason often looks to sports teams for inspiration on creating a thriving environment.

“Organisations like the Melbourne Storm grant us lots of inspiration about how to run effective teams in unbelievably high-pressure situations – when it’s all or nothing,” he relays.

Jason has spent much time with sports teams he supports, as well as working with a number of sporting organisations to help unify their communities via a marketplace. He says it is all about taking the positives. “We take what would be effective within our culture and implement it.”

Creating a positive culture that inspires, empowers and is sustainable is a vital piece of the puzzle to ensure the business is on the right trajectory. “Culture starts with every single person,” Jason states. “Every person has a voice.”

“Culture starts with every single person. Every person has a voice.”

With the business growing in foreign markets, the eternal question and challenge Jason poses is, “How do we replicate our culture moving forward?” The answer, he says, is for key people to move into those new markets to achieve the desired culture and, ultimately, success. “That way, we can keep the DNA of what it means to be Marketplacer.”