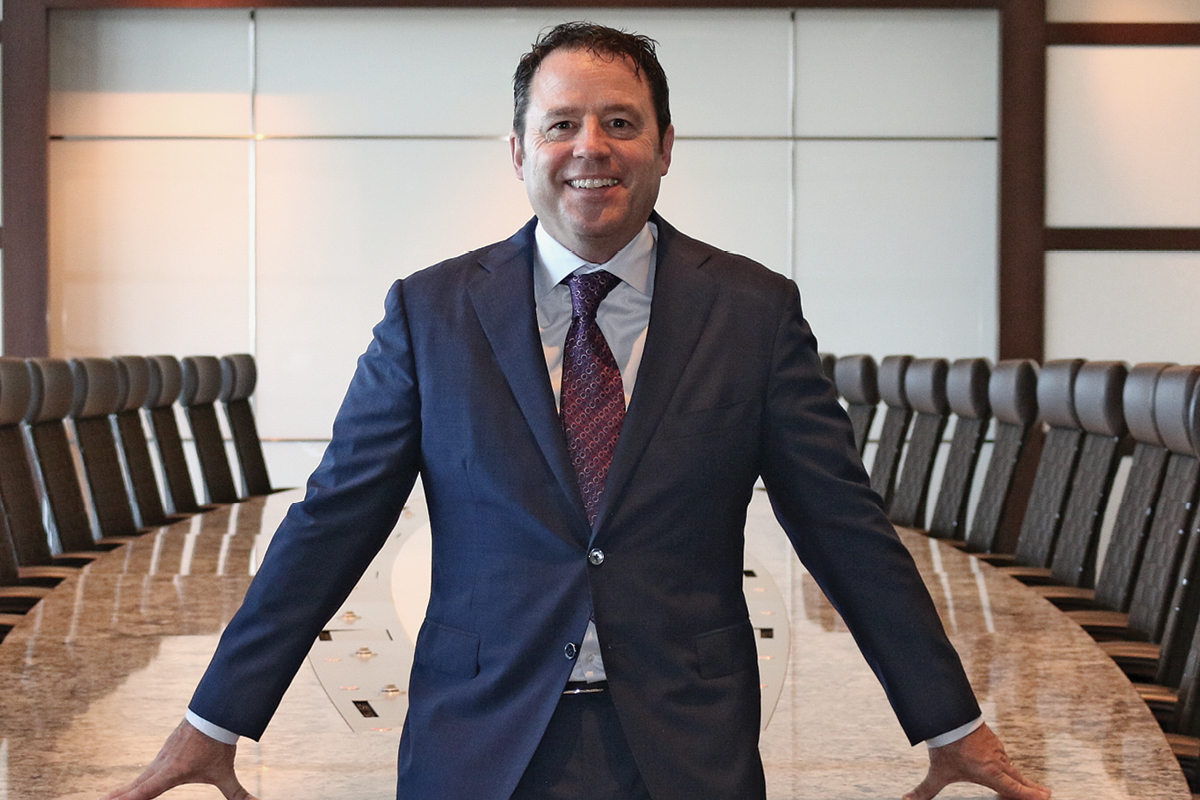 As 5G makes its highly anticipated, yet selective, debut on networks and in devices around the globe, Jim Cathey is urging business executives in the Asia–Pacific region to act now if they want to strengthen and expand their businesses.

“When a suite of technology from a company such as Qualcomm is available to you, it would definitely be beneficial to look at those technologies and see what is adaptable to your business or industry, and if it’s something you can integrate directly or whether you need other partners to bring that technology into your goods and services,” the Senior Vice President and President of Global Business for Qualcomm Technologies, Inc. (Qualcomm) explains to The CEO Magazine.

From the 5G “phenomena”, as he calls it, to expanding IoT solutions for smart cities and smart homes, Jim believes this is a “chance that doesn’t come around very often to access these technologies sooner rather than later”. “It’s also a tremendous opportunity for companies to either reinvent themselves or continue down a path they have already started by leveraging the technology that Qualcomm is bringing to the market,” he says.

One year ahead of schedule, the 5G rollout is already underway in South Korea, China, Australia, the US and Europe. As with its predecessors 4G and 3G, this next-generation mobile network has been pioneered by Qualcomm, although Jim predicts that South-East Asia and Asia–Pacific won’t have to wait nearly as long for this latest incarnation to arrive on its shores.

“In the past, with the migration from 2G to 3G and 3G to 4G, some regions, such as India, lagged behind the US by upwards of four years. But, with this G transition, I think the delay will only be a year or two – and the region will adopt 5G much faster,” he says.

More than a decade in the making, this next generation technology delivers new levels of performance, including faster speeds and lower latency. But more than just a mobile network, 5G promises interconnectivity between, and control of, machines, objects and devices.

The company is predicting the technology will be “as transformative as the automobile and electricity”. ‘The 5G Economy’ study, a report specially commissioned by Qualcomm, found that by 2035 (when the network’s full economic effect will have been realised), it will have generated 22 million jobs and up to US$12.3 trillion worth of goods and services.

“For the players in our region, getting on that road map will give them access to the massive growth that we foresee,” he says. “Asia–Pacific talks a lot about Industry 4.0; 5G and the technology that it brings is the fuel for this,” he continues.

“Asia–Pacific talks a lot about Industry 4.0; 5G and the technology that it brings is the fuel for this.”

“It gives the diversity of the region an opportunity to pick where it thinks its strengths lie, not just from a technology or product development standpoint, but also from a government and a country point of view. It will then allow businesses to develop in that area and then prototype and, if they want, eventually export those technologies and services,” he explains.

Jim has an in-depth understanding of the region that comes from having spent almost 10 years living in Asia. Soon after joining the company in its San Diego headquarters in 2006, he was transferred to Taiwan as VP Business Development/Taiwan Country Manager MEMS Technologies. 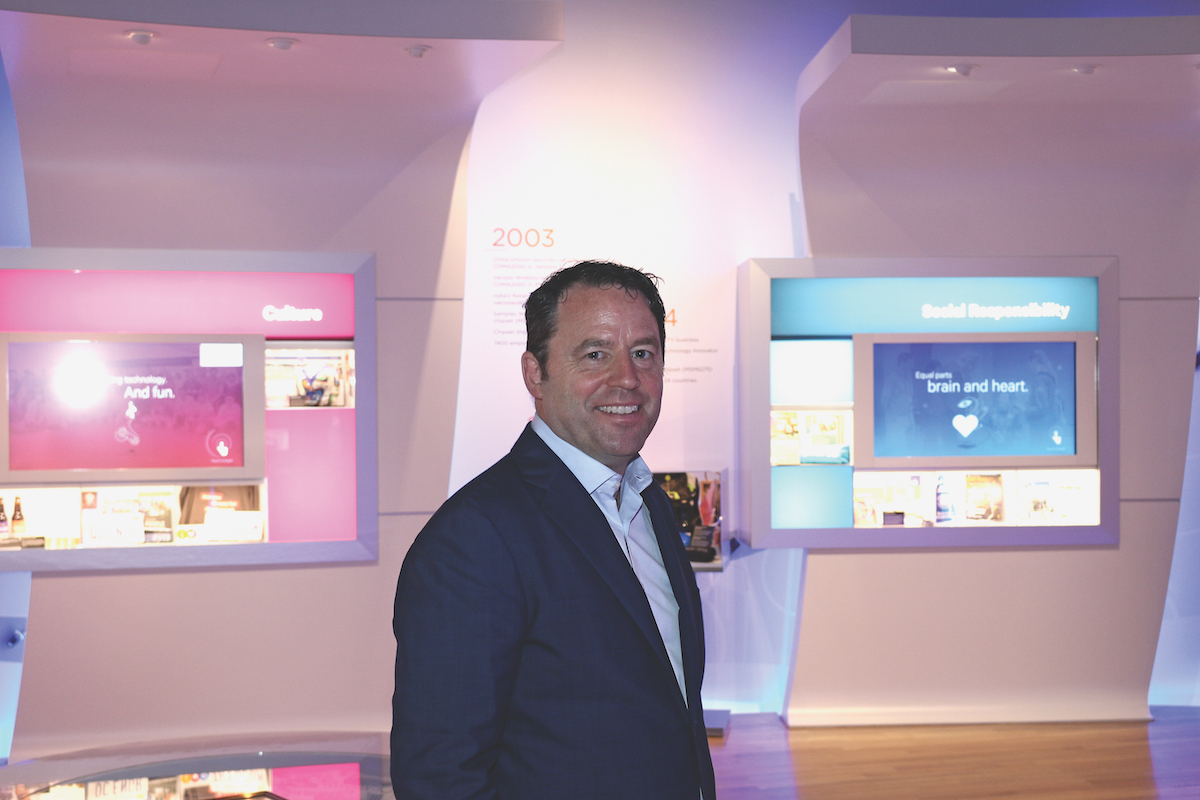 He then moved to Japan, where he stayed for four-and-a-half years. “Of course, there’s a certain amount of insight into the South-East Asian market that you can get by living in the US,” he says.

“But when you’re actually in the region and living there for a number of years, you really see the business opportunities from a completely different perspective. It’s very enabling.”

Asia, especially Asia–Pacific, is a “critical market” for Qualcomm, Jim says. “There’s a lot of technology that’s developed here and we have a very large footprint, not just in terms of customers but also partners,” he continues.

“We have many partners that we work with from a semiconductor standpoint, from the supply of the actual silicon itself to the OEMs and the ODMs that make the products, whether they are the smaller, local players or the big names that you find in Korea, Japan and Taiwan.”

As with Qualcomm around the world, he also partners with every carrier in the region on their planning and network optimisation. “Asia–Pacific is a very engaged business model. We work throughout the entire ecosystem to bring technologies that we’ve developed over the years,” he continues. But it’s also a region that moves quickly. “I have to keep my tennis shoes on to keep up,” he laughs.

Established in 1985 by a group of seven ex-Linkabit employees with a commitment to facilitate ‘quality communications’, today Qualcomm has over 32,000 employees working in more than 40 countries around the world. With over 130,000 patents and patent applications worldwide, more than US$55.8 billion has been invested in research and development since its foundation – a staggering figure for a company still to celebrate its 35th birthday.

Away from the big three of Korea, Japan and Taiwan, Jim says the other promising countries to watch in the region include Vietnam, which “is making a big push into product development and has a tremendous amount of emerging engineering talent, especially in the area of mathematics and software algorithms”. Indonesia and Malaysia are also on his radar. “In Malaysia, YTL Communications is a stand-out carrier with many new activities, especially in consumer and industrial IoT.”

Much more than a manufacturer of semiconductors, Jim says Qualcomm is, in essence, an R&D company. “We take enormous risks on developing new technologies that are multiple years out: whether they can even be developed, whether they’ll be adopted by industry, or whether they’ll even be used by the standards bodies around the world,” he says.

This sustained dedication to R&D, all while assuming the risk inherent in new technology development, is what Jim says gives Qualcomm its point of distinction in the marketplace. “When we fix our annual budgets, we’re committing a large percentage of the company’s funds towards R&D, and that’s not an easy decision,” he explains.

“The ability to do that for more than 30 years running, in order to consistently bring new technologies to the market, is unrivalled.” As is its capacity to share its innovations.

“Most companies develop technology for themselves to put in their own products. They don’t license it, they don’t do technology transfers, they don’t educate the industry,” he explains.

“Yet, when Qualcomm develops new technology, the industry is able to access it – and that’s key,” he continues. “We actually develop and bring to market technology that the entire ecosystem is able to leverage to generate and develop their own products and services. That’s what’s unique about Qualcomm.”