We call ourselves a 120,000-person start-up: Manish Goenka 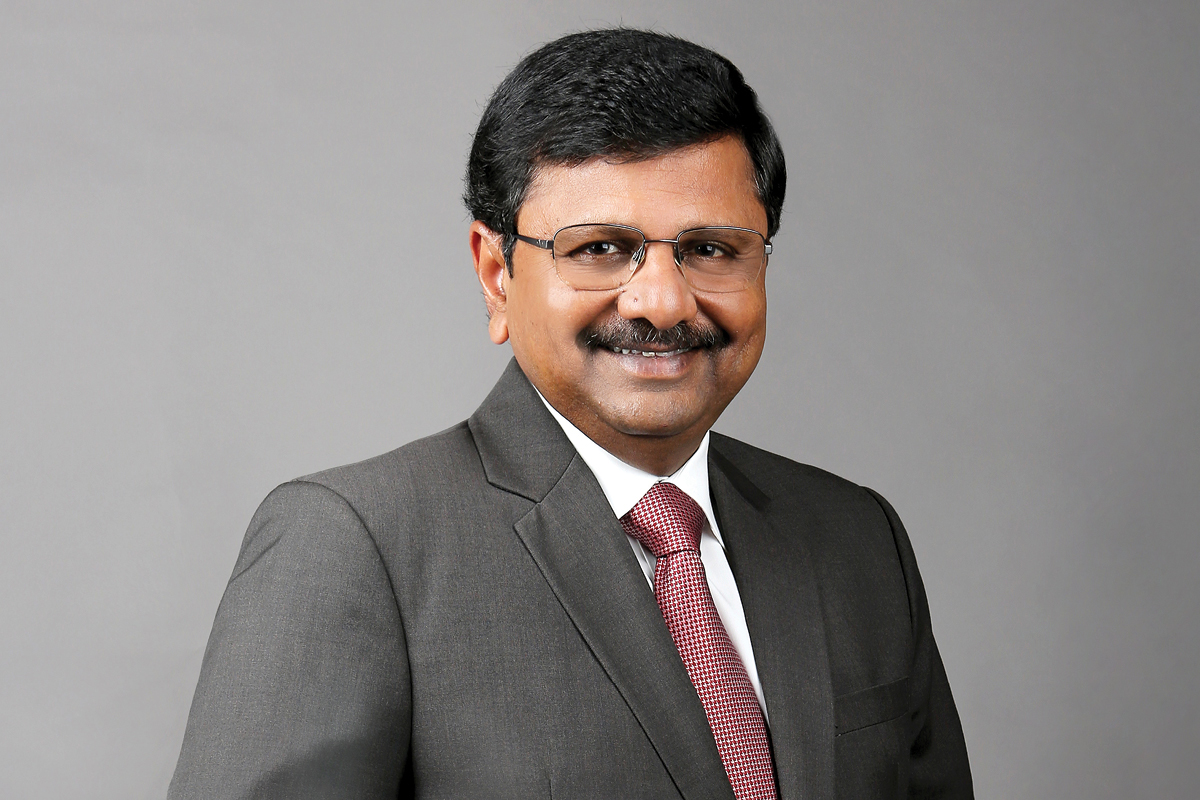 Manish Goenka, Vice President and Head of ASEAN at Tech Mahindra, began his career as an engineer. Back in 1981, he made the decision to begin his studies at a technical institute, and to this day, he considers it the best decision he’s ever made. But before he went off to study, he had to explain the decision to his father.

“My father wanted me to become a doctor, and I knew that my mindset was slightly different,” Manish recalls. “I had to sit down with him and have a detailed discussion about why I should become an engineer, not a doctor. It was the right decision. Otherwise I would have ended up in the wrong profession for me. 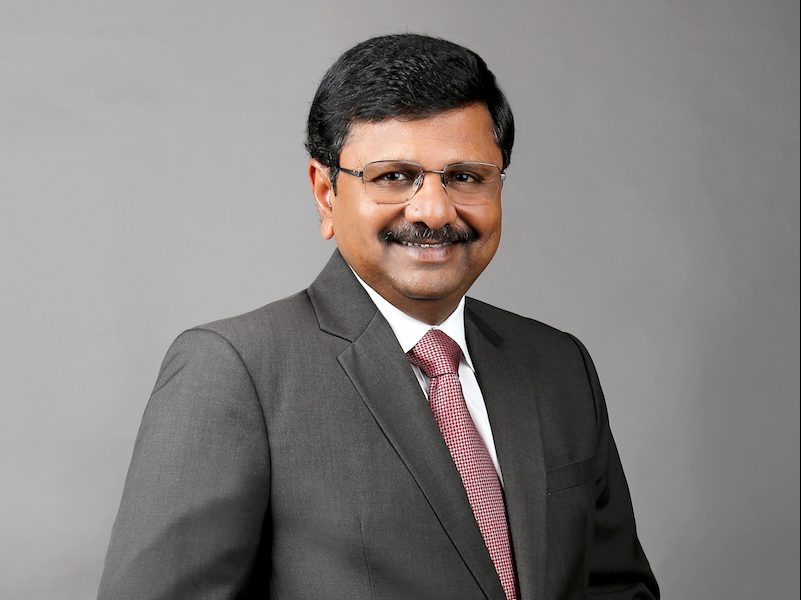 Ultimately, it may have proven a wise decision; Manish is certain he would have made a “bad doctor”. Of course, that’s not the only reason Manish made the right move. In the years since, he’s had a hugely successful career, as an engineer at first, and then later in management.

Since 1986, the India-based company has been a provider of IT services, solutions for networking technology, and business process outsourcing. Today, it employs almost 120,000 people, servicing around 930 clients.

Though Tech Mahindra does business in numerous regions, across 90 countries, one of its most complex, diverse, and promising markets is South-East Asia, which Manish now oversees.

“When I was offered this role, I looked at it two ways,” he says from the Singapore office he’s based in. “One was the opportunity to manage so many regions with so much diversity. I’ve spent more than 25 years working in the ASEAN region, so I also viewed it as a chance to contribute to the growth story of the region, in a small way, especially towards digital technology. That’s what drew me to this role.”

I also viewed it as a chance to contribute to the growth story of the region, in a small way especially towards digital technology

Throughout 2018, the ASEAN region has continued to perform well economically, with growth rates hovering around 5% each quarter. Indonesia, which accounts for a third of the region’s GDP, has enjoyed strong economic development, thanks to healthy employment growth and private consumption. The Philippines, Malaysia and Thailand are similarly major players, contributing heavily to growth in South-East Asia.

“While outsiders see a single market, ASEAN is a fragmented economic grouping,” Manish says. “On one hand, we have large economies like Indonesia, which are worth around a trillion dollars, and then we have countries like Laos and Cambodia that are about 15–20 billion-dollar economies.

It’s not just the economic disparity; the technological disparity is wide as well. Singapore, for example, is an extremely advanced economy compared to the developing ASEAN countries.”

While this does present opportunities, and an engaging environment in which to work, it also means Tech Mahindra must take a more nuanced approach to doing business in the region. “It’s impractical to rely on one single ASEAN strategy, because what works in Singapore might not work in Vietnam,” Manish explains. “That’s down to the broad continuum of development and progress these countries demonstrate.

“That’s the biggest challenge, to ensure that we can fine-tune our go-to-market strategies, our customers’ strategies according to what those market requirements are, and take the right solutions to those right markets. Singapore is very advanced when it comes to smart, digital technologies, so what we need to offer to the Singapore market, in terms of solutions and capabilities, is different from what we need to take to Myanmar, for example.”

Both Manish and Tech Mahindra must therefore demonstrate a dynamic, responsive and agile approach to business in the region, but not just because of the cultural and economic diversity in the ASEAN region. Operating in the sphere of digital technology means Tech Mahindra must adjust to a constantly shifting industry, though Manish, naturally, would rather the company lead the charge, than follow it.

In aid of this ambitious goal, Tech Mahindra employs a robust R&D department, though it’s a far cry from your typical R&D. The company’s Makers Labs, four of which are based in India with another seven overseas, provide innovative solutions for its customers, helping them (and Tech Mahindra) stay ahead of the curve.

The lifestyle of a leader

Manish likes to spend the first 30–40 minutes of each day catching up on business and political news. “Some may be relevant, some not so relevant,” he says, “but it all broadens my horizon.”Once he gets to the office, he spends his first 20 minutes planning that day and the next, reason being he doesn’t like surprises – though he recognises they can still happen in business.Outside of work, he’s careful to maintain his good health – a lesson he learned. “There was a period of 10 years during which I wasn’t focused enough on my personal health. I’d advise everybody to ensure they continuously focus on personal health and wellbeing, because it gives you the energy to do what you need to do in your professional life.”

“Makers Labs are information labs with an objective to introduce the company to new age solutions and innovations,” Manish says. “They are not measured in terms of profit and revenue on a day-to-day, week-to-week basis. Their focus is to work with our internal ecosystem, as well as our partners’ ecosystems, to focus more on innovation in the digital space.”

Even more exciting was the creation of Saarthi, an AI-powered personal health assistant. Conceived back in 2016, Saarthi was born in 2017, and has the potential to be installed in homes, hospitals and care centres. 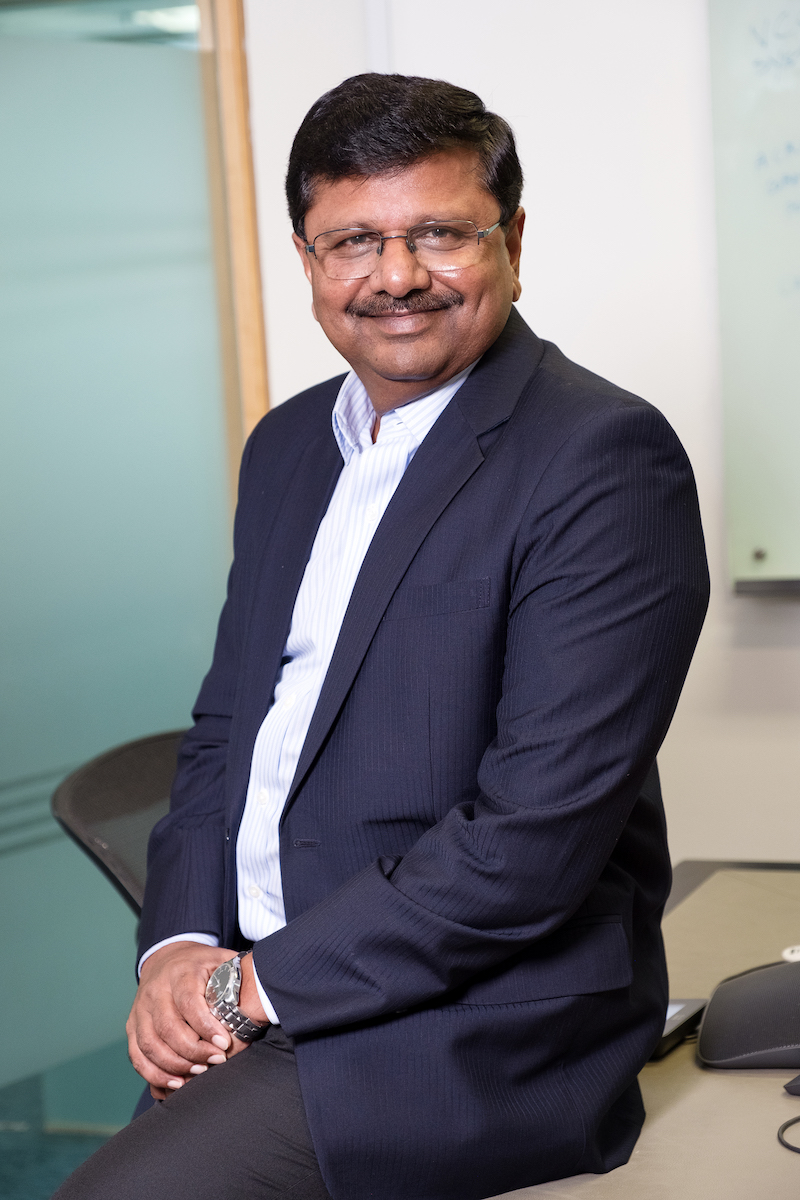 One possible use is the facilitation of remote inspection by doctors from all around the world, alleviating heavy demand on local health services. Saarthi can also manage medication, sending out warnings when a patient forgets a dosage, and offers smart device connectivity.

Promising as creations like Saarthi are, it’s Tech Mahindra’s digital tools that are seriously engaging the company’s customers. “What our clients are focusing on is around seeing how they can transform their businesses using digital technology, because that’s being driven by their customers,” Manish says.

“What we’re focusing on as a company is investing in digital solutions and technology. We’re ensuring that we help our customers move in that direction by providing new ways of reaching the customers and new ways of growing their businesses, because new technology is enabling a lot of new businesses that were not viable earlier.”

Due to the speed of innovation in tech, ensuring the workforce is continuously learning and re-skilling at a rapid pace is a necessity.

As well as sourcing creativity and innovation from its Makers Labs, the company therefore makes use of an internal program called Tech Mahindra Learning World.

Learning World originated within Satyam Computer Services, a company Tech Mahindra acquired and merged with, intending to provide constant upskilling and training in everything necessary for employees to thrive within Tech Mahindra. Manish describes the program as “a department whose only duty is to ensure that continuous learning programs are available for all our employees”.

This includes soft skills, and helping employees develop competency in management, teamwork and technical skills, whether that involves new programming languages or Tech Mahindra’s digital solutions. Most importantly, these programs are available to all 118,000 employees across the world, ensuring a consistently high level of aptitude within the organisation. The company’s efforts in maintaining highly skilled employees was recognised with a gold medal in the CEO World Awards 2018.

Tech Mahindra also makes use of its well-trained workforce by welcoming strategic contributions
from all levels. “If you have an idea as an employee that you think is going to be beneficial to the organisation, you can put the idea to the management team,” says Manish. “The organisation moves quickly to decide whether it makes sense or not, and if it does, then we start investing into it and seeing
how it goes.”

The value and respect with which Tech Mahindra views its employees is reflected in the way Manish serves as a leader. For him, communication is a central ideal, and it requires far more than a superficial understanding of whatever’s being said.

In fact, Manish considers one of his best qualities as a leader to be listening. “It’s something that gives me the opportunity to understand what people are trying to say,” he says. “Sometimes words don’t convey the real meaning behind them unless you listen for the message.”

Manish’s efforts to maintain an egalitarian, communicative organisation are down to the nature of the environment in which they work. “We call ourselves a 120,000-person start-up, because we know that in this age we need to be agile and fast-moving,” he explains. “We are a reasonably flat organisation.

That gives us the ability to move quickly when it comes to either customer-centric decisions, investment decisions, or whatever else is needed.”

Though employee re-skilling and a robust R&D department go a long way towards maintaining Tech Mahindra’s cutting-edge innovation, the company has invested further in this avenue.

The solutions provider has also formed partnerships with industry, academic, government and scientific organisations, to further the capabilities of not just Tech Mahindra itself, but global technology as well.

2006 – Sets up its first Global Innovation Hub, in Singapore.

2009 – Acquired Satyam Computer Services, one of the largest merger deals in the history of India’s tech industry. This came after the Satyam scandal, in which the CEO admitted to forging the company’s financial records.

2010 – Manish joins the company as Vice President and Oracle Practice Head APAC, having worked in similar industry roles since 1985.

2014 – Manish assumes his current roles as Vice President and Head of ASEAN.

In recent months, Manish notes, the company partnered with some of the world’s leading cybersecurity firms, to enhance the cybersecurity solutions Tech Mahindra can offer its customers. Manish considers these kinds of partnerships to be “the heartbeat of innovation”.

“We have a very strong network, and a philosophy of partnering and working with,” Manish explains. “These days, start-ups are the best place for innovation globally. Our association with them gives us the opportunity to be connected with that innovation ecosystem, whether that’s through collaboration, participation in some form of investment, or multiple models through which we engage with them.” At the end of 2017, Andhra Pradesh became the first Indian state to integrate the technology into governance, to prevent tampering with land records, and to streamline data on vehicles.

The success of these pilot projects has seen Andhra Pradesh embrace the technology, and the government has also been promoting its Fintech Valley Vizag initiative, to encourage the growth of business infrastructure and foreign investment in the region.

“It’s an example of how blockchain can be used to transform many of these inefficient, basic processes,” says Manish. “Perhaps nobody thought they needed to change, but it does completely transform the process. It provides a new experience to the public in a much more transparent manner than previously.

“Those are the kinds of processes that will help create new businesses and case studies on how blockchain technology can be used to create more transparency and openness in countless areas of society. We’re having more and more discussions with ASEAN governments on using blockchain to simplify these processes.”

The driving force behind Tech Mahindra’s efforts also forms the centre of the company’s culture. Manish considers the company’s culture to be ingrained with the ambition of driving positive change – not just for the company, but for “our customers, our employees, and our communities”. “We do that by celebrating every moment and empowering our stakeholders,” Manish says. “Whatever strategic directions we take are driven by that philosophy.” 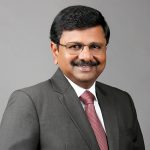