Daisy Group’s CEO reveals why strengthening every link of the company’s operational chain is key to making anything possible — from increasing market share, to becoming the next Apple.

Daisy Group’s CEO reveals why strengthening every link of the company’s operational chain is key to making anything possible — from increasing market share, to becoming the next Apple. 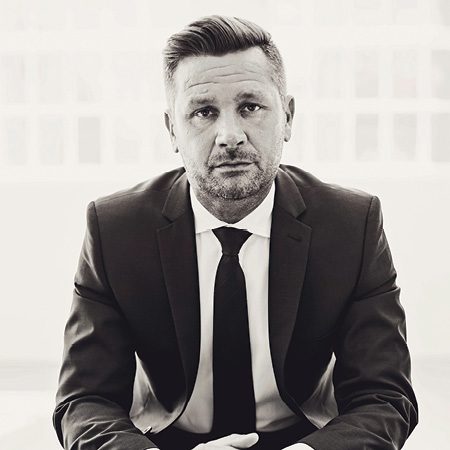 In departing his long-time role with UK channel giant Computacenter, Neil Muller saw the perfect opportunity to combine his penchant for organic growth with the acquisition prowess of Daisy Group’s founder and now Chairman, Matthew Riley. Throw in a history of strong work ethic, a passion for communication and incredible corporate focus, and Neil represents not only one of Britain’s youngest CEOs for a company of Daisy’s size, but also one of its most ambitious.

After 20 years with reseller Computacenter, the ICT veteran joined Daisy Group as its new CEO in February 2015, seeking to continue the growth of the company and maintain its position as one of the UK’s largest independent providers of converged business communications and IT services. He has well and truly risen to the challenge, developing a detailed written journey for Daisy Group — “Our bible,” he says. The journey comprises 6 chapters that outline Neil’s ideal, unified company strategy; including Daisy Group’s current status and strengths, necessary actions from all stakeholders, ultimate end goals, and an execution plan. 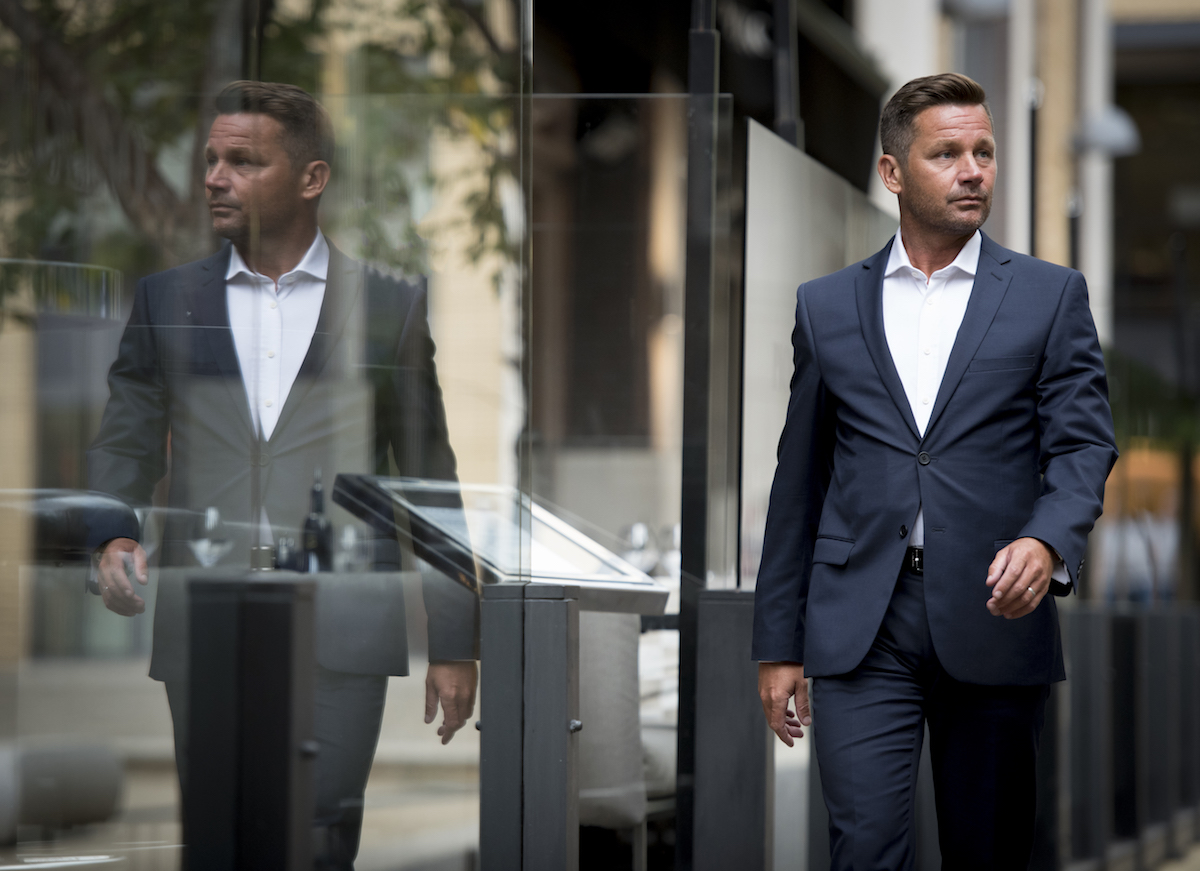 “When people ask me how I manage work–life balance, my answer is that I don’t, because I don’t need to. I don’t see the two as being different.” – Neil Muller

Journey rather than vision

“Since the 80s and 90s everybody has a ‘vision’, but I have my journey instead. If I were to have a vision, I have always really respected organisations that have been able to turn a noun into a verb; Google being the perfect example. I’d love to somehow do that for Daisy,” says Neil. Go back a few decades, and having come from a family where hard work and long hours were second nature, the source of Neil’s work ethic is evident. “Growing up in a tough part of Birmingham, I have a very working-class background. My father is still working at the ripe old age of 72; he’s an electrician. All I have ever known is how to work hard, so it comes easy to me,” he says.

In fact, like many CEOs, Neil’s job is more than a job to him — it’s a lifestyle. This is evident in his day-to-day, whether it’s business dinners every night, or rehearsing his presentations while riding 100 kilometres on his bike every weekend. “When people ask me how I manage work–life balance, my answer is that I don’t, because I don’t need to. I don’t see the two as being different,” he says. “With that in mind, if you ever you see a lunatic on a bike cycling around the Warwickshire district and it looks like he is talking to himself, it’s probably me.”

“I believed together we could buy organisations that would add incremental value to shareholders and achieve long-term organic growth; that is the winning ingredient.” — Neil Muller

Graduating with a degree in IT and Business Studies from Birmingham City University and also studying at Harvard and the Sandhurst Military Academy, Neil began his tenure with Computacenter in 2002. He began his leadership journey as Director of IT Outsourcing and worked his way up to running its UK operation as regional Managing Director. “When I first headed the business, it was a £1.1 billion business with 5,500 staff, and when I left it was a £1.45 billion business. That was without any acquisitions, so it was £350 million worth of organic growth in four years,” says Neil. Considering the global trend at the time was for declining sales figures, this level of growth was no mean feat. “This success was achieved through serving our customers well, engaging our staff, and differentiating the brand — I hope to accomplish even more for Daisy,” says Neil.

Daisy was founded in 2001 to supply internet and telecommunications solutions to SMBs, with Matthew Riley growing it into a £550 million business through forty-nine acquisitions in total. Neil’s appointment as the new CEO — following shortly after a £494 million management buyout — was vital for developing Daisy’s growth in the ICT space. This was especially true of its managed services portfolio at a time when it was struggling to amp up market share. Daisy Group now employs a 3,500-strong workforce that is spread across thirty sites throughout the UK. The company’s suite of products and services include hosting, mobile, voice over internet protocol (VOIP), and systems, and it provides services to more than 55,000 business customers. 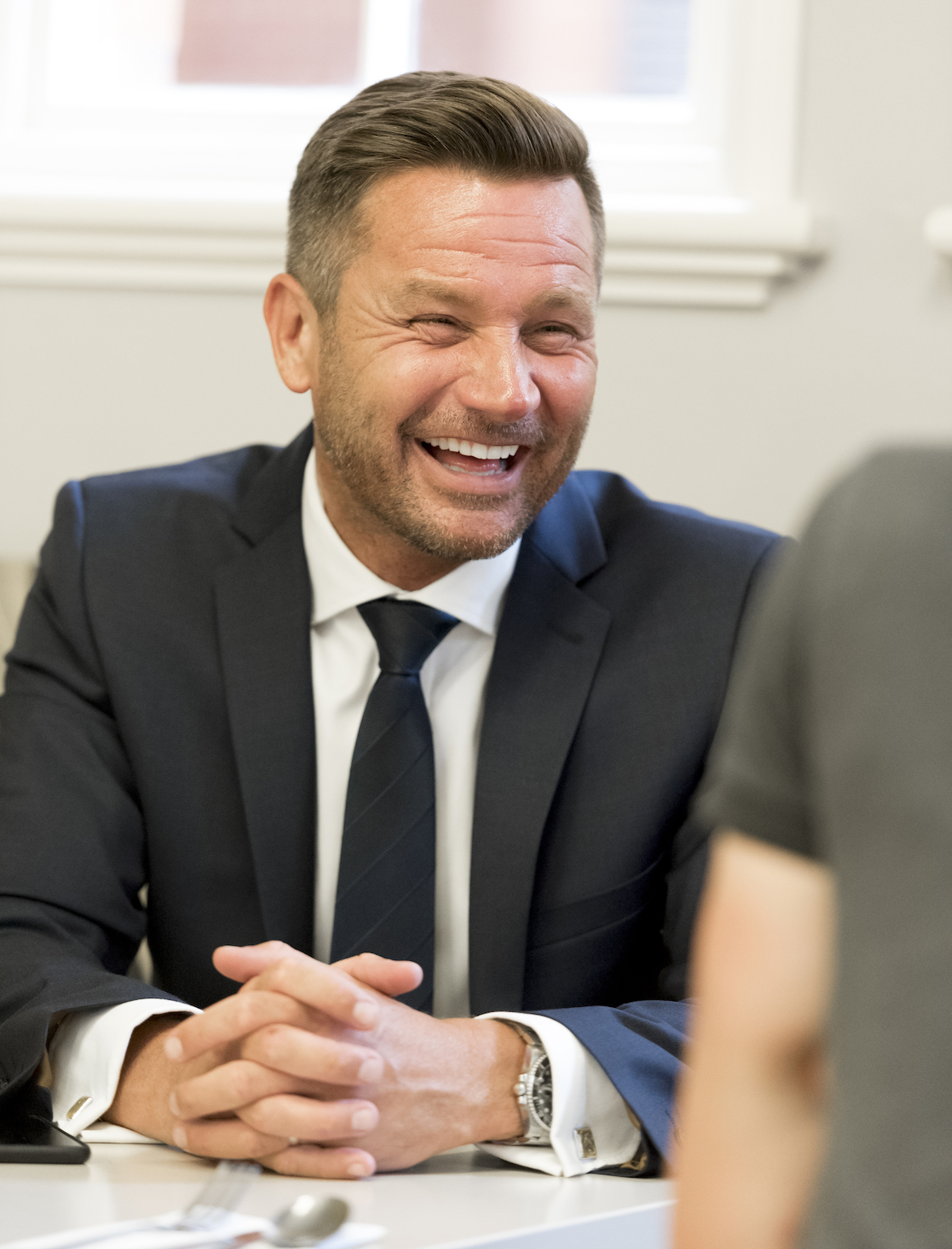 “Matthew and I had a meeting of minds. With his strong M&A background and my organic growth background, I believed together we could buy organisations that would add incremental value to shareholders and achieve long-term organic growth; that is the winning ingredient,” says Neil. “It all started with the theme of convergence, and I felt that the skills and experience I have, coupled with Matt’s skills and experience, were just too complementary for either of us to pass up.”

Daisy has made 3 more acquisitions following this same formula since Neil joined the business, continuing a successful but challenging string of company integrations. With the strength of their combined expertise, both leaders also saw opportunities for similar collaborations between different products and services. “I don’t think there are any players out there that have both the capability and flexibility to address the market in the way we can, ranging from the SMB space, up to both mid-market players and large enterprise.”

The ‘convergence’ theme is also evident throughout Neil’s detailed 6-chapter growth strategy and overall leadership style. From the consolidated blend of IT and telecoms services it now offers the business community, to its win–win business partnerships and selling models, all the way to the Group’s overall unified vision. Everything is interconnected, and must link harmoniously to thrive. Even the logo — a daisy flower — represents this convergence; the disc florets and the petals are actually two flowers that, merged together, form the illusion of one.

To win the hearts and minds of people, you need to meet them, let them see the whites of your eyes, and talk about things in simple language.

Starting with his business customers, Neil describes the need to blend IT and telecom services as part of a sustainable digital strategy. “If an organisation doesn’t have a digital strategy in today’s world, then they don’t have a business strategy. Digital is at the forefront of serving customers, taking market share and delivering value. I truly don’t believe that you can deliver that same value unless you are able to bring IT and telecommunications together in one simple solution. It gives organisations a competitive advantage in a digital world,” says Neil.

In consolidating necessary services into pre-packaged bundles, Daisy aims to provide simplicity in an increasingly complex business arena, covering three areas of operation: ensuring an ‘always-on’ infrastructure environment; secure and easy-to-use internet connectivity (‘connect and protect’); and creating an agile workforce using digital tools. “UK PLCs [!public!] have to change how they do business, because the pace of IT change and digitisation is furious. Enterprises have the resources to make this shift, but smaller companies need to be led in the right direction.”

As a leader, Neil is passionate about good communication. He believes face-to-face contact with his employees is the key to true engagement, and actively avoids typical trickle-down communication strategies that involve numerous emails and messages passed on from line managers. “To win the hearts and minds of people, you need to meet them, let them see the whites of your eyes, and talk about things in simple language — not management speak,” he says. In the last year, he has travelled to more than 30 offices around the UK and spoken personally to every one of his 3,500 employees to explain his strategy and his vision.

Daisy stands for something 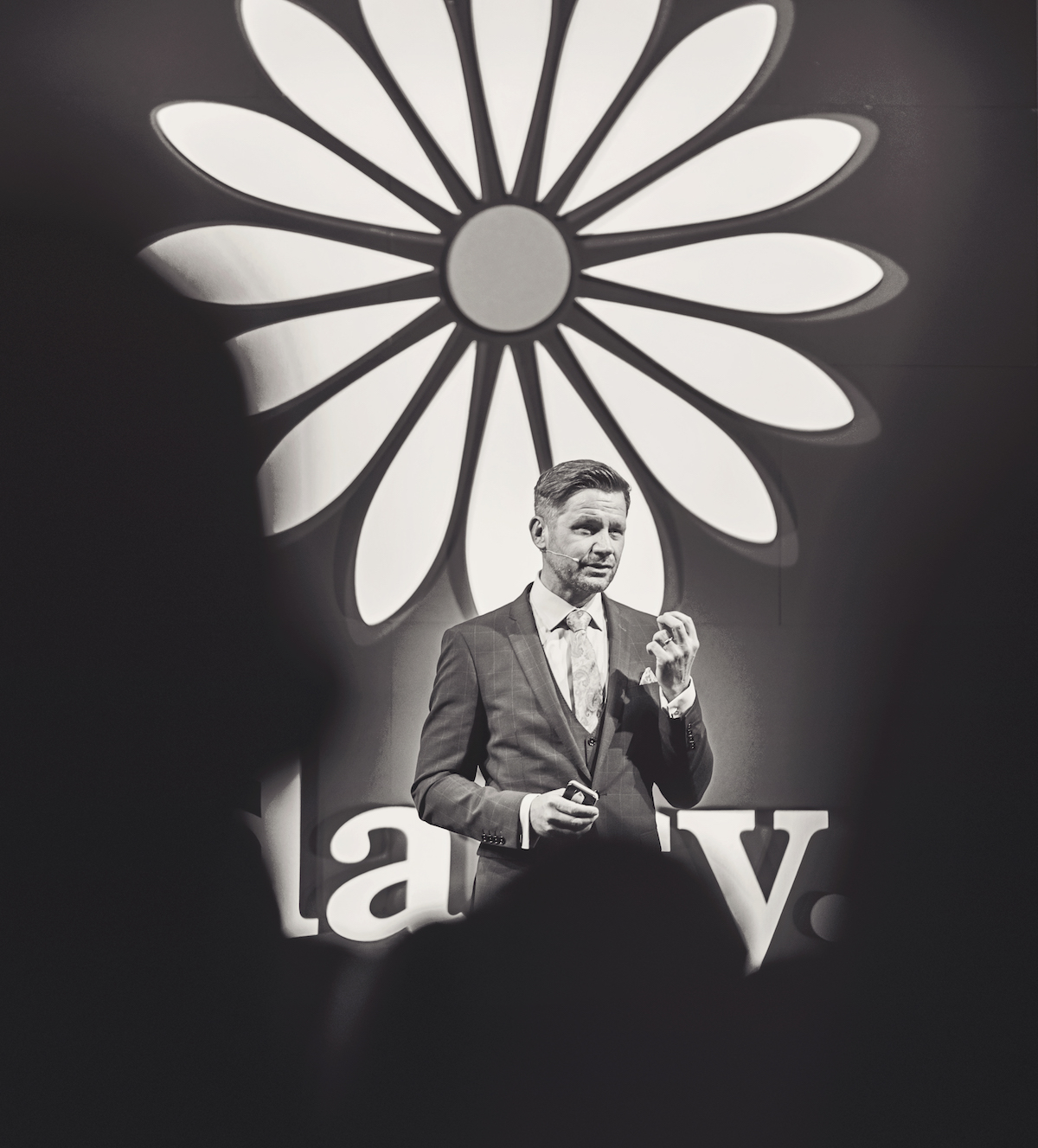 Neil is passionate about good communication.

“Daisy stands for something — it stands for all of our colleagues being driven, accountable, innovative, successful and treating the organisation like it is their own. All of this is extremely important to empowering people to make decisions on behalf of the organisation, and to ensure our customers are served in a very flexible and caring manner; that is a massive differentiator for Daisy,” says Neil.

According to Neil, the emphasis he places on the company’s values is all about strengthening its daisy chain, otherwise known as its ‘service-profit chain’, which stipulates that happy and engaged employees will always be motivated to deliver great customer service and deliver on business promises, which will ultimately result in greater customer loyalty and a growing pool of clientele. “It’s about winning people’s hearts and minds, and working as one team with a single sense of purpose, belonging and belief,” he says.

“There are not many complex technology organisations that can talk about what it really is that they are trying to achieve, and why they are asking their colleagues to get out of bed in the morning and walk over hot coals. This is our vehicle to drive the true purpose of Daisy.”

There are not many complex technology organisations that can talk about what it really is that they are trying to achieve, and why they are asking their colleagues to get out of bed in the morning and walk over hot coals.

The company’s current £550 million annual turnover is split between its 3 markets. The SMB space provides roughly half of its total business, while £200 million of the remaining goes towards the mid market, and £90 million to enterprise. Smaller clients are served directly through Daisy’s retail arm, while larger enterprise is often served indirectly through external wholesale options. Neil’s Daisy journey ultimately details how to reach a new target — £1 billion annual turnover.

“I am trying to shift Daisy from being a 3-2-1 formation, to a 4-4-2 formation. For example, £400 million from SMB, £400 million from the mid market, and £200 million from enterprise,” he says. “We currently have 55,000 SMB customers that buy directly from us, and 500,000 that buy indirectly from us through our 1,700 business partners, mainly small telecommunication resellers. They don’t have any products or services to sell themselves but they buy them from Daisy as white-label options.

Not looking to address the global enterprise market directly

Neil says Daisy’s strength lies in its size and flexibility, describing its approach as, “being big enough to cope, but small enough to care”. With the space already dominated by large system integrators, the company will never address the global enterprise market directly. “That is their playing field. We are never going to try and compete with them whatsoever, because frankly we are not big enough. We are very clear in terms of our market segmentation,” he says. “Instead we work with those larger players, providing them with complementary and extended services. We are non-threatening to them; in fact we are a very important player that they depend on, and vice versa.”

While the 6 chapters of the Daisy journey are initially seeking to achieve 4% more market share in a £9 to £10 billion industry, the dream of becoming the next corporate mega-star still lingers in the distance. “I am certainly extremely proud of the plan I put together, and that’s just the beginning. Is there any reason why Daisy couldn’t be the next Apple? I genuinely believe it could be. We are doing extremely well, the only contrast is, unlike Apple, we are not a manufacturer,” says Neil.

“The daisy is our logo as well as our ethos. If we are not building anything else, we are certainly building a brand, and that is very motivating.”