Anything worth having ain’t easy: Robert Hayes 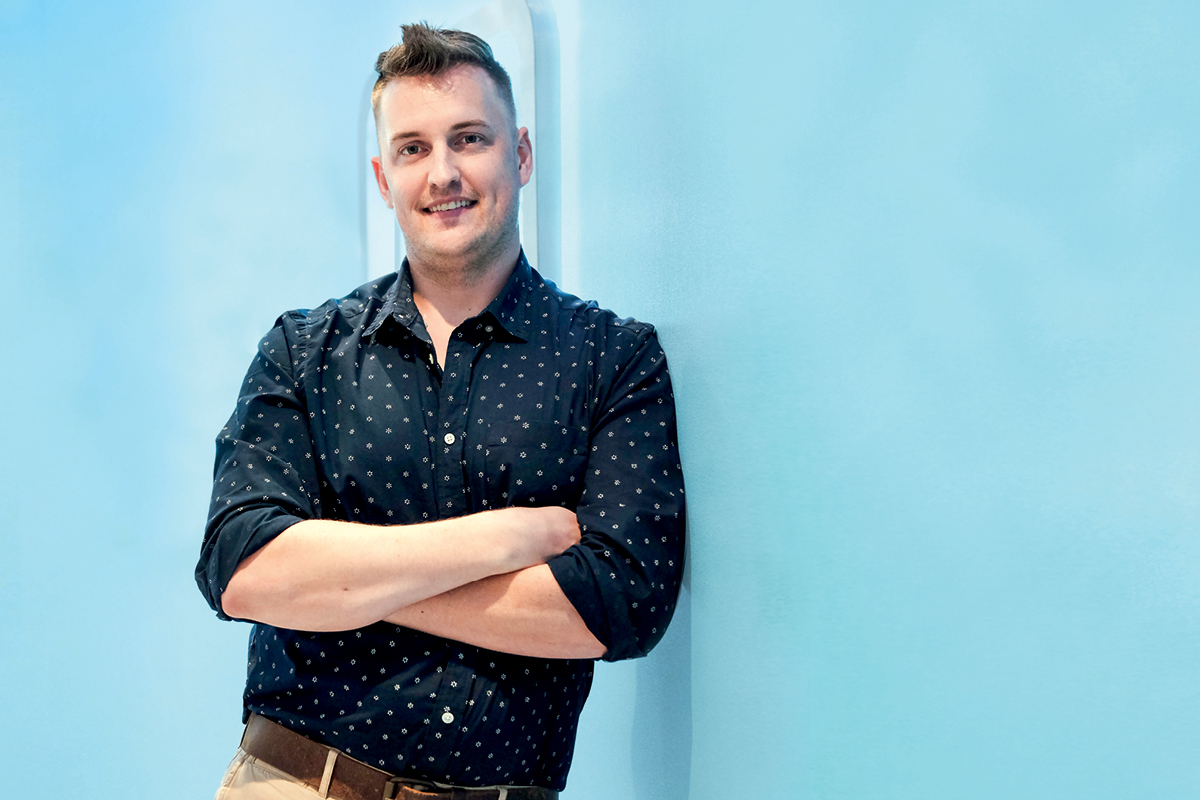 You may have heard of Shopify, Deliveroo and Eventbrite but what about the company that ensures these global disrupters work seamlessly? That is TaskUs, which provides a variety of solutions to enhance the customer experience. Founded in the Philippines in 2008, the company has since expanded its workforce to more than 8,000 employees worldwide, opened three new offices and been listed in Inc.’s 5,000 fastest growing companies five years in a row.

But the company’s success didn’t happen overnight. A lot of hard work was put in behind the scenes. “Anything worth having isn’t easy,” Senior Vice President of South-East Asia Robert Hayes says, quoting the go-to mantra he uses to help him get through difficult times.

Robert recalls what TaskUs was like when he first joined in late 2014, saying its building was like a garage. “We had pest control problems, no infrastructure whatsoever and were using residential internet lines.” On top of that, the business was very cash-strapped and the team were constantly checking the accounts receivable to see if they could make payroll. But Robert says the workers put everything into the business to make sure it survived. He considers this determination one of the company’s biggest strengths because it prevents the team from becoming lazy.

“All of us had so much of our hearts in the business,” he says. “Back in those days, we were competing against some of the big boys who had a lot of cash and all the reasons to win. But through sheer force of will, we won some of those bids. We had many scares along the way but every single time, everybody buttoned down. People would work 16–20 hours straight to see something through. And we would fly all over the world and do all kinds of crazy stuff to make sure we won.”

Back then, Robert was in charge of modernising the business; ensuring it met regulatory standards, had the right information on security measures and the proper servers. From then on, the company began to take off, growing from 500 employees to about 5,000 by the end of 2015.

“When you look back on the sacrifices years later, you see that it was worth it,” Robert says. “I don’t think back on times that were easy and say ‘Wow! That was so fantastic’. I usually think back on times that were hard, like when we had rats in the office and what it took to fix that. It helps me appreciate the offices we have today because I know what I used to have to struggle with. Giving yourself perspective on how bad things could be, helps you appreciate what you have today.”

“Giving yourself perspective on how bad things could be helps you appreciate what you have today.”

TaskUs was founded by high school friends and business partners, Bryce Maddock and Jaspar Weir. In 2017, the duo began the CXYZ podcast which discusses everything related to the customer experience. Some of their interviewees include HelloFresh CEO, Ed Boyes, Mailchimp COO, Farrah Kennedy and Weebly Vice President of Customer Success, Alan Chambers.

Taking on the tech industry

TaskUs does everything from voice, chat, in-app, email and social media support to back-of-house services like fraud prevention, claims processing and enterprise data management. Of all the services it provides, consultancy, outsourcing and technology resale are its most popular.

“The consultancy side of the business does some pretty amazing stuff when it comes to recommendations on how to integrate a product to provide great customer experience,” Robert explains. “It could be something like in-app customer experience, workforce management best practices or building a CRM database outright.”

Technology resale is about giving clients the best advice when they consider purchasing a certain product. “Let’s say you wanted to choose a VOIP solution. We have a good understanding of the VOIP market; how to get the best price, who to talk to, what things to watch out for, and how the contracts need to be structured. That’s something we offer quite frequently.”

In terms of outsourcing, some of the most popular products TaskUs provides include omnichannel solutions that involve a social media chat, back office and voice component, as well as video review and tagging services.

“Sometimes, we have businesses where the consumers submit videos for categorisation and detailing,” Robert continues. “And sometimes, we work with machines to review the video; to help and improve the machine algorithm to understand what’s happening in a video.”This relates to AI, which is becoming a big market for TaskUs. “Companies need more data points to build AI properly and a lot of our products have to do with helping AI get smarter,” he adds.

While Robert believes people overstate the ability of AI – “They make it sound like it’s the most amazing thing ever when it’s often as full of flaws as successes” – he says it is certainly something that needs to be understood and worked with a lot more.

“We’re finding AI is a tremendous asset for us because we can start to eliminate repetitive tasks that most people don’t like to do anyway,” he continues. “As work becomes more complex, there’s more to do, and the depth of the work is dramatically increasing.” 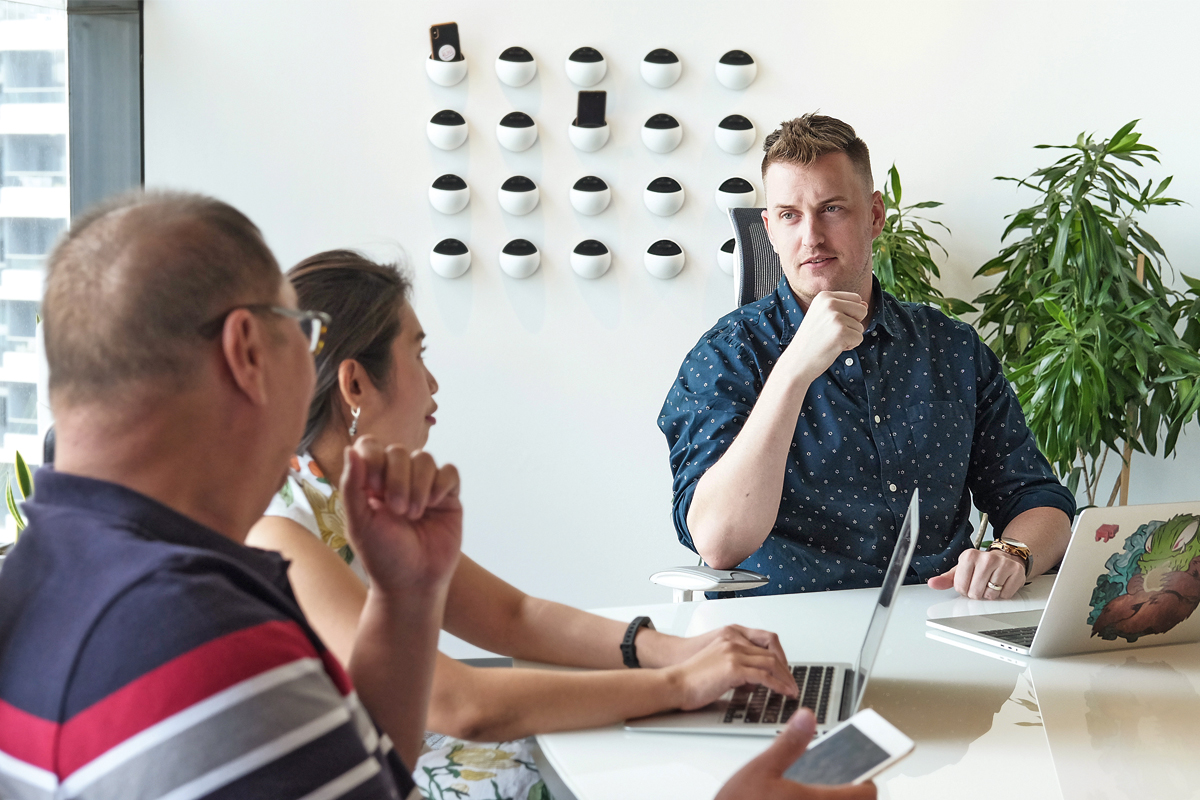 There is a perception that the outsourcing industry is conservative, says Robert, one that is competitive and process oriented. But TaskUs wants to shake this up, by encouraging its staff to ‘be ridiculous’.

“In our space, it is vital for us to be innovative, but the whole industry is so risk-averse that it basically manages through processes and policies,” he notes. “We want to take chances; we want to fail. So by making ‘be ridiculous’ our core value, what we are saying to our staff is: ‘It is our expectation that when doing something, you do it in a new, fun way; in a way that might make people look at you with raised eyebrows.’ It’s trying to highlight that risk-averse behaviour is not what we’re looking for.”

Robert further provides his perspective on what the culture is like at TaskUs. “You know that old saying ‘If you’re in a room and you’re the smartest person at the table, you’re in the wrong room?’ In the meeting rooms I was in with my previous companies, that was always the case; I was always feeling like this was a waste of my time.

“At TaskUs that is never the case. I’m always at the table with people who I highly respect and who are extremely smart. I’m always impressed and learning something from every meeting.”

The company’s employees include Columbia University and Harvard University graduates as well as people from McKinsey & Co and Accenture.

So how exactly does TaskUs get these extremely smart and highly respected employees to work at the company? By trying not to attract potential staff in the first place. “A lot of people go to the market and say, ‘Please come and work here’. We do the opposite. We go to the market as a brand and say, ‘We’re a kick-ass company, here’s what we stand for: we believe in diversity, taking care of our people, and great music’. We just talk about the things we really enjoy. Then we find that the people who are seeking something different and have a passion for something that’s outside the typical nine-to-five get attracted.”

Robert remembers saying to his marketing team when they first started, “I’m sure Louis Vuitton, Guess and other big fashion brands hire people. But I’ve never seen them advertise for jobs. So why can’t we do the same as them but different from everybody else in our industry? Brag about how awesome we are and let it go how it goes.”

Robert adds that some employees have even taken pay cuts to come to TaskUs.

“I think it’s because, when you’re at the table with a bunch of people who have good insights and treat each other with respect, there’s an intelligence level there and a willingness to want to succeed,” he says. “And when you’re surrounded by that, it’s worth it. You feel like you’re benefiting, growing, making a difference.” Now that the company is planning for continued growth, it wants to make sure it holds on to its culture. “I think you see it in a lot of big companies – Apple, Facebook and Amazon,” Robert says. “They get to a scope and size and they start to lose their culture. So for me, it’s about asking ‘How can I structure the organisation to keep the unified vision, mission and values, even though sometimes people won’t see eye to eye with each other?”

And Robert is looking forward to what TaskUs can achieve in the future. “There are a lot of consultation companies in this space that don’t have our perspective or our culture, and so we can disrupt them pretty significantly by offering really advanced next-level solutions,” he continues.

“We’re in a great position to do it because we exclusively work with young technology companies. We have relationships with unicorns – billion-dollar companies. And so, with that combination of a young mentality, great culture, great people, access to these billion-dollar companies with capital and at the same time understanding, there’s a lot coming when it comes to technology. We think there’s a huge opportunity for us to continue to expand.” 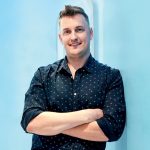