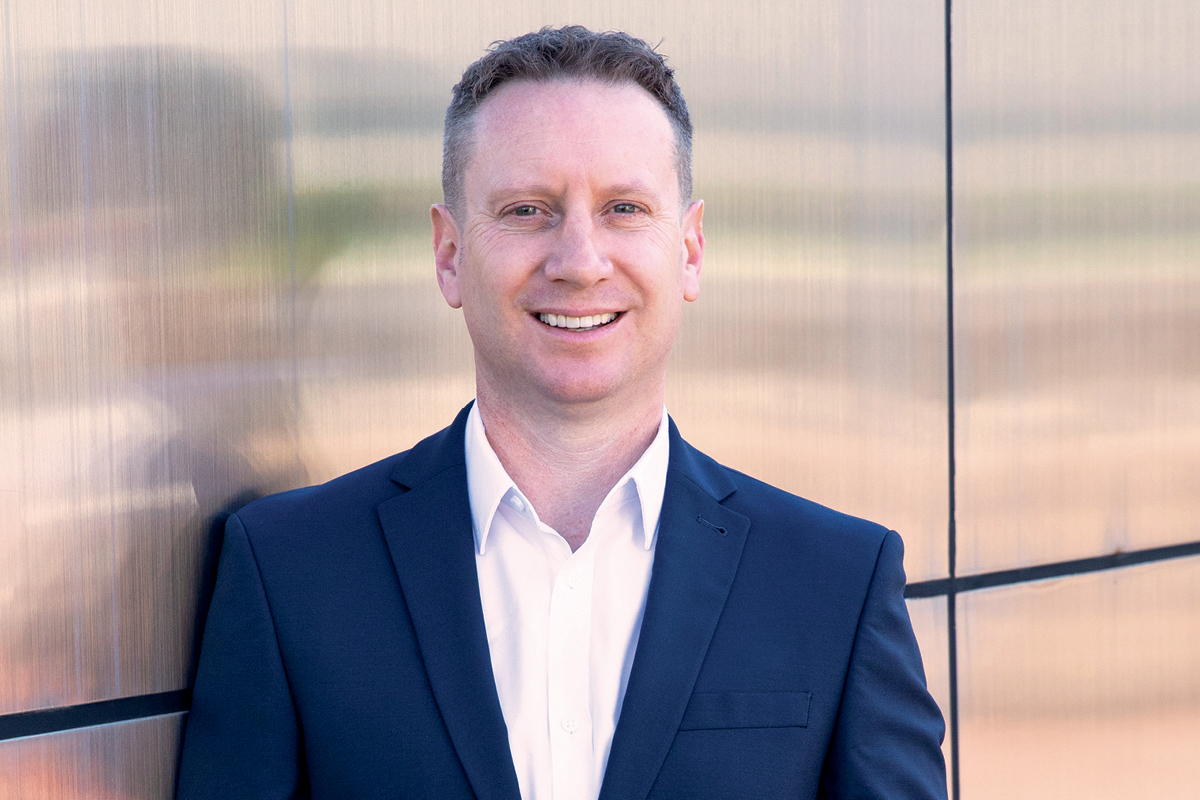 Throughout Russell Palmer’s three-decade career, he’s had a number of different mentors. However, there was one in particular who left a lasting impression. From the moment Russell started working at Yokogawa Australia and New Zealand in 1997, Barry Mitchell was a source of inspiration for him.

“Barry was the patriarch of our company and he certainly had a big influence on me,” Russell says. “He had a successful business in Australia that was acquired by a Japanese multinational, and it became Yokogawa Australia in 1989.

“He was one of those larger-than-life people with a really big personality. A real leader, Barry had so much energy, enthusiasm and passion – it was very infectious and everyone got behind him. I certainly learned a lot from him.”

The pair worked together until Barry sadly passed away from cancer in 2007. This year, to commemorate the company’s 30th birthday in Australia, Yokogawa has established the Mitchell Graduate Program in honour of Barry.

“He was a visionary and someone who built his reputation on quality and engineering excellence,” Russell says. “We can’t think of a more fitting way to honour Barry and continue his legacy through instilling his principles in the next generation of Yokogawa engineers.”

Since joining Yokogawa, a leading provider of industrial automation, information management, solutions and instrumentation, 22 years ago, Russell has worked his way up through the company. He has been Managing Director since 2015, yet he still remembers what it was like starting out in the engineering and automation industry. As such, Russell is passionate about giving young people the same opportunities afforded to him.

“Coming from a graduate program myself and given the position that I’m now in, I feel personally obliged to make sure that I afford that same opportunity to others. You can’t take and not give back.”

“Coming from a graduate program myself and given the position that I’m now in, I feel personally obliged to make sure that I afford that same opportunity to others.”

It seems Russell is not the only person at Yokogawa who feels this way. Earlier this year, when he reached out and asked if any staff would be interested in becoming mentors to the new graduates, Russell was pleasantly surprised by the positive response.

“The number of people who replied saying they wanted to be a mentor was just fantastic,” he says. “A lot of those people have come through graduate programs themselves. You hear a lot about youth unemployment or the difficulty in getting jobs after university, so we’re very proud to be able to offer that type of opportunity. A lot of our graduates are still here a decade later, and some of those graduates from 10 years ago are the mentors for today’s graduates.” 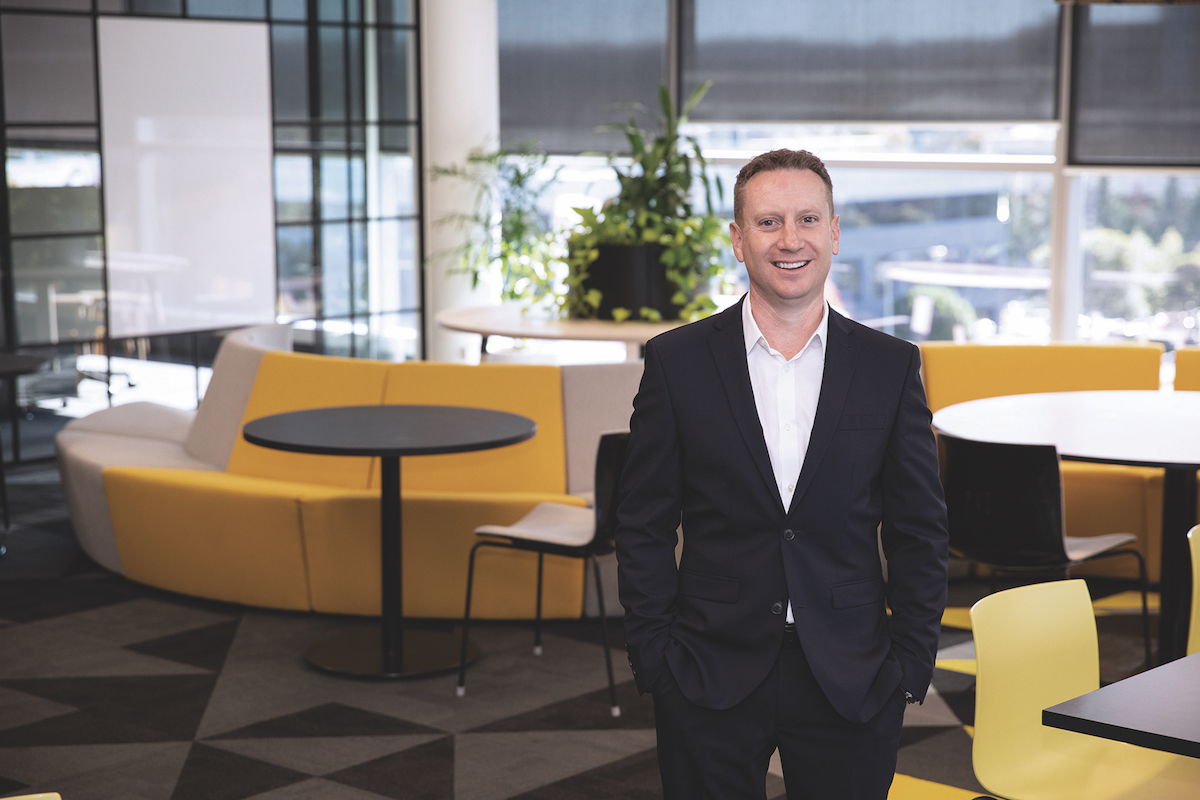 Even as a business leader, Russell believes having a coach or mentor is invaluable for getting feedback and guidance. He meets with his business coach at least four times a year. “If you have an opportunity to work for a company that will support coaching, I think that’s great – everyone should pursue self-development,” he says.

“I don’t think you’ll find a professional sportsperson in the world who doesn’t have a coach. Even if you are Roger Federer, you still need a coach, because you should never stop trying to get better. Whether you’re a managing director, CEO or aspiring leader, I think enlisting a professional coach is absolutely fantastic. It’s a great way to learn and get feedback from an objective third party, rather than someone who’s going to tell you what you want to hear.”

Describing himself as an “engineer at heart”, Russell says what he loves most about his role is the variety. “I do something different every day,” he says, adding that the business has changed considerably over the past two decades.

“I have been working for Yokogawa in Australia for 22 of its 30 years, and in that time I have witnessed first-hand the evolution of the business. One of the most impressive aspects of being on the inside of such an organisation is the way we can reinvent ourselves to meet the needs of a continuously changing and, at times, volatile market. This is no mean feat and is a tribute to the minds in our business who continually seek new markets and opportunities where we can add significant value to the Australian and New Zealand industry.”

“I don’t think you’ll find a professional sportsperson in the world who doesn’t have a coach. Even if you are Roger Federer, you still need a coach, because you should never stop trying to get better.”

Although Yokogawa’s major industries are oil and gas, power generation, and mining and metals, the company is also applying its significant expertise to other areas such as renewable energy, infrastructure, water management, F&B and intelligent enterprise operations.

“We’re trying to focus on supporting some of the emerging technologies, especially around alternative energies such as hydrogen and lithium,” Russell says. “Australia is supplying a large portion of the global economy with these raw materials. Obviously what we want to do is not just dig it out of the ground and ship it overseas. We want to extract it, process it, add value, create jobs and help make the world a more sustainable place in accordance with our sustainable development goals.”

Yokogawa has a strong customer focus and works closely with its business partners to provide cutting-edge solutions and technology for its clients. “We understand what the customer wants and we understand very clearly what we can deliver, but we also understand what we can’t deliver,” Russell explains.

“In such instances, we find a partner who shares common values with us and the client, and we bring them into the group. I think what’s made us successful is that where we can see better solutions, we bring in the market leader in that section and we’ll work with them to fuse all the best parts of each group together.” 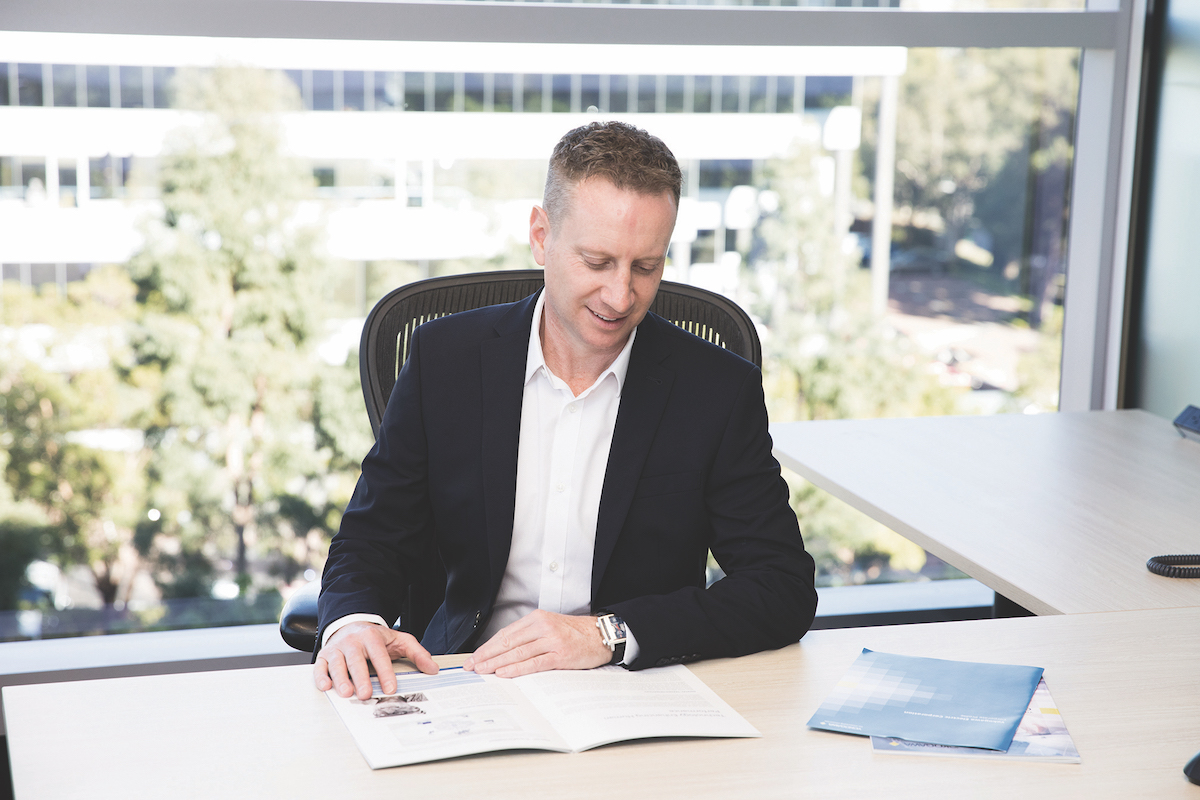 Despite the fact that Yokogawa is celebrating 30 years in Australia and 20 years in New Zealand, Russell concedes that many people outside the industry have never heard of the company. “This can be a good thing, in that you can approach new market opportunities with stealth, and surprise customers with our capabilities,” Russell notes. “However, when looking to break into new markets, it can also be a hindrance.”

As a result, Yokogawa has invested heavily in raising its profile via traditional marketing methods as well as social media. “Our approach here is not to flood the channels with pointless information, but to enhance the knowledge of target audiences through education and sharing leading edge examples drawn from our depth of expertise. We have had a lot of very positive feedback from our customers who appreciate the effort we are putting in to keeping them informed and supporting their development efforts.”

In addition to building strong relationships with universities, the company is also using social media to attract talented new graduates. Reflecting the company’s ‘Co-innovating tomorrow’ philosophy, Russell believes developing the next generation of Yokogawa engineers is vital to ensure the success of the company going forward.

“By making a graduate program that is attractive to emerging talent, we’re positioning ourselves to be able to stay ahead in the industry,” he says. “Obviously, we’re a technology company, so we want to make sure that we stay very much at the forefront and use best practice.

“Our job is to make sure Australasia is as productive, sustainable and efficient as possible using automation.”

“Each industry is trying to make itself as competitive and sustainable as possible. Yokogawa can take key learnings from previous projects, whether it’s pharmaceutical, infrastructure, or oil and gas, and apply them to other projects. This way we can make sure we keep the Australasian industries we serve as competitive and sustainable as possible. If we don’t do this, that work could go overseas. Our goal is to make sure Australasia is as productive, sustainable and efficient as possible using automation. That’s what we’re about – using automation to make the world a better, safer place for future generations.”

To further encourage innovation throughout Yokogawa, Russell is hoping some of his team will be able to attend upcoming TEDx events around the country. “I’ve recently been fortunate enough to attend the TEDx Sydney event and I also listen to various TED Talks podcasts,” he says.

“I have personally found these to be an excellent source of inspiration and creativity, which in turn helps foster innovation and positive leadership. So we are investigating using the local TEDx events as acknowledgement or positive reassurance to members of the Yokogawa team to encourage everyone to look beyond their typical everyday to innovate, think and create opportunity for Yokogawa and our clients.”

A down-to-earth leader who aims to surround himself with people he can learn from, Russell loves spending time talking to his staff from all levels in the organisation. “While I like to have regular catch-ups with the leadership team, I also spend a lot of time chatting to everybody about what’s going on,” he says.

“I like to be surrounded by people who are far better than me. Of course, if they’re doing a great job, the company’s going to do a great job, and therefore I’m going to have more time to think about what we want to do in five or 10 years’ time, as opposed to putting out fires on a day-to-day basis. If I can find the best people to run the everyday business, that allows me to focus on our longer term strategy and goals.” 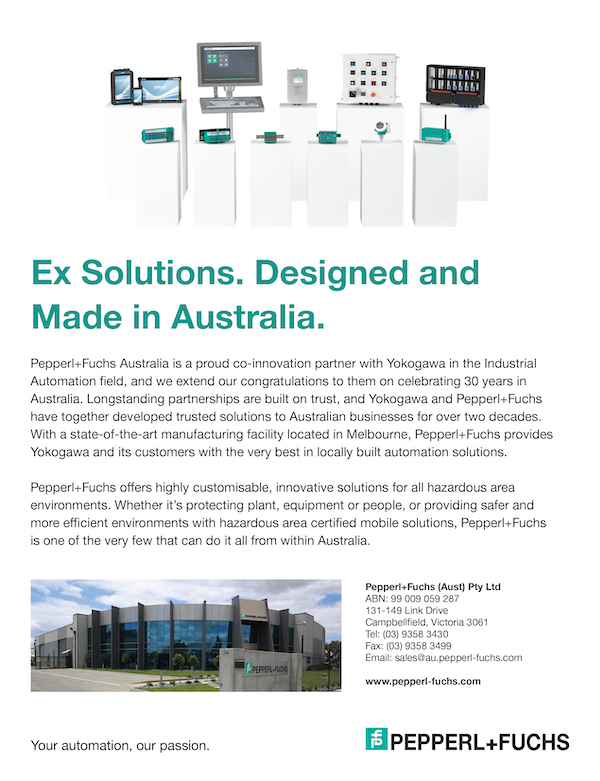 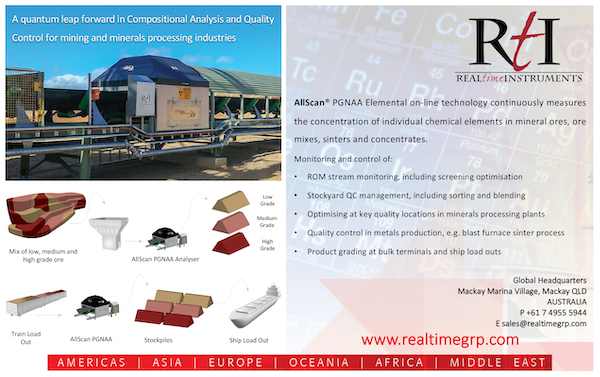