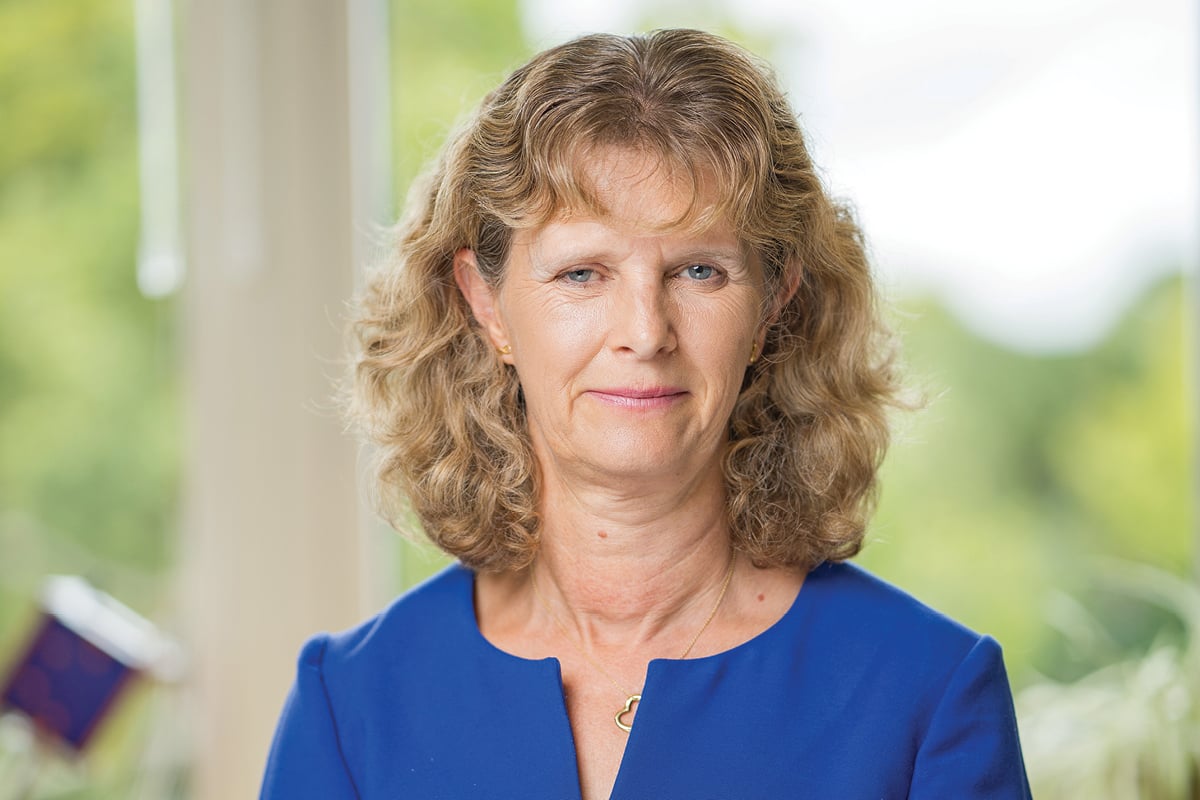 On paper, the chances of Sarah Parker becoming the managing director of the world’s leading small satellite company were close to zero. After starting her career at the accounting firm KPMG and then setting up her own consultancy business as a young mother, she could not have conceived of rapidly built satellites made from off-the-shelf materials on her horizon.

However, after she was approached to prepare a business plan for Surrey Satellite Technology Ltd (SSTL) in 1999, her fate was suddenly and unexpectedly bound to the mysterious void lurking above our atmosphere. “I had no space background whatsoever. I got involved, and I just fell in love with the people.

“I fell in love with what they were trying to achieve. It was absolutely one of those moments when you just think, ‘Wow, this is where I want to be’,” Sarah says.

She decided to give up her consultancy practice and joined SSTL as its first finance director. In the ensuing years, she helped guide the company through pivotal moments, such as when SSTL outgrew the University of Surrey, where it was founded, and the majority stake in the company was sold to Airbus in 2009.

In 2017, SSTL’s previous managing director stepped down suddenly to work at Lockheed Martin, so Sarah found herself with an opportunity for which she had never planned. “I had no career plan to ever become managing director. I was just very, very happy as finance director,” she says. “But when there was a sudden vacancy, I thought, well, why not? It was more like I didn’t want anybody else doing it.”

Since taking over as managing director, Sarah has had to navigate serious challenges facing SSTL as well as the entire space industry. The main challenge, she says, is one of SSTL’s own making.

“For the past 30 years, we’ve been changing the economics of space,” she says. In its early days, SSTL made a name for itself by making space-flight technology more affordable and less reliant on national governments.

“That’s been SSTL’s purpose, and we’ve done it. We’ve achieved it. Now, an awful lot of other companies in the space industry are doing the same. There is so much more competition than there used to be,” she says.

This rising competition, particularly from well-funded startups that threaten to poach SSTL’s workers, has led to what Sarah calls a “crisis of motivation”. 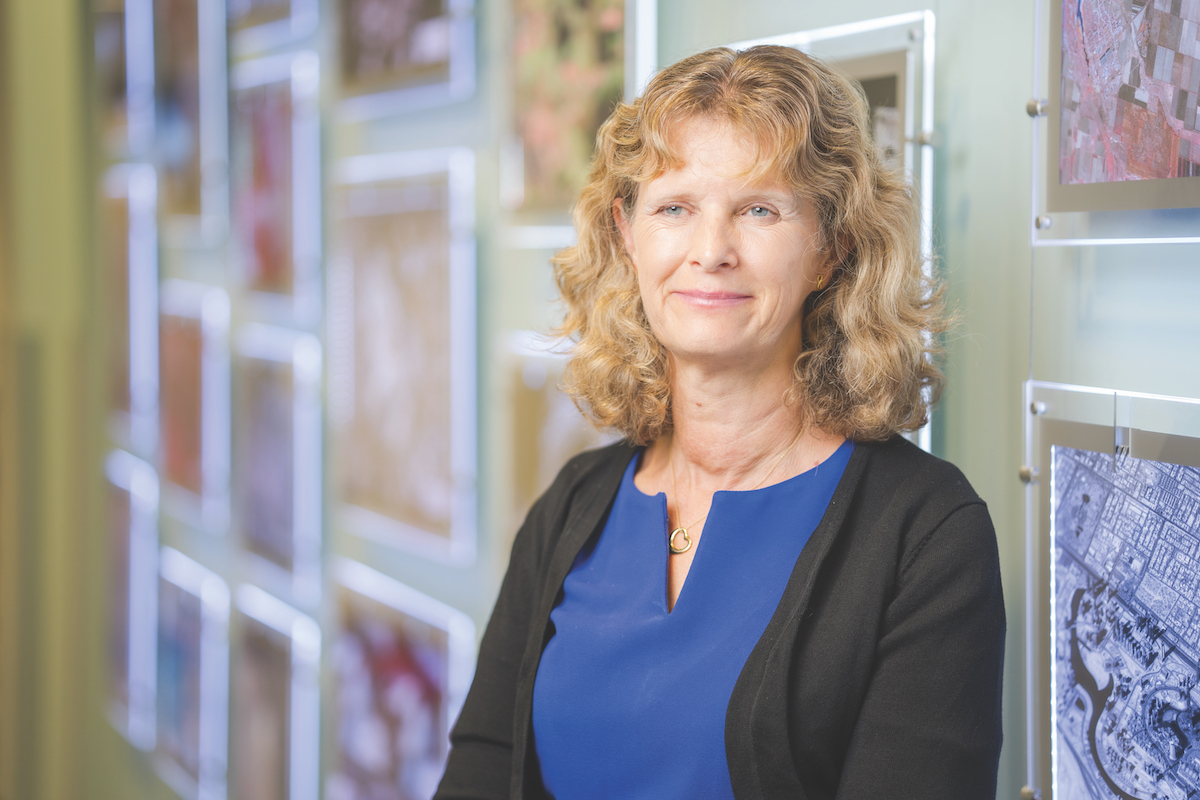 Many people in the company have begun to ask: ‘We’ve done what we set out to do, so now what are we here for?’ Her response echoes the company’s new slogan: “Our main plan is to continue to do space differently”.

This means pivoting SSTL to be an ‘enabler’ within the space industry. One example of how Sarah has executed this vision was the recent launch of Formosat-7 – a bundle of six microsatellites commissioned by Taiwan’s National Space Organization (NSPO) and the US-based National Oceanic and Atmospheric Administration (NOAA).

SSTL built platforms for the project and hosted NSPO members at its headquarters in Surrey for training. The final product was then shipped to Taiwan to integrate the payload, and it was launched into space, where it will monitor Earth’s climate as well as space weather.

“It was a huge thing in Taiwan,” Sarah says. “They had the minister there, and it was on national TV – absolutely major for them. It’s a major step forward, not just because they completed a space launch but because they now have in-country capabilities to do it themselves in the future.”

Sarah’s openness in describing how SSTL builds its customers’ capacity raises an obvious question – isn’t this bad for business? “People say we’re absolutely crazy because we are building competition for ourselves and reducing the size of our market,” she says. “

The solution is simple. We reinvest the money that we make from these training programs into innovations, making sure that we’re developing the technology, which leads into the next training program. That way, both we and our customers are always moving forward.”

These achievements have only been possible, Sarah says, as a result of SSTL’s unique approach to building relationships with customers. “We’re very friendly, and we’re not overly commercial,” Sarah says.

“We work very collaboratively with customers to achieve an end goal rather than just concentrating on where the contract says we’ve got to deliver five of those by next Tuesday. We focus on the end goal we’re trying to achieve, the best way of achieving it, and how can we work to get there in the most cost-effective way that meets the customer’s longer term objectives.”

Moreover, when customers send their engineers to SSTL’s headquarters for training, they become part of the SSTL family, playing on its football team and joining in social events. The trust this fosters between SSTL and its customers gives the company the flexibility it needs to do space differently.

“We have our own way of thinking about how we test to prove our quality, and we work with our suppliers to get them to have that same mindset,” Sarah says.

In one case, the battery producer Saft was able to deliver a product, which was projected to take 12 months to develop, within just seven months. “We worked closely with them and they minimised their normal review process, only doing what was absolutely critical to ensure the successful performance and delivery,” Sarah explains.

“The moon is obviously the next logical step for us.”

This quick turnaround ensures a fast-paced, exciting environment for SSTL workers and partners. “Our team is doing really exciting work, and they’re getting a high level of responsibility. They’re seeing the fruits of their labours come to fruition very quickly and then moving onto the next project,” Sarah says.

“We’ve got people who have been here for 20 years, and they probably would have worked on, I don’t know, 10 missions, which is just really cool.”

With its energetic commitment to innovation and nimble approach to business, it seems there is no limit to what SSTL can achieve. Nonetheless, Sarah keeps her eyes on relatively humble prizes. “The moon is obviously the next logical step for us,” she says.