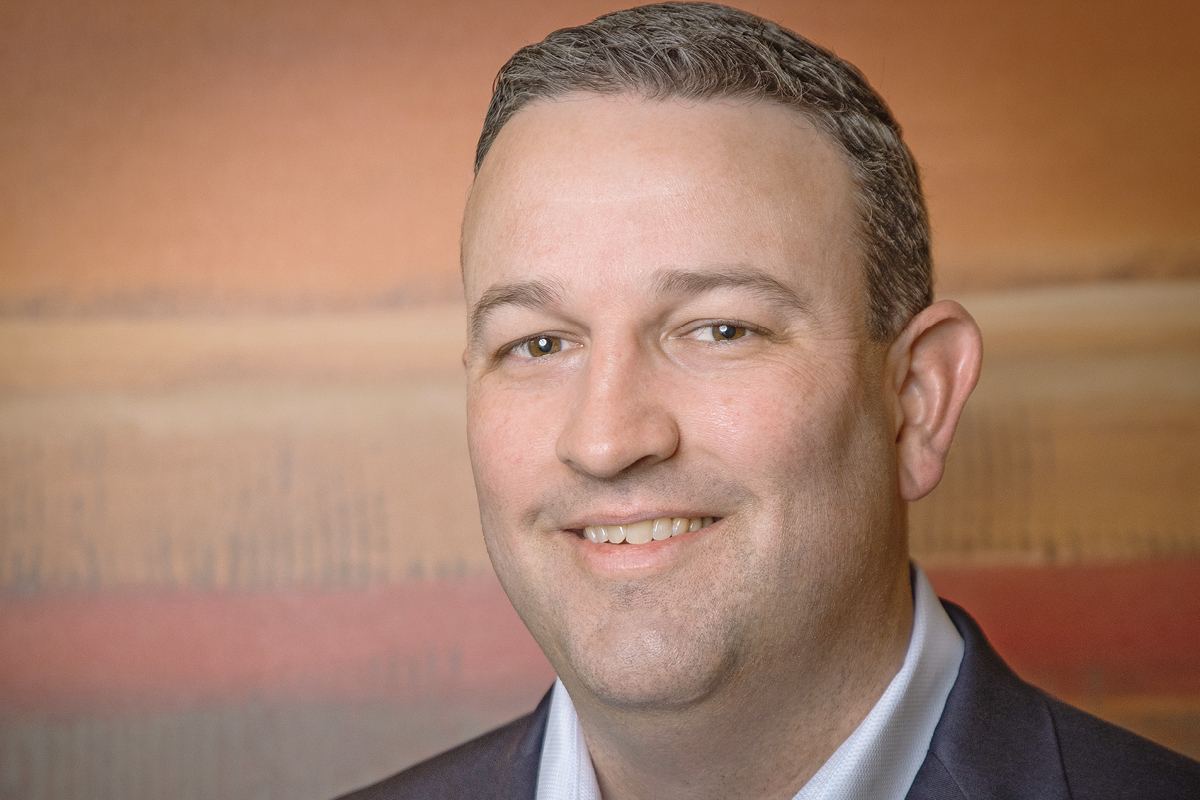 If anyone appreciates just how prescient the US Census Bureau’s decision to move online for the 2020 edition has proven, it’s Seth Moore. “It’s fortunate that we’re able to use the internet to collect responses from this census,” the CEO and President of T-Rex Solutions tells The CEO Magazine.

Not that anyone could have foreseen the devastation the COVID-19 pandemic would cause, but at a time when many of the 52 states and other jurisdictions of the United States were enforcing strict social distancing measures, he admits that “it’s fortunate to be able to do it this way given the situation we find ourselves in. It’s really a success story that the capability arrived at the right time,” he continues.

From its headquarters in Washington, DC, Seth and his team are dedicated to delivering cutting-edge IT solutions to government agencies such as the Census Bureau. “Our customers are thirsty for innovation and they want to take advantage of the recent advances in technology, whether cloud adoption, cybersecurity or big data,” he explains. Given the nature of its clientele, it’s a big job. “But we love tough challenges,” he smiles.

Perhaps none has been as big in the company’s 20-year history than the opportunity to help modernize the country’s decennial census – a feat it achieved in just 18 months.

“From a size and scale perspective, when you think about the challenge of counting every person in the country, it’s the largest peacetime mobilization of temporary workforce that our government executes,” he says.

His description of it as a “massive undertaking” seems almost an understatement. “We’re counting more than 330 million people, with up to 600,000 people projected to respond online at the same time,” he continues.

“We’re supporting 254 regional offices with 20,000 office workers and over 400,000 field workers who all rely on the technology and the applications that we’re hosting within our environment.” And what’s more, there’s no room for error or delays.

“The census is mandated by the Constitution of the United States. It has to be done on schedule and right the first time round,” he says. So, no pressure then in a project that includes the design, development, implementation, operation and maintenance of the computing environments that host the 52 census systems required to execute the mission.

“We’ve developed a hybrid multi-cloud environment for them,” he explains. “We integrate the 52 systems as a system of systems and execute performance and scalability testing to ensure the systems function at scale as required. We also provide the infrastructure layer of cybersecurity via cutting-edge active cyber defense solutions, and we are responsible for the software development of three of those 52 sets of systems.”

Taking count in the time of coronavirus

At the time of writing, Seth revealed that more than 63 million households had already responded to the census, which equates to just less than 50% of all households in the US. “Our busiest day was 1 April, with more than four million responses alone,” he says. Since then, he continues, the response rates have exceeded the demand rate model projections. “Typically, in the United States, around 61% of people respond on their own and the other 39% have to be contacted by the Census Bureau. The fact that we are just under 50% right now with online responses would probably suggest we are going to see a higher self response rate in 2020. “The next major milestone will be to send the field force out, once it’s safe to do so, to ensure a full and complete census,” he continues. The US Census Bureau is intending to hire up to 500,000 people to perform that work. “That’s going to be a real shot in the arm for our economy, and T-Rex is proud to be associated with the census and to be able to help during this challenging time.”

Along with internet self-response (for the first time in US Census history), a number of innovations were introduced for this edition to make it more effective and affordable.

These include address canvassing using geospatial mapping, a mobile instrument for non-response follow-up home visits, and the use of administrative records to help match the information received.

“We’re been intimately involved in implementing the technology solutions to enable these four innovations that are really going to save the taxpayers a lot of money,” he says. 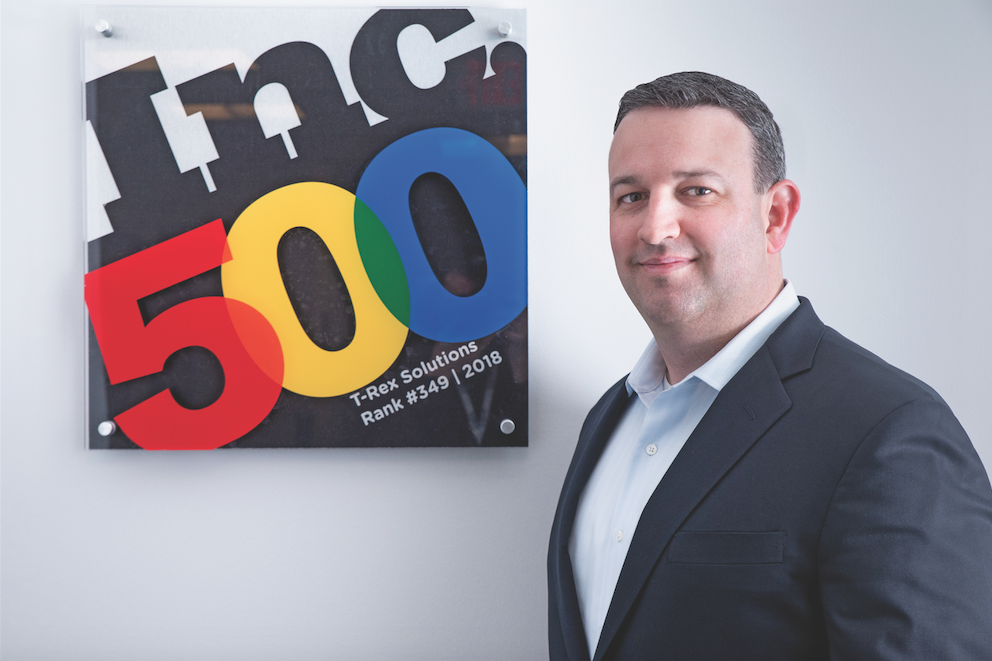 Seth says that it’s the “visionary and innovative” customers like the US Census Bureau who have helped the business achieve a stunning three-year growth of 1,622% – and a place on the Inc. 5000 fastest growing private companies list.

“The Census Bureau has boldly redefined the road map for successful IT modernization in the federal sector,” he says. Other variables that have contributed to the company’s growth include its team and partners.

“We’ve built a great team of IT modernization experts at T-Rex, who develop innovative and affordable next-generation IT solutions for our clients. To round out our offering, we’ve leveraged the leading technology providers and domain experts,” Seth explains.

As it’s grown, maintaining its entrepreneurial spirit has been a priority. “We like to say we have the agility of a small business with the maturity of a large one,” he says. Agility and innovation are two characteristics that he identifies as keys to success in such a rapidly evolving yet highly regulated industry. But, he adds, there are also two others that are crucial as well: trust and an understanding of the customer’s mission.

Seth says that his leadership style has been influenced by the sporting roles of his youth. “I was a quarterback on the football team and I played shortstop and pitched in baseball – all positions that are naturally leadership roles.”

And the best way to demonstrate that capability is through past performance. “We’ve proven our capabilities on one of the largest and most complex undertakings in the federal civilian market, helping the Census Bureau make an enterprise move to the cloud with mission-critical applications for the 2020 Census.”

The census is mandated by the Constitution of the United States. It has to be done on schedule and right the first time operations center, self-response quality assurance operations round.

From a mission-understanding perspective, he says that “contractors can’t deliver optimal solutions without a comprehensive understanding of the customer’s mission”. Every engagement is launched with a deep dive into the mission objectives of the customer so tailored solutions can be proposed. 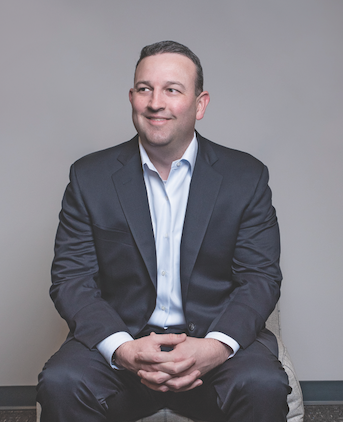 Seth began his career as a financial analyst at Lockheed Martin and spent 15 years at the security and aerospace company.

In 2016 he joined T-Rex as CFO, before becoming Vice President and COO a year later.

He was appointed CEO in April 2019. “While I’ve been in leadership roles in Fortune 100 companies and helped lead large-scale programs both internationally and domestically, this role has really provided an opportunity to be part of a team implementing new innovations on a scale that has rarely been seen in either government or industry,” he says.

He describes his progression through the business as “fairly natural” for two reasons. “I’ve got a very experienced and high-performing leadership team. Each member of my staff has more in-depth experience in their specific domain than I do, which is very comforting,” he explains.

“I also have a very clear understanding of the bones of the company from both a financial and operational perspective, which made the transition to CEO very smooth.”

“A leader who embodies the T-Rex culture,” is how Seth describes himself. “We lovingly refer to our culture as All T-REX,” he says. It’s an acronym that stands for its cultural imperatives: agility and innovation; learning continuously; leadership and empowerment; teamwork as its advantage; respect for the individual; and excellence in all it does.

In a reflection of the last, T-Rex was recently ranked number one by Bloomberg for providing cloud services to the federal civilian government market space.

“The industry is starting to recognize the work we’re doing, and that’s setting us up for a really fantastic future,” he enthuses. “One where we’re going to be able to help improve how government delivers IT services to its citizens, and that’s a very exciting thing for T-Rex.” 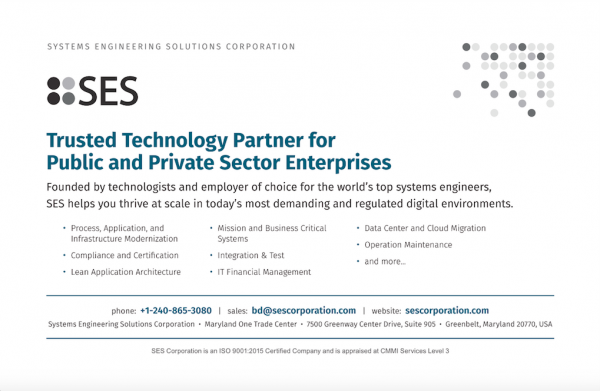