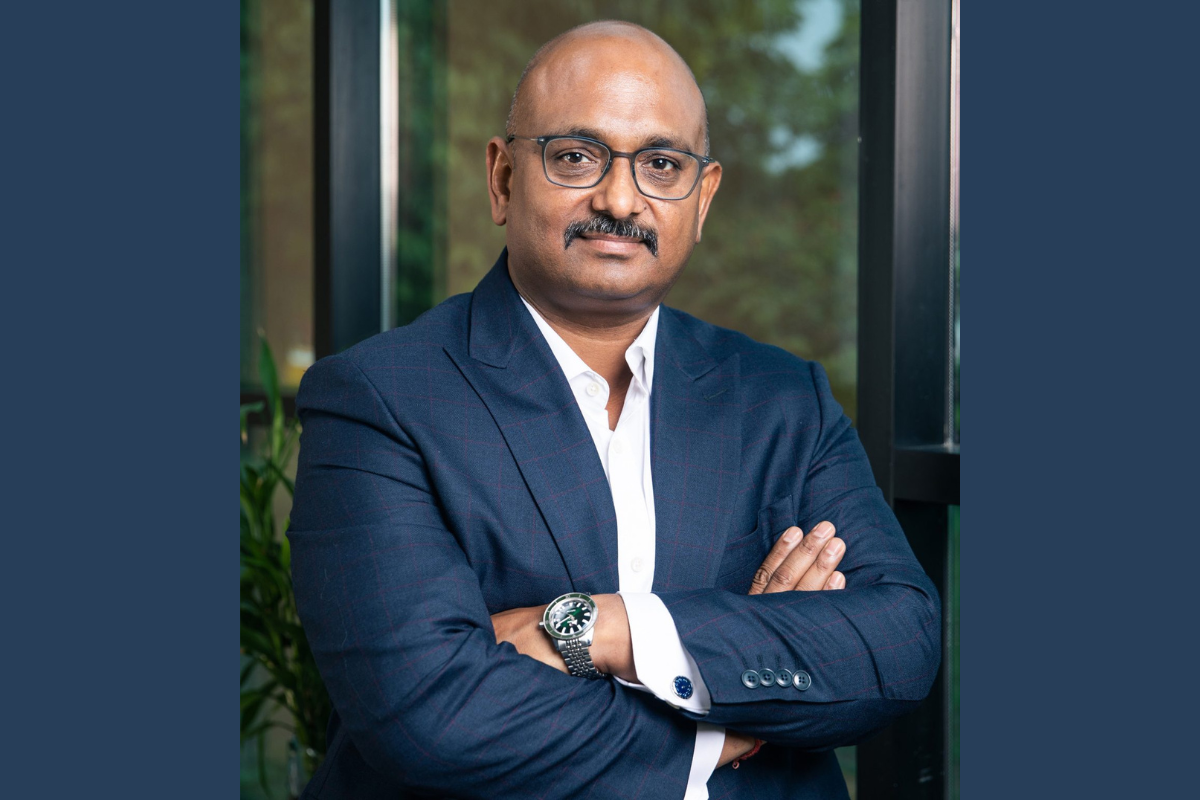 Having been with TDK Group for six years – three as the President of Energy Devices – Shirish Prasad was chosen to head the Group’s newly created energy device company, Navitasys India, and has been the Managing Director since its inception in February 2019.

Also known as NVTI, Navitasys has two manufacturing facilities in India at Bawal and Manesar, with a gigafactory being built in Sohna, near Gurgaon, which is expected to be complete in the next two-to-three years.

Shirish tells The CEO Magazine that the company has increased its volume from 24 million batteries in its first year to 60 million last year. “Before 2019, we were manufacturing AC and PFC capacitors, which were shifted to the TDK Electronics factory in Nashik,” he says.

“I’ve been leading Navitasys since 2019. We started from scratch and now, after three years, we are a US$410 million per annum business.” 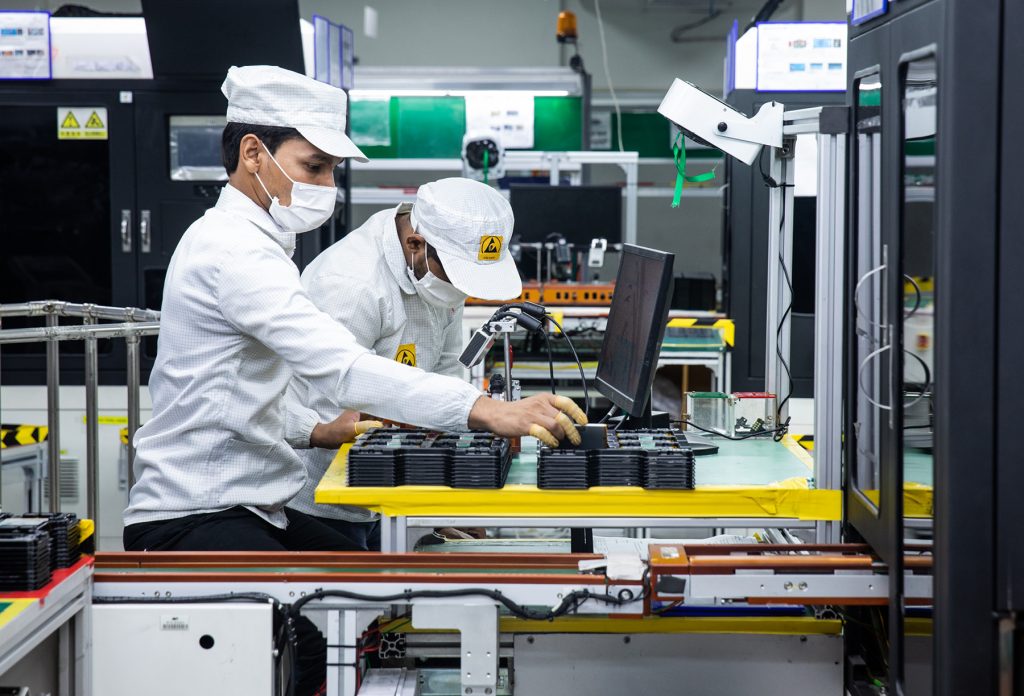 The business has four verticals, which include producing battery packs for smartphone manufacturers (of which the company has an almost 50 per cent market share), and electronic vehicle (EV) batteries mainly for two wheelers.

The third vertical is the production of surface mounting technology for internal requirements, the fourth is power banks and, going forward, Shirish says the company intends to start producing notebook and watch batteries, too.

“We are now looking forward to growing in the EV market. The team is already working on technology requirements and market research,” Shirish says. “Our endeavour is to improve the cost factor for EV markets with the objective to make it feasible for EV customers.” 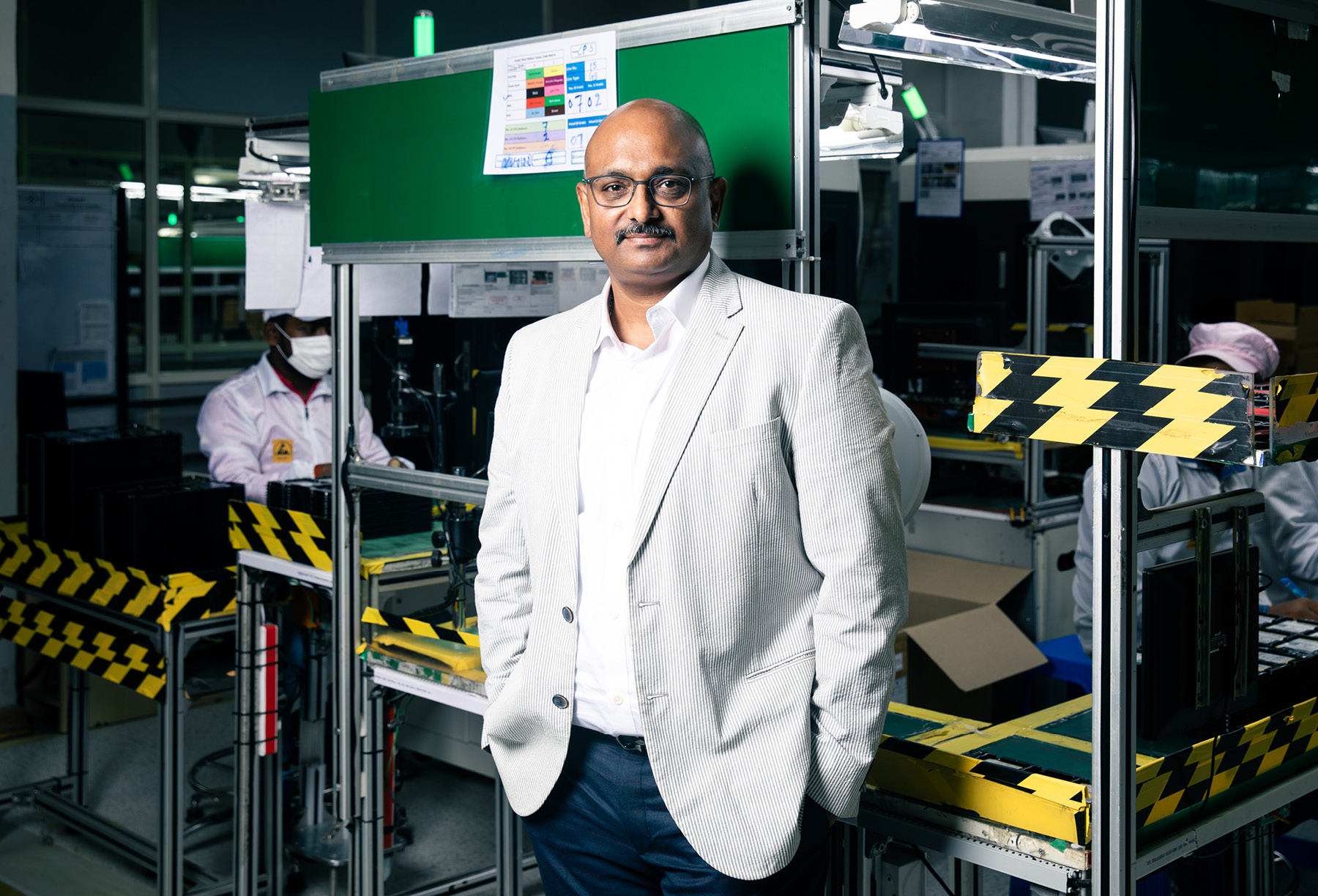 I’ve been leading Navitasys since 2019. We started from scratch and now, after three years, we are a US$410 million per annum business.

Having been with the group in some capacity for almost 10 years – three years with Navitasys India, and the previous six-and-a-half years with TDK Electronics – it’s fair to say Shirish has seen some changes.

“When undertaking a complete overhaul of the factory and business operations, one of the major changes we brought in was a new Management Operating System (MOS) which focused on improving and controlling the leading indicators for safety and process quality,” he says.

After significantly improving their processes to the tune of 400 per cent, and achieving a healthy operating profit as a result, the approach was then rolled out across the company’s various verticals as well. It was around this time the company realised that if they continued only adding manual lines, the footfall in the factory would have to significantly increase.

Looking at the factory’s manpower turnover, Shirish says it was clear this would be a problem and this led to an investment in improving automation on the shop floor, which turned out to be unexpectedly timely, as the COVID-19 pandemic hit just as the company were implementing these new systems.

Following automation, the company was able to reduce operators on the line from 40 to 10 in total, which made it easier to comply with necessary social-distancing requirements.

The pandemic shutdowns also meant the company didn’t have access to technicians from outside the country, which posed a significant challenge – they had the equipment and the machines, but how would they commission them without technicians?

Because the in-house engineers had to commission and run the production themselves, their learning curve was much faster than it would have been during normal times. So where engineers might have taken three years to learn a line, they instead learned it in nine months. 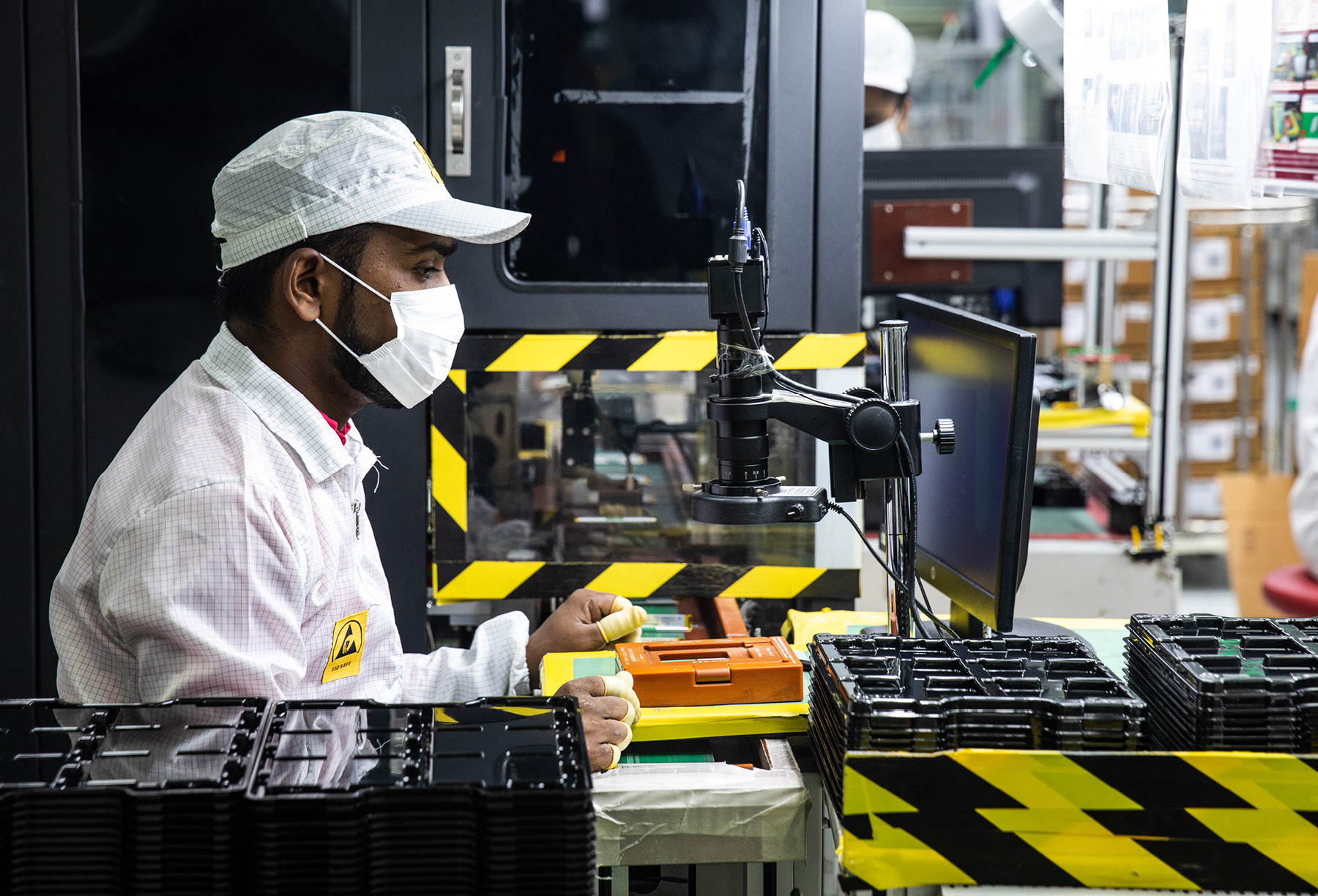 Fortunately, we planned for the capacity and capability to run the floor without any external support. Being a new technology, it was imperative for the local engineers to be highly focused in order to keep the show running.

“Fortunately, we planned for the capacity and capability to run the floor without any external support. Being a new technology, it was imperative for the local engineers to be highly focused in order to keep the show running,” he says.

“That has been beneficial because we were able to save on the costs of expats, and all of our engineers were learning much faster and in a much better way. That gave us the jump over the competition, and we crossed the fifty per cent market share last year.”

Shirish says both the COVID-19 pandemic and geopolitical issues have disrupted the company’s supply chain, especially during shipment and chip shortages – an issue which it has overcome with the support of the Group’s other companies.

He acknowledges that safety is crucial for the energy device sector in particular. “Lives are at stake and nothing is more essential than that. By adopting automations, we at Navistasys place high priority on the product, process and employee safety. It’s truly how we set ourselves apart from our competitors,” he says.

These achievements were highlighted when the company won the Global Safety Summit EHS Award in the electronics manufacturing major sector in 2022. “Safety is paramount for our business,” Shirish stresses. 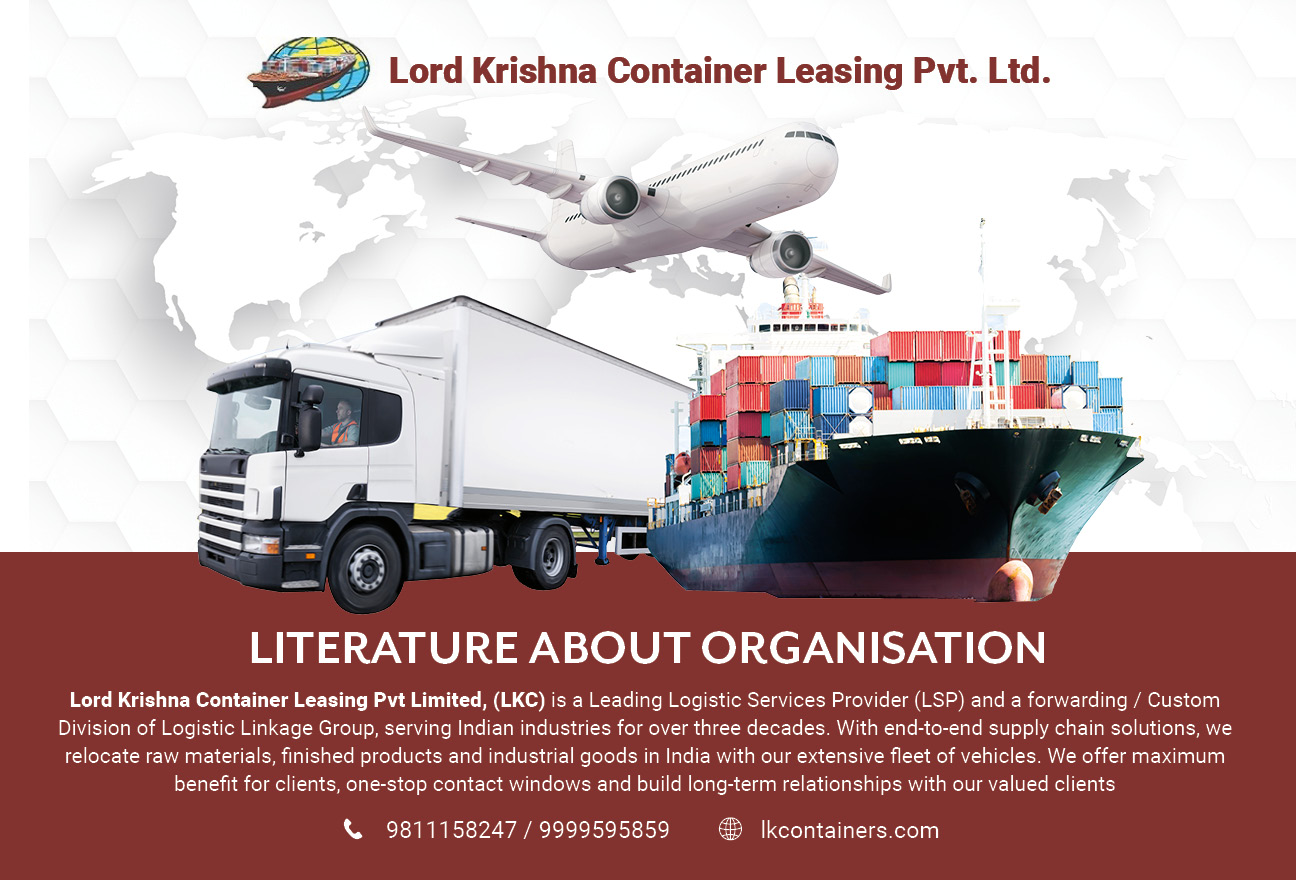 “Since the start, we have handled Navitasys India’s cargo on all the major ports and airports of India. It has been sincere in all its interactions and actions towards following rules and guidelines of customs, which helps to effectively serve it in this industry.” – Vipin Bhardwaj, Managing Director, Lord Krishna Container Leasing