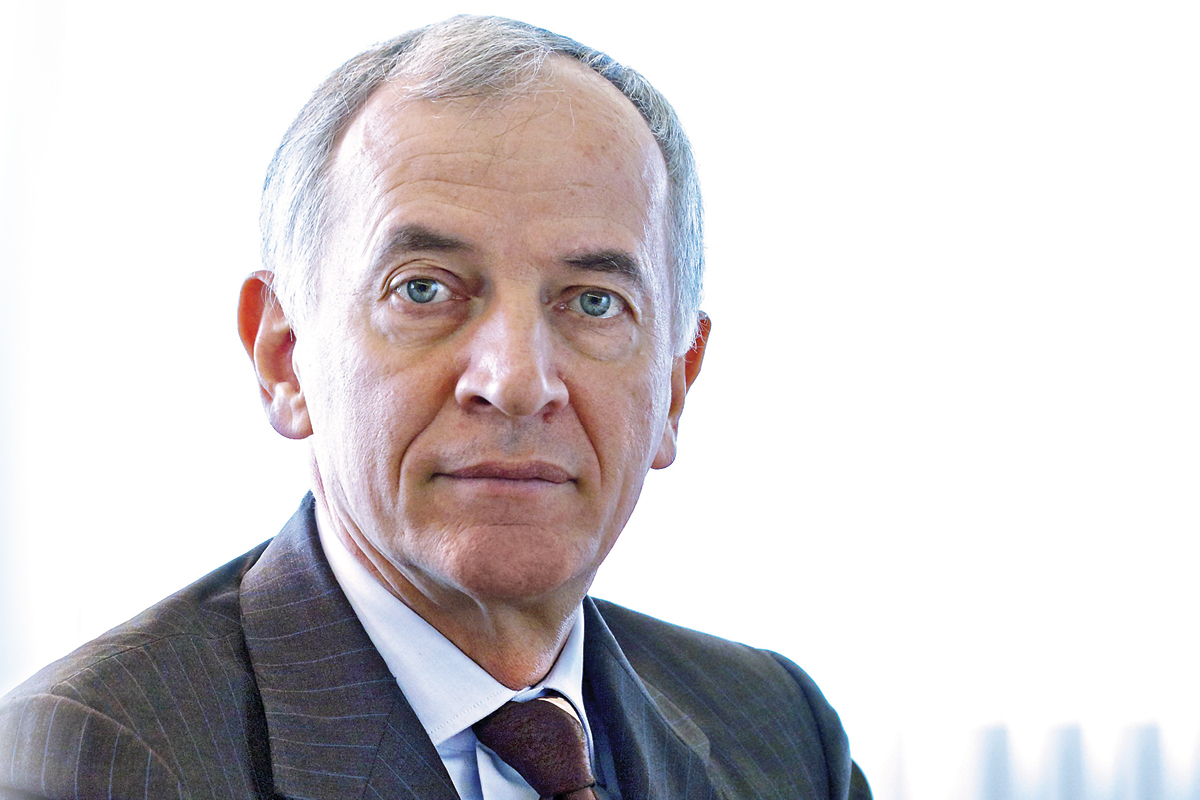 For more than half a century, Luciano Bonaria has worked in a world most of us don’t understand. And probably never will. In his world, SPEA engineers huddle behind closed doors to design machines needed to test new technology. The technology that makes our world
function. The technology we can’t live without.

The SPEA CEO understands the enormity of this responsibility, admitting that the urge to be constantly and rapidly updated in every area of technology is embedded in his engineers.

“As soon as the next technology is invented, we must produce testing machines to make sure it works,” Luciano explains. “It’s our expertise that ensures all these new devices function. It’s important really when you think that technology is everywhere and impacting every aspect of human life.”

The company’s client list boasts names such as Bosch, Marelli, Continental, Medtronic, NXP, STM, Microchip and Maxim, with the growing electric car industry adding Tesla and Waymo to the list.

“As for smartphones, we have all the top brands,” Luciano says proudly. “In fact, we have multiple tier-one companies in virtually every field where technology is used.”

Headquartered in Italy’s north in the industrial hub of Volpiano, Turin, and with subsidiaries in Asia, the US and Europe, SPEA employs more than 750 people, half of whom are testing engineers working in R&D.

Of course, the question of whether the technology invented at Luciano’s ‘brain company’ is ultimately smarter than the humans creating it is put forward. Luciano doesn’t hesitate. “No, no, no. Of course not. Humans are smarter. But only brilliant humans, those who can conceive of, develop and advance technology again and again. And they are hard to find.”

In fact, finding the right talent to produce this high-end technology is one of Luciano’s most difficult challenges. The industry continuously needs young people to train and advance to the level needed to keep a step ahead of the technology erupting constantly onto the market.

“SPEA is a brain company because we have visionary and cutting-edge expertise at the highest level,” he says. “But it’s difficult to find experts because there is no university in the world that can prepare a talent for something that has not yet been invented.

“SPEA is a brain company because we have visionary and cutting-edge expertise at the highest level.”

“We continuously need young people to develop into engineers and researchers at our high professional level. We start with young people, aged 19 to 23, when they are just leaving technical school or university.

“We also source talent from overseas, developing them before they return to their home country,” Luciano adds. “This is good because they give their full commitment to SPEA and stay with the company for a long time instead of hopping from firm to firm. We need this type of personnel.”

Luciano’s own fascination with mechanics emerged as a young child. He remembers building a spinning top at age four, creating his first electromagnet to attract iron with coils and electricity at 11, and by 15, he was mounting radio receivers with electronic tubes. A year later, he was making radio transmitters using transistors. 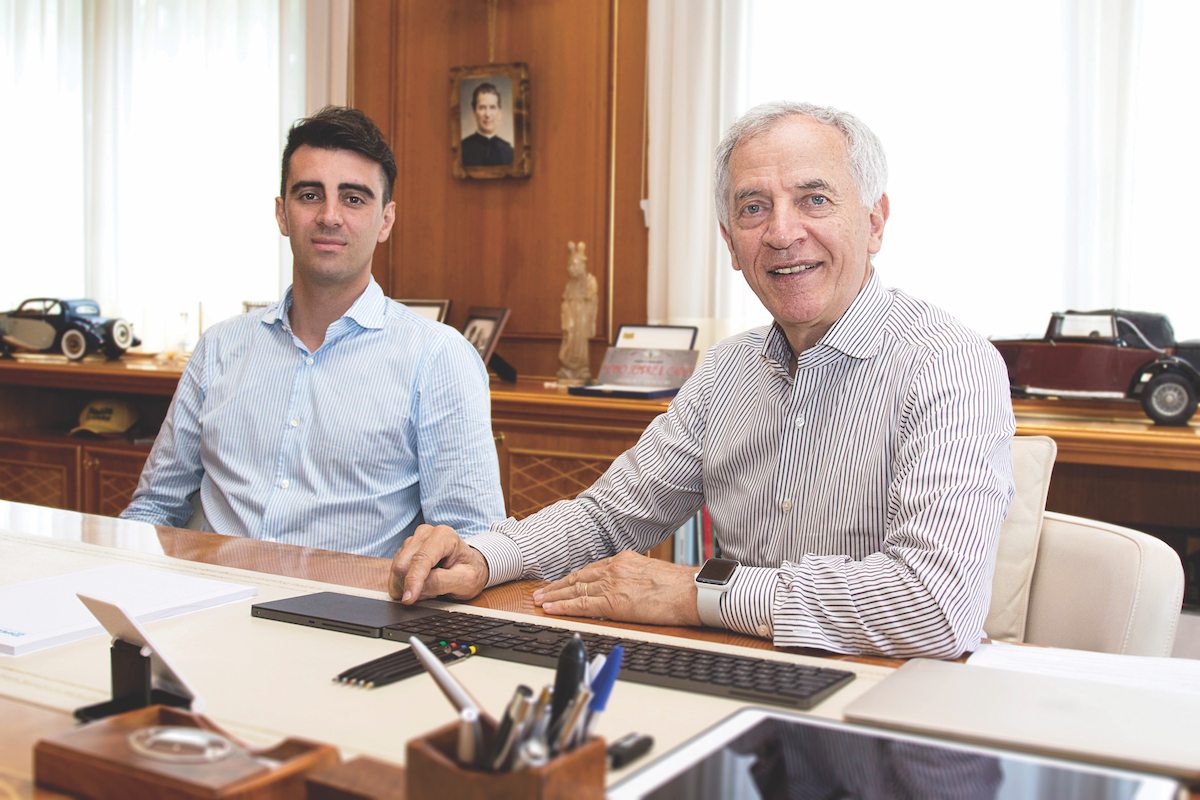 However, the moment he remembers more than any other is when a piece of advice given to him at age 13 determined in his mind the direction of his future.

“I remember it so well,” Luciano reflects. “It was 1961 and my father had requested a man talk to me about which direction I should take at school. He told me there was a new field emerging called electronics and that meant focusing on mathematics. He told me that once you understand mathematics you can understand everything in the world.”

“All this emerging modern computer technology and there I was in the centre of it. I joined Olivetti in 1968, when I was 20, and moved to General Electric a year later.”

For nearly a decade, Luciano worked as a design engineer for testing equipment before deciding to branch out on his own in 1976 and launch SPEA. His goal was to create a solution to have all electronics industry products 100 per cent tested.

“Although the electronics industry died in Italy during the 1980s, we inherited what we do best in the field: inventing things that our main competitors couldn’t,” Luciano explains. “That’s been the core of SPEA’s ongoing success.” Today, the evolution of new technologies is forcing manufacturers to purchase more and more testing and calibration machines. It’s an acceleration in demand that SPEA is meeting head-on and faster than its competition.

“We are very quick to design and we manage to get ahead of others on the market with the required solutions,” Luciano explains. “The creativity of our engineers is trusted to rapidly invent machines that can detect weak components and hidden failures.

We also offer great flexibility, because when you have a customer who is asking for something, it’s important to always understand their perspective. The customer must be satisfied. This way, they will return.”

Luciano rejects the idea that the world is too reliant on technology, even dismissing our increasing dependency on mobile phones. Instead, he focuses on the positives that technology brings, believing it deserves even greater appreciation.

“Because of technology, we live in a world where we can have a better quality of life,” he says. “Negative people will say it’s used to control or exercise power over us, but we cannot rely on that point of view. We should rely on people who see the positives that technology brings, such as making us more secure and keeping us all connected to information and to each other.

“As far as being too dependent on mobile phones, I think there are three types of people,” Luciano adds. “There are old-school people, who don’t understand technology but use mobile phones, old models, just to make phone calls. Then there are others using their phones to improve their lives, using them for information, connectivity and alerts.

“Then there is the third type who exaggerate their use. The addicts. It’s like having one or two glasses of wine with a meal, or three or four bottles. Regular people enjoy a good glass or two of wine in the right measure. I think most people are like that.” 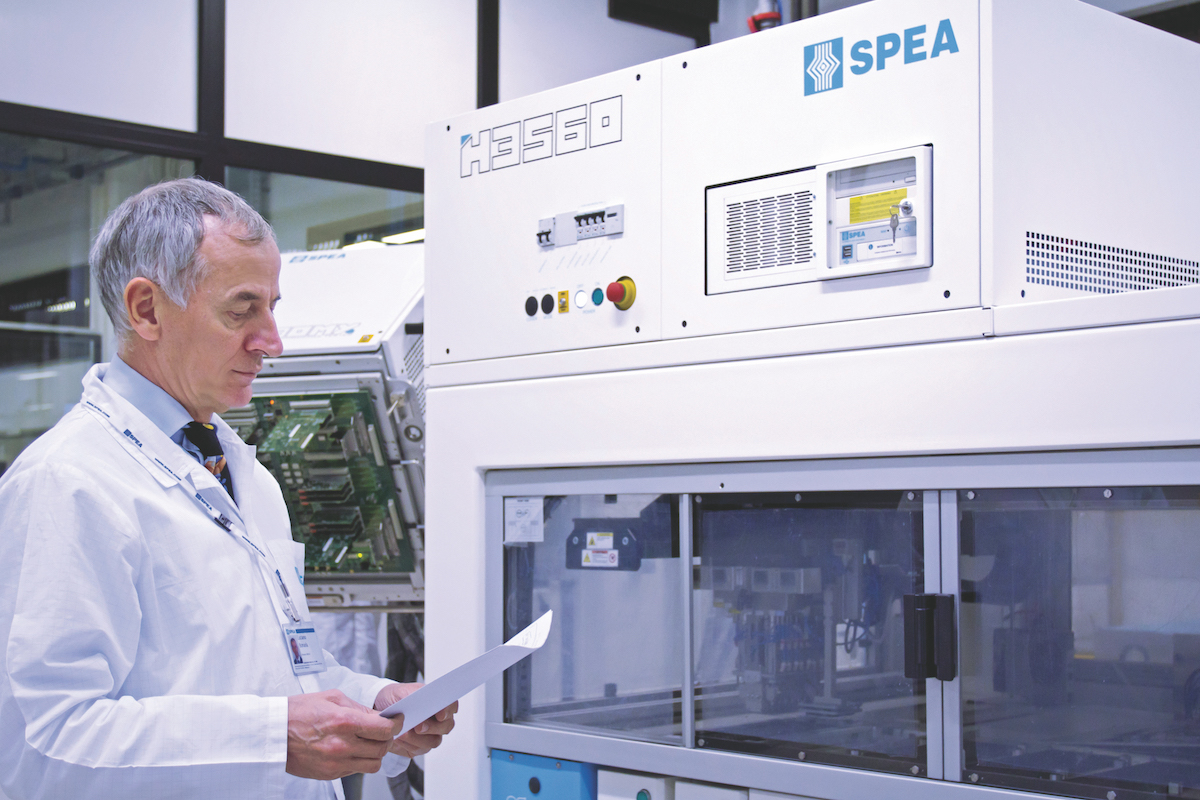 As a leader, Luciano is passionate about growing more leaders, a passion he concedes sometimes involves setting up people to fail. He believes it’s the only way to learn. “I assign very difficult tasks and then accept the mistakes they make because they will inevitably do something wrong. I don’t criticise their faults or mistakes but teach them how to fix them quickly, or solve the problems they have.”

Meanwhile, his son and SPEA CFO Lorenzo is growing as a leader after joining the family business in 2000 as a member of the planning and accounting department. Luciano, however, laughs at the suggestion he’s ready to handover over the reins of the business. As far as he’s concerned, there’s a lot more to accomplish while he is at the helm.

“I am still very involved,” he admits. “Last year I celebrated my 70th birthday and 50 years working in this industry, but every day I am working and observing new designs, results, personnel, safety issues and the new types of customers we are bringing in. I don’t micromanage these corners of the company, I have leaders to do that.

“I will never leave, my life plan will decide that,” he laughs. “Lorenzo has a good brain and a vision and already plays a major role in this company. When I’m no longer around, he will run it.”

Meanwhile, Luciano’s ‘life plan’ is very full; away from the office he enjoys another world that does not involve technology. He’s a passionate trial-bike rider and heads the SPEA Trial Club, which pulls together champion riders to cultivate and train young instructors and riders, some as young as four years.

“My parents gave me very good advice and that was to always be healthy, so I developed a love for sport,” Luciano explains. “Each weekend, I ride my bike on mountains, always practising. I jump from one rock to another, not so high, but at my own comfortable level. I also enjoy riding a snowmobile through the mountains of Italy, or playing basketball.

“Technology does not mean happiness and knowledge. Technology is just a tool.”

“I like to do the simple things I did as a boy,” he adds. “To look at the beautiful mountains, the beautiful seaside, all that we have in Italy and around the world that technology can’t improve. Technology does not mean happiness and knowledge. Technology is just a tool.” 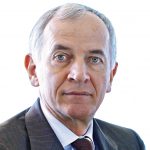