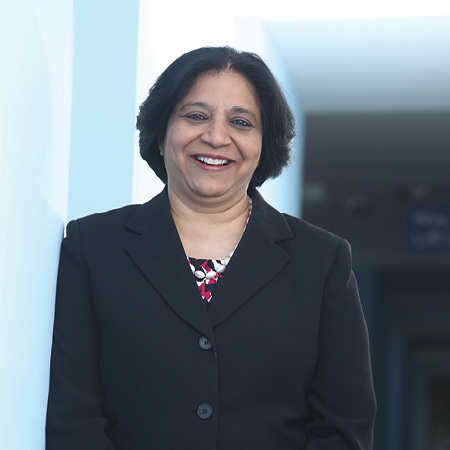 The average person may associate IBM with personal computers. Vanitha Narayanan, Chairman of IBM India, shines a light on another aspect of what the company has been offering the world for more than 100 years.

“When I look at the places where we’re making a difference in our engagement and winning clients it goes back to something that’s been core to our company for more than 100 years now: very deep industry insight.” That insight is becoming all the more valuable as industry lines blur.

For instance, she says, IBM is leveraging both its local and global banking and telecom expertise in its dealings with India’s payment banks and small banks. “Our understanding and depth of insight on building and scaling up those platforms for mobile companies is something we can bring into the converging dimension of banking and telecoms.”
Vanitha also points to the way retail is becoming far more than an industry segment with banks, insurers and telecom companies all viewing themselves as retailers these days. “It’s about bringing that retail experience and a retail customer journey to a lot of other industries who are built with B2B back ends and are now looking at how to digitise and tailor their practice to consumers.” 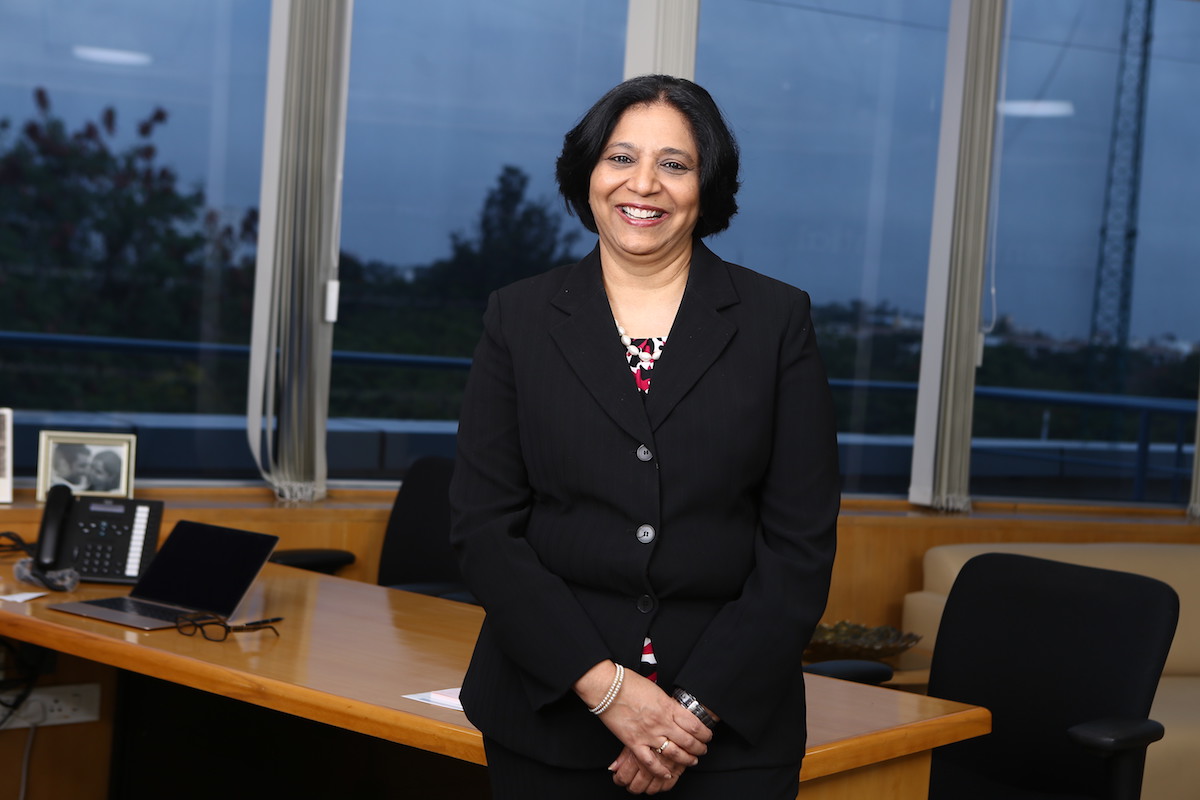 The average person may associate IBM with personal computers. Vanitha Narayanan, Chairman of IBM India, shines a light on another aspect of what the company has been offering the world for more than 100 years.

“It’s all about ensuring that the way we work delivers a better outcome for the client, otherwise the partnership isn’t sustainable.”  – Vanitha Narayanan

She sees a big opportunity for IBM to facilitate that process via its portfolio of cloud platforms and cognitive solutions underpinned by analytics or digital intelligence. “I see that driving transformation within enterprises and companies,” she says.

There are also opportunities to be unearthed in industries where IBM hasn’t played much of a role in the past. Vanitha sees immense potential in the health industry, for instance. She points to Watson for oncology, a cognitive computing platform trained by Memorial Sloan Kettering that analyses data to provide information and insights regarding evidence-based treatment options, to help oncologists provide cancer patients with individualised healthcare.

“We have less than 2,000 oncologists for a country of 1.3 billion people and there are more than one million diagnoses of cancer every year,” she explains. “Something like Watson Oncology can augment and support the oncologist to be far more efficient with their time and provide better outcomes to patients. We think we’ll look back a decade from now and say that it made a difference.”

On an even broader scale is the transformation that will result from some of the major government initiatives, which are closely aligned with IBM India’s strategy and changing capabilities in the areas of cloud platforms and cognitive scale expertise. Here Vanitha reels off a list of big-picture initiatives: smart cities, digital India, financial inclusion, and Startup India.

For small and medium enterprises and start-ups, she says: “We have a new world with the way we deliver capabilities and this new model really democratises high-end technology.” A start-up that wants to embed an API into an application of a product or service it’s building in a very local context is able to do that without having to invest a lot of capital expenditure.” 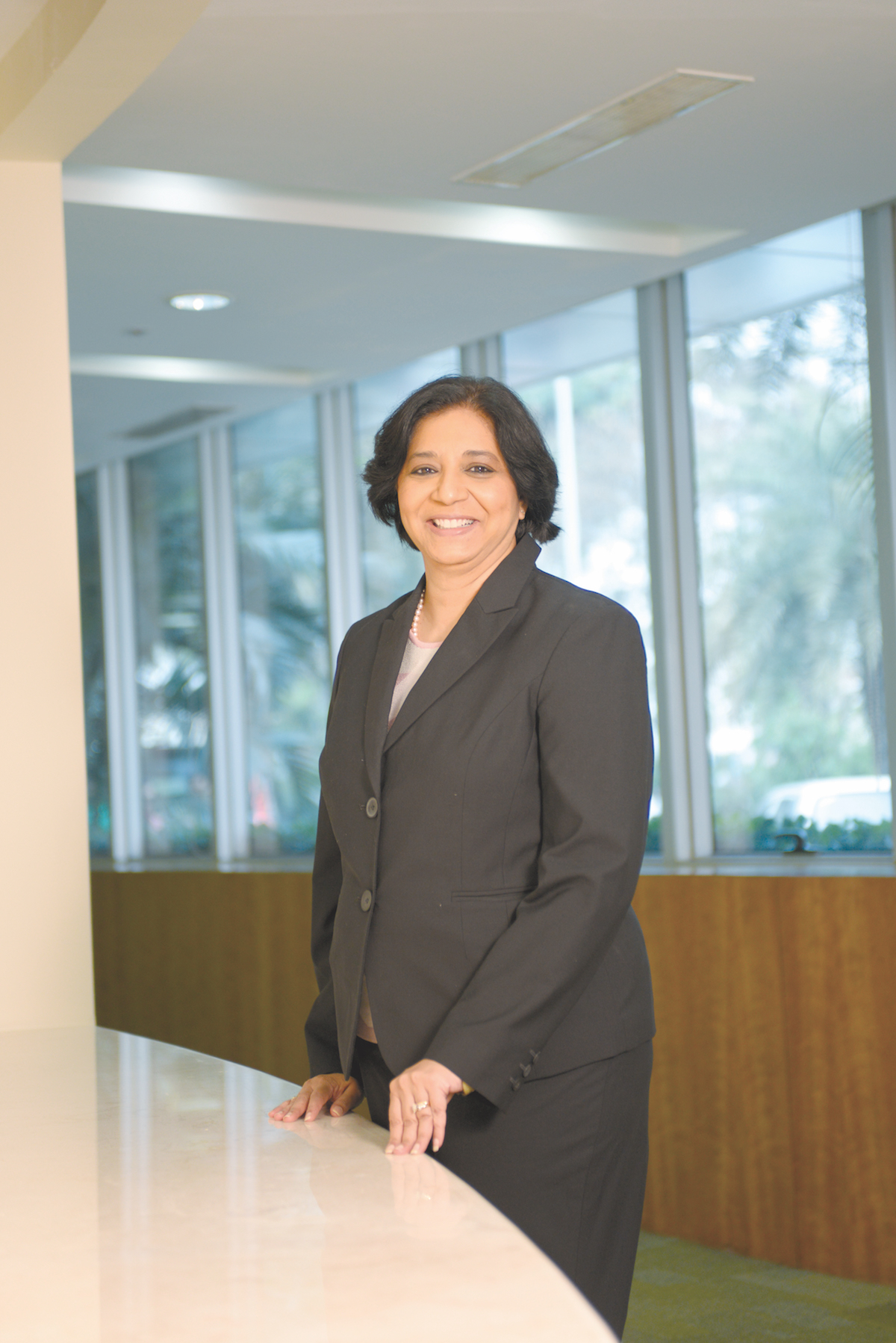 The outlook wasn’t always so exciting. When Vanitha took on the managing director role, prior to being recently appointed Chairman, in January 2013, the country was experiencing a period of stagnation. “The government was not moving forward with a whole lot of things and private companies were in a wait-and-see mode,” she explains. “The market was somewhat subdued. We were going through a fair amount of policy and regulatory work; customer sentiment was probably not where one would want it to be and technology disruption was just starting to kick in.”

Against that backdrop Vanitha spent her first year examining the changing market and how to best position
the company for the next stage of growth. “In 2014 I put together a revised Indian strategy with my team which I took to the former chairman and senior executives of IBM.”

By the middle of 2014 the country was shifting gears. “We had a new government and there was immediately a shift in market sentiment,” she says. Until that point IBM’s clients in India had generally been large private enterprises and some large public sector enterprises. “We were also looking at the broader canvas of both government-related programs as well as the transformation of the private sector. Some of the pent-up investments that had been sitting there for a couple of years were starting to shift and people started to look at digital transformation as some sort of industry transformation.”

Over the past two years, that has led the company to make some exciting contributions to India’s progress. For example, drawing on its Smart City solutions to transform the Presidential Estate of Rashtrapati Bhavan. “In the last two years the new investments we’ve made in the country have been very consistent with our changing portfolio and the changing capabilities of the company,” says Vanitha.

Initially, the business opened a private cloud data centre in Mumbai and then in 2015 it opened a public cloud data centre in Chennai. “We established the IBM Global Cloud Center of Excellence in India,” she says. Design studios were set up in Bangalore along with the MobileFirst for iOS garage. “When we look at new industry areas like Blockchain, we’re doing global work out of our Indian research lab.”

As someone who spent the bulk of her career outside of India, Vanitha sees herself as a bridge builder. She left India as a 21-year-old, spending the first two decades of her career in the US. “My first decade was largely spent on US-centric client-facing roles and then the second decade on global roles outside the US.” She then held an Asia–Pacific role in China for IBM for about two-and-a-half years before returning home to India.

“While you have to learn the international market, I think being home brings out something different,” she says. “There’s an emotional connection you start to see, not just with your country but with your team. I believe in this role I’m a bridge for a lot of my team — between them and the rest of IBM. I think my ability to leverage the broader network of IBM to solve problems is what helped me coming into this role.” 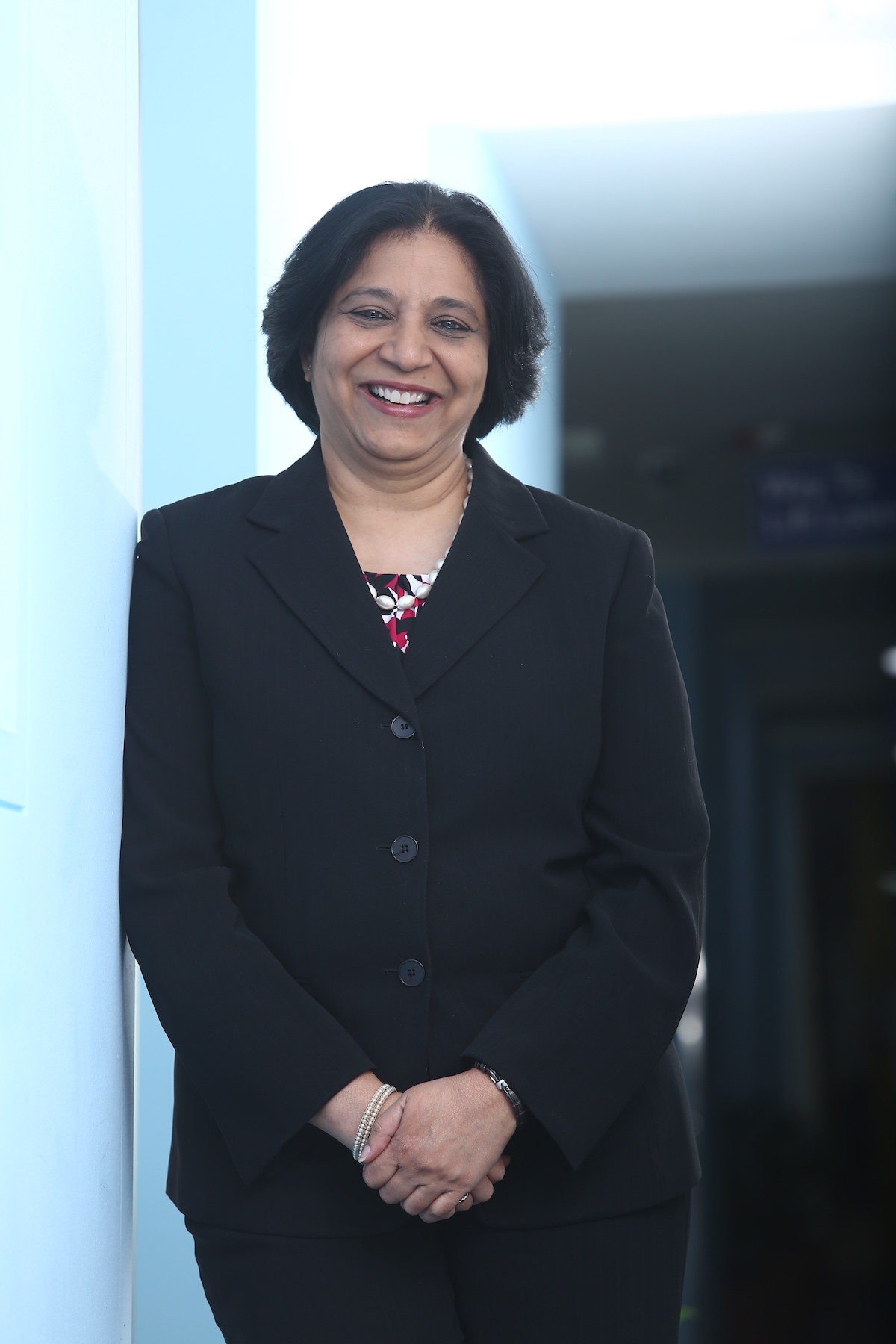 As a multi-dimensional business, IBM’s partners are many and varied. “For example, as a product company we have some of the largest Indian and global system integrators as our partners. In the services business we include not just IBM products but other third-party enterprise resource-planning products. The relationship could be with SAP, Oracle or Microsoft or small, local providers who provide some unique solution. We might have two distributors in the country for my hardware distribution and then under those distributors we might have a set of channel business partners.”

She emphasises that all relationships with partners are governed by the company’s processes.

“It’s all done in a very process-driven way that’s open and transparent and it’s all about ensuring that the way we work delivers a better outcome for the client, otherwise the partnership isn’t sustainable,” she says.

Greenfield oil refinery HMEL has partnered with IBM for seven years, successfully implementing and integrating various manufacturing execution systems as well as other projects including an enterprise performance management system. HMEL’s Chief Executive Officer and Managing Director Prabh Das says it’s one of the few refineries in the world to commence integrated operations from day one.

“As a partner, IBM has understood our needs and it is contributing its global expertise and incorporating leading practices and processes to support our goal of becoming one of the smartest refineries.” He also describes IBM’s leadership as responsive and proactive.

“They’re an important part of our growth strategy, enabling us to redefine our business,” explains Vanitha. 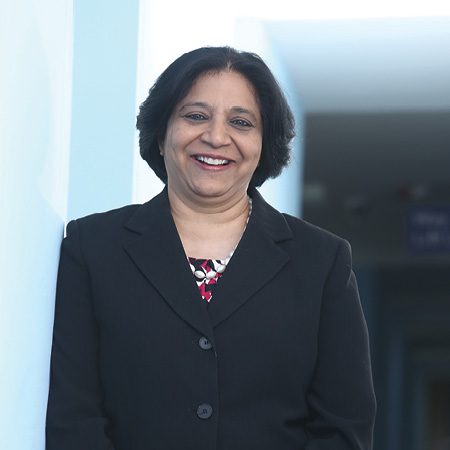