As society becomes increasingly digitally connected and data grows ever more valuable, the necessity of cybersecurity grows. Numerous recent data breaches demonstrate, however, that the cybersecurity sector is lagging. Vikram Sharma, CEO and founder of QuintessenceLabs, is taking up the challenge.

Vikram started the company in 2008, after he’d been involved in a revolutionary quantum computing and cybersecurity project at the Australian National University, having previously studied physics and computer science at Stanford University. In fact, Vikram started his undergraduate degree in physics and, although he soon changed disciplines, that initial interest remained. “This serendipitous set of circumstances led me to found QuintessenceLabs,” says Vikram. “Had you asked me just two years prior about my career trajectory, I don’t think I could have imagined how this path would unfold.”

QuintessenceLabs’ vision is to facilitate encryption of information, and encourage more comprehensive cybersecurity measures beyond firewalls. The aim is to simplify the generation of millions of encryption keys. Managing these on an enterprise level is difficult, but QuintessenceLabs uses quantum computing to generate true random numbers, creating secure keys, while providing an efficient software platform to manage them.

“One of our strengths as an organisation is to be able to synthesise unique, cutting-edge capabilities with real-world applications and make this technology available today,” says Vikram. “It’s not something that you have to wait five or 10 years for. This is already in use with banks, cloud providers, law firms and government agencies today.”

It’s no surprise then that QuintessenceLabs was selected as one of Westpac’s Top 20 Businesses of Tomorrow in 2017, a recognition of the company’s exceptional value, service and innovation. “We were honoured to receive that recognition and delighted to be among such an esteemed cohort of companies,” says Vikram. “We feel our mission aligns with the name of the program, in that we’re preparing companies to secure their valuable information today, but we’re also looking into the horizon of tomorrow.”

The win represented a number of benefits for QuintessenceLabs. Vikram notes it was a great motivator for the staff. “After all, that’s what the value of our company is, the collective output of an incredible group of people,” he says. “I have a dedicated team who are aligned with our mission. One-third have PhDs and the others all have deep industry experience.”

“The value of our company is the collective output of an incredible group of people.”

On top of that, QuintessenceLabs’ win saw its reputation grow across the industry, opening up new opportunities. “As an emerging company, the credibility in customers’ and external stakeholders’ eyes that came from this recognition was very valuable,” says Vikram. “Part of what we received was the ability to draw on some consulting services to help grow the business.”

The program also involved a study tour to help coach the chosen businesses, giving them the chance to examine companies like Boeing, Uber, Airbnb and LinkedIn. For Vikram, it was “an affirmation for growing companies that scale is possible and does happen”. “It’s one thing to read about it,” he says, “but to actually talk to the people who deliver that kind of growth, made it feel real.”

One of the lessons Vikram learned from the experience was the importance of a healthy internal culture. He recalls seeing two contrasting companies, the first of which paid close attention to culture and prospered. The other, however, neglected culture and allowed questionable behaviours as long as growth was delivered. “Invariably, as time passed, the second company came up with significant issues that caused disruption,” Vikram recalls.

“This had an impact on its share price and growth trajectory while management was distracted trying to resolve those issues. It reinforced, in my mind, the value and importance of strong culture, something I have always considered important.”

With that lesson in mind, Vikram’s key ideals of leadership revolve around authenticity and empathy. As far as he’s concerned, such qualities are essential to success. “There must be a willingness to live the values that you wish your staff to espouse,” he says. “I think it’s absolutely critical that you live those values.” 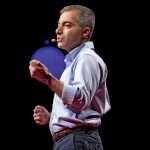