We need to keep an open mind to be able to reach further: Brian Liu 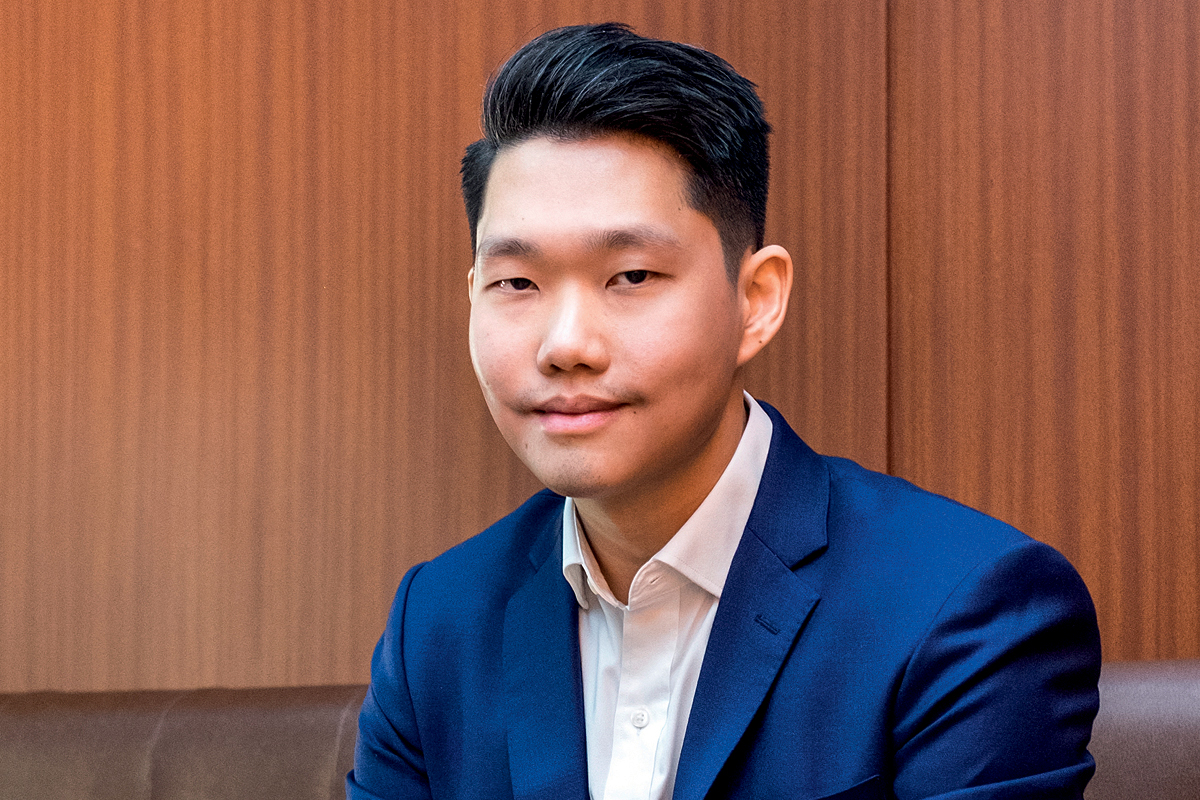 To prevent obsolescence in this constantly changing world, Brian Liu believes businesses must be innovative while maintaining a conservative stance. “A company cannot survive if it does not evolve,” he tells The CEO Magazine.

“Although, betting big on a trend that ends up being wrong can also be damaging and can eventually bring about the downfall of an entire organisation.”

Brian serves as the Executive Vice President of Cirtek Electronics Corporation, a semiconductor manufacturer based in the Philippines. He further describes his stance on business as what he calls “intelligent evolution”.

“It sums up being intricately analytical to the possible innovations the company may venture into, while still being open to the changes that come with growth,” he says.

Cirtek Electronics is a subsidiary of Cirtek Holdings, a manufacturer of parts for satellite communications, telecommunications, industrial and automotive equipment. The parent company was founded by Jerry Liu in 1984 and has continued to grow ever since.

When Brian joined the business, he initially opted to work on the production line. “I wanted to establish a strong technical base,” he says. “I knew that I needed to polish these technical skills as I moved towards business development roles.”

Brian eventually went through sales and marketing roles before EVP, and he says having an understanding of the technical side of the business was of great benefit.

“It has always been my interest to run the production line because this is what the business is all about,” he says. “If you are knowledgeable in semiconductor technology and manufacturing, it applies to the whole technology sector.”

Semiconductors are the keystone of most electronic devices. They are so named because they ‘semi-conduct’ electricity. Their electrons can be controlled, making them ideal for electrical circuits.

Following the trade tariffs between the US and China, Brian says a lot of business that used to be conducted in China has returned to the US. This, in turn, has seen more business opportunities open up to other South-East Asian countries including the Philippines.

“We’re experiencing a lot more demand from our US clients because these parts used to be produced in China,” he says. “Now with the more level playing field, we’re seeing more normalised pricing. It is a great situation that the semiconductor industry is enjoying.” 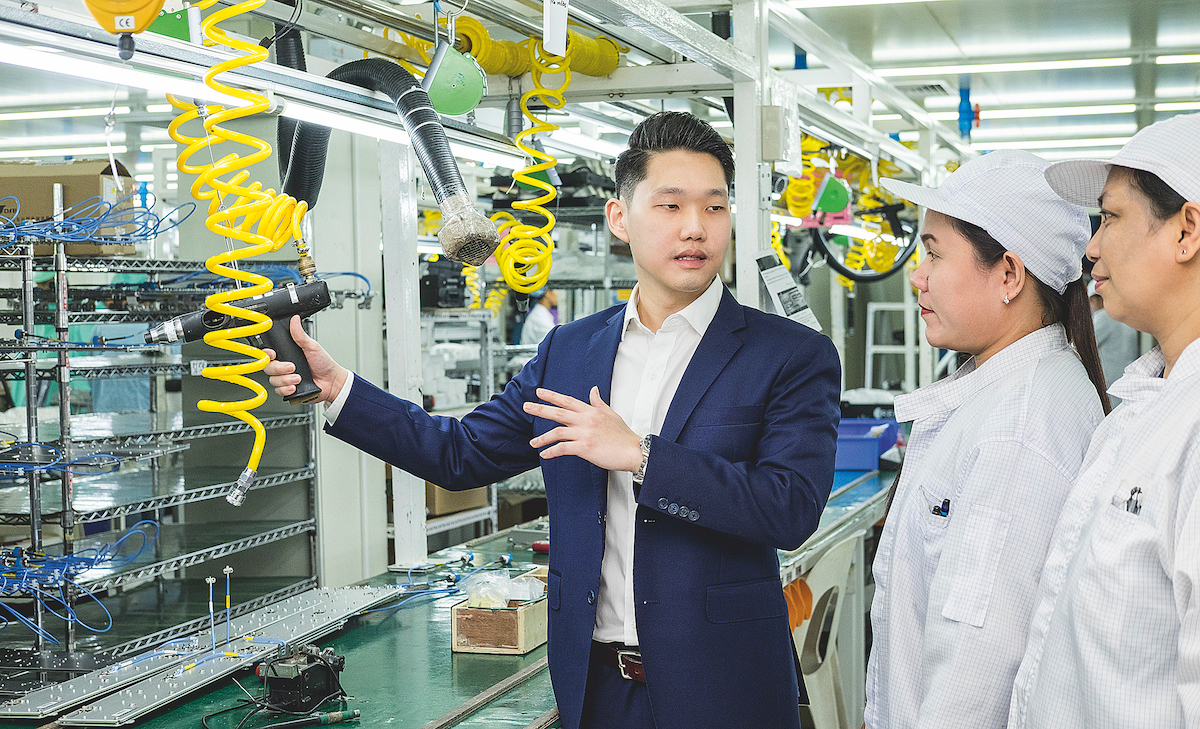 Brian is glad to have played a part in the evolution of not only Cirtek Electronics but of Cirtek Holdings as well. “The journey that I’ve been on encompasses a very wide scope, from technical operations – in terms of producing items and designing semiconductors – all the way up to being able to participate in the initial public offering and staying on board to gain the position that the group now enjoys.”

“This acquisition has allowed us to expand our process much further,” Brian says. “Originally, we would end our manufacturing process on the chip-scale level but with this acquisition, it has expanded our value chain.”

Brian says that Cirtek has moved from “being simply a chip company” to undertaking complete system assembly. “Full system assembly has been likened to a human body where you have various systems in place and they all have to work harmoniously together,” he adds.

“That has increased our move up the value chain. It has also given us the opportunity to break into more Tier-1 clientele and has opened more doors for us in the communications sector.”

A further step into the communications space took place in 2017, with the acquisition of US-based Quintel, a provider of cellular and antenna technologies. “We found it to be highly complementary to the base that we already had,” Brian says.

“It sits well with the evolution and value chain that we have been aiming for. And further bolsters our position and grasp of the communications segment of the technology industry.”

Brian Liu on his leadership style

“I find it important to maintain an open platform in the workplace for everyone to be able to exhibit their talents and contribute in whatever way they can. Having an environment such as this allows a level playing field for everyone in the team to be their best and translates to the company’s excellence and resiliency. After all, a company’s best asset is its people.”

The Quintel acquisition brought with it big-name clients including AT&T, Verizon and T-Mobile. Not to mention a stream of talented workers. “We cannot disregard the skill and the talent that comes with these companies; we’re very happy to have that,” Brian notes. “Along with that came capabilities in research and development, design of systems and deployment of infrastructure designs.”

A combination of conservativism and open-mindedness is what Brian attributes to the company’s success. “Our culture of accepting the need to evolve has brought us to a good place and has contributed to our sustainability,” he says.

“At the same time, maintaining our original disciplines has allowed us to survive through various business swings.” He sees his role as one that constantly steers the company towards the right direction.

“I’ve always believed that in order to make things happen, my span of vision needs to reach far and my grasp wide,” he says. “This way, the company does not confine itself to a spot or situation that may inhibit our forward momentum or exhaust resources to a non-viable cause. The world is a huge market and we need to keep an open mind to be able to reach further.”

“As long as there is technological evolution, there will be a need for semiconductor innovation.”

In the future, Brian sees Cirtek Electronics going even further with its technological prowess, manufacturing capabilities and client base. “It is important to continuously develop and supplement our technological know-how so we maintain our edge in the market,” he says. 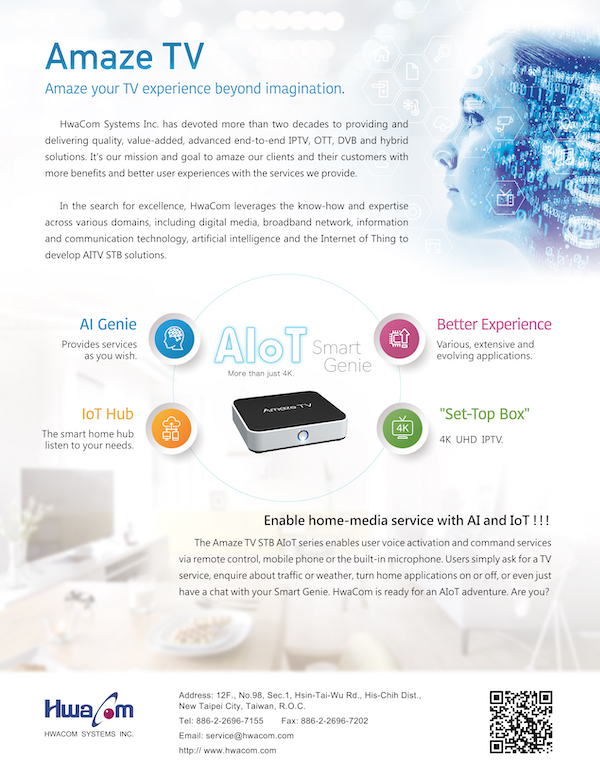 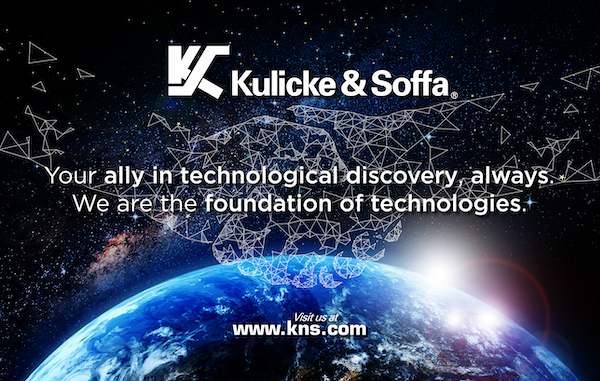