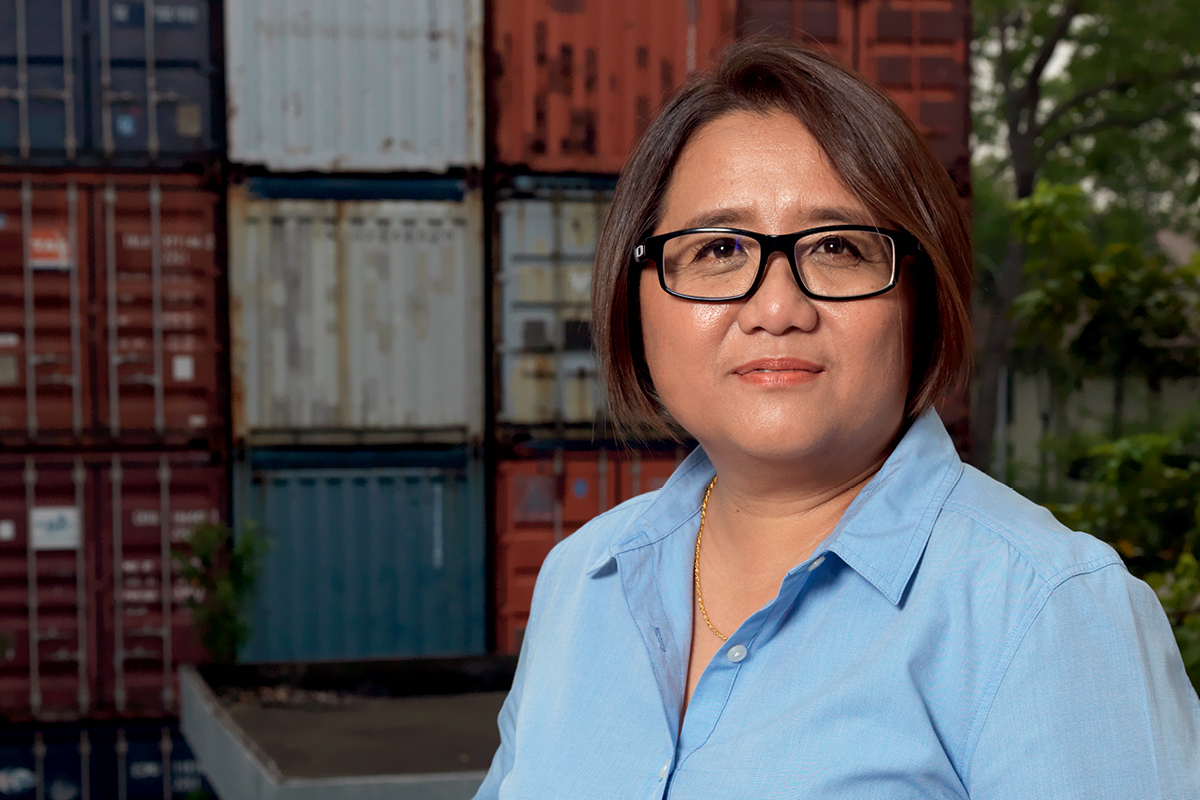 As international trade grows, the shipping industry grows alongside it and, as the World Shipping Council likes to boast, it’s considered a foundation stone of the global economy. For many countries, shipping is more than a means of trade – it’s a lifeline to the rest of the world.

This is where Nordic Flow Control steps in. The company, founded in Singapore in 1998, manufactures flow automation, monitoring and control systems for ships and offshore platforms for more than 100 offshore oil and gas clients. It also offers servicing and installation, and can now count its solutions on more than 1,000 projects for 100-plus customers around the world, and its systems are now used on 1,500 ships worldwide.

It exported its products first to China, scoring its first contract from China Shipbuilding Trading Co (International) to supply valve remote control systems to vessels in Wenchong Shipyard, and now has a subsidiary company based in Suzhou, China.

Dorcas Teo, CEO of Nordic Flow Control, has well over two decades of experience in the maritime, gas, petroleum, pipeline and shipping industries. In that time, she’s seen enormous change in those international arenas, and is steering Nordic Flow Systems to a role as a global leader in the management of shipping and engineering systems.

She joined Nordic in 2003 as Sales Director, and was appointed to the Group’s board in 2010; she was re-elected three years later. Nordic Group subsidiary, Nordic Flow Control, appointed Dorcas as CEO of the company in 2012.

It seems an esoteric area of expertise, but a vital one for shipping, as she explains. “You need to control the taps, and then the liquid will flow. What the company does is automate the system. Imagine that in a vessel there could be a hundred valves. You cannot afford to have people attending to the valves manually, one by one,” Dorcas says.

“So we automated the whole system. In control rooms, when they press a button, the valves will automatically open or close. “It’s much more efficient for the ship’s crew to operate the system that way.” 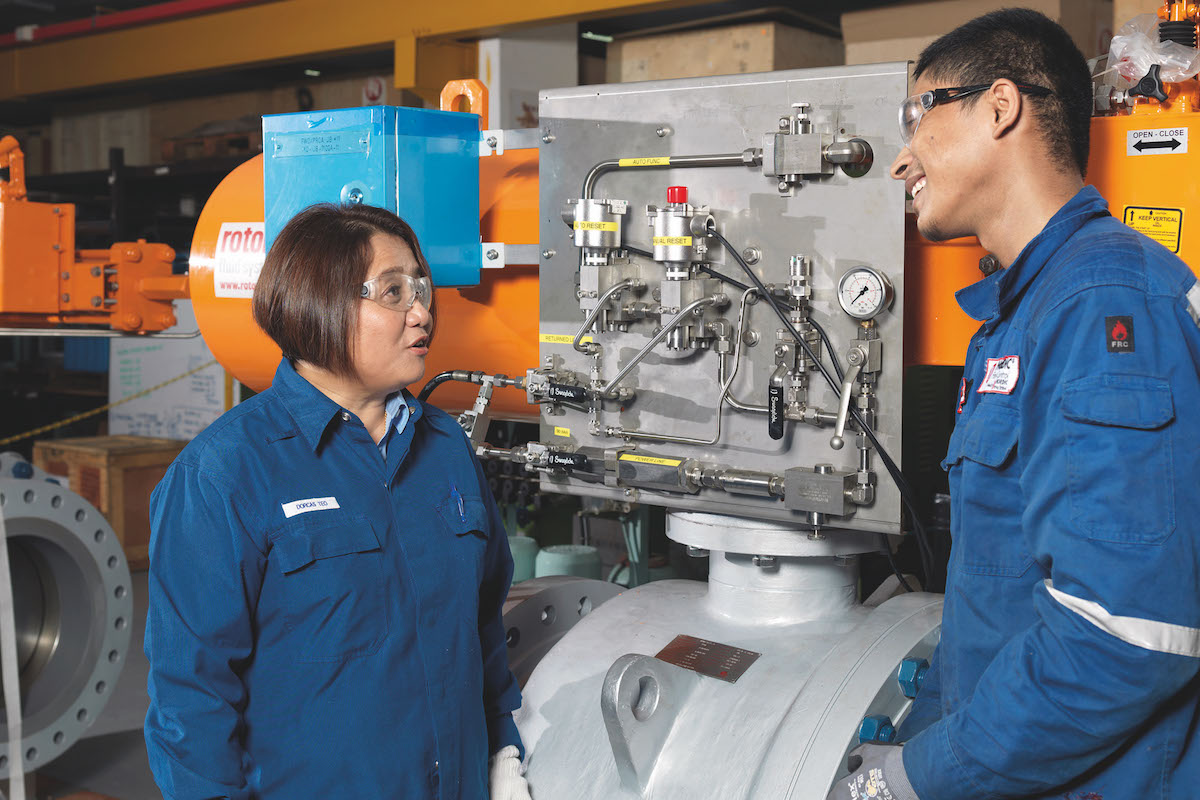 In December, Nordic Flow Control released its latest control system enhancement in Shanghai at the Marintec Exhibition. “We differentiate ourselves from our competitors by providing turnkey solutions with a focus on the total benefits of our solution. Our range of solutions is also cost competitive,” Dorcas says.

“We looked at how we could lower the cost of producing the actuators and their materials, and we developed a device called a Torque Booster. This Torque Booster increases torque by six times and converts a quarter turn to multiturn actuation. It means the actuators can be smaller, lighter and cheaper. We are now able to build a whole new market that was once dominated by hydraulic or electric motors.

“So, in other words, we may be driving an A-Class Merc, but the performance is the same as an S-Class Mercedes,” she says with a smile. Nordic is proactive in keeping its 70 staff on the leading edge of technology through training and education programs. Dorcas emphasises their personal development and working relationships with each other. It’s all part of Dorcas’s drive to involve employees in every facet of the company’s development and success.

“We encourage our employees to think outside of the box,” she points out. “We provide a lot of training, and currently we are sponsoring three staff to pursue a diploma course in our polytechnic. They are attached to me, and I have developed a customised training program for each of them with the objective of maintaining ‘new blood’ for each department. I wanted to look at what is required for the company’s future, and to have new talent coming in.

Ideas in a box

The concept of a shipping container has been around since about 1792, when boxes not unlike containers were used for transporting goods by both rail and horse in England. During World War II, the US government used small containers to transport supplies efficiently.
But it was Malcom P McLean, a trucking businessman in North Carolina, US, who really utilised the container concept when he bought a steamship company in 1955 to transport truck trailers already loaded with cargo. He realised that loading and unloading one container from ship to shore and back would be simpler and quicker than having to unload its contents.
Now 200-plus countries have ports with container shipping facilities, which accounts for about 60% of global shipping volumes.

“But for me, attitude is more important than employee knowledge,” she adds. “Their attitude, their willingness to learn and their ability to work in a team are what makes it possible to build a cooperative spirit and effective teamwork.”

Her entrepreneurial skills were recognised in 2006 when she was awarded the Spirit of Enterprise Award for inspiring Singaporeans to achieve greater entrepreneurial excellence. And there’s no doubt she has shown them the way in her work with Nordic Flow Control.

She is very proud of Nordic’s growth from a very small company with just five people and two desks into a globally competitive automation solutions provider listed on the Singapore Stock Exchange. “We just want to make our company, and our country, grow through making Singapore products,” she says proudly.