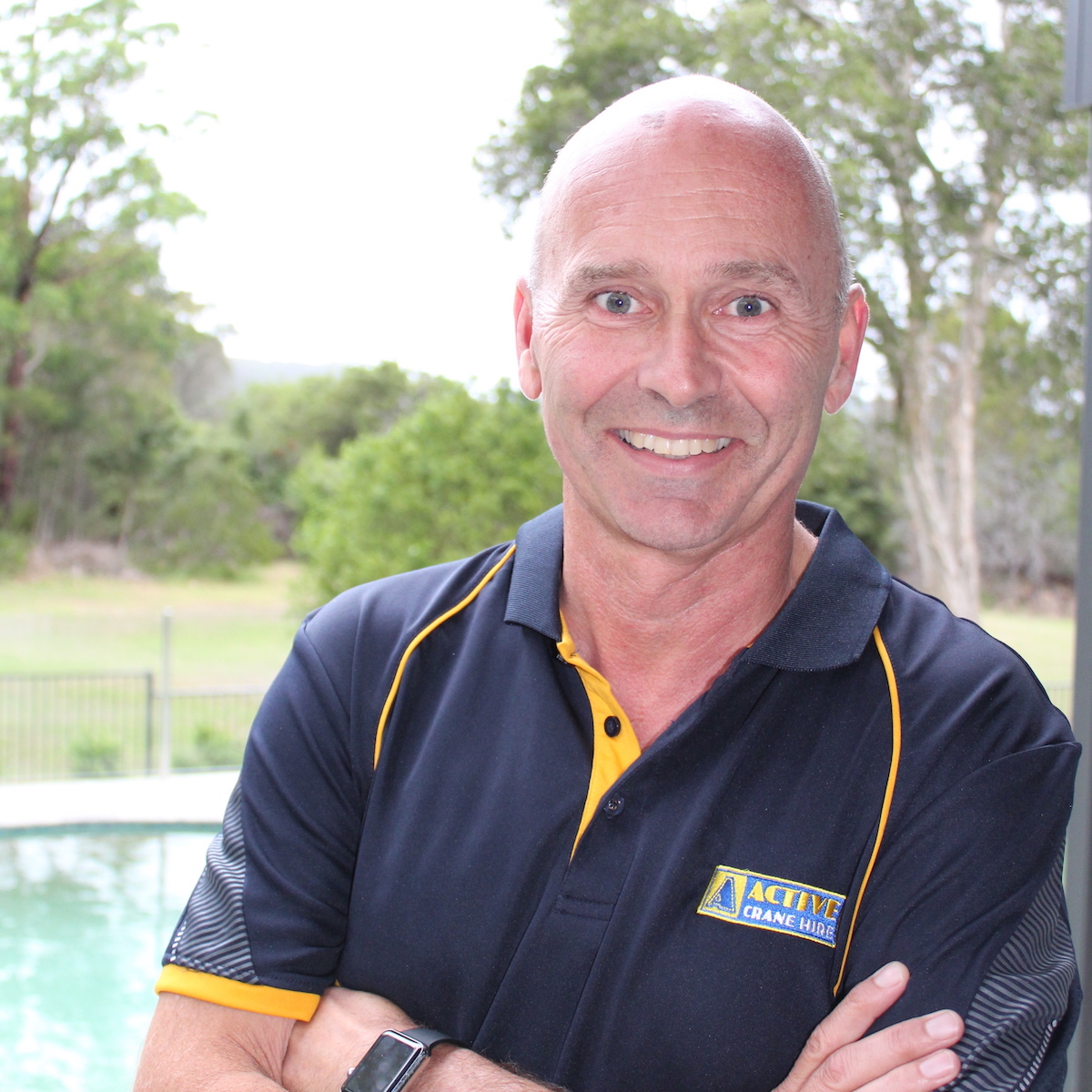 On hearing about Hermann Buchberger’s background as a tour guide, it’s only natural to wonder how he wound up running a crane hire company. But despite its implausibility, his tour guiding past is exactly what led Hermann to a career in construction equipment hire.

Hermann first came to Australia from Austria as a backpacker in 1988. He travelled around the country funding his trip by working as a tour guide for German-speaking holidaymakers. It was during his travels that he met Jenni, his future wife. It’s a familiar story. Boy comes to Australia. Boy meets girl. Boy and girl fall in love, get married in Austria, and return to Australia only to face unemployment due to the recession of the early 90s.

“At 26, I was a recent graduate from university with limited practical business experience, a 21-year-old spouse and no family backup in Australia. Times were not easy for us,” says Hermann. “I sent numerous job applications to a wide array of companies without even securing a first interview.”

So Hermann called on his tour guide contacts, and managed to secure a six-month-contract with a large German travel agency as a tour guide/manager for their fully guided group tours.

As it turned out, this was an excellent move. Travelling around the country with the tour groups put him in touch with German business people away from their day-to-day working life.

He set up the foreign-registered LIFTLUX AG in 1994. In 1997, it became LIFTLUX Australia. Hermann moved into the role of director and acquired a 50% shareholding. The core business was the importation of niche market construction equipment, mainly self-propelled scissor-lift platforms, targeted at Australian equipment-rental companies.

“Unfortunately, while being a large market segment in Europe and US, the equipment-rental market in Australia was relatively small,” says Hermann. “Early success stalled when the market capacity of our customer base started to show signs of saturation.”

In late 1999, German-based LIFTLUX was sold to POTAIN, a French crane-manufacturing business. “That triggered my involvement in the construction crane market. POTAIN offered a range of cranes that were almost unknown to the Australian market. I established Active Crane Hire (ACH) in 2001 and began searching for new products in the construction sector.” 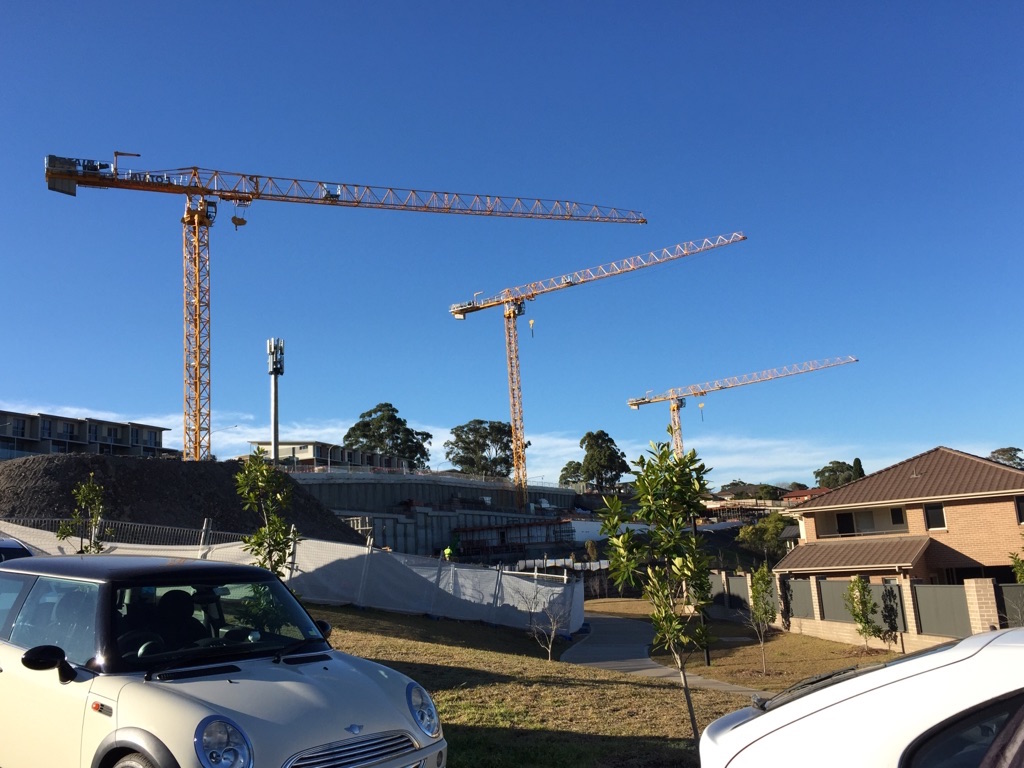 There were a few challenges to contend with at the beginning. Hermann needed capital to purchase cranes, develop the company’s infrastructure and for day-to-day operating expenses. He says it took around three years for the company to be cash-flow positive. “Those initial three years required a strong focus on financial management and a lean management structure,” say Hermann. “In addition to that, we began to sell cranes as well as hiring them out. Crane sales not only achieved the essential cash injection to build the surrounding infrastructure to support the rental cranes, but also gave us the necessary independence from the funding institutions.”

ACH also needed staff capable of servicing and maintaining the fleet. Hermann says that it was difficult to find the right staff at the beginning. “Considering the nature of our industry – being high risk and physically challenging – it requires energetic young personnel willing to work long hours,” explains Hermann. Initially the company relied on subcontractors, but over time Hermann has employed more and more multi-skilled personnel to maintain the product line in-house.

He says that choosing Somersby, on the Central Coast of NSW, as the company’s headquarters was advantageous as there is a strong pool of personnel in the area that fits the company’s criteria. “We deliberately chose personnel from related industries and not directly from the crane industry. That way it was easier to train personnel on our new innovative products.” 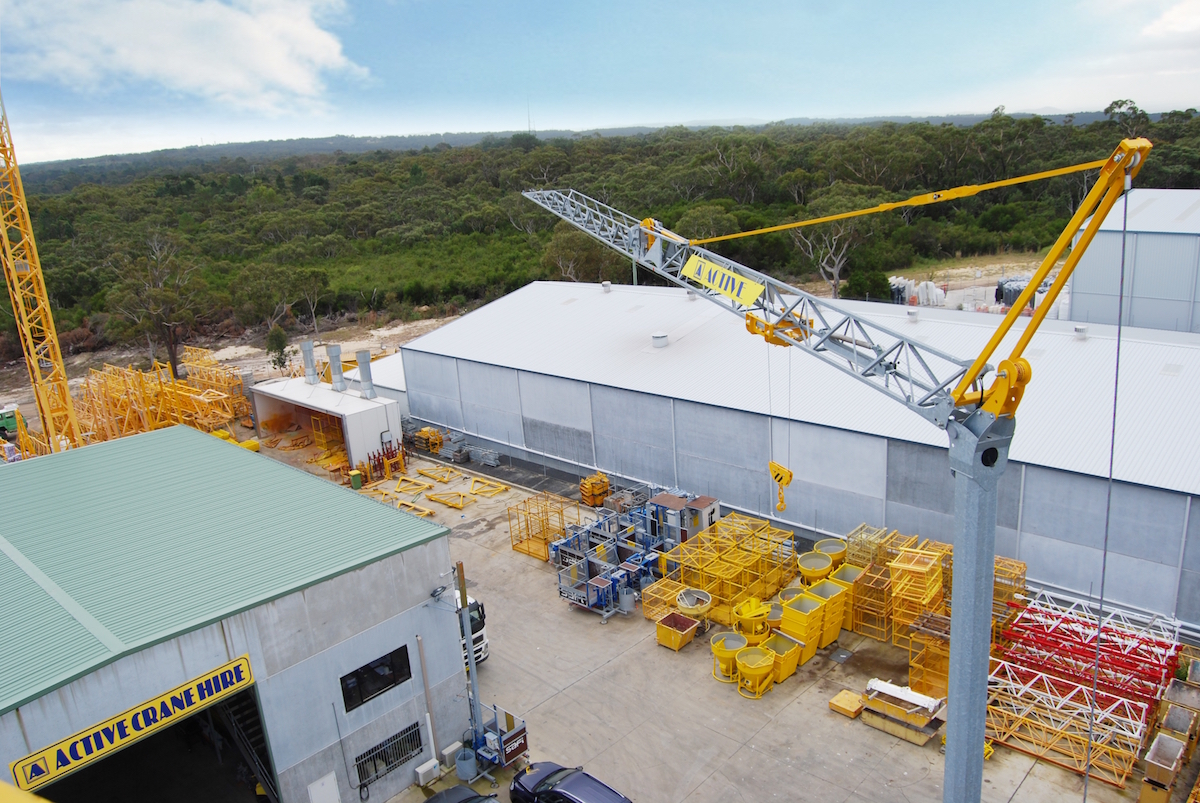 But the biggest hurdle to overcome was caused by exactly that – the innovative nature of the products. Because the remote control operated electric tower cranes Hermann was importing were new to the Australian market, the industry regulator had difficulties classifying the cranes and judging what operating qualification and licenses were applicable for the operators. “As these discussions required input from major stakeholders of the industry, including our competitors, quite some time was lost and some confusion existed in the marketplace,” says Hermann.

The height of success

Today, the cranes are no longer a new and innovative concept. Hermann estimates there are more than 300 electric tower cranes on the east coast alone. The cranes are smaller, meaning they perform well in urban areas where there is congestion. “Smaller types of construction cranes have become an accepted tool for material handling. Builders and developers now have a certain level of dependency on those types of cranes,” he says. “To a certain extent, local councils have also been favouring these cranes as they take off the roads the usual congestion caused by a mobile crane visit.” 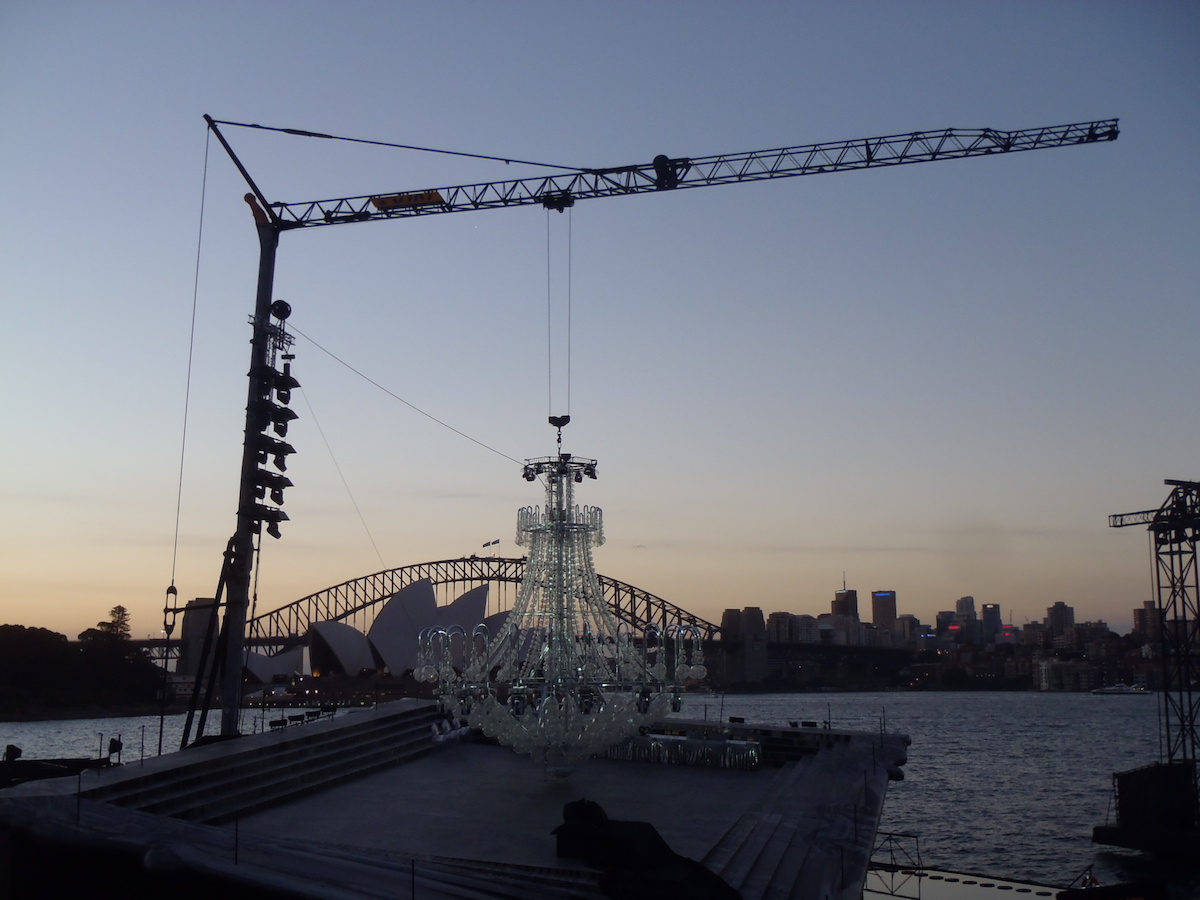 In 2001, ACH was a start-up with a fleet of 10 cranes. Now, it’s an industry leader that employs 25 young, energetic and highly experienced staff, and owns and operates 140 cranes – the largest fleet of construction cranes in Australia. Hermann has invested extensively in building ACH’s own infrastructure to support the cranes and associated services.

The company has also developed “an extended Active Crane Hire family” of key suppliers and industry partners. “Fostering that relationship is extremely important to our business,” says Hermann. “In times of high demand or unexpected disruptions we sometimes increase our supply workforce on short notice. A good relationship with key suppliers is therefore of utmost importance as they will prioritise their work schedules to help us. Some of our key suppliers have been with us since 2001.” 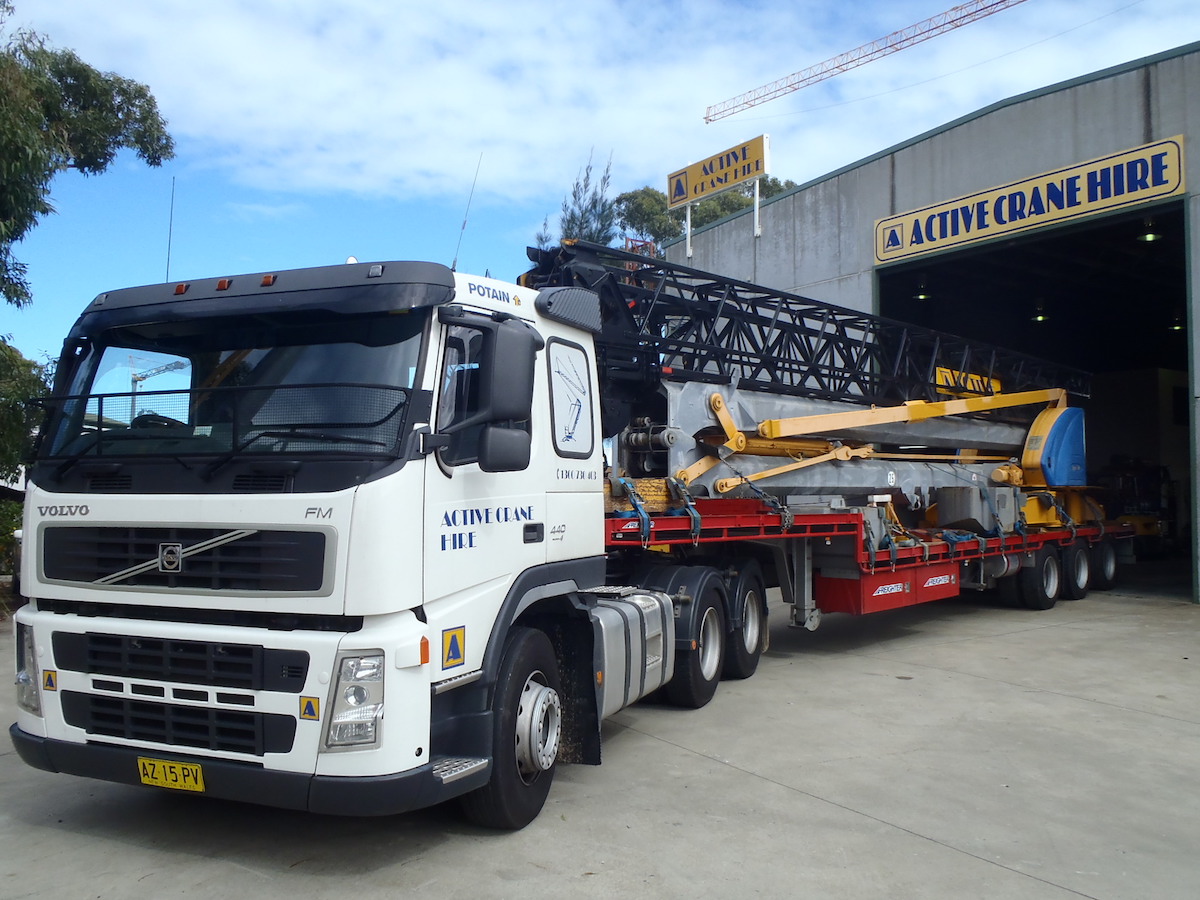 One of those key suppliers is Manitowoc, who owns the crane brand POTAIN. Hermann says ACH works closely with Manitowoc to stay up-to-date with new equipment. “Innovation remains a very important factor for the success of Active Crane Hire. Adopting innovative crane designs helps us to maintain the current market advantage,” he explains. “And by introducing these new cranes, we not only keep our crane fleet ‘young’ but also adopt the latest safety standards, which are part of the new crane products.” ACH also stays competitive by offering excellent customer service, in large part due to its multi-skilled, highly trained workforce.

Now that ACH is firmly established in NSW, Hermann would like to expand into other parts of Australia. “There is no reason why the business model would not work in other cities such as Brisbane, or other parts of Queensland. We already have a good relationship with a key crane supplier in Queensland who purchases and hires cranes from us and can provide the necessary backup service,” he says. 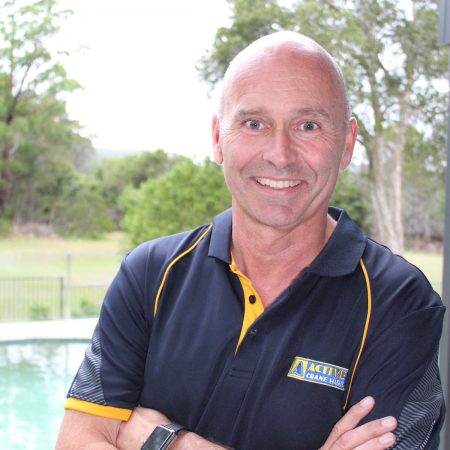