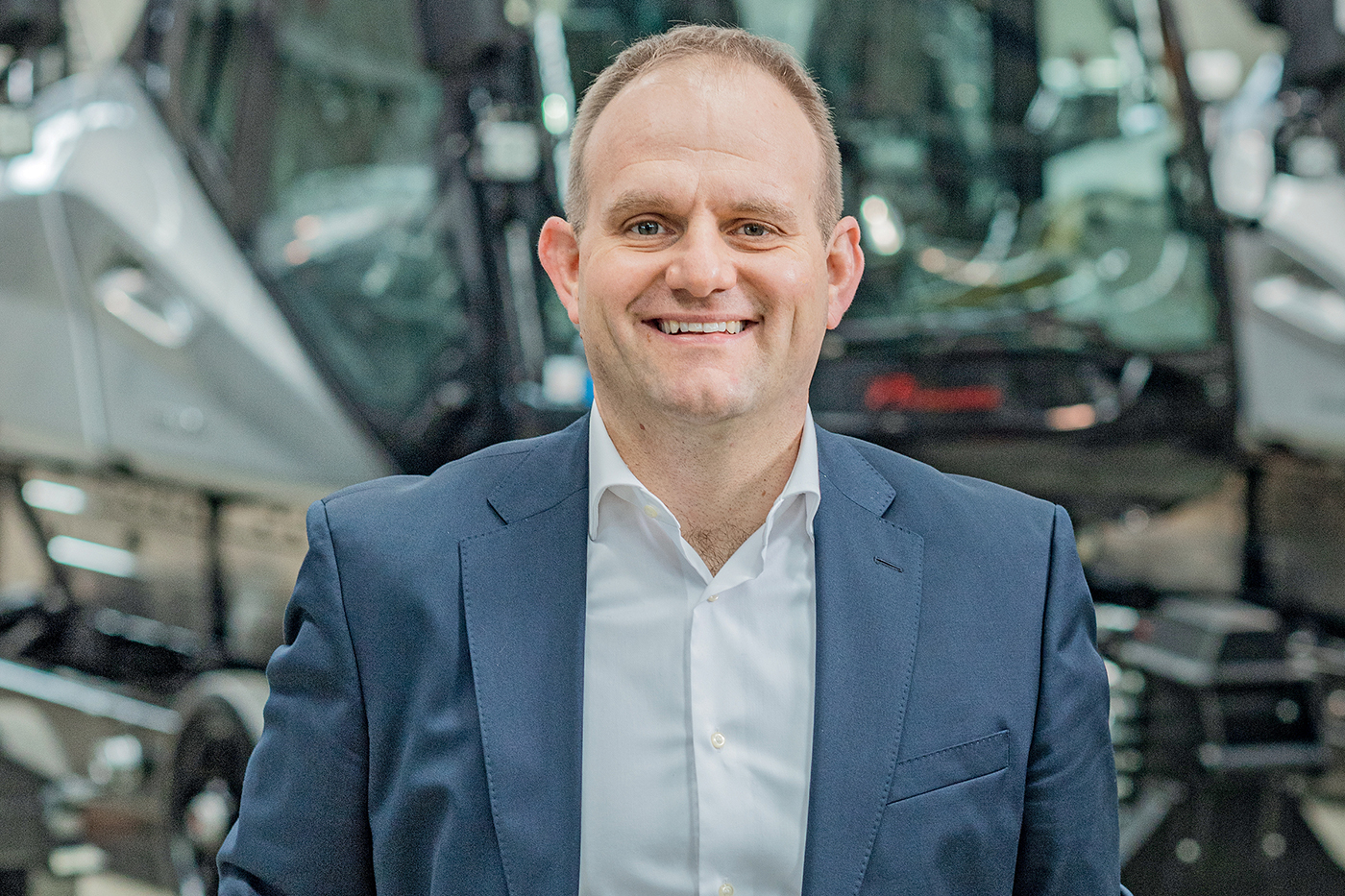 PRINOTH President Klaus Tonhäuser is an executive who has found his niche in extreme environments. Prior to joining the Italian maker of snow groomers, tracked utility vehicles and vegetation management, he was CEO at Rosenbauer Germany, one of the world’s leading firefighting vehicle manufacturers.

“Together, these are three of the most fascinating offroad machinery markets,” he enthuses. He may have moved on from fire security (via a two-year stopover as CEO of plastic pipes specialists Poloplast), but Klaus is still dealing with nature’s erratic elements, particularly in PRINOTH’s alpine division.

“Our snow grooming teams operate at night, in very severe and difficult conditions,” he explains. Low visibility, high altitude and unpredictable weather are just some of the obstacles the operators face. 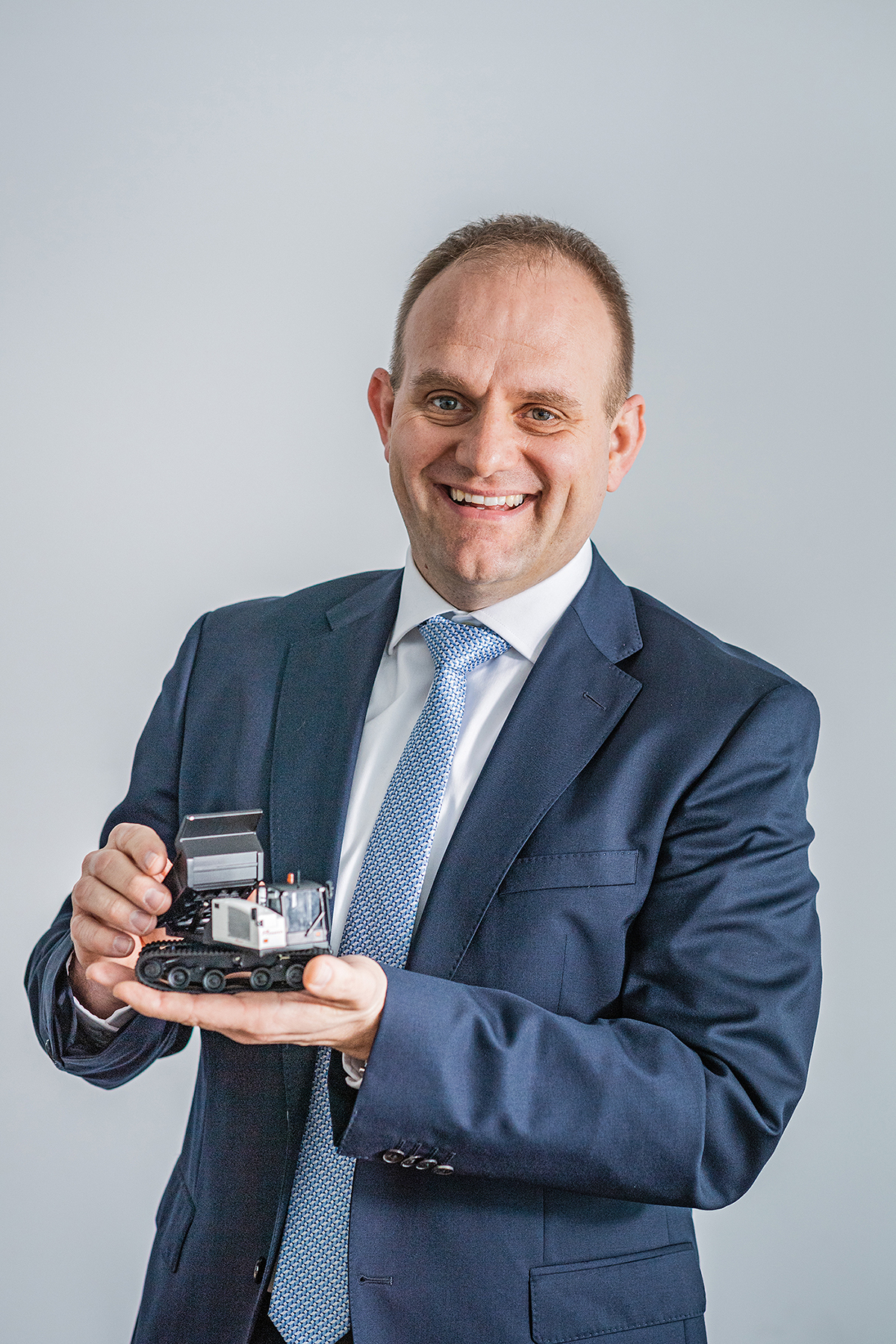 “Ours is a wild world,” he adds – but it’s one that the company is master of. As the partner of choice for ski resorts across the world, and for showcase events such as the 2021 FIS Alpine World Ski Championships in Cortina, Italy, PRINOTH has been a name synonymous with perfect pistes ever since its founder, racing car driver Ernst Prinoth, unveiled his first snow vehicles in the ski fields around his South Tyrolean home in the 1960s.

Four decades later, at the turn of the millennium, the company was acquired by ropeways manufacturer LEITNER, which would bring it into the High Technology Industries Group of businesses.

Acquisitions in the tracked utility vehicle and vegetation management markets would follow to offer it global positioning across three separate markets. Along with its headquarters in northern Italy, the company has production facilities in Canada and Germany, as well as a sales and distributor network across the globe.

What is the life expectancy of a PRINOTH snow grooming vehicle? Up to 20 years, according to Klaus. “The machine spends up to nine years at a big ski resort, after which it normally finds a second life at a smaller resort,” he points out. “We also sometimes see machines that are 30 years old, still going strong.”

Klaus admits that, while he had heard of PRINOTH, he didn’t know too much about it before accepting the role. But as he learned about the brand, its products and its people, he realised that together, the three elements formed a potent combination.

“There is a real passion and enthusiasm anchored among the people here,” he shares, adding that it was all the motivation he needed to say yes to the offer. “I saw a lot of potential to further develop the company.” 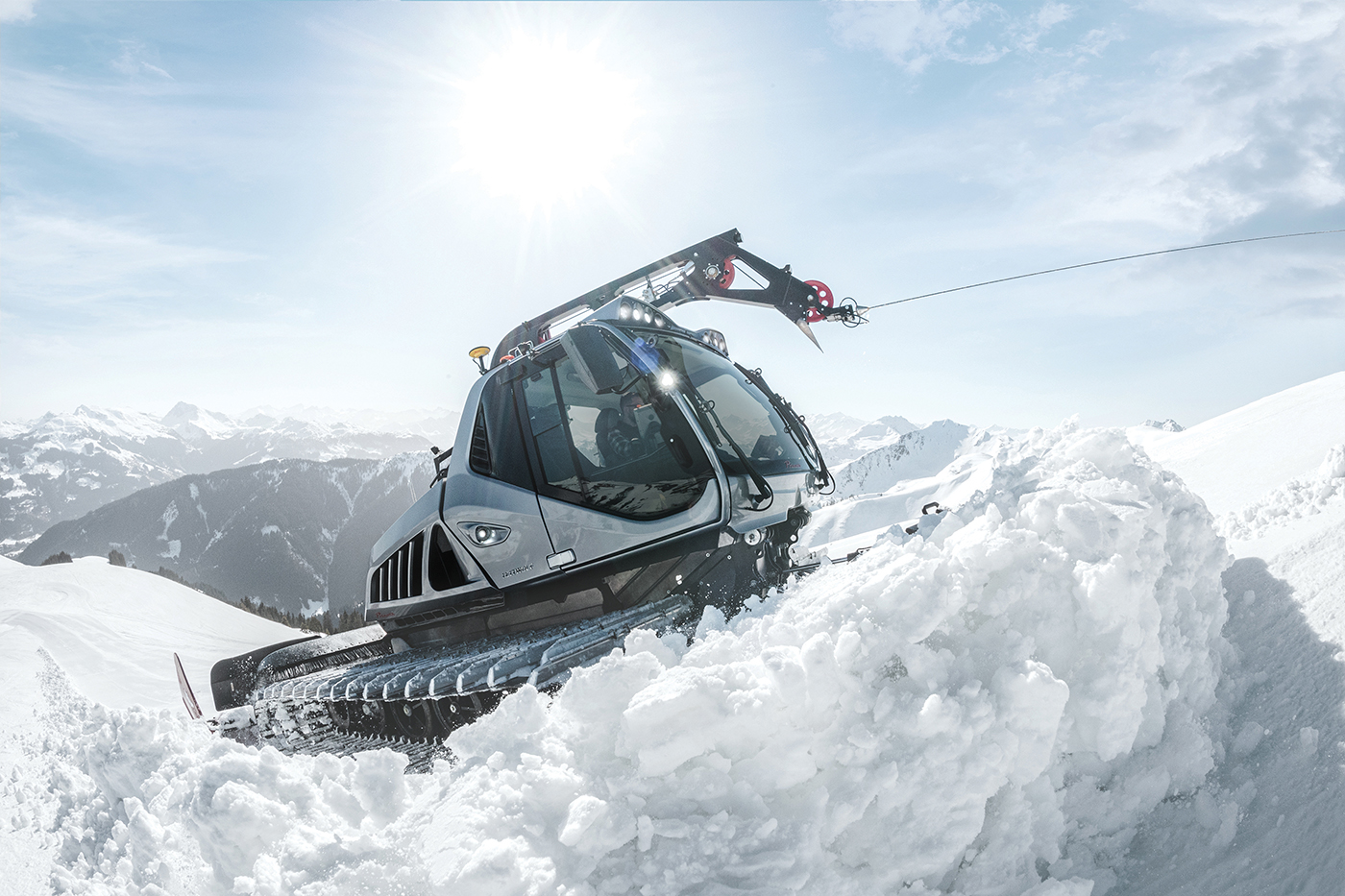 His appointment in January 2020 signalled the start of a six-month handover with predecessor Werner Amort who, after 16 years in the role, was taking up a place on its supervisory board. The succession road map that had been carefully laid out had to be hastily revised in the face of COVID-19, a shift through which Klaus remained unfazed.

“Flexibility is part of the game,” he says. He became President in June of the same year. As he moves forward with plans to make the organisation “ready for change”, he intends to follow a well-trodden path.

“For 2021–22, we have many innovations at hand and are well prepared for what is to come, following the same principles with which we started in the 1960s: technology, innovation, quality, reliability and customer focus,” he reveals. 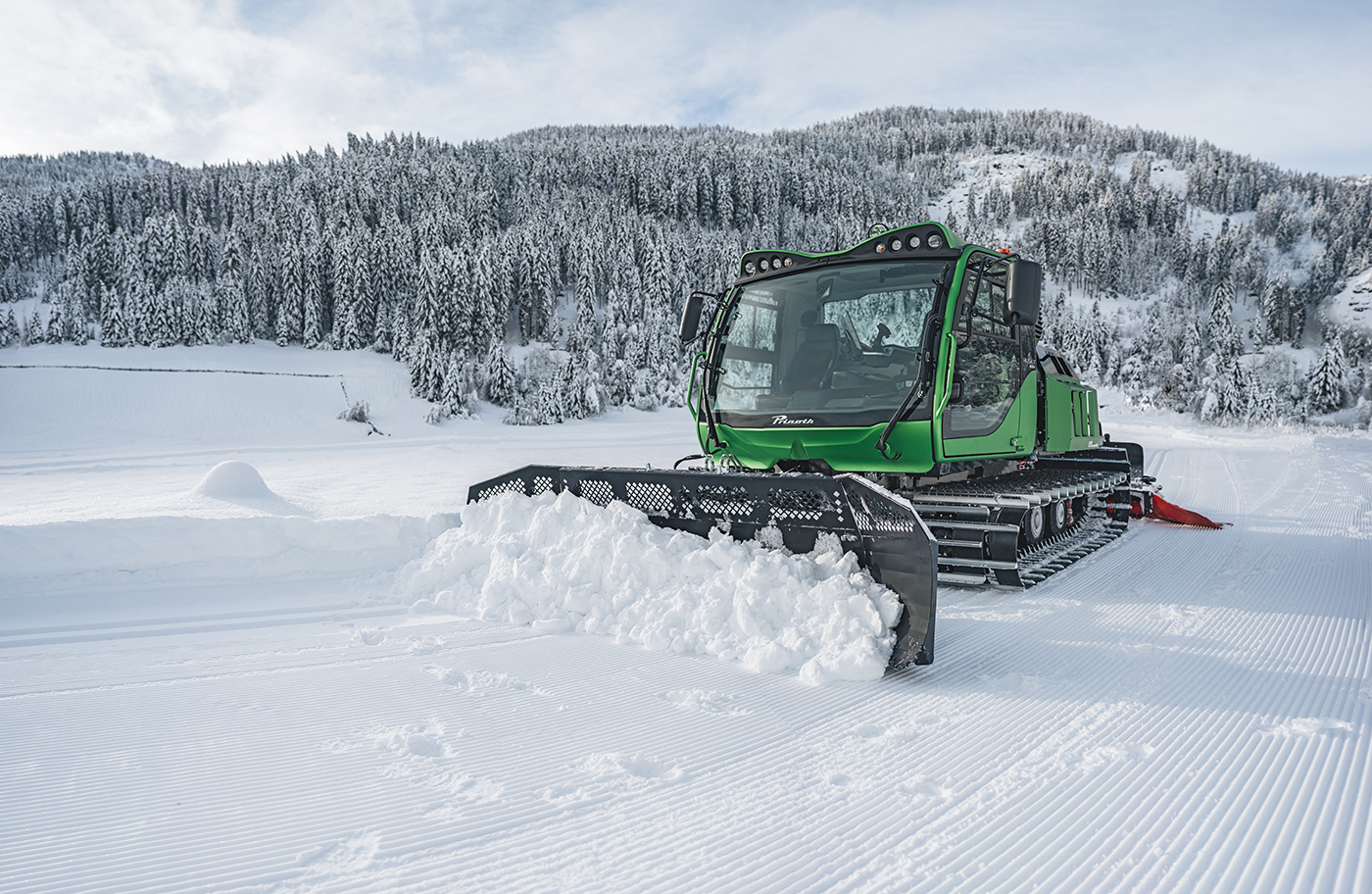 A core element of this strategy is sustainability. In December 2020, the company unveiled two prototypes in the snow grooming segment: the HUSKY eMOTION and the LEITWOLF h2MOTION.

“As part of our CLEAN MOTION concept, which means zero emissions, these vehicles will offer a hydrogen and an electric driven alternative in the near future,” Klaus explains. 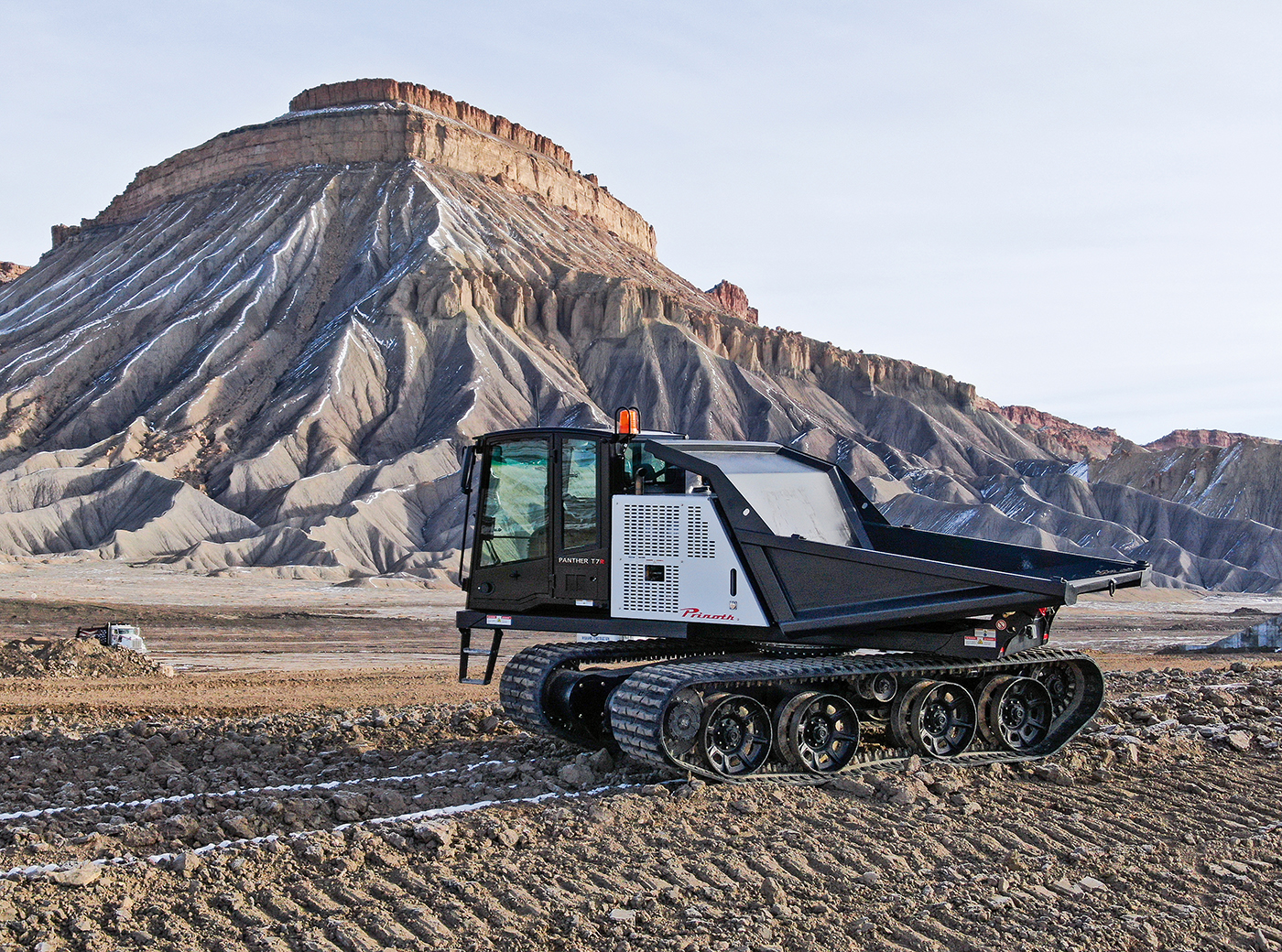 For the President, both machines are shining examples of the commitment PRINOTH – and the ski industry – has made to a carbon-neutral future. “The concept of ongoing development and a reduction in our carbon footprint is a combination sometimes considered impossible, but we are convinced it is one that works,” he insists.

With career experience across plenty of big business, Klaus means it when he says that it is PRINOTH’s superior customer orientation that makes all the difference in the challenging markets it calls home. “Our actions are 100% customer-focused,” he says. “There’s hardly anything that we cannot provide or solve for them.” 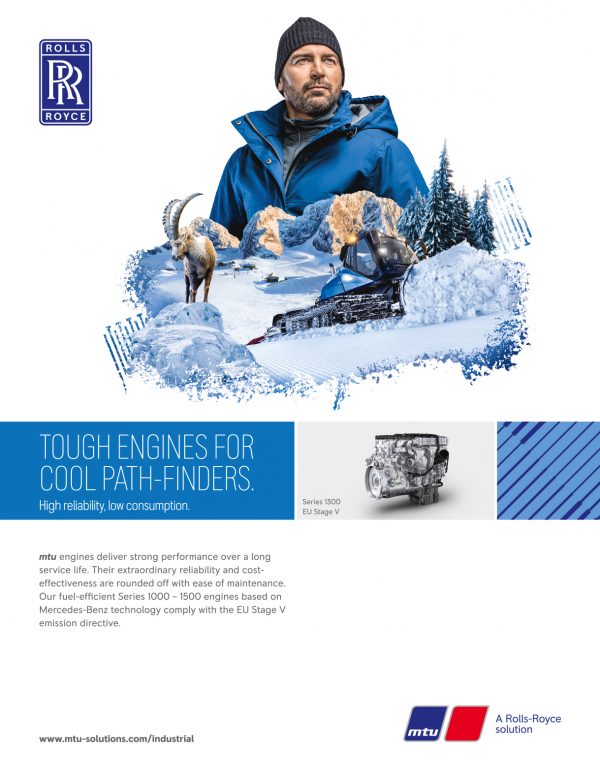