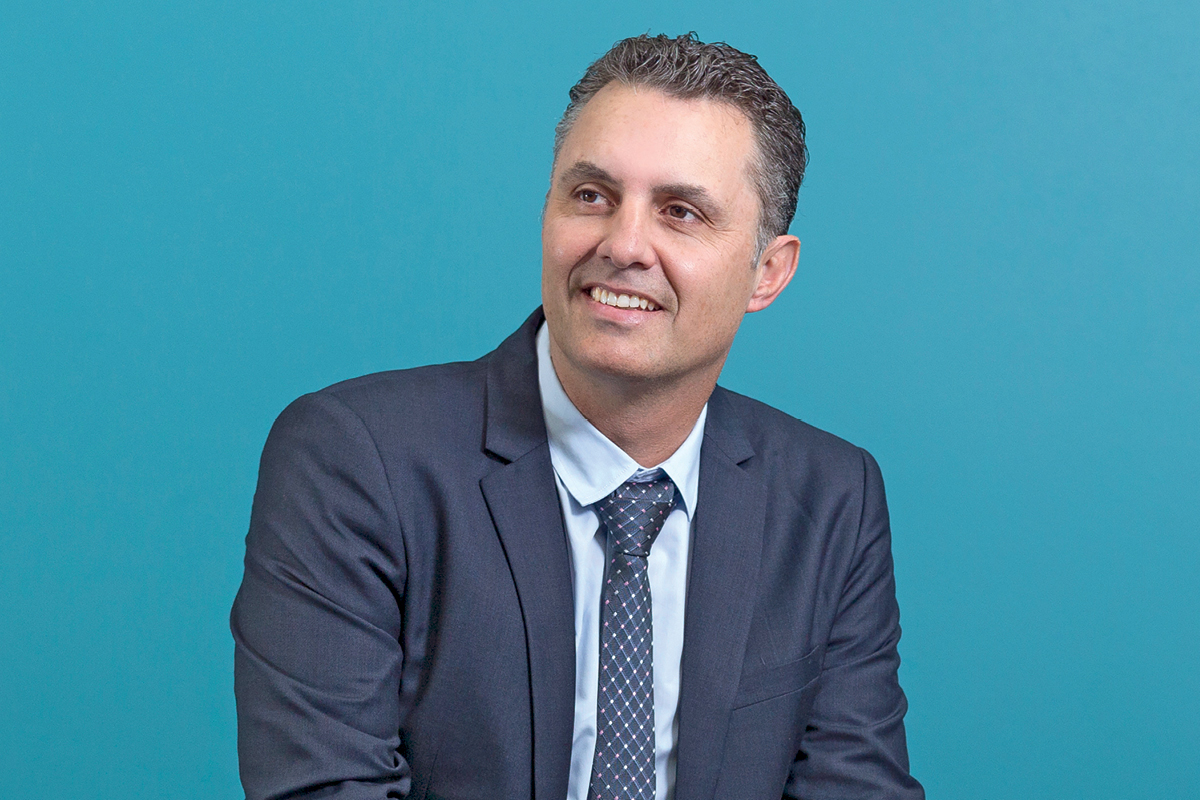 In December 2014, Paul Carmignani took over the managing directorship of Present Group, a provider of specialist testing, commissioning, engineering, maintenance services, and test and measurement equipment for the optimisation of client assets. The move proved a challenge to Paul as, having worked as a CFO previously, he had been focused primarily on the financial side of business.

The move, therefore, necessitated a shift in the way Paul thought about leadership. The first step was changing what he understood to be the core of business. “Being an accountant, I always thought cash was king,” he says. “But I soon realised that culture is king in business, and I think the most important thing is maintaining a strong culture.”

Paul did gradually acclimatise himself to the role, and has now spent three and a half years as Present Group’s Managing Director. But at the time, it would’ve undoubtedly been much harder except for the mentorship of Brian Grimmer, Paul’s predecessor. Brian helped prepare Paul for moving from a financial perspective to a company-wide perspective.

“A company needs to be financially fit to carry on with the business,” Paul says. “But to me, that sort of wider, entrepreneurial focus Brian has is something I have had to learn. It’s looking at risk in a different way; it’s about mastering risk rather than being a slave to risk. That’s the key idea I learned from Brian.”

“It’s mastering risk rather than being a slave to risk.”

It would’ve also been more difficult for Paul had the transfer to the position not been prepared ahead of time. Succession is an issue Present Group takes very seriously, so as soon as Paul was earmarked as Brian’s successor, preparation for the changeover began. “I sat with him on multiple issues and worked with him, and he got me involved in decision-making before the transition happened,” says Paul. “Then at the transition, he hung around for a period where he mentored me and helped me through a few areas that I hadn’t had any experience with. And as I got better at that, he stepped further away.”

Paul believes that for many organisations, succession represents an enormous challenge to their continued survival, particularly in the case of smaller firms that don’t have the large infrastructure and hardier constitution. However, he considers one of Present Group’s strengths to be the competent handling of the changeover.

“You rely too much on those original founders to carry the business through and they get to the point where they just can’t do it anymore,” says Paul, “and if you haven’t worked the succession through in a planned and controlled fashion then it gets a lot harder later on. I think we did that very well.” 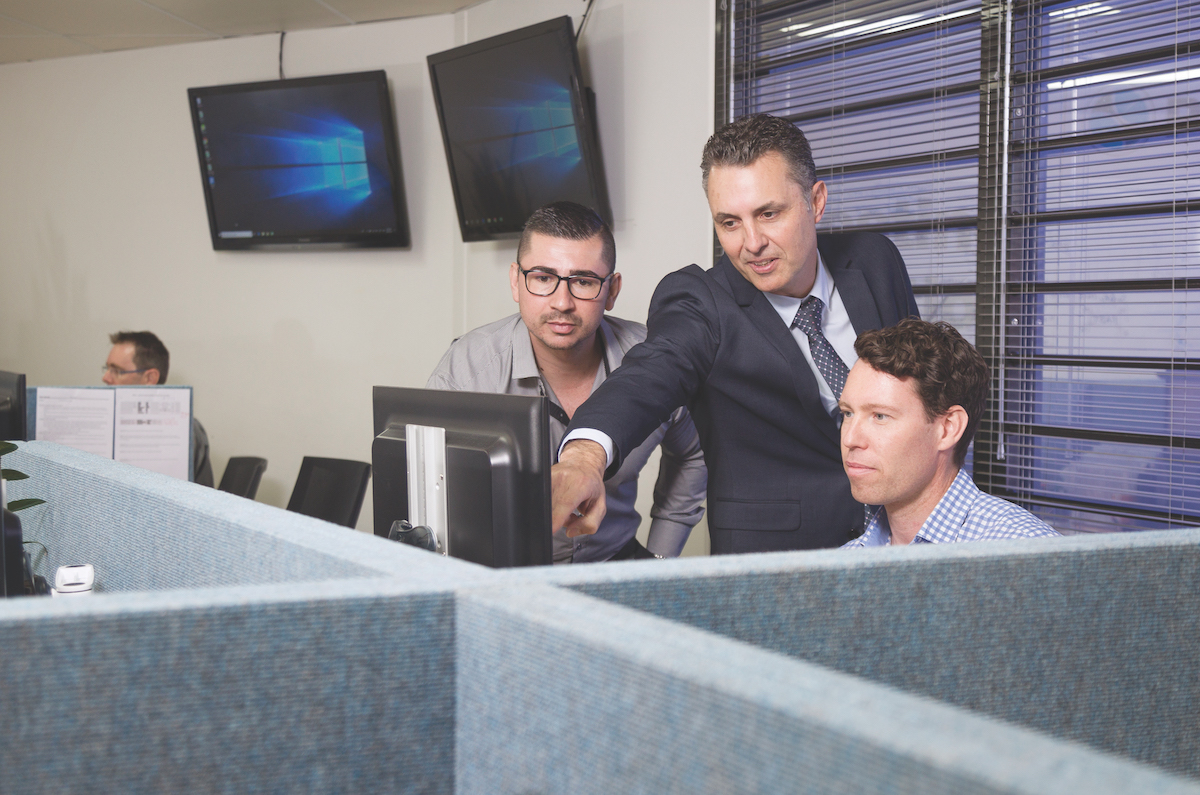 Indeed, Present Group’s strategy resulted in a very organic, cooperative changeover, with Brian gradually phasing out his involvement while Paul settled in. Since then, the team around him has been invaluable in making sure Paul is able to effectively make decisions as a leader. For example, when he’s stopped by a mental block (which “happens a lot, by the way”), his colleagues are always ready to lend their assistance.

“At the end of the day, I’ve got an accounting background, so I’m not an engineer,” says Paul. “I don’t know everything so I’ll always consult the team extensively regarding the approach I take and then make a decision based on that. Not always a decision that everyone likes, but one I think is the best way to go forward.”

This strategy is complemented by Paul’s somewhat humble understanding of his place in the company. Although he’s in an executive leadership position, Paul doesn’t believe it automatically makes him the most important person in Present Group. “It’s a cog in the wheel, not something that needs to be hierarchical or position-based, where things revolve around it or are dependent on it. It’s just another cog that makes the engine work.”

This attitude is inspired by Present Group’s governance method, a decentralised system that takes emphasis away from the concept of corporate hierarchy, and encourages greater autonomy for individuals and sub-groups of the company. The system provides improved transparency and efficiency, as well as encouraging workers to take more initiative and relieving pressure from leaders.

“It’s all about having people assigned to roles and being very clear on what those are, and empowering those roles to do whatever they need to do to make things great,” says Paul. “And then embedding and improving those roles so that the next person can take them over. That’s a more sustainable way of doing business.”

“It’s all about… empowering those roles to do whatever they need to do to make things great.”

It’s the perfect system for Present Group, and for Paul. He is, after all, adamant that the story of an organisation like Present Group is more about the team as a whole than about the executive. This is part of the reason that Paul came to believe in the importance of a healthy corporate culture. “A strong culture with honesty, openness, transparency, commitment – at the end of the day, if you nurture that within people then you can get through anything.”

This culture of respect and support has proved essential for Present Group in recent years; around the time Paul stepped into the lead role, the company faced some difficulties, which resulted in some significant changes.

“Being the one with whom the buck stops was a challenging start, and we were in an interesting market at the time. We were doing okay financially, but knew we were on a slope to a weakening market. So, the first two years of that journey were very challenging, where the company lost money. We had to restructure and refocus the business.”

Present Group came out the other side, tried and tested, but stronger for it. Nevertheless, the road ahead doesn’t look totally clear, and there will be a few challenges for the company yet. Present Group is, however, well-prepared.

“What we’ve done in the past few years is to realign ourselves to our core business,” says Paul. “We got a bit sidetracked in the past, trying to do too much with too little. Now we focus on what we’re good at, which is commissioning, engineering services, technical services and equipment provision, and really talking to our customers and understanding their issues, and then delivering on that.” 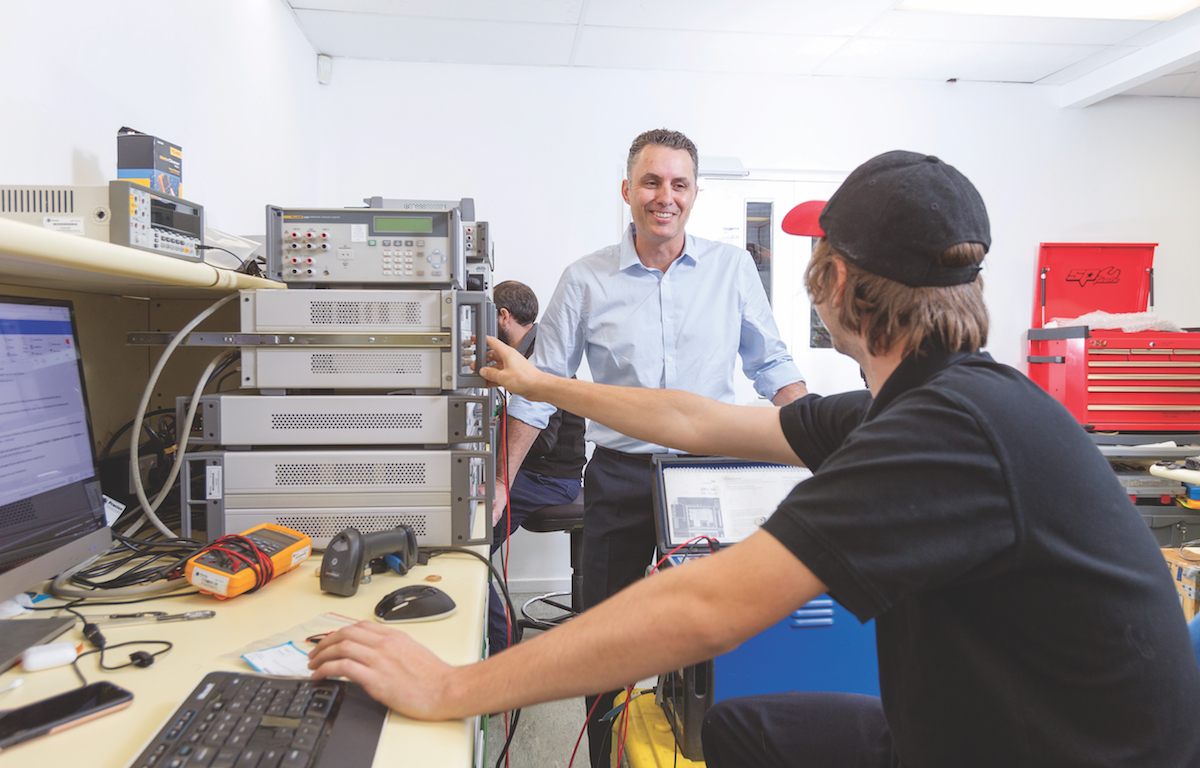 The company is also planning for technological development. For example, augmented reality and virtual reality technology is being considered as ways to provide “remote expertise”, a means of connecting customers with experts anywhere in the world, which combats the inefficiency of flying technicians to remote areas for small jobs. Present Group is also improving data collection, and constantly adding new equipment to its test equipment inventory.

Of course, when a company has all these plans for the future, the team must move together, or not at all. Fortunately, Present Group has a firm grasp on maintaining team unity. “We always just go back to our strategic intent,” says Paul, “and talk to the team on a regular basis to bring them back to that company focus.” 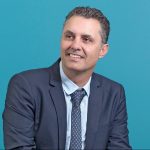