As the world’s global leader in the elevator and escalator industry, chances are you’ve seen KONE’s logo at your workplace or hotel.

With more than 4,800 employees, regional offices in four major cities, plus more than 50 branches across India and Nepal, the company is providing vertical and horizontal solutions to one of the fastest-growing nations in the world.

Amit Gossain joined KONE because it was a different industry from his previous work, yet had a similar customer base.

“Initially, there was a bit of reluctance to change from the industry I had been a part of for more than two decades, but there was excitement as well. The excitement was because KONE was a solid, well-known company with a nice European–Finnish touch. I thought I might as well give it a try and expand into the elevator business. Now it’s been three and a half years and I am thoroughly enjoying the environment and related challenges.”

“I thought I might as well give it a try and expand into the elevator business.”

He then worked for Case New Holland, which at the time was one of the largest tractor and construction equipment manufacturers in the world.

“I was head of commercial sales, marketing and strategy for the Asia–Pacific region, which included Australia, New Zealand and South-East Asia,” he explains.

“I was keen to return to India. JCB had just bought the joint venture from Escorts and was setting up and expanding into a world-class business in India. I initially joined them as Head of Marketing and then looked after the commercial business for JCB in India and South Asia. This is how I ended up in New Delhi, India, and was glad to witness the India growth story. JCB grew exponentially in these 10 years by introducing world-class products and services for Indian requirements. I was then offered this position with KONE and decided to take it.”

KONE came from humble beginnings as a machine repair shop in 1910 in Helsinki, Finland. Now more than one billion people use KONE elevators and escalators every day.

In India, the company continues to expand its reach. “We have a high market share in Mumbai and other cities in India,” Amit says.

“Apart from the many parts of India we operate in, we’ve also expanded into Sri Lanka and Bhutan, as well as adding a greater focus onto our existing sales network in Nepal and Bangladesh. We’re on a growth path.”

KONE India’s state-of-the-art operations include an elevator manufacturing facility in Chennai, while a distribution centre delivers materials across India and exports to neighbouring Nepal, Bangladesh, Sri Lanka and Bhutan.

The production unit also meets customers’ needs and requirements by making parts for projects within markets such as Australia, Singapore and other countries with a KONE presence.

Also in Chennai is the company’s India Technology & Engineering Centre, a research and development facility that provides engineering and technology services to KONE India and other units around the globe.

With its high-tech laboratories and facilities, many of the company’s innovations and end-user solutions start here.

The centre is one of eight R&D facilities that KONE operates globally and, by working closely with customers, suppliers, strategic partners and research institutes, it aims to provide optimum people-flow solutions. 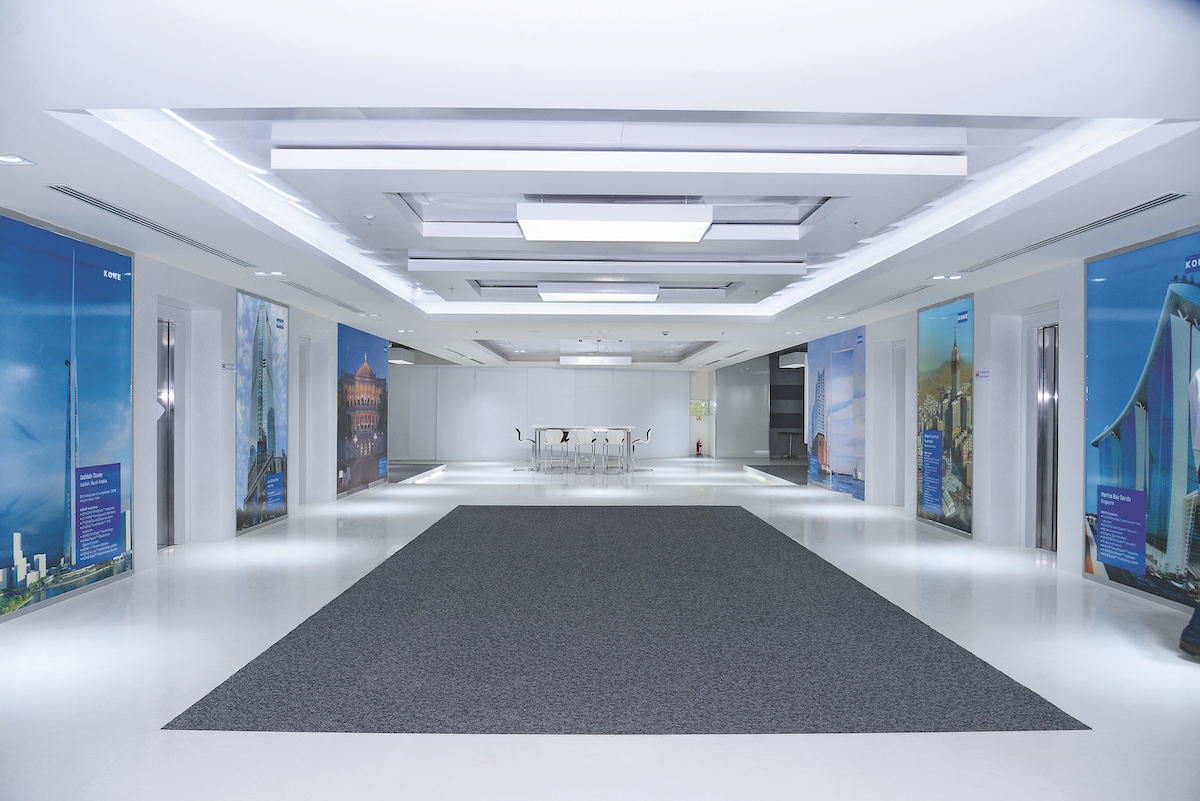 Those solutions can be experienced and understood better, in person, at one of KONE India’s five customer experience centres, which offer real-time touch-and-feel opportunities.

It’s facilities like this that help the company attract loyal customers and achieve high levels of satisfaction, which it prides itself upon.

Staff are equally well considered at KONE India. The company boasts well-equipped training centres in three cities where employees are able to upgrade their skills, thanks to intensive programs that allow them to meet the demands of the customer and market.

KONE India strongly focuses on safety to benefit both the staff and the customer. “India isn’t known for using the safest procedures,” Amit admits.

“But, as a company, it is crucial to us. Our safety norms may be more expensive than that of others but our customers like our approach. They might say that it is slightly slower but it is safe for them. In the construction world, this is imperative.”

“We have certain technologies such as scaffold-less installation techniques, to erect or execute an elevator. Other companies using scaffolds may be cheaper; however, once a firm starts using safer technology, the customer wants it, and others start following. Our industry in India has evolved to become Westernised in terms of safety. It has changed the way we make and install elevators.”

Another change Amit has seen is an increase in demand for world-class systems. For example, many customers are asking for phone-connected elevators, security simulators and high-tech systems. “Often, in a regular elevator, people will need to wait in a queue,” he explains. “It’s now becoming more common for one elevator in a building to go from zero to the sixth floor, for example, while another goes from the sixth floor to the 12th.”

“Often, users can scan a card or press a button, and it tells you which elevator to take, which one is faster. We’ve introduced these technologies and other companies are following. If we don’t update the technology, someone else will. We believe in leading the change.”

When it comes to planning for the future, KONE is dependent on the Indian real estate industry, which faced challenges when it was hit by the demonetisation of the INR500 and INR1,000 bills in November 2016.

As the country’s second-largest employer, the real estate industry’s success largely relies on government policy. However, India is a fast-growing economy.

“The coming years look optimistic,” Amit says. “A revival has started. This year, I can say, is the year of revival and growth.”

“This year, I can say, is the year of revival.”

The company has also appointed an Operational Excellence team and Director; a role that isn’t common in the industry in India. “He and his team have set up world-class processes,” Amit says.

“For example, they bring international processes into India. Innovation for the future is a top quality of ours. We execute projects and often finish before the due date. We have a system that allows a faster execution with better quality.”

KONE India values corporate social responsibility, and aims to help better the community and growth of its people.

One notable way is through its involvement with the Single Teacher Schools initiative, a movement to create supplementary schools that are run after-hours by a community figure, in order to decrease dropout rates and help educate the underprivileged, as well as create a sustainable environment with continuous learning.

“It’s a worthy cause for a country where only 53% of communities have a primary school, and only 20% have a secondary school.” 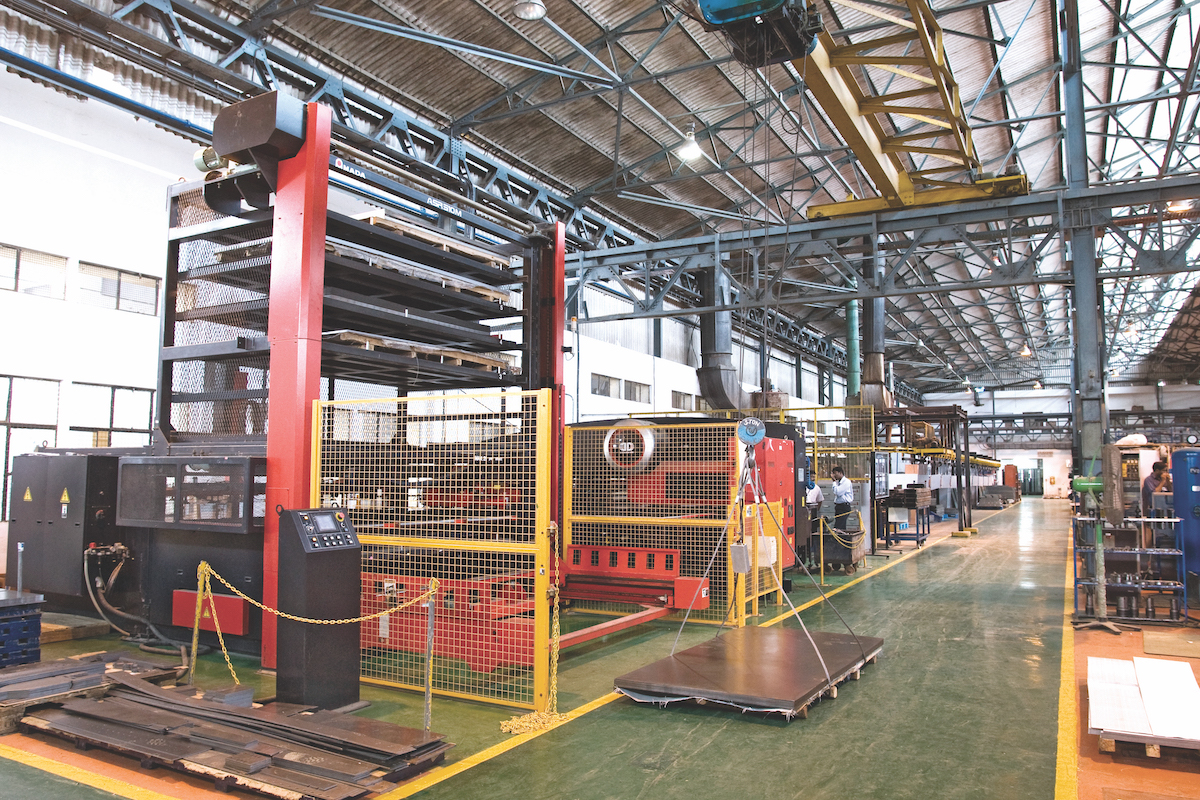 The company also engages in close relationships with its suppliers. “Like many other companies, we have supplier conferences where we are able to provide clear direction,” says Amit.

“We have a large supply management team, too, that checks suppliers’ processes in their factories, and that their systems are sometimes audited as well. There’s a whole process there; we become part and partner of our suppliers.”

Amit firmly believes in working closely – quite literally – with KONE’s suppliers. “The key to a successful supplier relationship is that they work with us in our offices, and we work with them in theirs,” he explains.

“It’s a system that works as a streamlined process. This is not an Indian thing; it’s a global thing. KONE does this in Finland and China as well.”

“If our suppliers and customers do well, so do we.”

“If our suppliers and customers do well, so do we,” he adds. “It’s as simple as that. In our industry, more than 70% of customers are repeat buyers. Unless you’ve done something wrong, they won’t want to go to another elevator and escalator supplier, even though they might be a little cheaper. When we work to ensure our customer is successful, they’ll come back to us.”