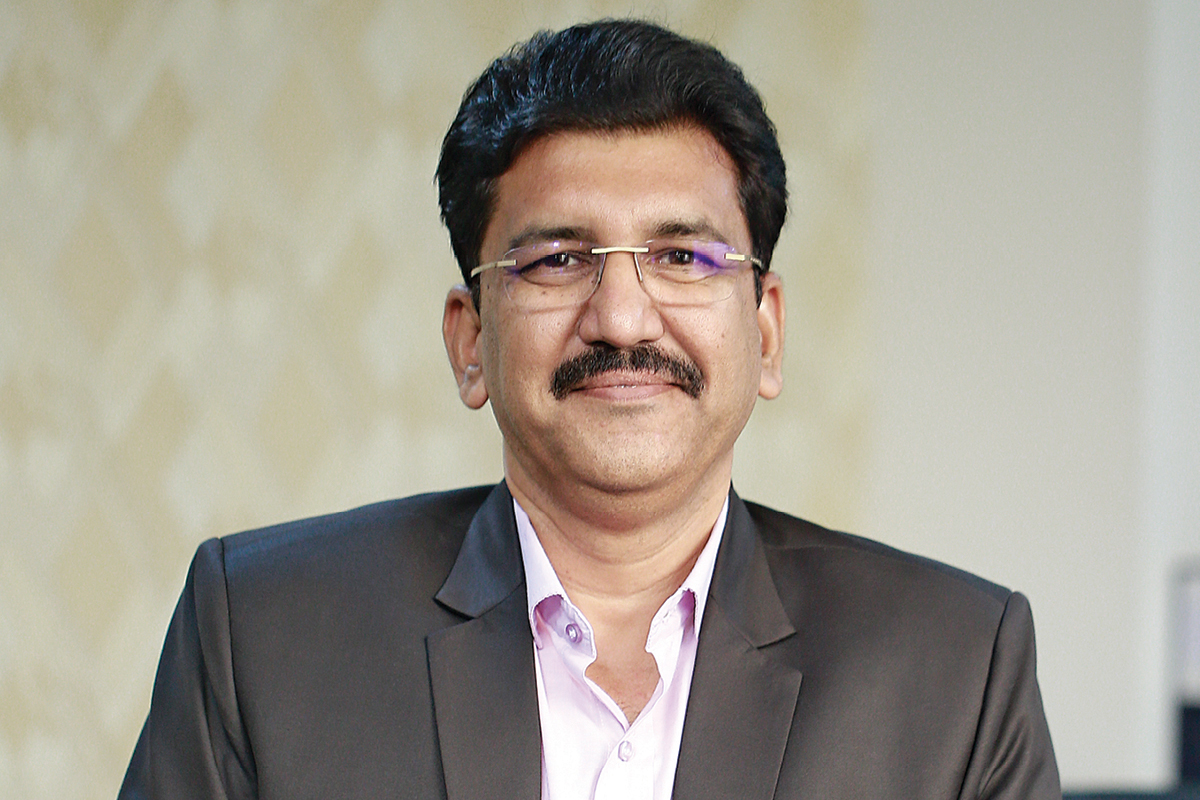 Vicat, a French business, was founded 165 years ago, but only entered India in 2008. CEO of Vicat India Anoop Kumar Saxena says when the company ventured into India it had little knowledge of the country’s environment. “They didn’t quite know how operations worked,” he explains. “Our primary focus was to build a greenfield plant as early as possible, then start operating it with a new brand name. It was very clear; we needed exposure in the Southern India market.”

After two years, the company acquired Bharathi Cement in India to build a strong footprint in the entirety of South India. “At the time, the company wasn’t managed in a professional way and it needed backup and the experience of a good cement company.” Anoop says. “Vicat brought that change. We introduced better systems and processes, and the company became profitable within 15 months of Vicat’s acquisition.”

Now, Vicat India has two companies: Bharathi Cement and Kalburgi Cement. The products from these two companies are sold in two brands, Bharathi and Vicat, for the southern markets and Maharashtra markets respectively.

As Managing Director for Kalburgi Cement in 2012, Anoop focused on growing plant operations and establishing a collective organisation for Vicat India, instead of functioning as two companies. “It was a challenge because we needed to synergise the two,” Anoop says.

“There was much debate about how to do it and what brand name we should have. Since we already had a plant in the south, Bharathi Cement, we eventually decided on the Bharathi brand for all the southern markets and for Kalburgi, we thought to start the Vicat brand only in Maharashtra.”

The company has geographically divided the two companies into distinct zones, so there is no crossover, based solely on the logistics. “If I found that a particular plant is closer to a particular market, it is connected to that plant,” Anoop says.

Since he became CEO of Vicat India in 2017, Anoop has led the company into significant growth and overseen numerous changes. To streamline the companies, Vicat introduced a Manufacturing Excellence program to optimise its systems and processes.

“With this new program, we not only saved money but were able to engage people across the value chain,” Anoop explains. “We also started doing external benchmarking to improve.”

Vicat extended this initiative to sales and logistics excellence, where it has worked on various initiatives, including virtual warehousing. It also introduced a terminal in Mumbai to leave a more significant logistics footprint. 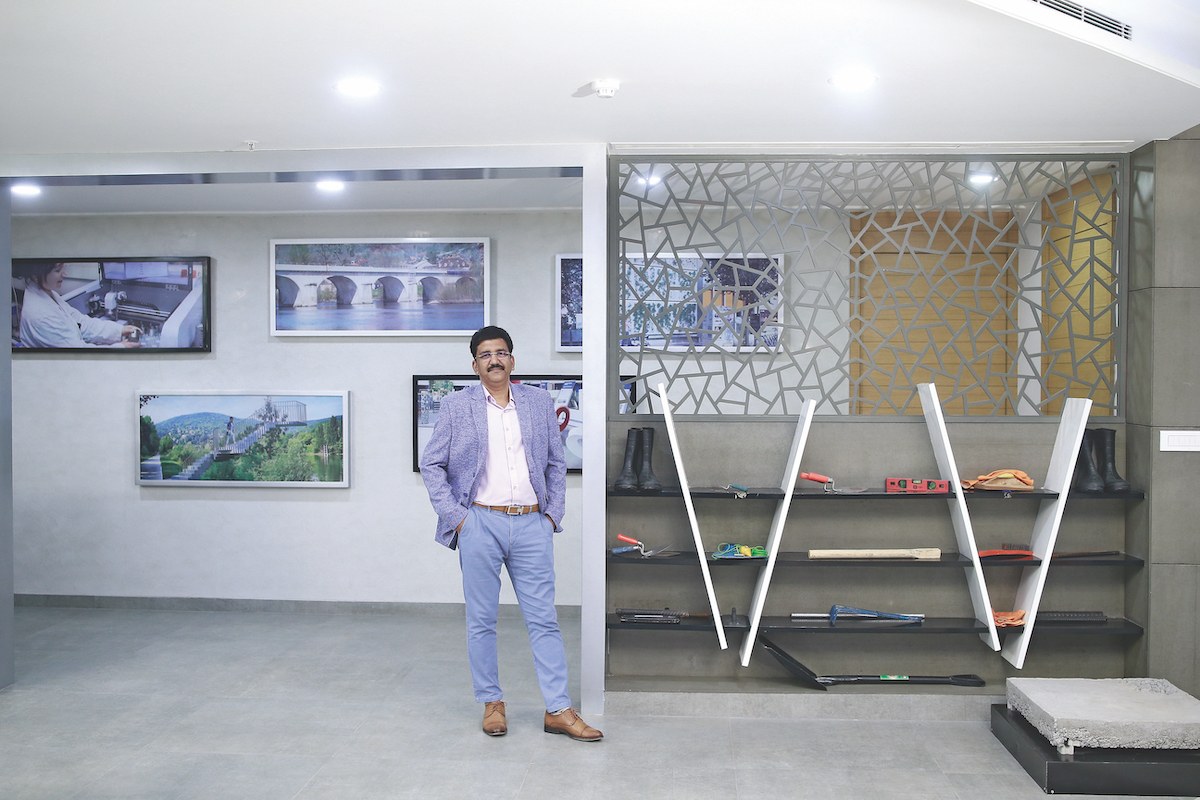 “We’ve saved handling costs by creating virtual warehouses, while the Mumbai terminal caters to the city’s demands and service requirements. We have maintained a good level of service and we are one of the top suppliers of cement for customers there.”

The company has also further optimised its sales and marketing departments. “It took much debate to determine our branding,” Anoop says. “Finally, we concentrated on the core branding activities. For example, we wanted to better relate to our customers, dealers and network. We started a help centre to support customers in their concrete mix design as well as structural design.”

Cement is usually transferred either in bags or in bulk, which is generally through specially constructed vehicles. Vicat India made the transition from bags to bulk in a big way, which minimises costs and speeds delivery of cement to the customer.

“In the European market, bulk is the preferred choice, because people are using ready-mix concrete,” Anoop says. “In India, many people still buy bagged cement, then they make the concrete themselves. Our company focuses more on bulk. The bulk ratio has improved each year drastically.”

India has been an essential operation for Vicat. Although it wants to grow, it refuses to have the mindset of ‘grow at any cost’. “We want to grow steadily,” Anoop says. “If you can see the track record of this company – which is more than 150 years old – the numbers indicate that we are slowly growing, with a very strong balance sheet.”

Anoop aims to continue increasing the company’s market footprint. The company is currently present in the five southern states and Maharashtra in the west, but it is looking to expand to different parts of the country and establish more investment plants. “We want to expand our market zone,” he says.

“We want to move east into Odisha, West Bengal and some parts of Chhattisgarh. To do that, we have to establish a grinding station, since we have surplus clinker at our Bharathi Cement Plant.”

The greatest challenge in the cement industry is price stability. The demand–supply gap is high in India, especially in the southern market. “If you compare all regions, this region has a particularly high demand–supply gap,” Anoop says.

“As a result, the cement industry is under tremendous pressure because we aren’t able to pass on cost increases to our customers, as energy prices have increased in the past two years.” 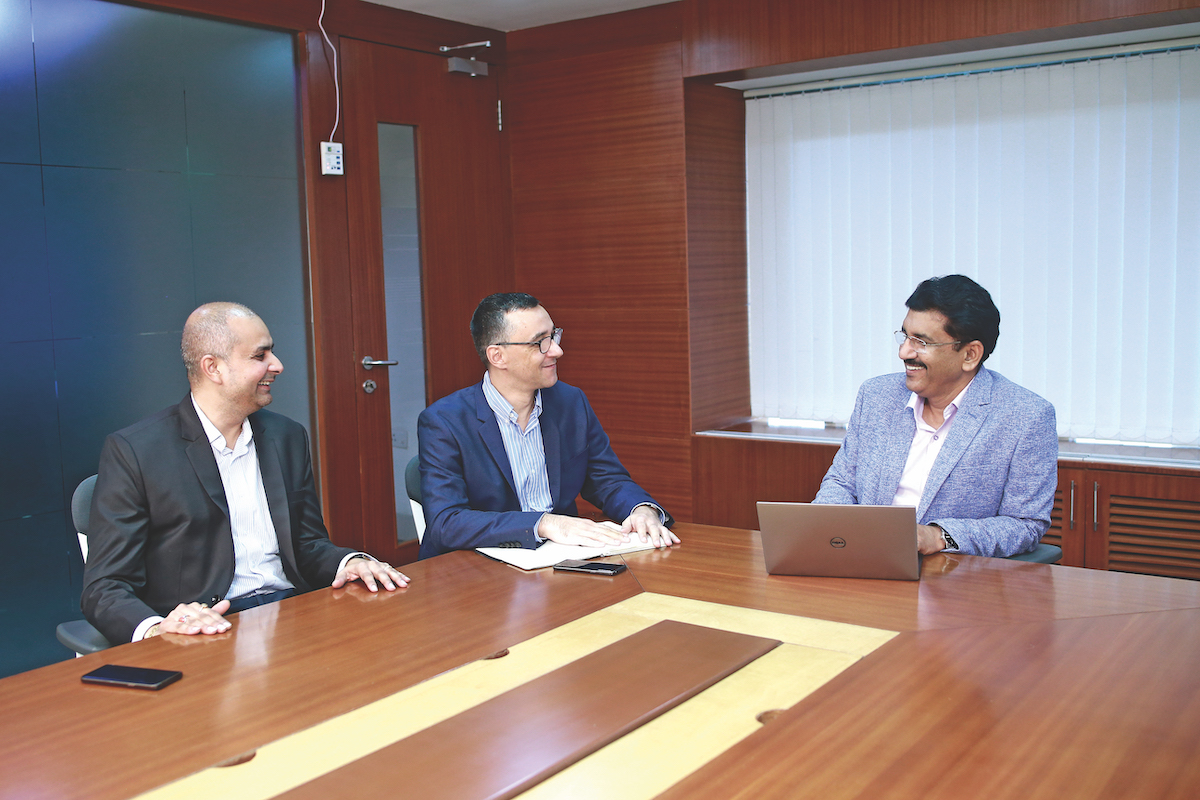 Despite a challenging market, the company took the opportunity to work in various areas to bring down the cost. “Today, because we have started benchmarking, we are one of the top three companies on the cost front,” Anoop says. “Prices are governed by the market, and companies need to focus on pricing.”

Vicat is currently focusing on developing three areas. The first is working on unconventional models of logistics. “Logistics is not just moving by rail or road,” Anoop explains. “Logistics means much more than that. The average distance travelled is between 350 and 400 kilometres for cement. It is essential to work on logistics and continue to improve by differentiating ourselves from the competition and developing a better model.”

The second focus area is the right people. “People are important,” Anoop says. “Finding good people and retaining them is a challenge. Since the industry is growing, people will find many opportunities. We are also working on various models and schemes, planned by HR, to retain the talent we have.”

“We have a proactive approach for understanding what is happening in the construction industry.”

The third focus for the company is its footprint. Today, the cement business model is a split model. “You should have the cement production, clinker production, grinding capacity, and the terminal in different places,” Anoop explains. “We have a bulk loading facility located elsewhere so that we can optimise the logistics and serve the market at a much better service level.”

The industry is changing quickly, and Anoop says the company must be on its toes. “We have a proactive approach for understanding what is happening in the construction industry,” he explains. “We need to know what is going to happen in six months so that we can plan our commercial strategy.”

Quality consistency is the company’s key driver. Its goal is to never compromise on quality. “Our strength is consistency in our product quality,” Anoop says. “To be frank, we don’t aspire to be all over India. Instead, we want to grow profitably. Other companies have tried to be the biggest across the whole country and have failed.”

“Our strength is consistency.”

Anoop believes that if a leader has hands-on experience of working on all the processes, he can command in a better way. “It gives me more of an edge. I have been in this industry for 33 years, with experience across all functions, which helps me a lot.”

The team at Vicat are always trying to learn from others. Anoop says if another company does something well, they don’t hesitate to try to implement it. “We have given ourselves the freedom to fail,” he says. “If we experiment, we do our best to limit the damage, but it’s okay to make some mistakes. I’ve failed myself, several times, but that is the way of life. At the end of the day, we are successful.”