Dr Christian Kober was not always in the industrial tools business. “When I was young and went to university, my dream was to receive the Nobel Prize in Chemistry,” he explains. “Industry and especially industrial tools were definitely not on my radar.

“After studying chemistry and obtaining a PhD, the normal path in Germany is to join the chemical industry,” he continues.

And so, after leaving LMU, one of Munich’s two prestigious universities, Christian’s first role was as a general management trainee in marketing, with Hoechst Japan. It was the first step in a career that would see him next ascend to a leadership role with Wacker Chemie and, later, BASF.

“At Wacker Chemie, I was tasked with setting up the technical support and technical centre for Asia for the polymers division. Having successfully done that, I was then given the commercial and technical responsibility for that division in Asia.”

It was Asia that would form the basis of his career from then onwards. “I was later offered a P&L role at Degussa Construction Chemicals (now Evonik). When Degussa was acquired by BASF, I briefly joined BASF,” he explains.

Next on the ladder of success was Geberit AG, a famous global brand in sanitary ware. “At Geberit, I was able to successfully leverage my knowledge of Asia,” Christian shares. “And also in construction in the field of sanitary ware, distribution management and projects.”

Becoming Senior Vice President Asia at Hoffmann Group was his next giant leap forward. He explains in depth his reasons for joining the company, and how it is taking advantage of the social and economic growth in Asia.

“Hoffmann is a very successful ‘hidden champion’ in the European metal working industry, as a supplier of small and consumable tools; especially cutting tools and hand tools. After three decades of rapid economic growth in Asia, salary levels have grown significantly,” he explains.

“Industrial producers need to start focusing on quality and efficiency. Large workforces are no longer sustainable. Hoffmann is a solutions provider for industrial companies, ensuring that they receive tools in the required quality and time, and without hassles.” 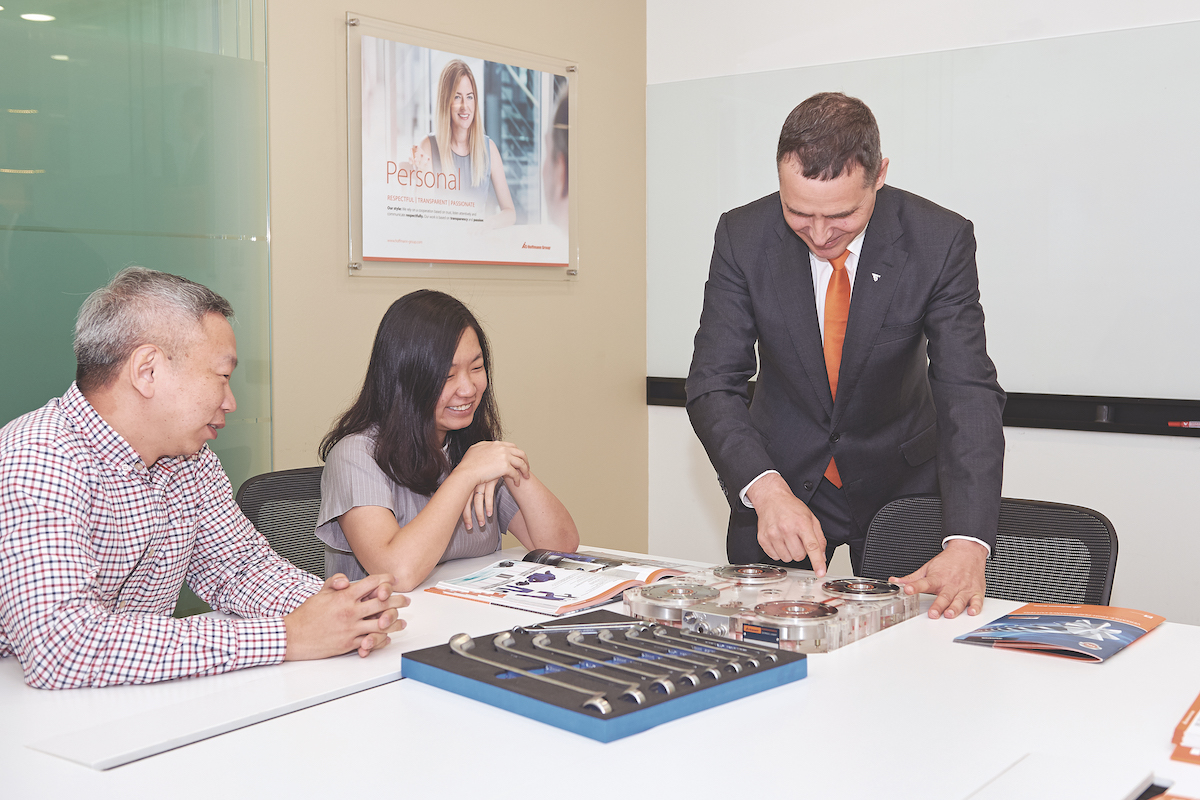 Christian is passionate about the outsourcing model that his company hopes to take advantage of – a logical extension of a process that has encompassed most company resources.

“Industrial companies have to focus on their core competencies, which are development and production – and should not be distracted from that by sourcing for C-parts such as screwdrivers and drills,” he says.

“In Asia, companies have increasingly outsourced this function. Some 30 years ago, many IT services were done in-house. Now even large Asian companies outsource this to specialists. Many companies in Asia have outsourced their canteen and vehicle management to third parties. A next logical step would be outsourcing the sourcing of small standard parts to external service providers like the Hoffmann Group.”

It’s a visionary step, but it seems quite logical when Christian explains it, and he is confident it will happen. “I believe this is the direction the industry in Asia will take. I have often been at the forefront of industrial changes in Asia, whether that is being instrumental in introducing modern thermal insulation systems to China or modern sanitary technology in Asia. Very different industries, but with similar successes.”

It’s what drives him. “This always has been an exciting journey and will surely be so for Hoffmann and me.” Asia is clearly where Christian’s heart lies and where his ambitions are currently focused. His goal when taking on the Senior Vice President role was to make Asia a centre of excellence within Hoffman.

“This always has been an exciting journey and will surely be so for Hoffmann and me.”

“Asia has its unique requirements, therefore, it is a ‘must’ to develop local solutions for Asia. With the increasingly professional nature of production management in Asia, it is also an absolute necessity for Hoffmann to offer the same service level in Asia as in Europe,” he explains.

“The biggest challenge we faced was that we were still very Europe-centric, with limited decision-making power in Asia. Now, though, we have a large product management team in Asia and have increased our local sourcing. We will soon be able to offer completely localised portfolios in addition to our global portfolio.”

Beyond the localisation of decision-making and production, the next stage in the evolution – not just for Hoffman, but the whole industry – is to increase the level of professionalism and efficiency.

This is an issue given even more urgency, Christian believes, by the ongoing trade war between China and the US. He is confident his company can lead the way. “Improved efficiency is something that Hoffmann can deliver.”

As companies continue to focus on their core competencies, Christian sees a huge role for companies like Hoffman to provide manufacturers with expertise around the smaller details and products.

“We are living in a world of specialists. Some 50 years ago, most car manufacturers produced their own brakes, some even made their own car windows. Nowadays, these tasks have been outsourced to suppliers. And Hoffmann represents the next step in this development.

“At Hoffman we are personal, we are pioneering – with cutting edge solutions ¬– and we are precise, with the highest levels of quality.”

“Certainly, the management of non-essential supplies should not be managed by a production company itself. But every outsourcing process represents a loss of expertise. And, this is where Hoffman comes in. We provide not only the products and logistics, but also the expertise.”

This, he believes, is what sets Hoffman apart. “Few other companies have the expertise in these kinds of low-value items. At Hoffman, we are personal, we are pioneering – with cutting-edge solutions – and we are precise, with the highest levels of quality.” 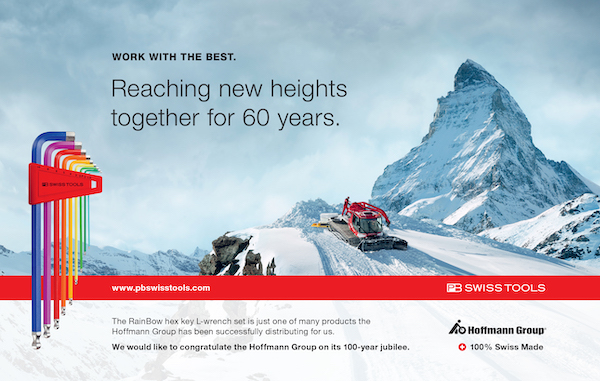