Having already spent almost four decades with the Croatian-based NEXE during a time of significant political upheaval across the country, Ivan Ergovic´ knew he would need to keep politics at the heart of his leadership approach when he stepped into the CEO role in 2003. “NEXE was still a socialist company when I took over. That’s how it was run,” he explains.

“I come from a socialist family but was not raised in a socialist kind of way.” And so while retaining a socialist ethic where the workers were concerned and putting them at the centre of his thoughts, Ivan also brought in some more free market ideas such as marketing and acquisitions.

The results have been impressive as the cement manufacturer has expanded into other markets, countries and technologies. As Ivan tells The CEO Magazine, historically 90% of the company’s income came from the homeland – but that now only makes up 40% of its overall income.

“When I joined the company, there was still a worker’s management system and we quickly moved to more of a marketing management approach to promote the company,” he says. “We also doubled the capacity of the factory and increased efficiency by five times by modernising the entire operating system.

“We had one important goal in mind – to continuously invest in education and science, in line with the latest global trends and regulations. “I applied new strategies, and we started to invest and acquire new companies in Serbia and Bosnia and Herzegovina. They also had the same worker’s management system and so we modernised them as well.”

We protect the environment as much as we can. Our goal is to replace all of our energy with other more sustainable solutions.

Ivan’s ethos has been to invest in technology and knowledge in order to make NEXE far more competitive – competent enough to expand and operate in other markets and regions. Currently, it has 15 companies operating in the region and has a net income of around €20 million a year, and so further investment is something that the CEO plans to take well into the future.

“We are constantly modernising the company in order to come up with efficient systems and grow,” he reveals. “There are further plans to modernise through automation, and we will continue to invest in digital modernisation and transformations.”

This modernisation is aimed at new products as well. For example, using new technology, NEXE is planning to separate out the silicon raw material when producing aggregate, which can then be used in the production of glass. The company is also expanding the capacity of its brick and tile production, and planning to make special brick elements that are not yet present in the region.

Perhaps you can call it a hangover of its socialist beginnings, but despite aggressive expansion, it seems that people and the community are still at the centre of what NEXE does.

“We give a lot of care to environmental protection,” Ivan shares. “In 2018, we started a waste recovery installation and replaced 40% of our fossil fuels. In our tile factory in Vinkovci, we reduced energy consumption by 25% and also reduced CO2 emissions.

“We protect the environment as much as we can. Our goal is to replace all of our energy with other more sustainable solutions.” NEXE has 15 companies in the region (located in Croatia, Serbia and Bosnia and Herzegovina), so the local people are incredibly important to the company and are treated with the same care given to the environment.

During 2020, the company donated €1.36 million to the community, funding culture, health care, education, sports and other projects. The handball team that NEXE sponsors is one of the top 30 teams in Europe, which is a source of great pride to such a small community. “We are invested in the community,” Ivan says.

“We cannot function alone.” In the same way that the community has responded positively to the company’s philanthropy, and employees have responded to its progressive ways of working, suppliers have shown NEXE loyalty thanks to its ability to build and maintain prosperous relationships.

“Our technology and equipment come mostly from Europe,” Ivan says. “We had no stoppages or disruptions due to the pandemic and that goes to show the great relationship we have with our suppliers. That applies to technology, equipment, packaging, spare parts and energy.”

Ivan has taken the company a long way in his time as CEO – literally, metaphorically and geographically. Breaking away from the old-school values of the traditional socialist worker approach, while still taking care of each employee and investing in the future, is something he will continue to do in a bid to take the company even further forward. “We are continuously improving all business processes, through modernisation,” he points out. “We invest a lot in our relations with suppliers, customers, employees, the community and all stakeholders. This quality management system ensures that we continuously protect the environment, our suppliers and the community.”

Based on the system’s four pillars of reputation, communication, user experience and trust, you can be sure that Ivan’s revolution will continue. 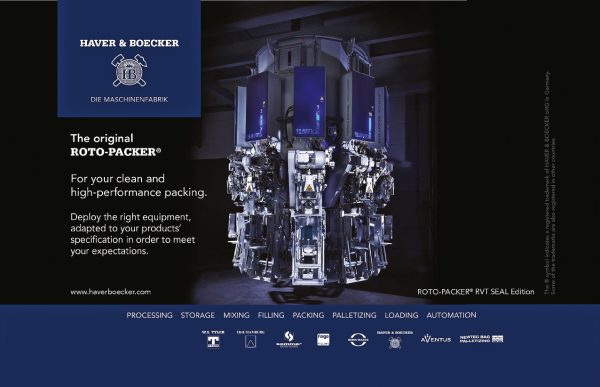