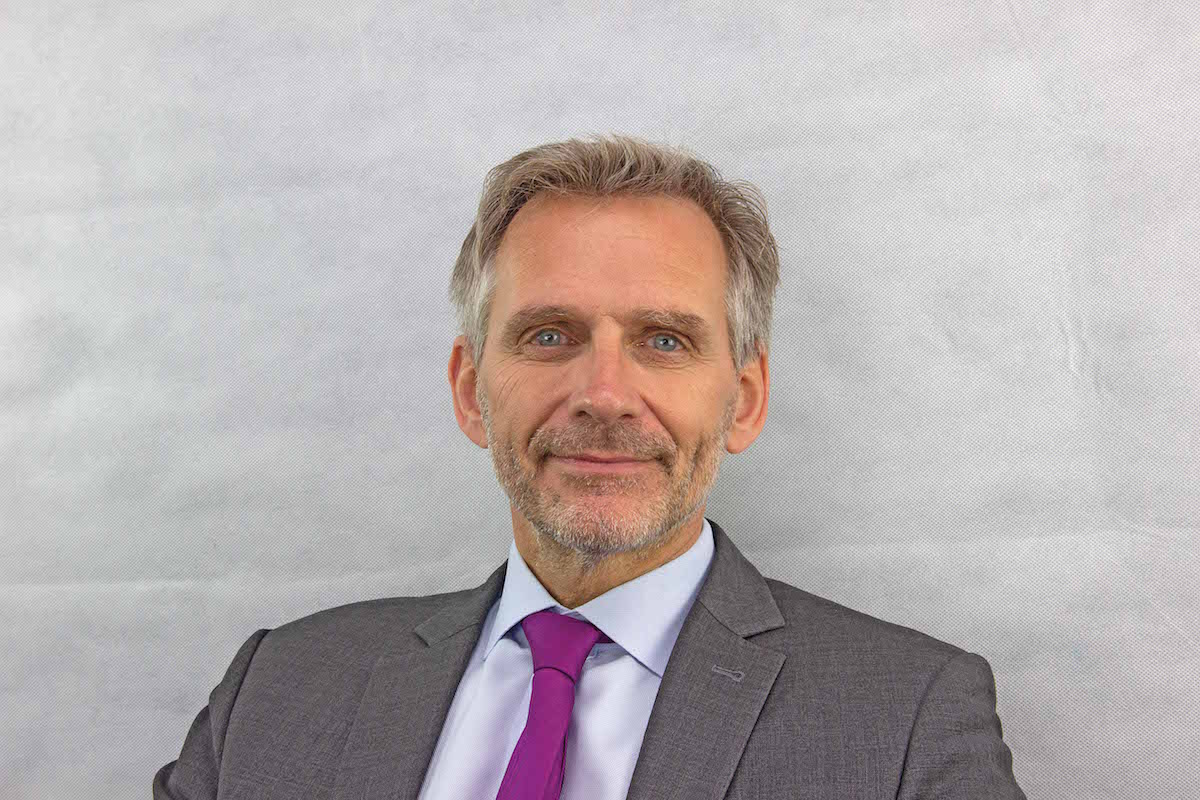 Jakob Sigurdsson had just started a new role as CEO of a large, listed company in Iceland around four years ago when he got a phone call from a headhunter in London – a trusted acquaintance – asking if he would be interested in leading a different company.

He politely declined; he was planning for this to be his last executive job, and it was inconceivable that he would leave a role he had just started. But the headhunter persisted. “This is a bit different,” he told Jakob.

“I certainly can’t tell you what company it is, but I’m sure if you knew you would change your mind.” Jakob was intrigued, so he agreed to sign a non-disclosure agreement and look into the role and the company’s background.

“After that, I knew that if I didn’t put my hat in the ring, I would regret it,” he recalls. The new CEO role was at Victrex, a UK-based company that makes high-performance plastics that are resistant to high levels of heat and can tolerate industrial chemicals and other corruptive substances. Jakob has not regretted his decision.

Victrex’s PEEK and PAEK polymers, as they are called, have a wide range of applications. In health care, the company makes material for spinal implants, orthopaedic implants and, since the pandemic hit, even parts for ventilators. It also produces sound and electrical insulation for cars and parts for planes. 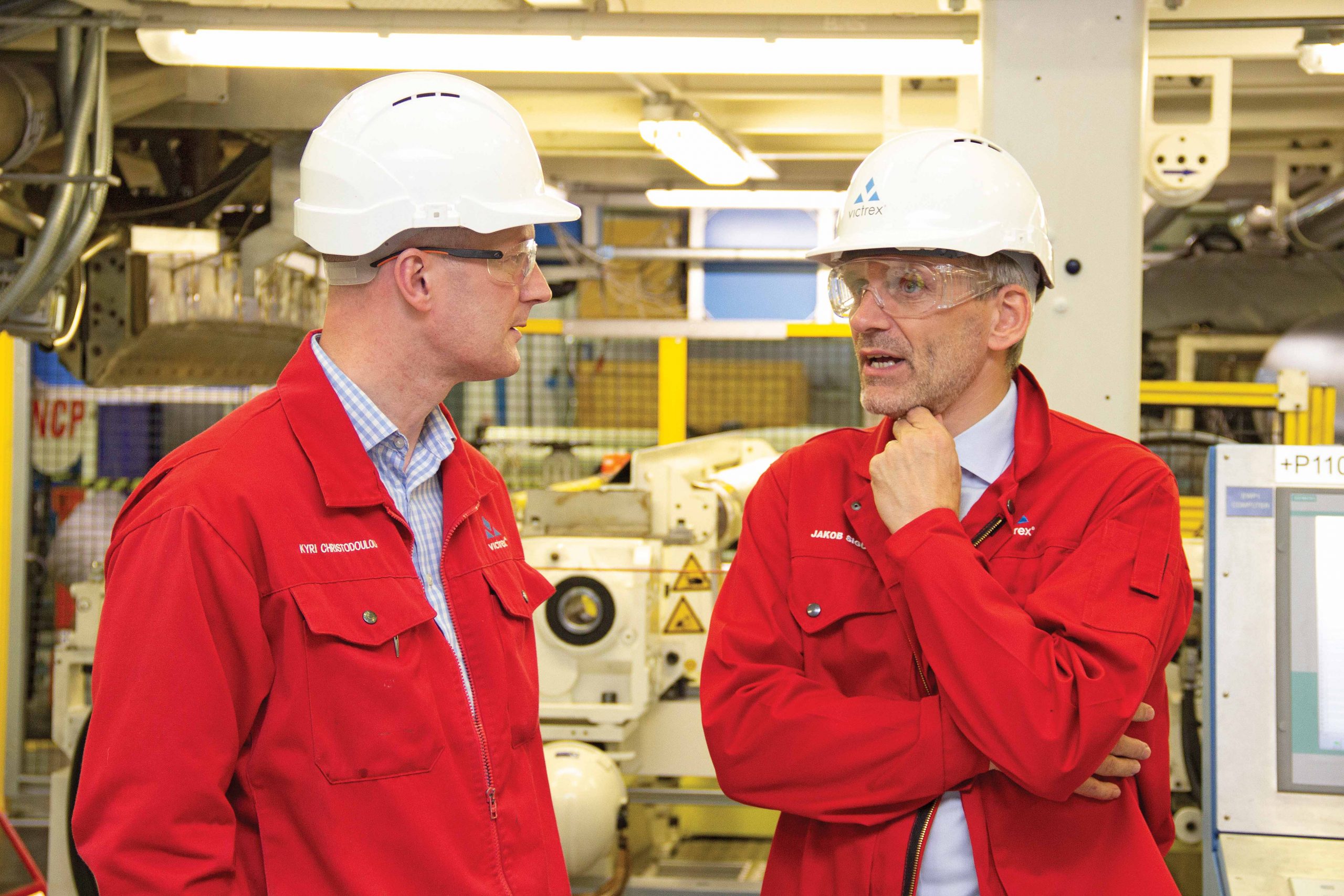 The more Jakob learned about the company, the more he felt compelled to apply for the role. It had a strong history of scientific innovation and was working on ambitious projects that were set to cause disruption in several major industries.

Not only that, but the products Victrex had in the pipeline were also perfectly aligned with some of the biggest macro trends in the world, including the shift towards greener economies.

Its plastics were the good, greener kind, going into electric cars and replacing metals in aeroplanes in such a way that reduced their environmental footprint, as well as bringing clinical benefit to patients in the medical industry, with over 13 million people globally with a PEEK polymer based implant in their body, mainly in the spine market. 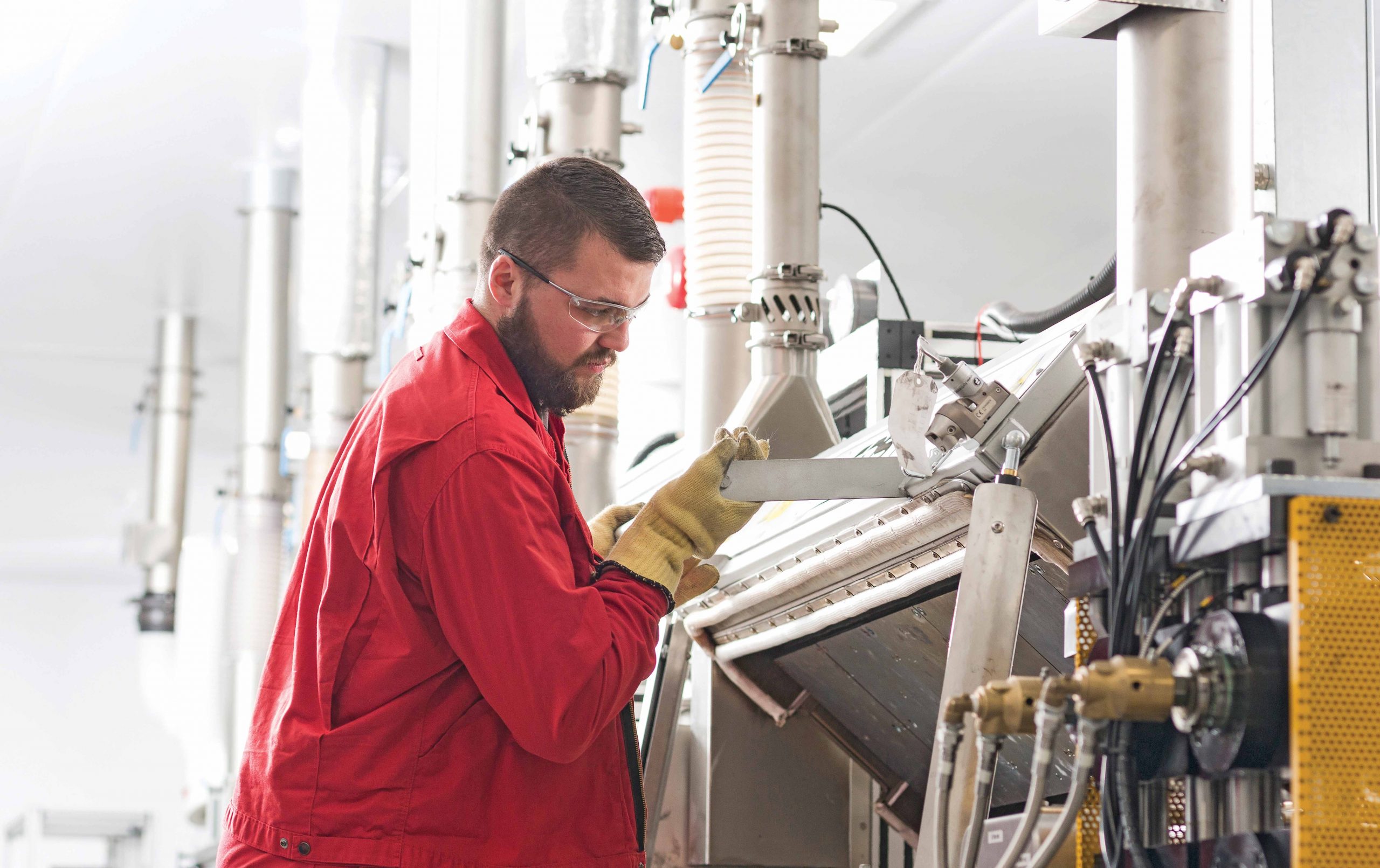 “I thought to myself, ‘Wow, what a fabulous past. What a great current situation. What a commitment to innovation and progress,’” Jakob shares. “The thought just didn’t leave my mind: how big could this get in the future, given all the macroeconomic drivers this technology taps into? That kind of commitment to innovation is just not something you usually come across in such abundance.”

Jakob’s Icelandic colleagues were, understandably, far from thrilled to see him leave so soon, but once he explained the background of the company and his rationale for the move, they understood and remain on speaking terms with him. 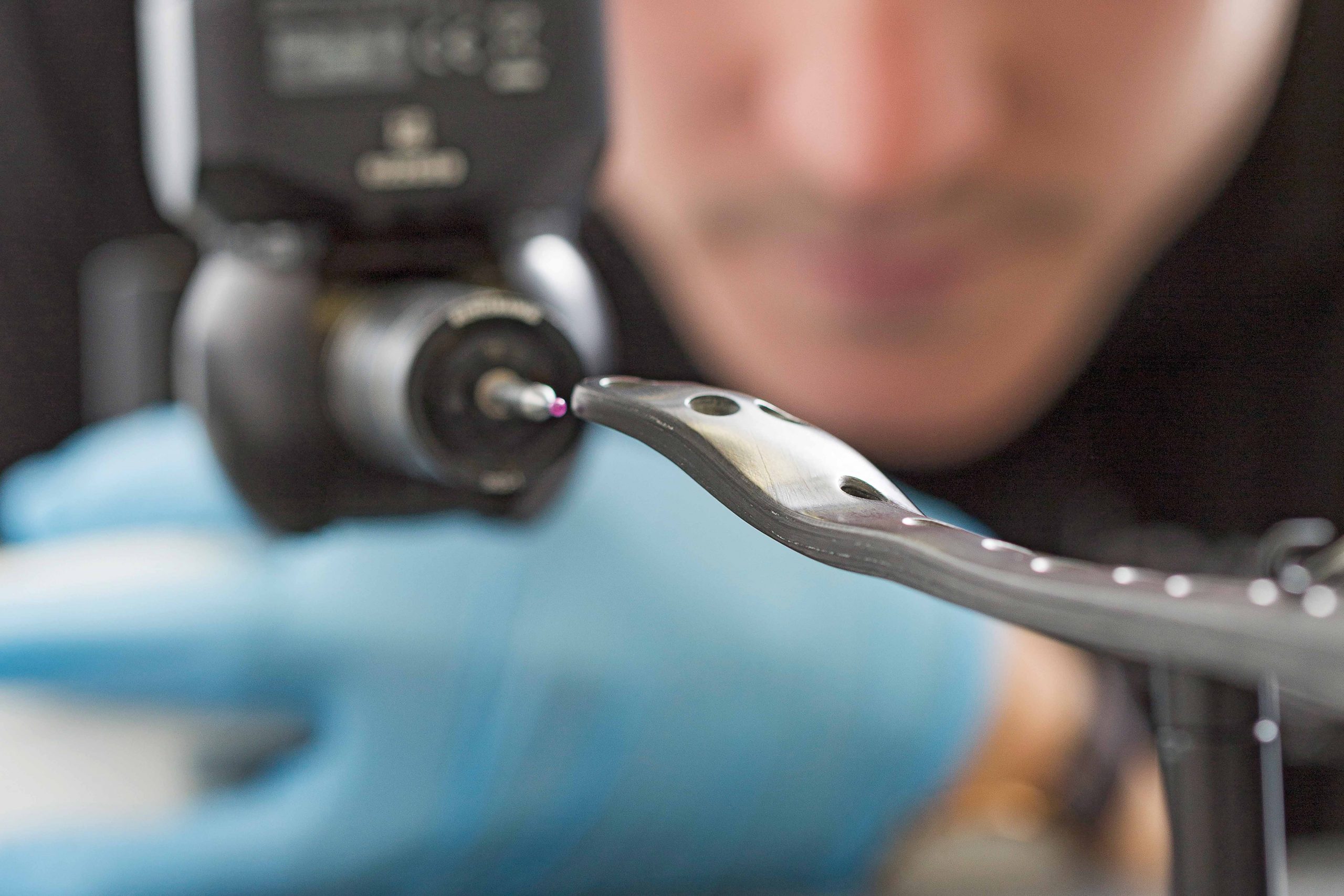 “I’m actually equally as excited as I was on day one,” he enthuses. “It is truly a great opportunity to be a part of bringing transformational solutions to material challenges every day – to be a part of designing the products of the future that can offer environmental benefits, that can offer clinical benefits to patients, that can contribute to meaningful change in the way we operate as a society.”

Victrex has enough confidence in its innovations to make them a reality, even in the face of market inertia. Its technologies often create a new way of doing things that require established players to change the processes they have been using for decades and, more often than not, those companies are not equipped for such change. 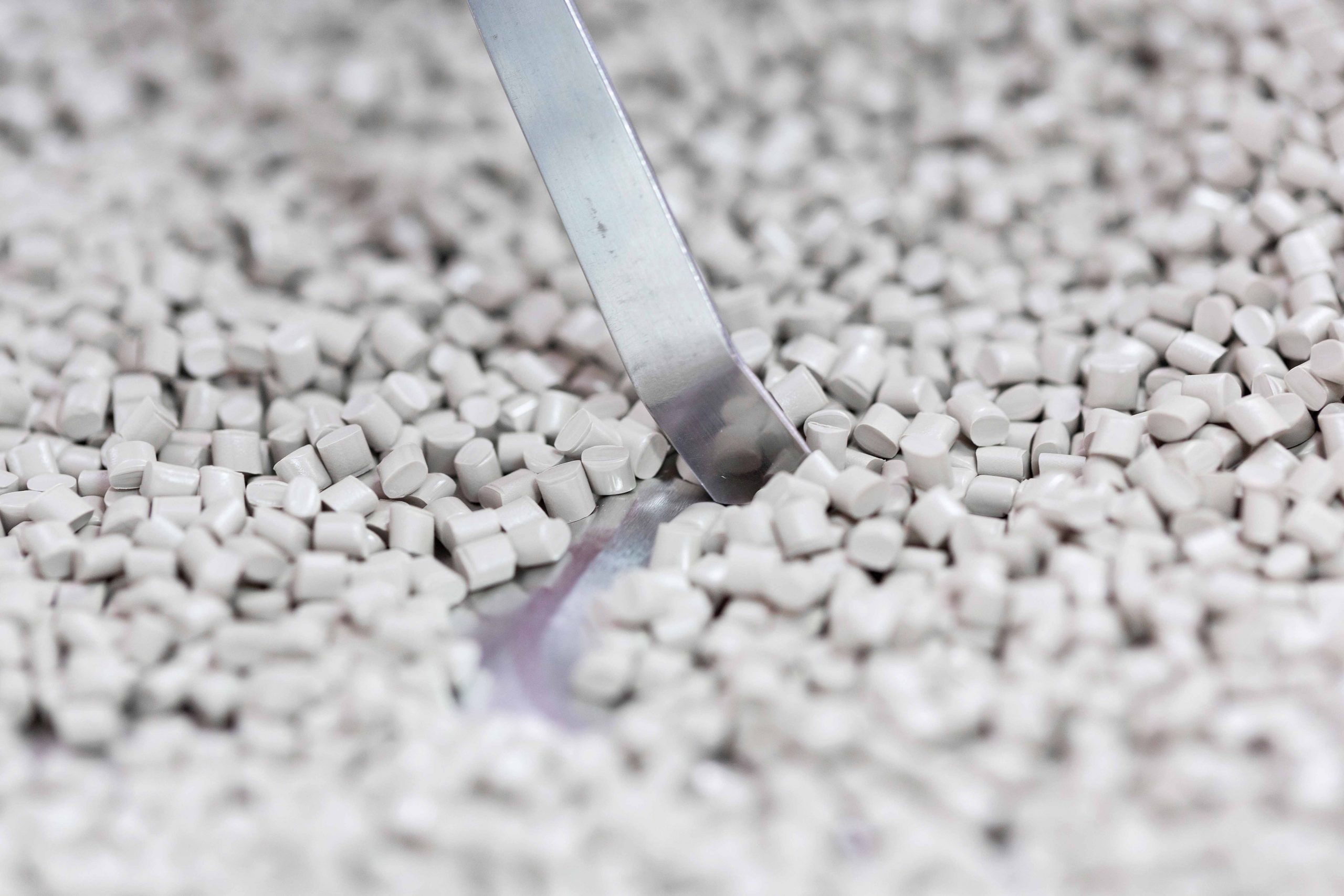 Rather than letting these obstacles stop it, the company takes on a market-maker role. For example, a polymer that can be used to replace a metal part in a plane might have great potential to save weight and improve energy efficiency, but the supply chain might not exist to actually get the parts made and delivered.

“That is where Victrex has the ambition and the courage to say, ‘Well, if there’s no supply chain, we’ll build it.’ That’s quite unusual for a chemical company,” Jakob explains. “Chemical companies classically would sell you a powder in a container or a liquid or material in some form, but they would not ultimately make the forms or the part.”

According to Jakob, moving downstream in this way shows customers that “a solution can be delivered, as opposed to a powder in a bag and an idea”. However, showing that a solution is technically doable and economically viable isn’t always enough. Another part of Victrex’s work is convincing other companies of the merits of the solution.

That kind of commitment to innovation is just not something you usually come across in such abundance.

“All of a sudden there’s a different technology out there that they have not invested in over decades and might potentially be a threat to them, as well as an opportunity. So there’s still a hurdle to get over in terms of adoption,” he admits.

Victrex, which is listed on the FTSE 250, is pursuing growth in three main areas. The first is in what it calls its mega-programs: new innovations in the pipeline that are set to be disruptive in several industries. These include polymer gears in cars, loaded brackets for aerospace and several new surgical implants. 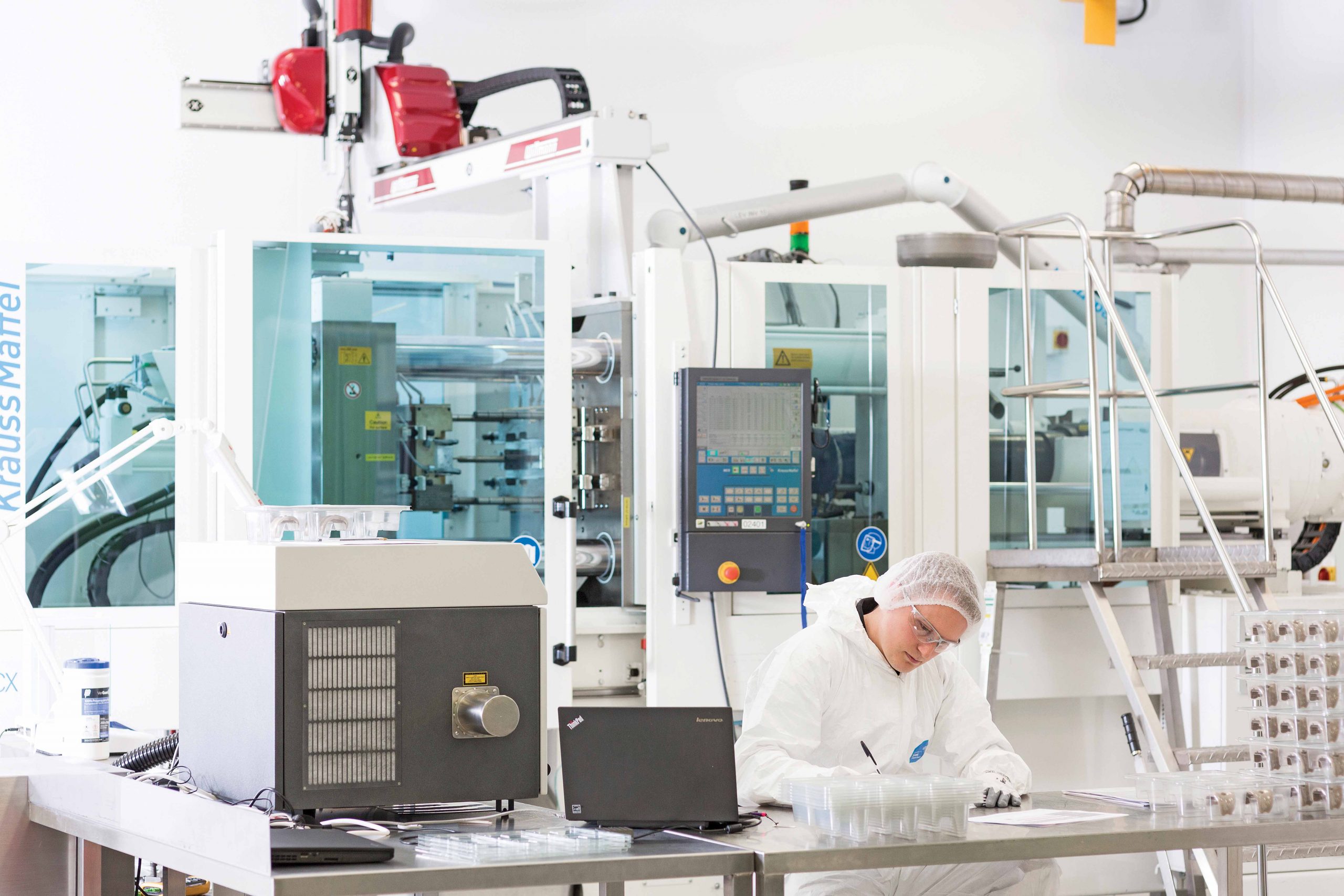 “We expect our mega-programs will start to contribute to our revenue profile in a significant way from roughly 2023, 2024 and onwards,” Jakob predicts. Next is geographical expansion.

The company has been enjoying substantial growth in China and Korea in recent years, as well as in Japan. It is building a facility in China to manufacture certain elements of its polymer portfolio there. Finally, and often underestimated, Victrex is pursuing growth in its core business.

“There is a significant opportunity for us to increase our penetration into existing applications but also to nurture smaller opportunities in niche areas,” Jakob says. With this growth strategy, Jakob aims to keep the company sure-footed as it pursues exciting new opportunities that will help change society for the better.

“It is truly motivating for the people that work for Victrex, being a part of bringing transformational solutions to market,” he reveals. 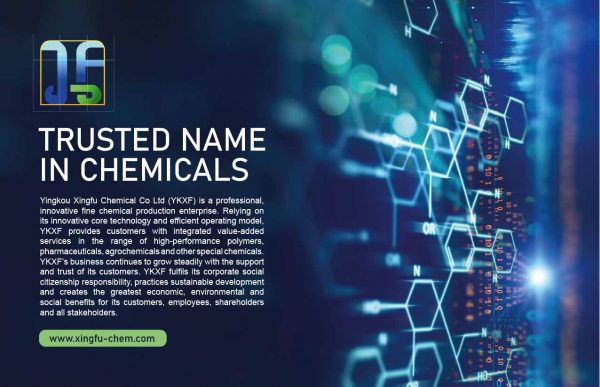