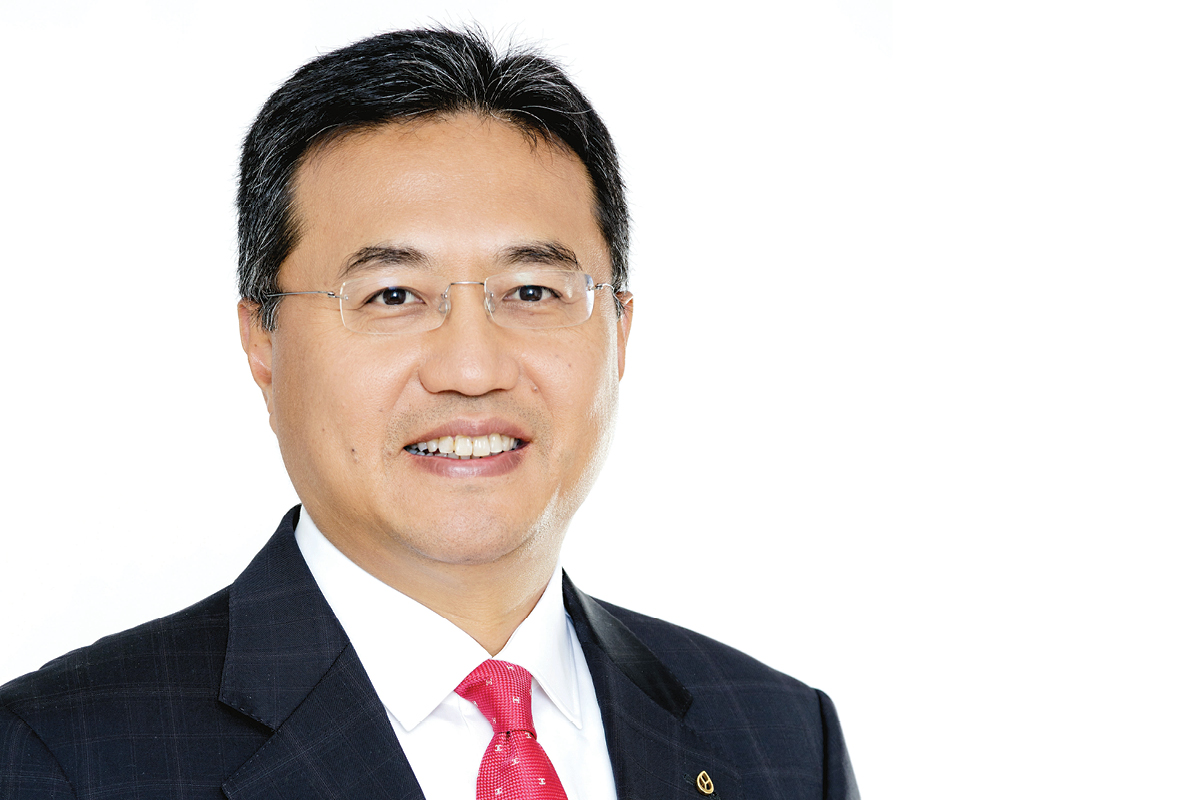 In 1985, fledgling Irish airline Ryanair began flying a single plane from Waterford in Ireland’s south-east to Gatwick Airport. The intent was to challenge the hegemony of British Airways and Aer Lingus, the two airlines that dominated the London-Ireland route.

Just one year later, Ryanair introduced a flight between London Luton Airport and Dublin, a direct challenge to the duopoly. The key to the smaller airline’s success was price – to this day, the company is known for its low-fare, no-frills flights.

But beyond disrupting the Britain-Ireland air travel industry, Ryanair’s initial success also, indirectly, disrupted the packaging industry in Asia and beyond, by serving as a source of inspiration for an aspiring entrepreneur in Beijing.

Jeff Bi, today the CEO and Executive Director of Greatview Aseptic Packaging, was intrigued by the low-cost, high-value proposition of Ryanair. He realised there was a similar space in the liquid food packaging industry, which was (and still is, to an extent) dominated by the Swedish multinational Tetra Pak.

“I wondered in my mind how to create an alternative supply at a time when I was still working for Tetra Pak,” Jeff recalls. “I was trying to make Tetra Pak more competitive, by creating an internal start-up. That was the seed that had been planted at that time. Of course, I had to make sure this start-up was creating value to the customers and consumers, otherwise it wasn’t going to fly. So that’s how the whole thing got started.”

Tetra Pak had a near-monopoly in the aseptic roll-fed carton packaging sector worldwide but, in 2003, this was especially true in China. It was a tough environment in which to compete; during the early days of Greatview (when it was still known as Tralin Pak), Jeff had to convince potential customers who were reluctant to add Greatview as a supplier, in spite of the fact they were struggling to source sufficient packaging material from Tetra Pak to meet the explosive growth of the Chinese milk market.

For most, there was the concern that they’d lose out on Tetra Pak’s various services and products; Jeff likened it to a hostage situation.

Equally, Greatview’s status as an unknown made bringing on new customers challenging. “It was like a leap of faith,” he says. “Like you’re on an aeroplane trying to jump with the parachute, and you’re not 100% sure the parachute will open.

“I underestimated the fear factor. I thought the customers would all dislike being in a monopolistic situation. They all wanted a choice, but that fear factor played an important role in the customer’s decision to go with that choice or not.”

In response, Jeff lobbied and pushed for Chinese anti-trust monopoly laws. The result was that Tetra Pak was unable to refuse the supply of technical services and spare parts to their customers, which was critical, given that the equipment Greatview’s material was used on was sourced from Tetra Pak itself.

Packaging production assured, Greatview could carry on. Within eight years, the company had built up a market share of 9% in China, and is now one of the largest players in the aseptic carton packaging market worldwide.

Of course, the process wasn’t without personal challenges for Jeff. Until Greatview, he’d worked within a corporate environment, and though it hardly needs saying, it’s an experience utterly unlike that of a start-up.

For one thing, travel became a fixture of his life, to the point where he realised he was spending a lot of his life at the airport; for Jeff, it was something of a sacrifice, since he had less time with his family. “The second change was the mentality,” he recalls.

“When I was working for corporate, I didn’t have to worry about paying people’s salaries or when the next pay cheque would come. I was saving as much as I could by cutting costs while I was always on the sales and marketing side. Once I was running a start-up, everything was on my shoulders. I needed to make sure the people who’d been following me would get paid on time. Cash flow suddenly becomes important.

“We went through a difficult time for about eight months. No-one got paid because we needed to use the money to pay the raw material supplier so we could keep the machines running and producing products. It’s almost like being a parent. When you’re running a start-up, you’re responsible for everyone. You need to make sure that there’s food on the table and a roof above everybody’s head.”

Despite the changes he’s gone through as a result of founding Greatview, he’s been able to achieve his goal of providing an alternative to the market leader. Greatview’s lower-cost products have had ripple effects, providing benefits throughout the supply chain.

This, says Jeff, has always been his intent; comparing himself to a consultant, he looks not just at his own customers, but at their customers as well, thinking several steps ahead. “By providing a choice to my customers, they can transfer their savings from the cost of production to the consumer in the supermarket, so everyone’s paying less,” he says.

In fact, Jeff considers this his crowning achievement, a source of self-worth and a way for him to contribute to a rapidly changing world. By his own estimate, Greatview has helped producers and consumers save vast amounts of money throughout various markets and industries. But that’s only one aspect of Jeff’s contributions to the world; equally transformative has been the company’s efforts towards environmental sustainability.

All packaging produced from Greatview’s German factory uses FSC-certified paper sources. Since 2015, more than 70% of Greatview’s packaging has come from certified, sustainably-managed forests.

To this day, Greatview claims to lead the industry in the sustainable sourcing of wood fibre worldwide. In comparison, Tetra Pak’s last published sustainability report declared a 2017 figure of 42% of packages delivered with FSC labelling.

Internally, the company makes use of a heat recovery process that reduces heating energy by 40%, and rainwater recovery that cuts water use by 30%. Greatview also employs centralised automated energy management, as well as recycling processes.

Externally, Greatview holds its supply chain to an equally high standard. Jeff outlines an audit conducted of suppliers that focuses on four criteria: cutting down no more trees than necessary, preservation of forest water systems, protection of native species and no forced removal of any local residents.

For its commitment to sustainable sourcing, Greatview was awarded the 2014 Environment Award by Social Engagement Network, a subsection of the Young Presidents’ Organization.

Jeff credits one person with Greatview’s clear vision for environmental sustainability; in 1997, when the Greatview founder was still at Tetra Pak, his six-year-old son Hansen asked why they still used trees to make products when it’s so bad for the environment. As a result, from the start, Jeff has pursued ethical sourcing, even though it cost the business substantially.

Even today, he says many companies are reluctant to follow Greatview’s example, despite professing to champion eco-friendliness. “Everything has a cost, so we pay slightly more for ethical sourcing,” says Jeff.

“But when it comes down to purchasing our products, certain multinationals don’t want to pay for it. They go for lower-cost material that doesn’t meet those four criteria, or doesn’t have that certification on the package. They just go with whatever’s cheap. That’s why I say they’re hypocritical – they say one thing and do another. We’ve experienced a lot of situations like that. I don’t know when that’s going to change, but sooner or later I think it will.”

Even with some multinationals resisting the adoption of sustainable practices, Greatview’s expansion continues apace, driven heavily by international expansion. Though the PRC represents nearly two thirds of total sales, 2018’s 9.8% sales increase has been largely driven by high growth internationally.

With a presence in Europe, and rapid penetration into South-East Asia and the Americas, Greatview is positioned to rapidly spread its reach. It’s “no walk in the park”, says Jeff, but Greatview’s advantage is that international markets need the same freedom of choice the company now offers to China.

“A true alternative, first of all, has to be big enough. You have to be able to produce tens of billions of packs. If you’re too small, you won’t be able to serve the needs of customers. The customers need large suppliers to go with them.

“Second, customers need a supplier that can compete with Tetra Pak with a proven record of consistent quality. We have that; we can produce tens of billions of packs at a consistent level of quality,” he adds.

“The third prerequisite is a demonstrated record of capacity to grow, because the customers are growing too. There are more customers every year and they’re growing into new markets. We need to be able to demonstrate to the customer that we can grow with them no matter where they go. We can be there with them, providing consistent quality and large quantities of products. With that kind of scale and competence, we’re able to serve the customer anywhere.”

“We can be there with our customers, providing consistent quality and large quantities of products.”

Besides a capacity for quality and quantity, Jeff has also maintained a focus on innovation. He’s fighting a perception that Chinese industry is solely buoyed by the provision of cheap labour, instead believing that technology and innovation are much more crucial for Greatview.

As an example, Jeff claims to have been among the first to use unique QR codes on packaging, offering transparency around supply chains, making product batches easier to identify, and collecting data on consumers.

In much the same way as he drew inspiration from Ryanair, this particular innovation, says Jeff, was derived from an abortive project during the Beijing Olympics in 2008. The PRC’s government tried to drive adoption of a food traceability system for Olympic athletes, to secure food quality and make recalls easier, if necessary.

Unfortunately – as with those few multinationals and sustainable packaging – companies were unwilling to spend more to offer this. A few years later, Jeff decided that if no-one else was going to make that move, he would. “I thought if I could get all that information in front of the consumer easily, the consumer would love it,” he says.

“They’re going to pay more attention to products that can offer this, and they’ll place more trust in the brand that can give them full transparency. To make a long story short, 2015 was the first year we put a unique QR code on each pack we produced. For the first time, we were able to establish a real-time, data-rich, two-way communication channel directly between brand owners and consumers.”

Application of this technology allowed Greatview to support its customer Mengniu, one of China’s largest dairy companies, in running a voting system for Mengniu’s sponsored talent show. The unique QR codes on Mengniu’s packaging allowed viewers to vote for acts in the show, drawing in younger consumers, while providing Mengniu with a greater understanding of its customer base.

Four years on, competitor Tetra Pak has adopted QR codes; Jeff isn’t sure why the rest of the FMCG industry has yet to catch up, but it partially vindicates his decision.

“As long as whatever we do benefits our customer or our customer’s customers, it’s the right thing to do.”

Equally, a growing awareness of food traceability among consumers is proof of Jeff’s foresight; one study found three-quarters of consumers in 2018 were likely to switch to a more transparent brand, compared with 39% two years earlier.

“That’s how we innovate,” he explains. “We’re a small company, a start-up compared to the big multinationals, so we have had to use our resources wisely, trying to focus on the areas that can benefit consumers and our customers the most. As long as whatever we do benefits our customer or our customer’s customers, it’s the right thing to do.” 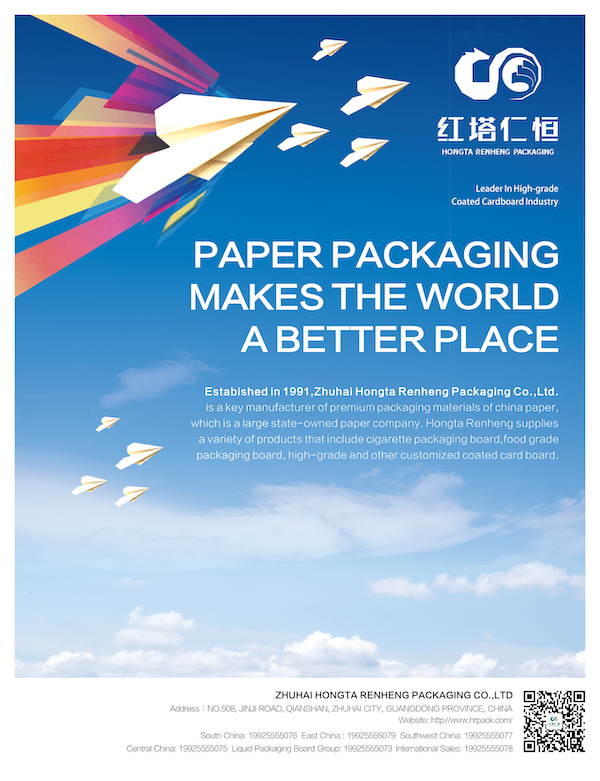 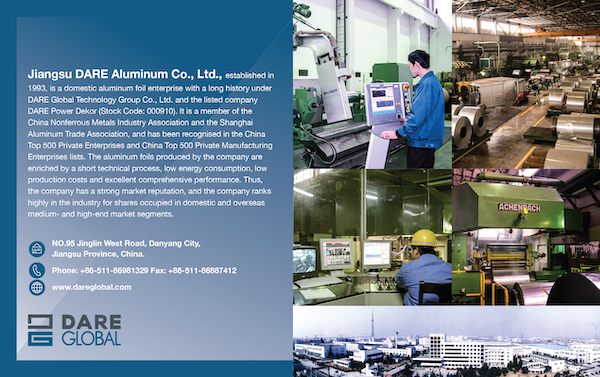 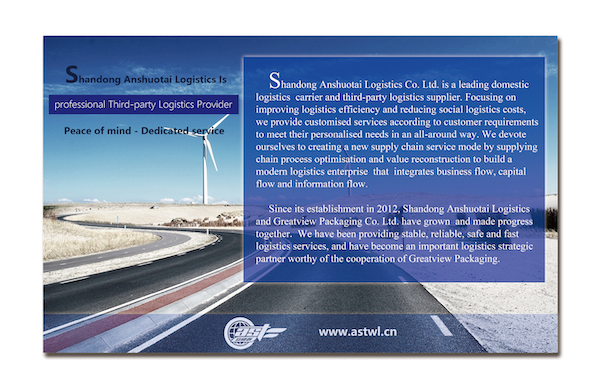