Our work is not science fiction: Marco Fuchs OHB System AG had a milestone year in 2018. It contributed well to its parent company, OHB SE, hitting €1 billion in revenue, made several strategic acquisitions and signed a €288 million contract with the European Space Agency to launch the PLATO space observatory in 2026, a facility that will be used to explore the expanse that exists beyond Earth.

The aim of Galileo is to provide an alternative to other positioning programs such as GPS – which operates out of the US and is owned by the American military – and GLONASS from Russia.

The system went live in 2016 and, thanks to the support of OHB System AG, has 22 satellites currently in orbit, with signals reaching a global audience. More than a dozen smartphone producers have already integrated the technology into their products and car manufacturer Volvo has built a Galileo-based emergency call system into its V60 model.

“The transportation of these four Galileo satellites marks a decisive point in European space flight, completing one of the most important satellite systems ever launched by Europe,” Marco shares.

“It will provide the data and information required to develop new business models and better applications. This, in turn, will hopefully help make the world a better, safer and nicer place for everyone. The fact that OHB is making a crucial contribution to this makes me incredibly proud.”

OHB System AG has been playing an integral role in Europe’s space sector for more than three decades, providing high-tech solutions – such as low-orbiting and geostationary satellites – to clients including the European Space Agency, the German Federal Ministry of Defence and the German Aerospace Center.

The company is owned by OHB SE, also led by Marco as CEO; however, it operates as its own private entity that is entirely dedicated to space. “Space is just like any other industry,” Marco tells The CEO Magazine. “Our work is not science fiction. A career in space exploration is not a dream but a growth industry for fast and imaginative thinkers.”

Marco has been a key figure in the industry for many years. He says he’s pleased with the company’s achievements to date and is enthusiastic about what the future holds for OHB System AG.

He shares that he’s particularly excited about Hera, which is part of the Asteroid Impact and Deflection Assessment mission – a project that is incredibly important for the company and the world. “It’s to alter an asteroid’s trajectory so it misses Earth,” he says.

An asteroid exploded over Tunguska, Siberia in June 1908, flattening every tree over 2,000 square kilometres. Its power was equal to approximately 1,400 Hiroshima bombs.

“It’s not a case of if it will happen, it’s a case of when.” OHB System AG was commissioned by the European Space Agency last year to work on Hera, a contract worth €4.5 million. This is its second project of this nature, after being involved in a study on asteroid defence from 2015–17, called AIM (Asteroid Impact Mission). 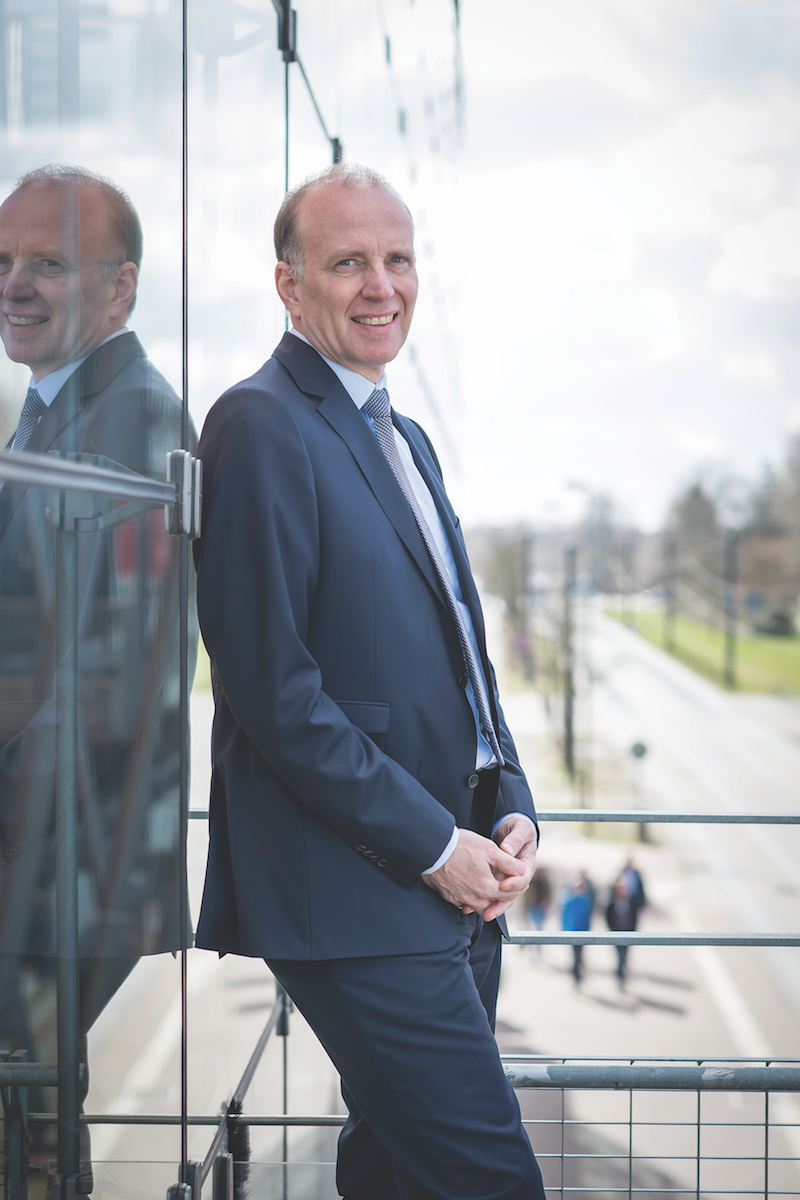 To continue the success that OHB System AG has enjoyed in the past, Marco is committed to working with strong business partners.

He believes that partnerships are vital to innovation and that, as the market evolves, OHB System AG will needto rely on them more to cement its position as a leader in the industry.

One important relationship is with SciSys, a computer software and services company based in the UK and Germany.

OHB System AG has been contracted by the German Federal Ministry of Economic Affairs and Energy to work on the Heinrich Hertz satellite mission, in collaboration with SciSys.

Scheduled for launch in 2021, the project will help to gain a preliminary understanding of whether a national satellite communications system would be feasible for broadband and other high-data communication processes.

According to OHB System AG’s Dieter Birreck, the project head of Heinrich Hertz, a satellite mission such as this one has the potential to have a huge impact on the future of Earth, the environment and the way humans live, work and communicate.

“Heinrich Hertz is a scientific mission,” he tells The CEO Magazine. “It will enable scientists in the industry to test innovative technologies in space and provide a platform to carry out communication experiments. As such, missions like this support technological progress.”

Dieter sees two important topics when it comes to communication. “First, we have the ‘always and everywhere connectivity’. This connectivity is achieved regardless of if we are in the middle of a desert, in a plane or inside a building.

Improved satellite communication will play a key role here. “And second, through improved communication, there is also the potential for better understanding among people. This certainly helps to achieve and keep peaceful collaboration everywhere.”

Dieter notes that a project like this wouldn’t be possible without a strategic partner like SciSys providing the necessary IT infrastructure. “Heinrich Hertz is a communication mission, so to be successful we need the right amount of skills in that area as well as the on-the-ground segment,” he says.

“But that does not mean we will cooperate only with the big players or well-established companies in that field. We have learned in the past that a key point for success is the dedication to the topic, as well as a very customer-oriented approach. You must listen to customers and implement solutions, and this fits perfectly with our needs as an organisation. 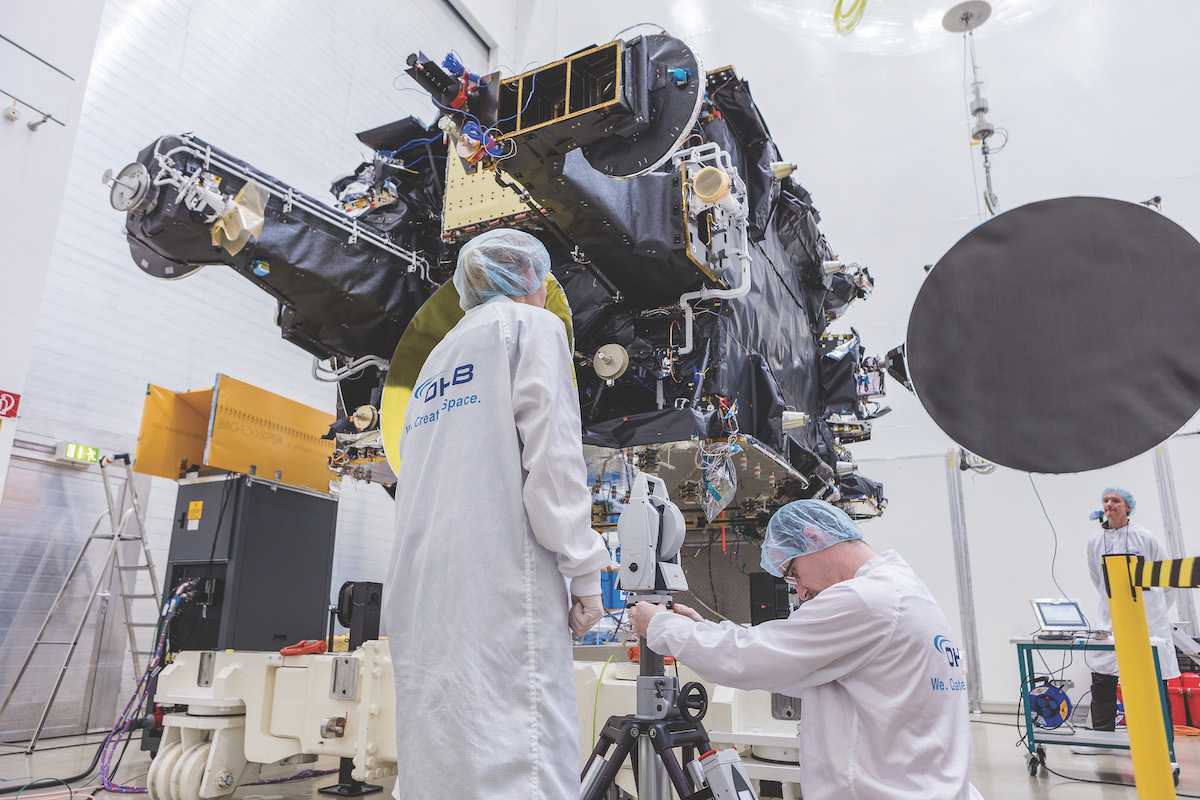 “That’s why we put a premium on dedication and a customer-first approach – and we see this in companies like SciSys. When they are still growing in the business area, they bring in contemporary ideas. We listen to them, look at their concepts and help them to establish the right solution for the customer.”

While it’s clear that OHB System AG has experienced significant success to date, according to Marco the best may be yet to come. “The industry is growing and providing more opportunities for the future,” he says.

“Our company’s growth will continue – in fact, we’re expecting double-digit growth – and we’re looking forward to further exploring areas such as remote mapping and monitoring of the environment and climate.

Space is an essential part of our society and it’s an exciting time to be in this industry.” 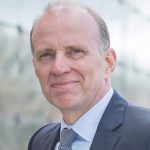