Best of both worlds: Murray Dietsch 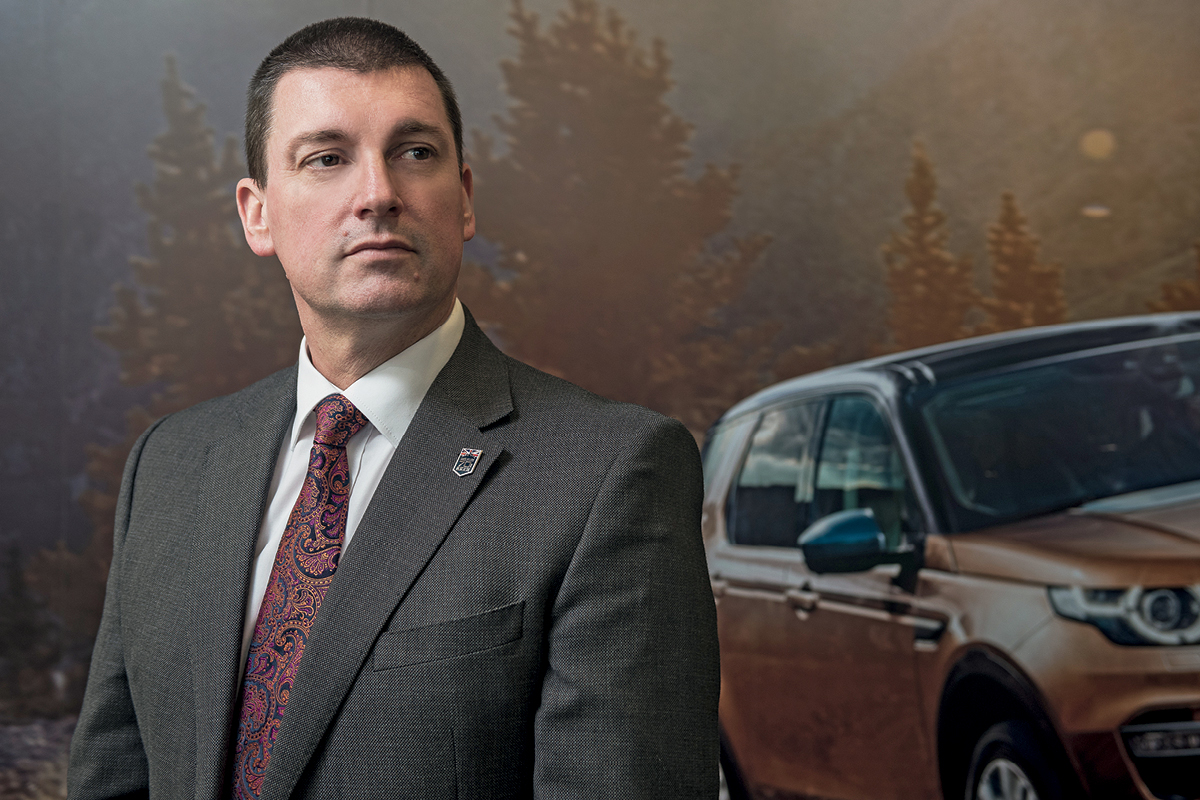 “It’s been such a positive experience for me coming back to China,” Murray Dietsch, President of Chery Jaguar Land Rover(CJLR) begins. “Just working here, in the most rapidly expanding market in the world, has been exciting and a real challenge.”

The role that brought Australian-born Murray back to China in late 2015 was managing the first Sino-British premium vehicle joint venture, a 50–50 partnership between Chinese auto manufacturer Chery Automobile and the UK’s Jaguar Land Rover.

Prior to taking up his current role, Murray had a quarter century’s worth of experience in the industry, spanning strategic development, personnel management, research and development, and engineering in positions in India, the UK, Australia and China.

Most recently, Murray spent seven years as Vehicle Line Director of Jaguar Land Rover and oversaw the launch of more than 30 new models or upgrades. He looks back on the Range Rover Evoque and Discovery Sport with particular pride. “The Evoque was an iconic all-new vehicle that was effectively creating the premium small luxury SUV segment,” he enthuses. “I was one of the first people on that program and I was happy to be responsible for the project all the way through. You could call it my baby, I guess.”

The Discovery Sport was also special as one of the foundational projects of the joint venture. It has since become an enduring success and the company recently produced its 100,000th Discovery Sport in China.

“The Vehicle Line Director role was a fantastic learning experience,” Murray says. “You learn much more than just product development, but how to harness all areas of the business, design, marketing, research and finance teams – how to make sure the vehicle lines are profitable, how to comply with manufacturing requirements and how to maximise the delivery of quality through the whole process.”

He says CJLR is well placed to cater to a market increasingly looking for environmentally sound vehicles. “Our focus has always been on maximising the efficiency of all our products. We’ve always had this concept of providing customers with aspirational vehicles that, at the same time, pay attention to social and environmental sustainability.”

“We’ve always had this concept of providing customers with aspirational vehicles that, at the same time, pay attention to social and environmental sustainability.”

CJLR is committed to producing new energy vehicles. In the future, all new Jaguar and Land Rover vehicles will have an option of an electrified model. This may be in the form of mild hybrids, plug-ins or fully electric vehicles. It has already implemented its intuitive engine technology. “It’s the most technologically advanced engine we have ever designed,” Murray explains. “It’s very fuel-efficient, but at the same time provides fantastic performance, so the customers get the best of both worlds.”

The company has also pioneered aluminium technology manufacturing for vehicles in China. This process results in car bodies that are between 20 and 45% lighter than their steel counterparts and are thus vastly more fuel efficient. CJLR uses aerospace-type fasteners and self-piercing rivets, meaning the manufacturing process creates far fewer emissions and is almost silent.

Not only is it making vehicles that are environmentally sound, CJLR is also committed to ensuring the manufacturing process is more efficient. Its new paint plant produces zero waste water discharge, for example, and it is recycling all its overspray. Its new engine plant has solar power facilities that provide more than two-thirds of the total energy it uses.

Speaking shortly after the Chinese government signalled reforms to its policy on foreign ownership of vehicle companies in the country, Murray said CJLR was seen as a model for this type of commercial enterprise in China. “We’ve created a joint venture and it’s running exceptionally smoothly. Both our parent companies, Chery and Jaguar Land Rover, are extremely happy with the way it is operating.”

The successful joint venture arrangement has led to sustained financial growth and, Murray reports, it posted 27% year-on-year growth in the first quarter of 2018. He says the strength of the products is one of the main reasons for this performance.

“We now have a dual brand operation producing both Jaguar and Land Rover vehicles with a pure British lineage. We build world-class vehicles. It is a blend of having the right products and delivering the best quality you can imagine, and with an efficiency that allows those vehicles to be accessible to a much wider consumer base.”

Murray also points to the workforce CJLR has assembled. “They really support and encourage the launch of new vehicles. We’ve launched five vehicles in just three years. No other Chinese joint venture has come close to that. We put our people first and our people put the customer first. It’s been a combination of the product and team performance that has supported the growth we’ve experienced in the past few years.”

CJLR’s commitment to creating a positive work environment saw it collect awards for Best Employer of the year in 2016 and 2017, Most Innovative Employer and for Diversity. “It’s about paying close attention to our people and our people development. One of our core values is being people-oriented; building an organisation and its people to enhance our leadership and functional capability. We’ve been promoting a deep-seated company culture of collaboration and accountability, putting people first, and the like for more than two years now. We’ve had a lot of focus on that.”

In just five years, CJLR has built up a workforce of more than 6,000 people and has invested heavily in training and people development. It lives by the maxim of ‘Our team delivering excellence’ and has painted this slogan on the walls of all its buildings to provide a constant visual reminder of the company’s core values. “People here aspire to deliver excellence,” Murray says. “It’s a fantastic place to be a part of and come to work to every day.”

“It’s a fantastic place to actually be a part of and come to work to every day.” 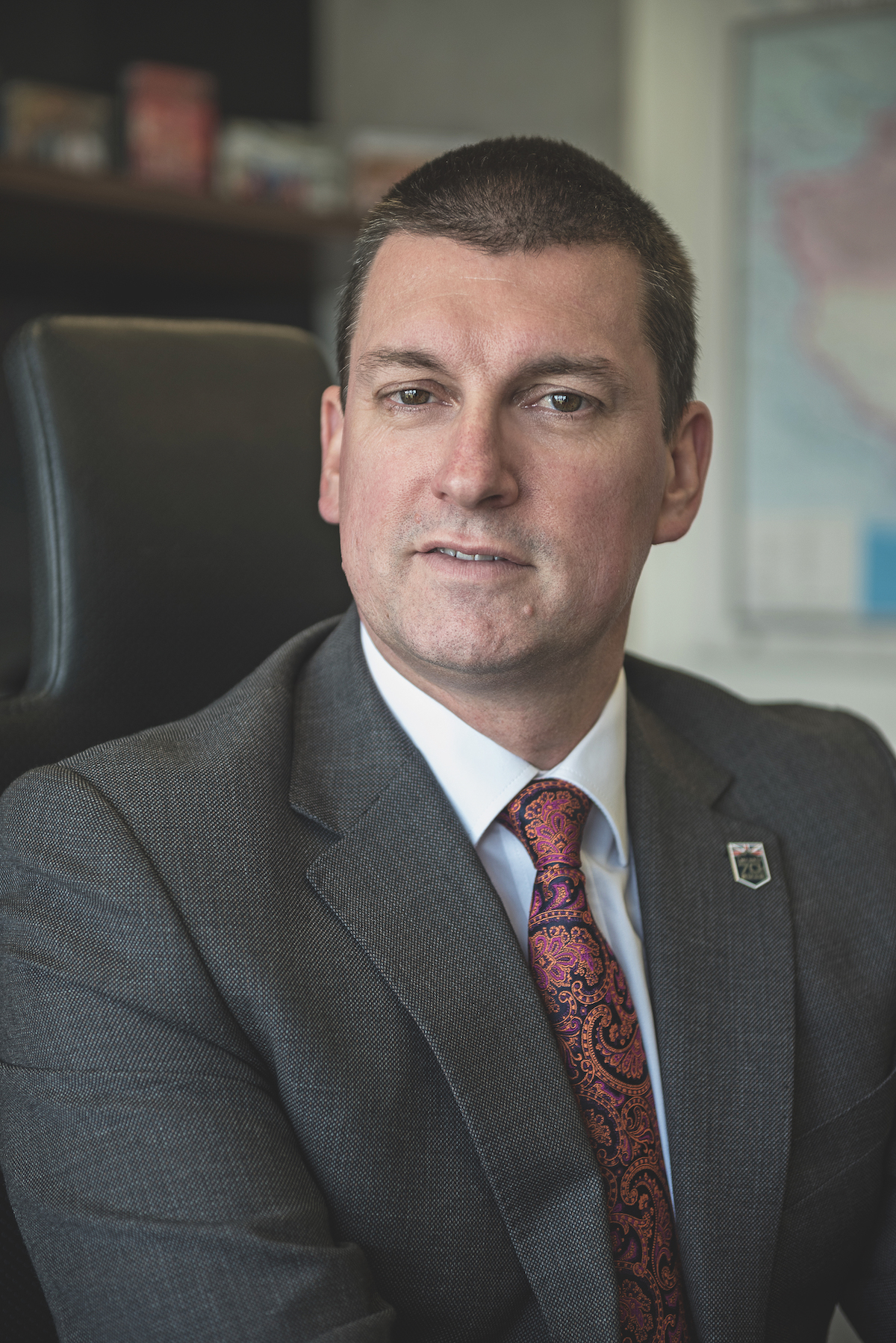 In China, the overall vehicle industry’s annual growth has slowed to around four to 5% year-on-year, but the premium vehicle segment is growing at 17–18% annually. While the steep growth in this segment has attracted new market entrants, Murray is confident they won’t necessarily erode CJLR’s market share in the luxury vehicle segment.

“These new entrants will provide an interesting challenge, but I don’t see them as a threat. It’s a bit like the opening up of Chinese industry generally. As new players come in, they bring innovation and new technology, which is good for the industry and the market.”

Although Murray still retains his distinctive Australian accent, he is firmly ensconced in the pace and energy of his adopted home and unreservedly recommends the experience to other C-suite executives.

“It’s difficult to convey just how vibrant and rapidly changing things are here. The Chinese industry in general, and not just the automotive industry, is such a fascinating place to be involved with. If people have the desire to work somewhere that is fast-paced, energetic and fulfilling, I would encourage them to think about coming to China because, in years to come, it might not continue to be like this. So, don’t let it pass you by.” 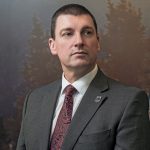