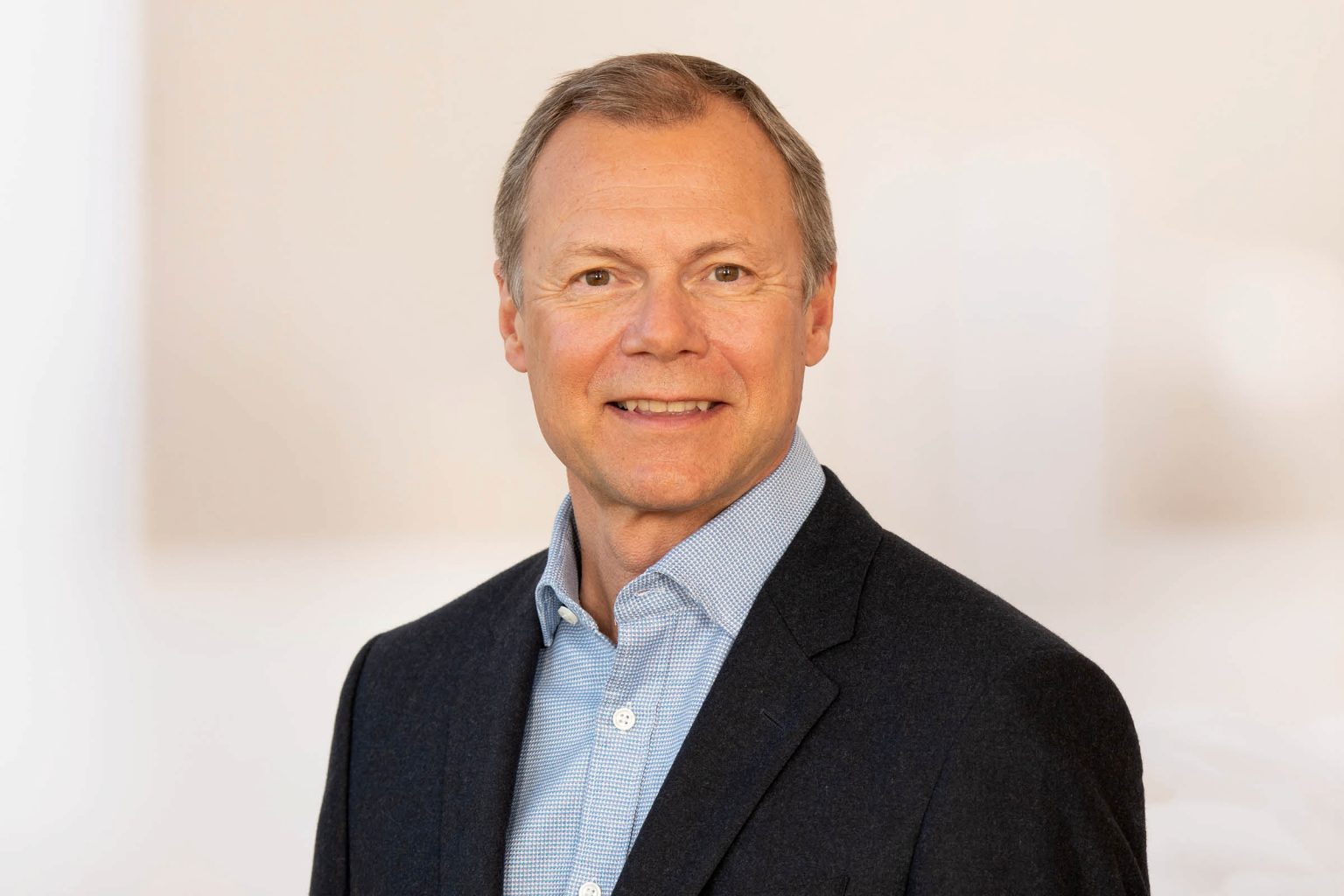 Paul Andersson is in the business of delight. As President of Firmenich China, the largest privately owned perfume and taste company in the industry, he oversees the creation of flavours and fragrances to suit all appetites. 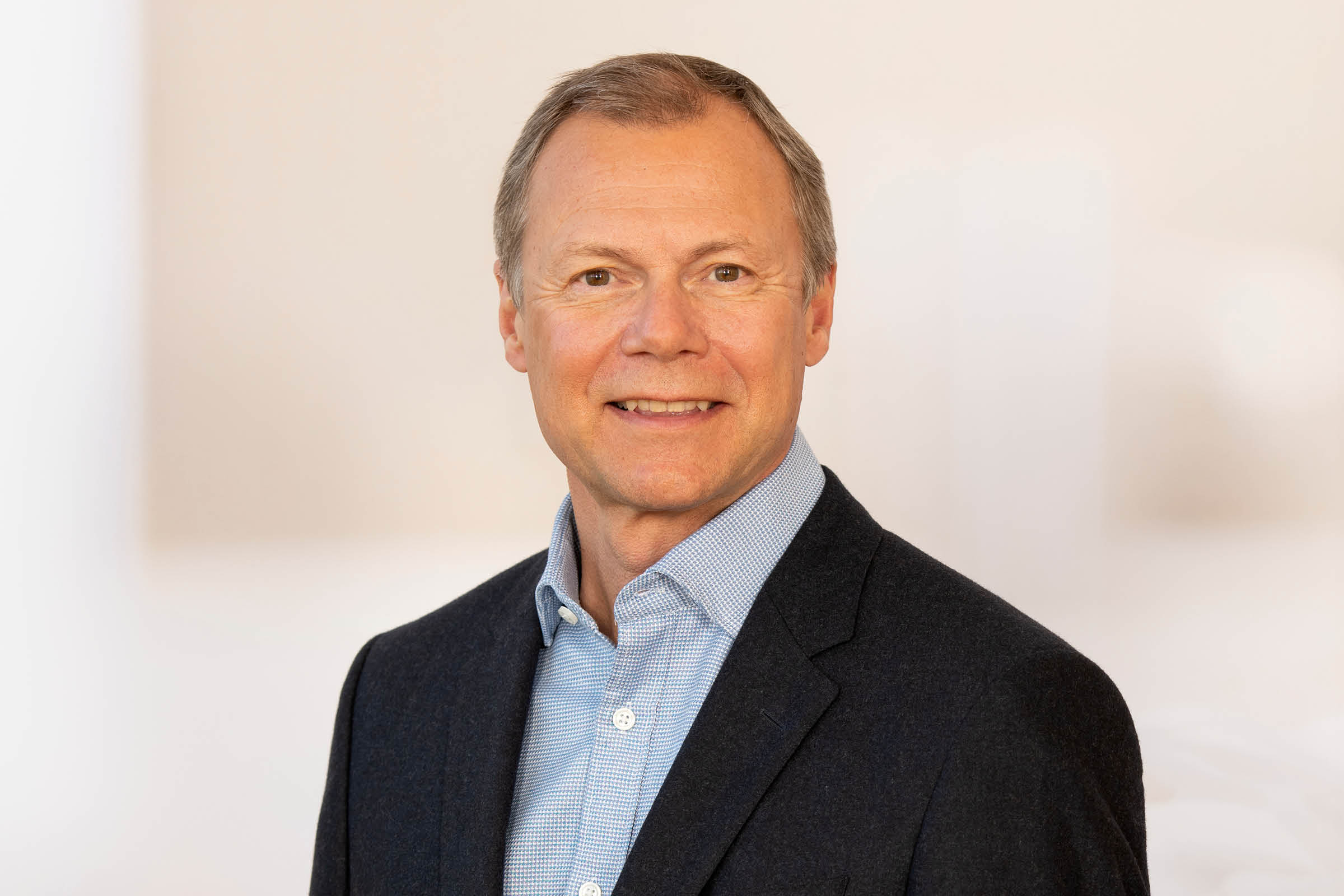 “A world without fragrance or taste would be like seeing the world in black and white,” he says. “Two of our basic senses, smell and taste, need to be delighted, so what we at Firmenich create are moments of consumer delight.” In fact, four billion consumers around the world experience the company’s fragrance or taste solutions every day through the consumer products of its customers.

The 125-year-old company is a leader in a field more hotly contested than you might expect. “We’re number one in the world in two of the businesses we operate in: fine fragrances and ingredients, which go into both flavours and fragrances,” he explains.

Imagine your favourite beverage or the fragrance you like to wear; the way it tastes, the way it smells. “That’s what we make,” he says. “We make the scent and taste experience for a multitude of consumer products, for multinationals and local players alike.”

Paul likens the work of Firmenich’s creators to chefs in a kitchen full of ingredients. “The world’s best chefs love to work with the best ingredients,” he says. “You put that combination together and you have wonderful cuisine. That’s what our perfumers and flavourists do.”

Just as the company is a veteran of the industry, Paul is a veteran of Firmenich. “I’ve spent pretty much my whole career here, 36 years in total,” he reflects. “I’ve never looked elsewhere and the reason for that is because Firmenich is a benchmark for quality, sustainability and creativity in this industry. I’m lucky to have had a career in such a leading company.” 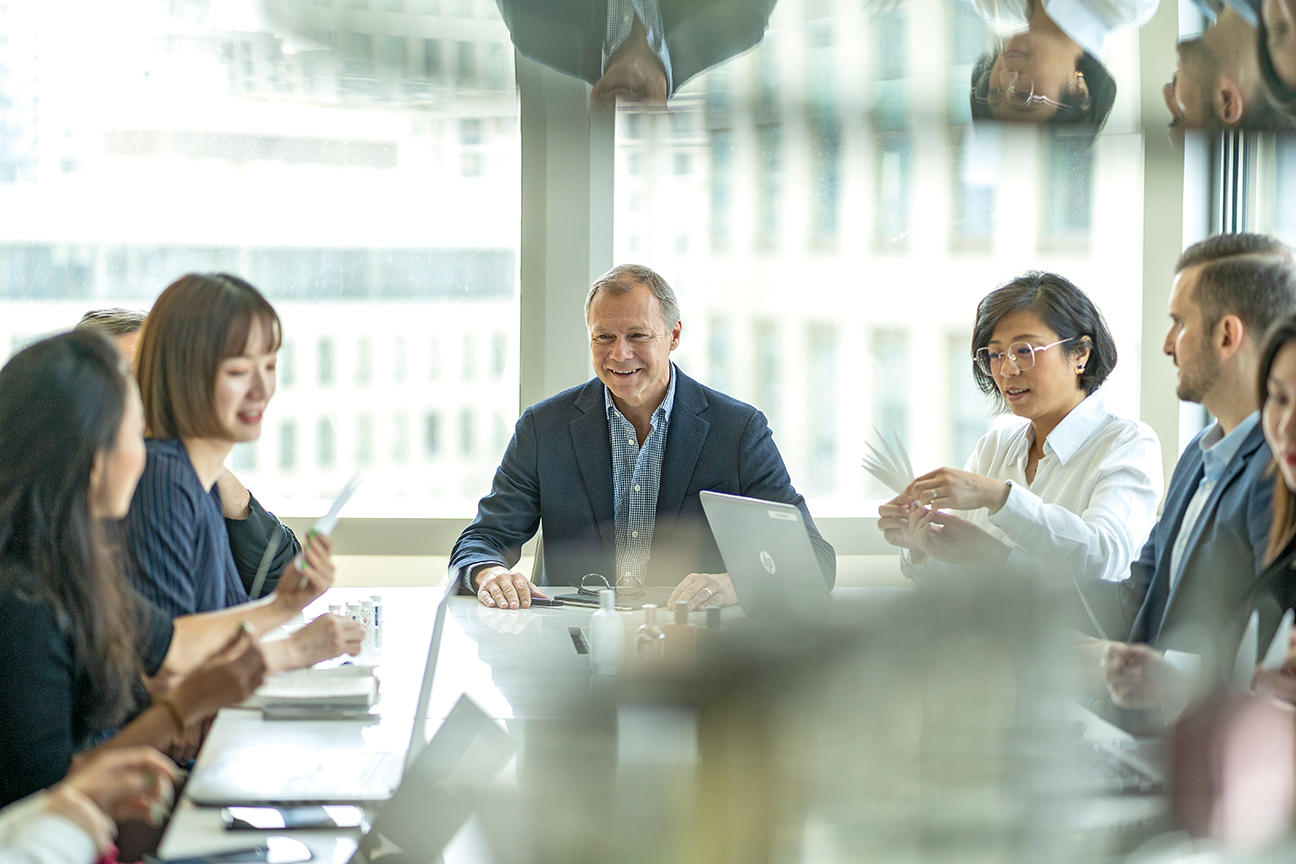 “China is one of the markets, if not the key market, in the world driving unique digital transformation.”

In 2019, Paul was appointed President of Firmenich China. As one of the company’s most seasoned and senior leaders, he was entrusted to expand the company’s second largest market. Such is its faith in the nation’s commercial potential that, in the same year, the company opened the world’s largest flavour manufacturing plant in Zhangjiagang, as well as its first fine fragrance atelier in Shanghai.

“The opportunities for growth in China are endless,” Paul reveals. “Firmenich has developed a new operating model unique to the China business, one in which decisions are made with local considerations in mind and supported globally through capabilities.” This cuts down on decision-making time, he says, and puts that decision-making into the hands of those who best understand the market.

“It’s only when you come here that you see how quickly things change,” he says of the Chinese market. “You step outside the local ecosystem even for a moment and you’ll lose the pulse of the market.”

After the US, China is the world’s number two market for scent and taste, but Paul believes it has the potential to take the lead. “There’s no one Chinese consumer, there are many, many different types, and we invest huge amounts of resources to understand exactly who we’re selling to.”

A unique element of the Chinese market is the number of startups that are looking to do business with Firmenich. “For example, there are many Chinese companies using plant protein to create meat substitutes, but they have to look, cook and taste like meat, which is where we come in,” Paul says, adding that it’s not simply a matter of taste; texture solutions are a vital part of selling the experience too. “There is a strong demand for Firmenich technologies for creating other health-conscious products in the area of sugar and salt reduction.”

China’s vastness means there is a healthy and, according to Paul, largely untapped mixture of startups and smaller players beyond the big cities, particularly in the south. “These small businesses have the potential to become very, very big,” he predicts. “And the West is also, for many businesses, untapped, so we have a geographic strategy to make sure our footprint covers the whole of China and all potential customers.”

Innovation specifically designed for the Chinese marketplace is one of the pillars of Firmenich’s approach in the country. “We’re the only company in the industry to have fundamental research on the ground here, co-located with the business,” Paul confirms. “We have more than 50 scientists working on consumer-relevant technologies for China and beyond. They are given state-of-the-art equipment and conduct cutting-edge research relevant for Chinese consumer needs.”

Much of this team consists of local talent. “There’s so much talent in China. We want the best to join us, and we invest in developing and retaining them. Just like with our decision-making, we localise our innovation systems and tools, and how we design products for Chinese tastes. That’s fundamental to our strategy.” 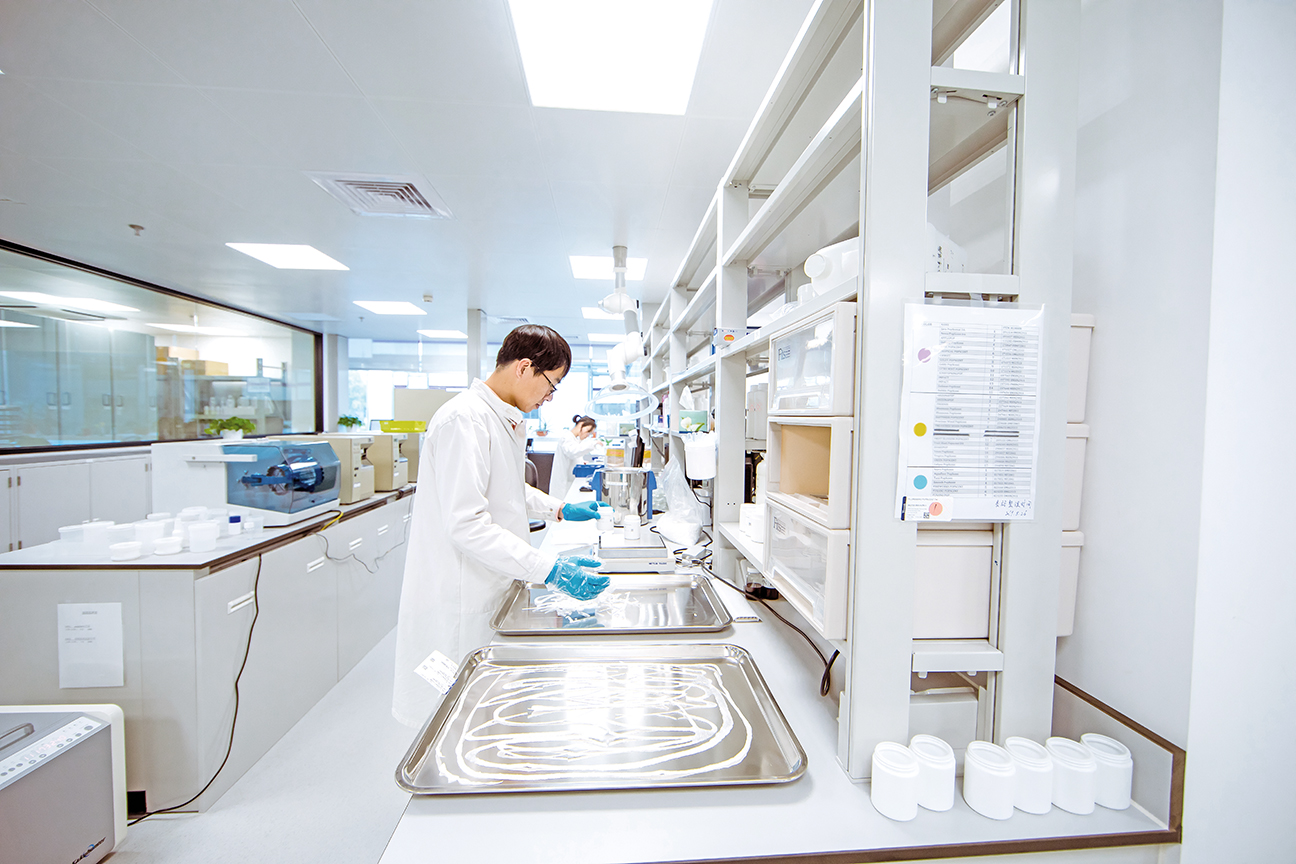 Firmenich tackled that issue head-on by creating and launching an industry-first range of laundry products fragrances incorporating artificial intelligence last year at the China Cleaning Industry Association in Hangzhou. “We’ve got 50 years of science, consumer data and fragrance-creation data that we’ve captured for our perfumers and flavourists,” Paul explains.

The company has dubbed the process “augmented creation”. “You still need human creativity and insights to drive fragrance creation, but it’s a very efficient way to give the perfumer a starting point so they can focus on the creative flair,” he insists. Paul believes it will become a core part of the way Firmenich does business in the future.

At the same time, the company has been the first in the industry to branch out into the business-to-business ecommerce space. “We launched our e-shop on Alibaba three years ago, but we’ve also partnered with them in what’s called consumer to manufacturer,” he adds.

C2M provides businesses with consumer insights captured through big data by platforms such as Alibaba. “Those insights are then translated into ideas for products, for which we can create the flavours and fragrances.”

In addition, sustainability is at the heart of its operations. “ESG was a part of the Firmenich DNA long before it became a trendy term,” Paul says. “We’ve eliminated single-use plastics in our company in China, and we’re one of only two companies in the world to receive a triple-A rating in the Carbon Disclosure Project for three consecutive years.”

Paul believes the future of the business lies in sustainability. “Renewable, biodegradable, nature positive – these are solutions consumers are seeking more and more,” he stresses. “And this fits perfectly with our DNA. We’re in the business of creating positive emotions to enhance wellbeing naturally. That is our purpose.”

Paul insists none of this would be possible without his team. “No leader can ever win alone. Humans love to be part of a winning team; there’s nothing better emotionally. It makes people feel good, but there’s also a pragmatic side to it – the more you win, the more you can invest in the future and keep the cycle of growth,” he says.

As a leader, Paul feels it’s his responsibility to bring out the best in the people around him. “I try to surround myself with people who have complementary skills to mine,” he says. “Everyone has something unique to bring, so I try to generate a sense of confidence that allows them to do so.”

It’s clear the world has developed a taste for Firmenich. “The recipe’s working,” Paul beams. “But we can’t rest on our laurels. China is so fast-moving. I see many more opportunities than challenges ahead.” 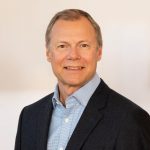