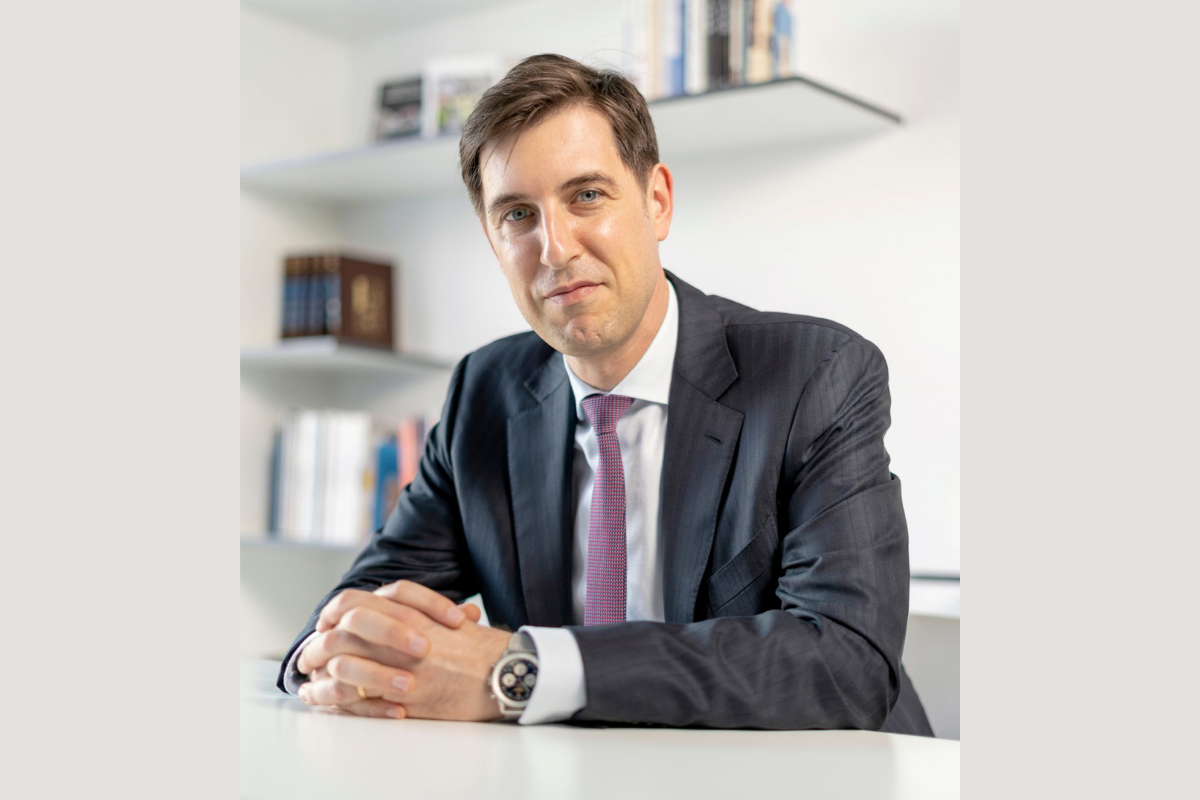 Pierre Boitard’s career with Plastic Omnium is the ultimate story of a university internship come good. As a student at business school in France, his studies required on-the-job experience, preferably undertaken in an international environment. That’s how he ended up in the finance department of the French automotive equipment manufacturer’s Clean Energy Systems division in Korea in 2003. “Not long after I arrived, the CFO left,” he says. “I worked hard during the interim and ended up with the role upon graduation.”

What was meant to be a few months has turned into 18 years, save for a stint at Tokyo’s AGC Asahi Glass between 2008 and 2010 to “see something else”, as he puts it. From Korea, he moved to Japan and then China and back again. As he’s climbed the corporate ladder in the family-owned company, he has held positions such as Finance Director Asia, Managing Director of Japan and South-East Asia, and Vice President of Quality and Safety – a role that saw him return to home soil.

In September 2020, however, he moved back to Asia as the President and CEO of the company’s operations in the region, a position that sees him based in Shanghai. He says it was a move that felt natural. “I think it did for the team here as well,” he says.

Pierre has witnessed more than one business cycle during this time and experienced expansion in both a geographical and mergers and acquisitions sense, with much of his early work in Japan and Korea involving integrating domestic acquisitions into the business. Yet the current phase the company finds itself in is completely new: “the very fast technological transformation” of an industry phasing out fossil fuels in favour of green alternatives.

But being positioned at the forefront of change in the automotive industry is nothing new for Plastic Omnium. “Sustainability isn’t something that emerged yesterday,” Pierre says. “It has been with us for much longer than that.”

He points to the innovations that have helped to reduce carbon emissions of vehicles since the company was established in 1946: between 1950 and 1980, the weight of a core product, plastic bumpers, underwent ongoing adaptation. In 1986, lightweight and high-performance fuel systems were unveiled for the first time. Today, intelligent materials such as body panels made from composites can bring down CO2 emissions to five grams per kilometre.

Around the globe, Plastic Omnium has a presence in 25 countries, with 31,000 employees and 135 plants. There are also 25 research and development centres, including seven in Asia, charged with innovating new technologies such as hydrogen mobility, a new division that counts more than 300 employees. It has seen an investment of €300 million (US$343 million) since 2015 and has a target revenue of €3 billion (US$3.4 billion) by 2030.

Pierre acknowledges that the company is not as vocal as others on the topic of sustainability. “Instead of making lots of noise, we prefer to announce concrete strategies,” he says. In December 2021, CEO Laurent Favre unveiled a road map for carbon neutrality by 2050. Along with optimising its environmental footprint at production sites to bring direct emissions to zero by 2025. The road map also places the continual innovation of solutions that support its customers as they shift towards sustainable mobility solutions, such as smart bumpers, tailgates and high-pressure fuel tanks for plug-in hybrid vehicles, as well as complete hydrogen mobility solutions, such as high pressure vessels, fuel cell systems and stacks, meeting the needs of all mobilities, from automotive to bus, train and aeronautics.

Pierre, who has been based in both France and China during the COVID-19 pandemic, believes that if anything, the crisis has confirmed to him just how strong the company is. “Our people are amazing in their capacity to learn, to adjust, to react,” he says. “It demonstrates the level of resilience of our teams.”

And while he knows that the pandemic was impossible to predict, he also appreciates that Plastic Omnium’s ability to anticipate has helped negate the obstacles. “You can’t anticipate every crisis, but we have an organisation that is always ready, that has experienced different situations and has the mechanics to react and direct,” he says.

After all, it’s par for the course in his line of work. “As a general rule, the first industry to get hit by a crisis is usually the automotive industry.”

“During our association with Philippe Rizzo, Vice President Purchasing, we have learned the best global practices from Plastic Omnium, which has resulted in our overall growth. The keys to our joint success are safety, Innovation and adherence.” – Satbir Banga , CEO, Victora Group 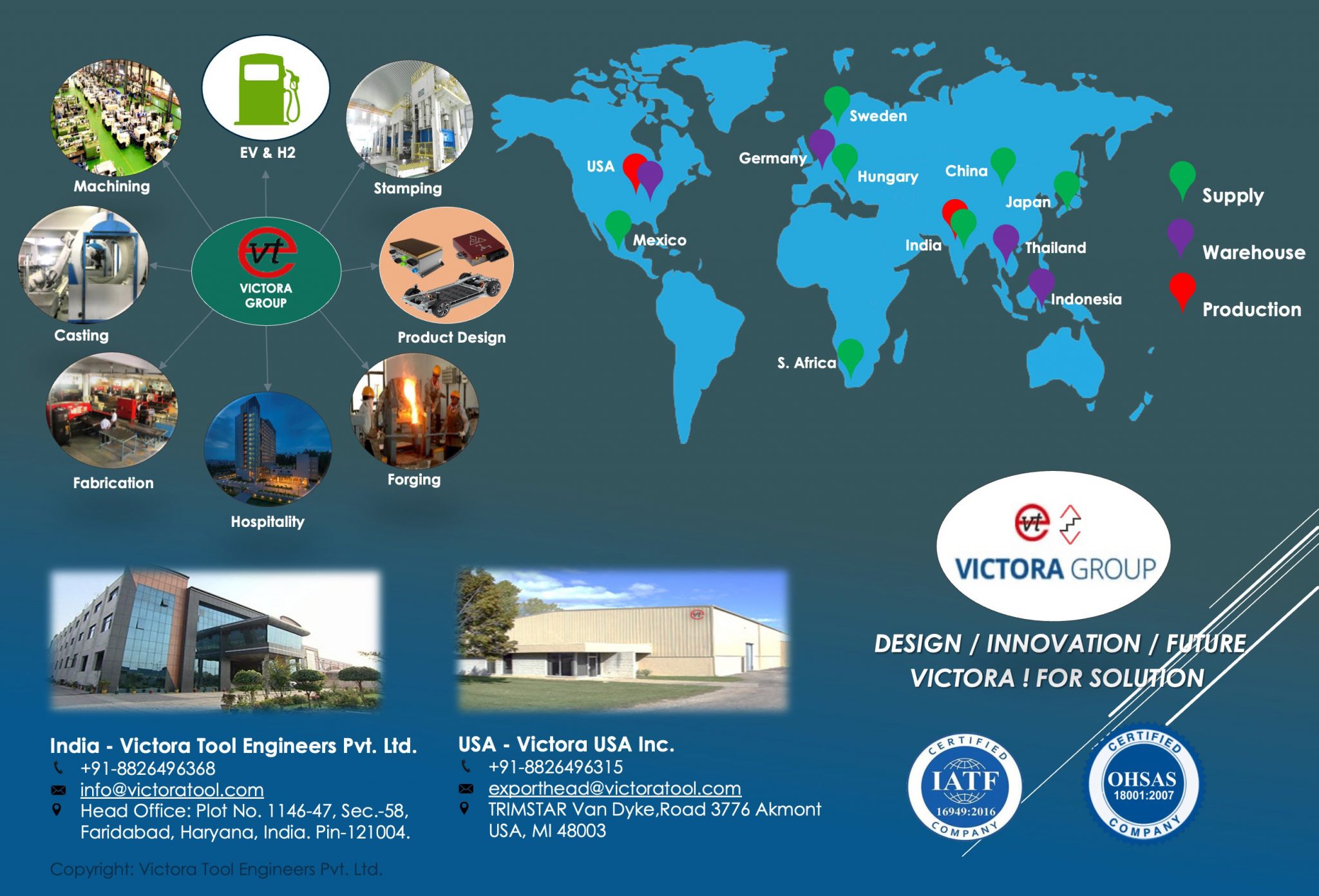