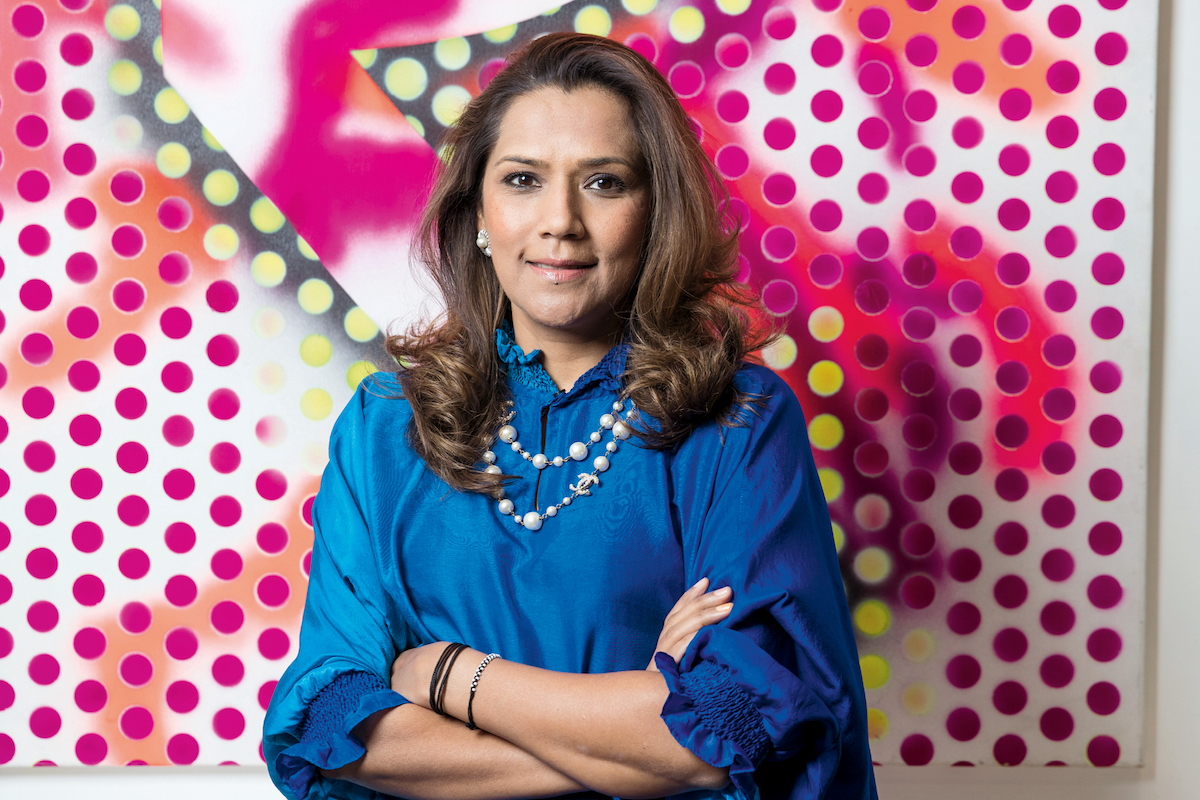 Pooja Jain Gupta never intended to take over from her father at Luxor Writing Instruments, one of India’s largest stationery and writing goods companies. But being the daughter of a super successful self-made entrepreneur, it was probably inevitable. “I had no plans to work in his business,” she laughs. “But I idolised my father. He was, and is, my hero.”

Pooja’s father, the late DK Jain, founded the company in 1963. He built the business brick by brick, she recounts, and with just INR5,000 (about US$66.50). The man had passion, and it’s clear that he passed on that passion to his daughter.

The trip of a lifetime

It wasn’t until Pooja took a business trip with her father that her interest in his work piqued. “I was in my last year of school, entering college, when I decided to go on a business trip with him,” she remembers. “It wasn’t intended as such. He was going to a stationery fair in Japan and I had just intended to visit Japan anyway. I accompanied him to the International Stationery Industry Fair, and it was only then that I realised what kind of brand my father had built – not only as a company, but also as an individual. He was very well respected in the global industry.”

It was a trip that changed the course of her life. From then on, having seen her father in his element, Pooja knew she had to follow in his footsteps. “I came back thinking, ‘I have to work with my father.’ I began to show an interest in Luxor, but he was a typical father,” she sighs.

I was working when my friends were going out for lunch and parties. But I don’t regret it because I think of what I gained and the value it added to my life.

And, as a typical father, he put Pooja to work. She may have been the Founder’s daughter, but that doesn’t mean she had it easy. In his ideology, he always wanted his children to work hard, prove themselves and not expect the business on a silver platter.

“He never wanted anyone to take the opportunity for granted,” she explains. “He was in love with Luxor. It was his first child.” DK was an unusual person, Pooja reflects. As an entrepreneur, he showed no preference between his children. He had no gender biases and gave all his children an equal opportunity.

“He always told us, ‘Whoever shows an interest in business and works hard, that person will go far, and there will be no boundaries for what they can achieve,’” she shares. But he certainly made sure that whoever did out of his children, would be capable of the hard work, dedication and leadership that he had demonstrated himself in his company. When Pooja expressed her desire to work with him, DK started her as a trainee working a few hours after school.

“After I entered college, I worked half-days. I spent time in the sales and marketing department, and in the import department as a trainee. I was working in different departments for three months, then six months, always with an assigned role and a job to do, reporting to different heads of departments who were professionals,” she says. It’s not an exaggeration to say that Pooja worked her way from the bottom to the top. “I’m really proud of that,” she smiles.

“I really believe I learned a lot from the ground level. I went through the whole grind of marketing, sales, production and selling off the counter at a retail store in the UK. I did the work and I loved every part of it.” That suited her just fine because, from a very early age, Pooja has had a strong sense of purpose. “I was working when my friends were going out for lunch and parties,” she recalls.

“But I don’t regret it because I think of what I gained and the value it added to my life today. It would have taken me much longer if I had started later. “I remember my father’s conversation with me was always about getting trained in the business from the bottom up. He always said that when you work at the office, you should never consider yourself as the owner or the owner’s daughter, and that this approach would go a long way for me.”

It wasn’t until DK began to see the value that his daughter was bringing to his company that he began to allow her to move up the ladder in different positions. But in 2014, he passed away very suddenly. At that point, Pooja was a Vice President. 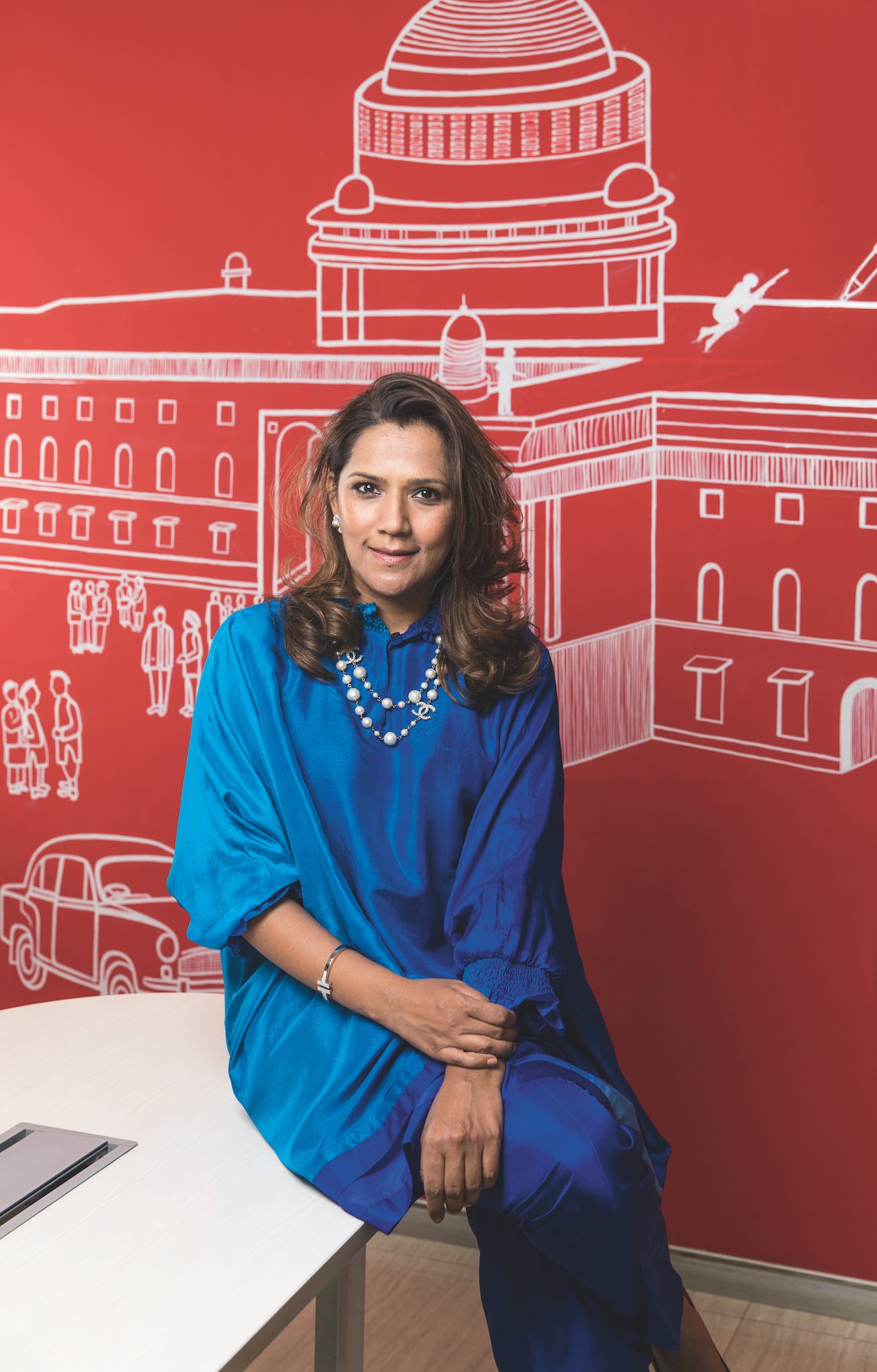 “By then, I had started taking care of the business. The group had diversified, and my father had begun to spend more time in the new business space. I was aware of all those investments, but I was very hands-on in the writing and stationery business. He had taken a step back from that part of the company a few years before he passed away,” she reveals. By then she was in full charge of Luxor’s writing and stationery sector.

“Everybody knew it,” she says. When DK passed, he left his entire estate to his wife Usha DK Jain who became the Chair of the business. “And my mother, with a great deal of confidence, made sure that the only person who would be able to lead would be me because that is what my father always told her in his lifetime,” Pooja shares.

“So, I was nominated as Managing Director of Luxor Group’s writing and stationery business. Even though I knew it was coming, it was still a big shock as I hadn’t thought it would happen this way.” From that point on, Pooja never looked back despite the ocean of responsibilities and challenges ahead of her.

And though it was solitary work in tragic circumstances, she managed to navigate her way through difficult times thanks to her father’s inspiration. “For the first few years, my personal life took a back seat. At the same time, I learned so much, so fast,” she says.

For me, passion and happiness at work is a spirit I live with, and I just love it.

Today, with lessons learned, Pooja is intent on continuing down the path her father set her – and their company – on. The Luxor Group has diversified into real estate and hospitality, and she oversees all of it with the guidance of her mother as Chair. The company’s latest portfolio addition is personal hygiene and household cleaning products under the name Luxor Nano. Think glass cleaners, and multipurpose and mobile disinfectants, all using nanotechnology.

It was a move her father had begun but one that, in our post-COVID world, has seen a very real, very sudden surge in interest from a newly health-conscious public. As part of her business journey, Pooja has also found contentment. “For me, passion and happiness at work is a spirit I live with, and I just love it,” she confirms. “I’m a firm believer in having a positive attitude in all that you do.”