Thinking outside the box: Rafael Simon 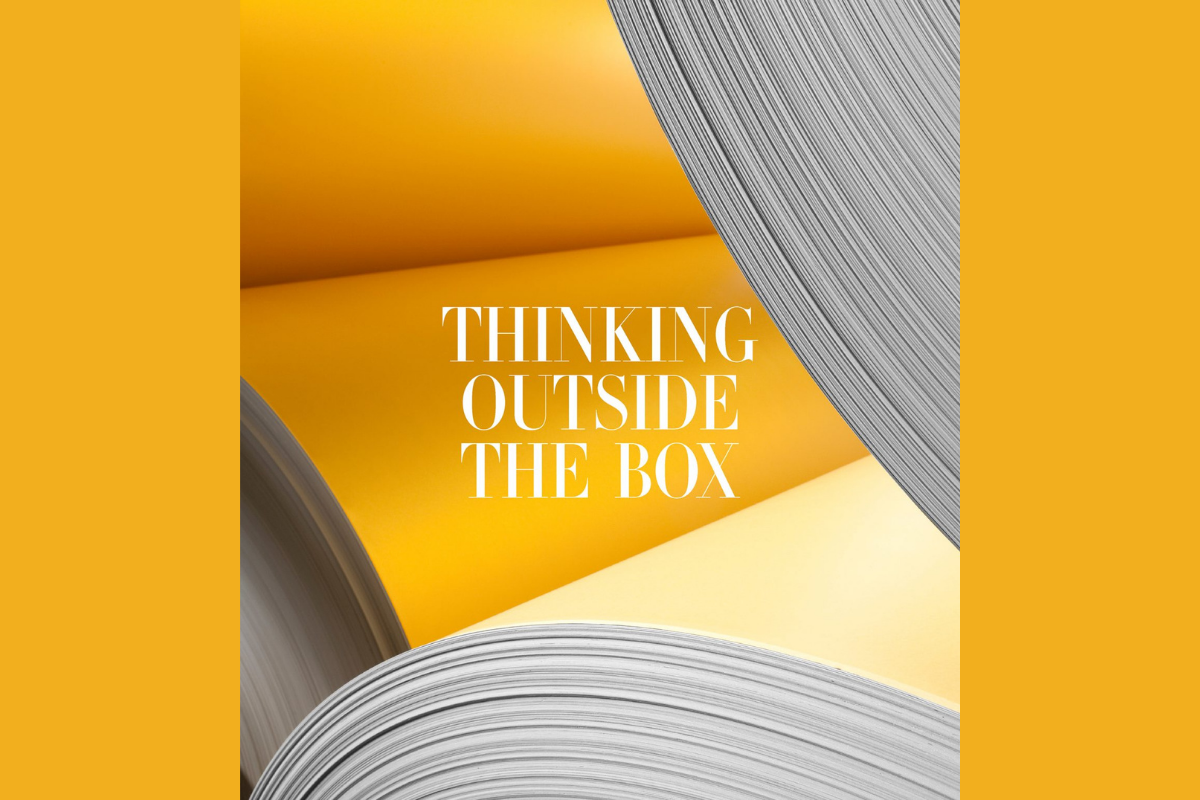 An iron-clad certainty of our very uncertain world is that we will always need toilet paper. Despite the bidet industry’s hopes and dreams, toilet paper remains one of the pillars of our society; an essential service if ever there was one. Indeed, the mere hint that toilet paper supplies may have been at risk was enough to send people into a frenzy in the midst of the COVID-19 pandemic – it’s just that necessary.

But as necessary as it may be, there are times when toilet paper isn’t enough. Such was the case 32 years ago, when the Meler Group, a toilet paper company in the Ecuadorian province of Cotopaxi, sought to diversify its output. A decision was made to break into harder paper and card stock, and to handle the production a long-disused factory in Cuenca was purchased and revitalised.

Placed in charge of this factory was commercial engineer Rafael Simon, the manager of Meler’s Latacunga toilet paper plant. “I came here to Cuenca specifically to start the factory,” he says. The plan was to put the factory to work manufacturing and marketing cardboard, paper and their derivatives. “This project, this dream, was very important in its time, but I had to start from scratch.”

Today, Rafael is Executive Director of Paper and Cardboard for Cartopel Group, the largest producer of cardboard in Ecuador. “Cartopel started with just the paper plant, nothing more,” he says. “Once we had the Cuenca factory up and running, we made cardboard. Later, we started making packaging paper and cardboard boxes. It’s been permanent growth since we began in 1990.”

The Cuenca factory is now a massive site that encompasses a paper mill and a corrugating factory. Cartopel also operates two additional corrugating plants at Guayaquil and Machala. Rafael says the company’s growth has been a response to a booming market. “I would say it’s been a measured growth with a lot of strategy,” he says. “In paper, we started off manufacturing 750 tons per month. Now, with the same machines, we produce 9,500 tons monthly. That’s a whopping growth.” 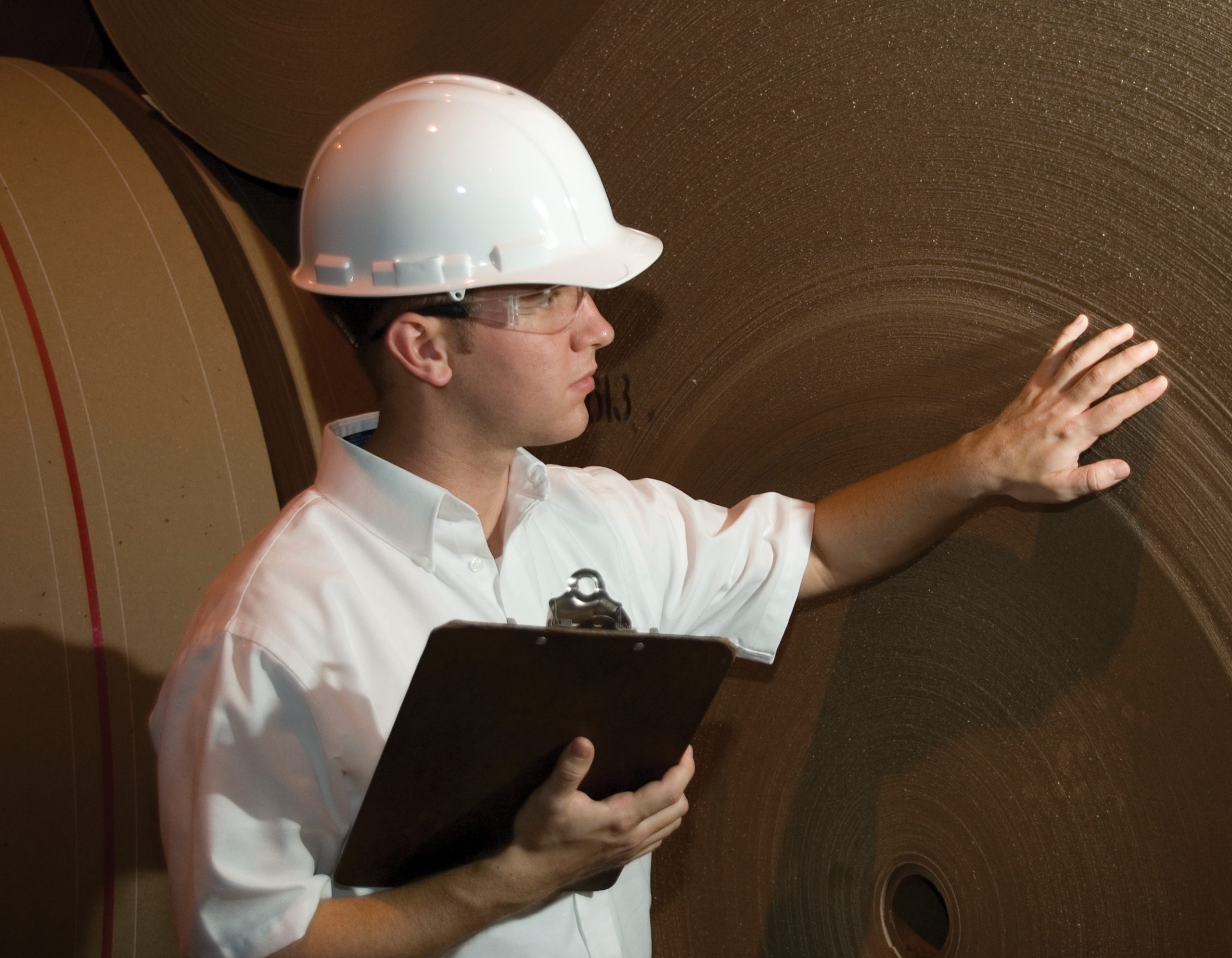 In paper, we started off manufacturing 750 tons per month. Now, with the same machines, we produce 9,500 tons monthly. That’s a whopping growth.

When the market presented Cartopel with the opportunity to produce cardboard boxes, the company jumped at the chance. “We started the box factory in 1992,” Rafael recalls. “We started very small, with a production of 1,200 tons of cardboard a month. Right now, we’re up to around 19,000 tons every month. That’s permanent growth.”

The driver for the growth is Ecuador’s thriving banana industry, which demands cardboard boxes. “Ecuador is a very small country, but its corrugated box business is so large,” Rafael says. “I think we have the highest per capita production of cardboard boxes.” While the US is the largest manufacturer of cardboard boxes in the Americas, Rafael says Ecuador falls between the third and fourth largest. “That’s all because of the bananas.”

Cartopel’s current infrastructure is so capable that Rafael says there are no plans for further plants. “Our plan is to continue to develop and grow with the market,” he says. “In a market this competitive – and Ecuador is very competitive in the cardboard box business – one must grow cautiously.”

With that in mind, the Cartopel Group has made the decision to constantly renew its plants and output to grow alongside demand. “We’ll never stop renewing ourselves,” Rafael says. “Our paper mill has reached almost its maximum level of production, but we’re always working on growth.”

The key to that growth is, according to Rafael, technology. “We constantly invest in improving company facilities in order to improve productivity,” he says. “If we fall behind the requirements of the Ecuadorian market even for a moment, that’s where we’ll stay.” 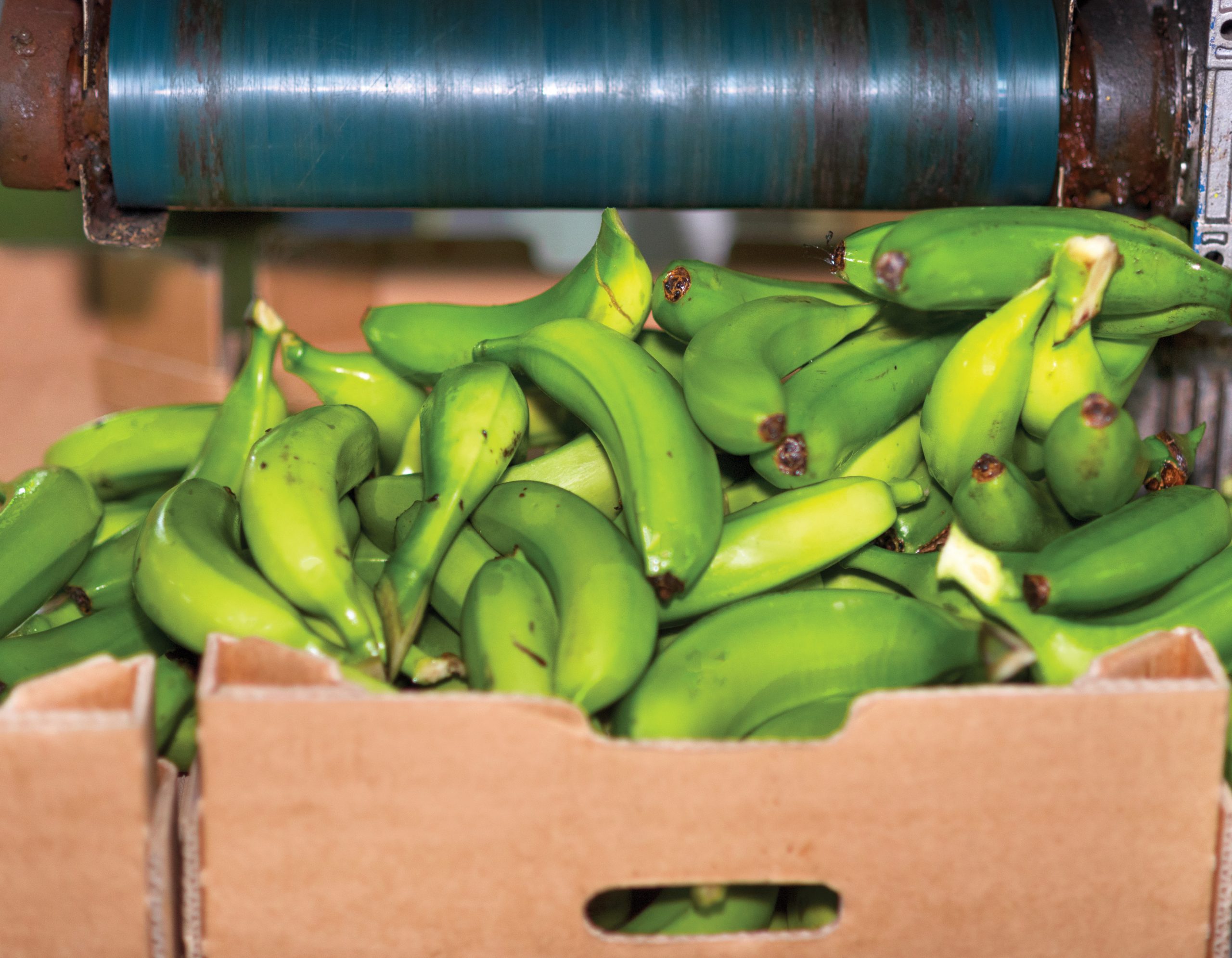 When we started out, Ecuador did not have the concept of service as it pertains to the provision of cardboard boxes. So we developed a strong customer service concept.

Of the many challenges facing a company looking to play in – and stay in – such a tough, demanding market, Rafael says customer service is paramount. “When we started out, Ecuador did not have the concept of service as it pertains to the provision of cardboard boxes,” he says. High demand coupled with limited infrastructure meant supply was inconsistent and insufficient. “So we developed a strong customer service concept.”

Now the central philosophy of Cartopel is customer service. “We exist to serve the customer,” he says. “We are always innovating so the equipment and the machinery is the latest and meets the changing demands; it’s all done for the service of the customer. You have to make the right impression, act with the right speed and provide the right products, and that’s at the heart of our company philosophy.”

The result is quality that stands among the world’s best. “The quality of cardboard boxes in Ecuador is among the highest in the world,” Rafael says. “You look at a box from 30 years ago and a box made today, the differences are enormous in terms of printing, design and build quality. That’s what the client needs: an eye-catching, well-built box at the right price.”

At the same time, Ecuador has become a highly service-oriented country on behalf of the entire cardboard sector. “And if you ask me what differentiates Cartopel from the competition, it’s our service,” Rafael says. “In Ecuador, there’s such a high level of competition among manufacturers when it comes to quality, when it comes to infrastructure, but service is where we can, and do, stand apart.”

And that is, of course, down to Cartopel’s people. “My personal belief is that Cartopel’s intention is to hire staff who will stay here with us for their entire career,” Rafael says. “And I also believe the greatest success we’ve ever had is precisely that; that there are people, executives, who joined the company 20-plus years ago and are still here. They’ve developed with the company. And we want them to retire in this company, so we make every effort to make sure we retain them and help them fulfill their goals.”

This is done through Cartopel’s “aggressive” training programs. “The training is permanent and not necessarily centered around manufacturing cardboard boxes,” he says. “In fact, we’ve provided many of our staff with the opportunity to study at university, to acquire degrees. I’m very proud of that.” 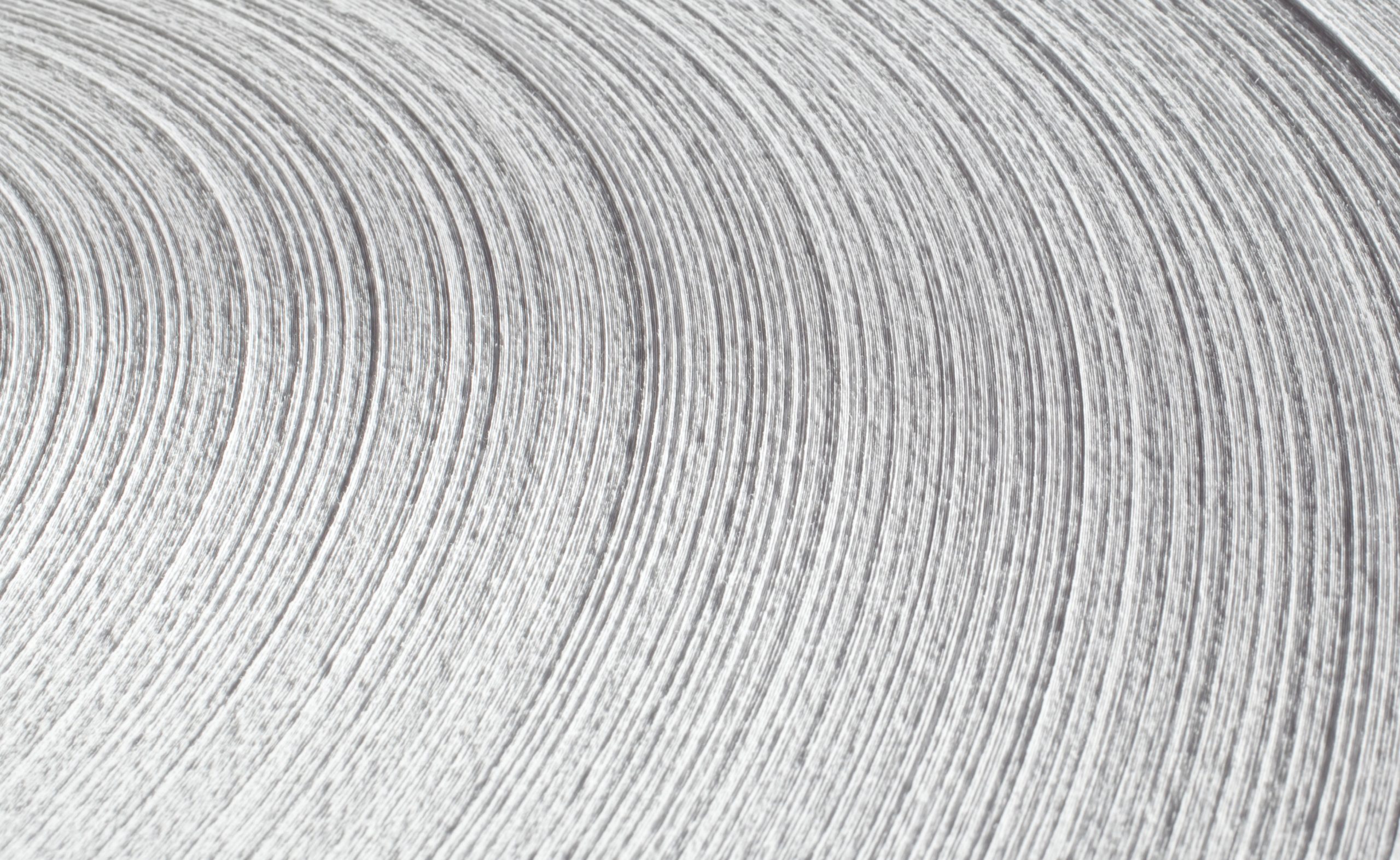 I learned early on what a good work philosophy looks like. I’m happy now that it’s part of my way of thinking and approach to life.

Cartopel also ensures that in filling executive roles, it chooses the smartest people in the room. “Hiring people smarter than you helps you develop,” Rafael says.

Development also comes from strong and beneficial partnerships. “Striving for firm business relationships is another important part of our philosophy,” Rafael says. “We have a paper ‘communion’ that gives us 50 per cent of what we need. The other 50 per cent, we import from the same three vendors we’ve had since the beginning – we’ve been absolutely faithful. We have formed a strategic alliance. That pays off.”

When COVID-19 appeared, the world was plunged into an unprecedented paper shortage. The loyalty of Cartopel’s suppliers brought the company through, Rafael says. “I’m proud of what we’ve achieved in terms of those relationships. If you’re loyal, it will always be good.”

The grandson of Palestinian immigrants, Rafael grew up in a hard-working family surrounded by struggles. In that place, he says, he developed the philosophy that has helped drive Cartopel to new heights. “I learned early on what a good work philosophy looks like,” he says. “I’m happy now that it’s part of my way of thinking and approach to life. I’m always growing, progressing. I never want to stand still. I have a passion to grow.” 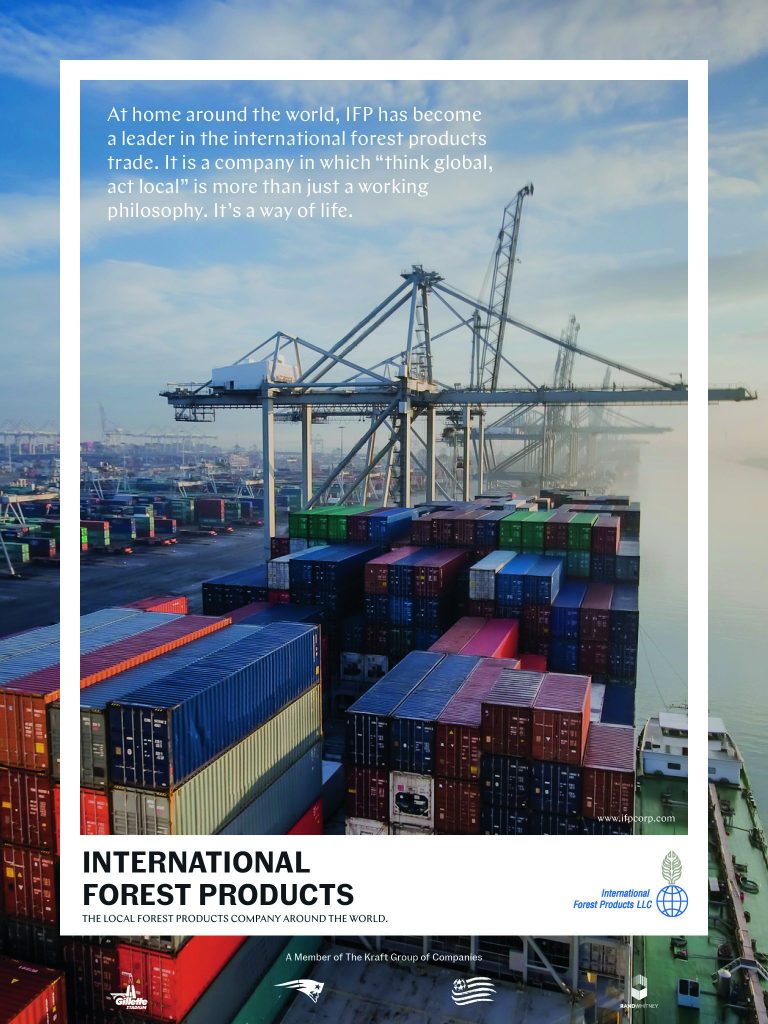 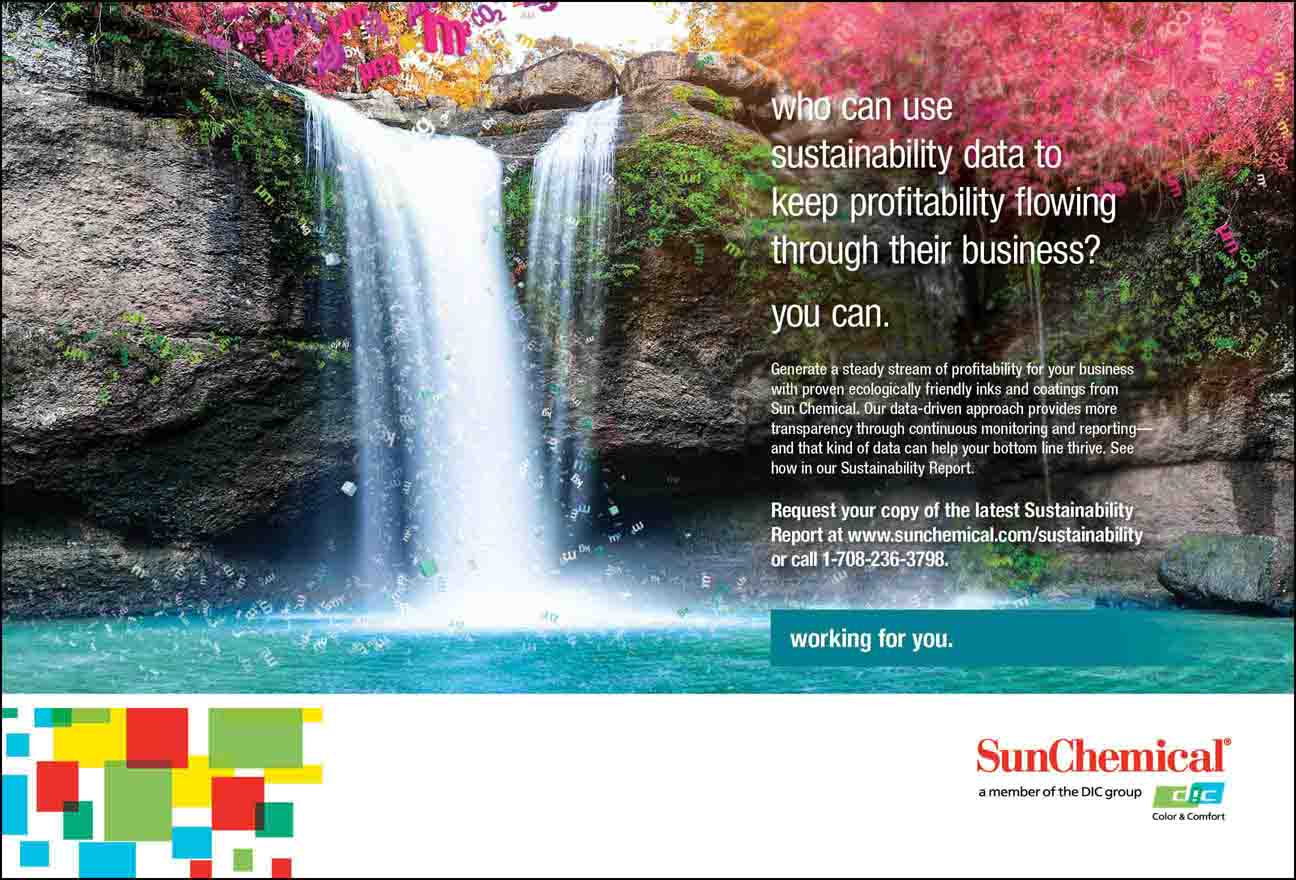