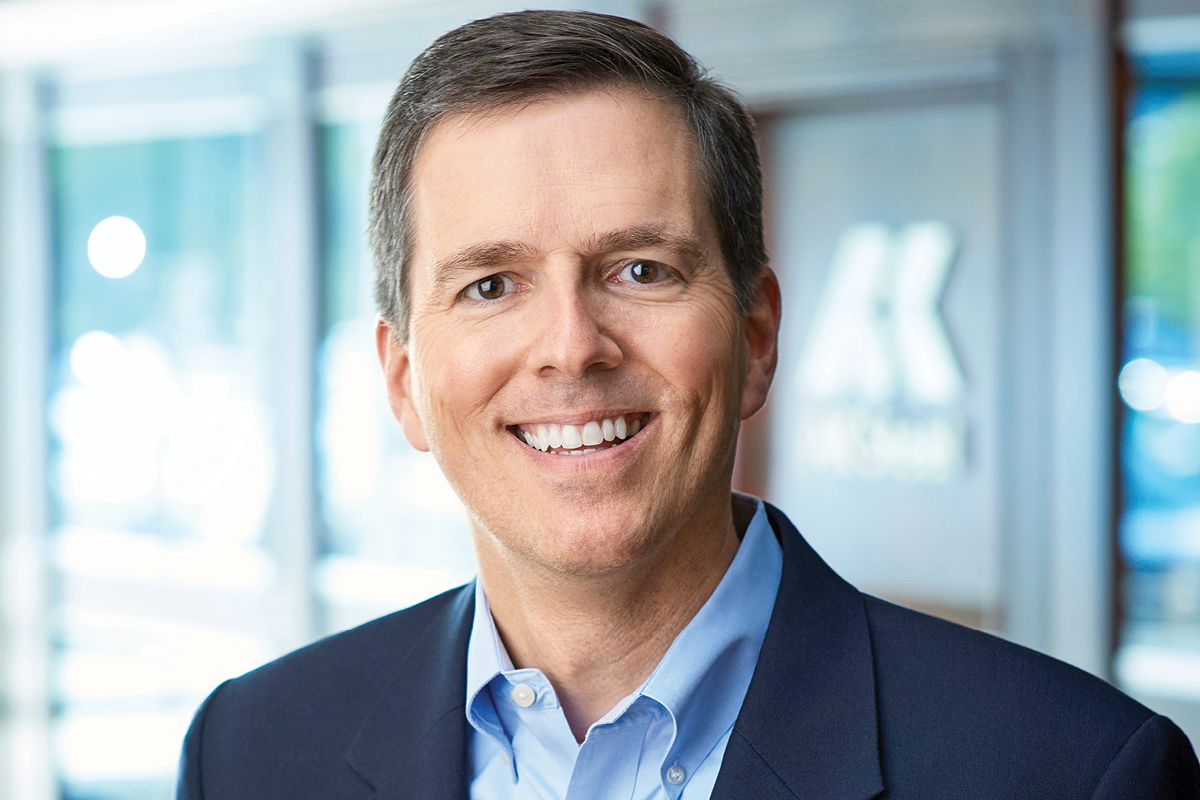 AK Steel CEO Roger Newport is good at handling challenging situations – an apt trait for someone working in the metals industry. “You’ve got to have a strong stomach to be in a cyclical business, especially the steel sector,” he says. “But it’s very rewarding and there’s never a dull moment.”

Dealing with strenuous situations is something Roger learned early in his career, prior to joining AK Steel. “I was working for a person who had physical challenges but he never let it get him down. He figured out how to overcome obstacles despite his physical challenges and always had a positive attitude. That helped put things into perspective for me about how to work with people and deal with tough situations. I learned that how you react is how others perceive it too.”

This person inspired and influenced Roger’s approach to leadership, one which he has adopted in his current position at AK Steel. “The key is your attitude,” he says. “Staying positive is key to motivating your team and moving your company forward.”

AK Steel produces a range of flat-rolled carbon, and electrical and stainless steel for the automotive, power distribution, infrastructure and manufacturing sectors. It is the only company in the US that makes electrical steel for energy distribution on the power grid.

Headquartered in West Chester, Ohio, with a 9,500-strong workforce, its manufacturing facilities are located in Alabama, Indiana, Kentucky, Michigan, Ohio, Pennsylvania and West Virginia, as well as in Mexico and Canada.

While the word innovation often conjures images of mega technology and software companies, Roger is proud of the ongoing advancements that have been made in steelmaking. “Most people don’t get to see the science behind steelmaking,” he says.

“It’s very innovative and has been dramatically changing, even in the few decades that I’ve been involved. Today, there are more than 3,500 different grades of steel and 75% of those did not exist 20 years ago.”

From its early use in weaponry to now being a mainstay in autos, appliances and infrastructure, steel has maintained its place as one of the most utilized metals in the world. Each grade of steel has different chemical, physical and environmental properties, enabling a plethora of applications around the world.

Roger highlights how AK Steel has focused on research and innovation to remain competitive both nationally and internationally. “We expanded our research innovation team by about 30% over the past three years,” Roger says.

“Inside our plants now, there are more technical jobs than ever before. It means our operators must have a good knowledge base because they are the backbone of making steel every day.” Further, working with the local union, the company established an in-house apprenticeship program to enhance the technical expertise of new employees. “We’ve also attracted people from all over the world to join our research team,” Roger notes.

“We’ve attracted people from all over the world to join our research team.”

In 2017, AK Steel opened a US$36 million research and innovation center in Middletown, Ohio. The center is equipped with 22 collaborative spaces and 34 laboratories to design and produce new steel products. “We can bring our customers in to see the entire steelmaking process – how it is melted, rolled and tested – on a very small scale, under one roof,” Roger says. “It’s a great resource center designed for collaboration with our customers, whether they’re from technical or engineering backgrounds.”

Roger believes that being innovative leads to the strategic long-term growth of any business. “Our goal is to come up with a product our customers don’t even know they need yet,” he says. “Our products have to create a win–win situation. They have to meet the needs of our customers and give them a return on their investment.

“Collaboration is fundamental to working with suppliers as well. From our raw material suppliers,
to manufacturing and financial services, we work together focused on a clear strategy to bring our innovative products to the marketplace.”

He adds that AK Steel has plans to expand into new markets and develop more innovative products in the future. “We want to continue to transform our steelmaking operations into being even more competitive,” Roger says.

Entering partnerships is one way that AK Steel has been strengthening its innovation objectives. The company has even been working with the US Department of Energy on research initiatives for steel. “We have received three research awards from them,” Roger says. “One of them is to develop more efficient electrical steels, whether it’s for electric vehicles or for electricity distribution.

This is really a sustainability issue. The more efficient our steels are to help move electricity through the system, the less energy needs to be generated at the starting point.”

In 2017, AK Steel acquired stamping company Precision Partners. This has contributed to its steelmaking capabilities. “Precision Partners takes flat-rolled steel and stamps it to make all kinds
of components for vehicles,” Roger explains.

“What we’re able to do is take the steels that we’re currently developing in our research and innovation center, run them through Precision’s facility and go to our customers with a finished part. It really differentiates us in the industry.” 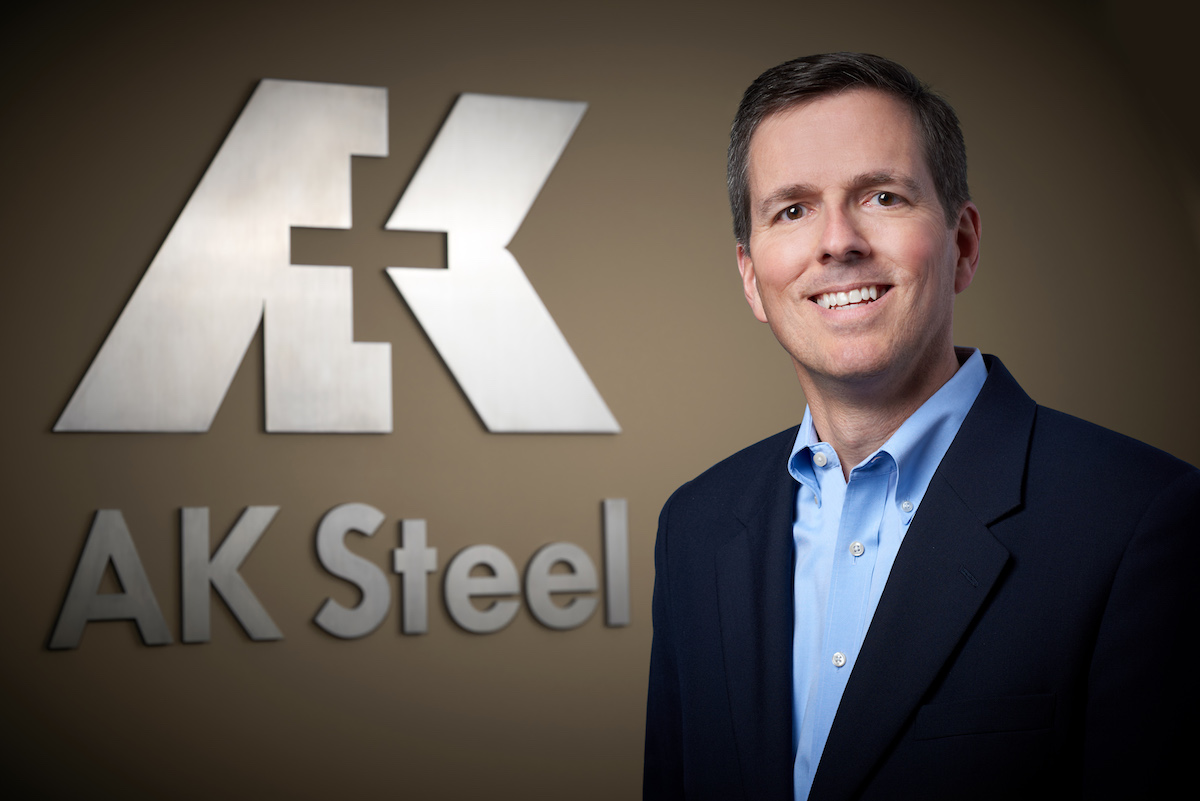 AK Steel’s history began with the creation of the American Rolling Mill Company (Armco) in 1899. Over the years, Armco created innovations such as the steel mill rolling process and electrical steel, and, in 1910, it developed the first research department in the US steel industry.

Roger first joined the company in 1985, drawn to it because of his fascination with the steelmaking process. “While I have a finance background,” he says, “what really interested me was being involved with a company that makes things for everyday use – in creating something from the raw materials to the steel products that go into a lot of applications.”

Once at AK Steel, Roger got the chance to work on both the operations side and the sales and marketing side of the business. “Getting the whole scope of the business – seeing where our products go, meeting with customers and seeing that end-use application – was a great experience for me. I’ve been with the company for nearly 35 years and I still learn something new every day.”

When it comes to the organization’s internal operations, Roger uses the analogy of everyone rowing the boat in the same direction. “It starts at the top with clear and regular communication of our company’s strategy to all our employees,” he says. “We want to make sure everybody understands what we’re doing and where we’re going. That way, we’re all aligned.”

Roger further mentions the company’s willingness to listen to staff member suggestions. Its senior executives have a responsibility to tell employees whether they will implement a certain suggestion or not, depending on its alignment with AK Steel’s broader objectives.

“It’s really important that we have everyone aligned and that we’re executing our strategy as quickly as possible. That is true whether we’re working with our customers or suppliers. We want to make sure we’re all rowing in the same direction with what our customers need, what we need to do as a business and what we expect of our suppliers.”

One of the biggest challenges the company faces is overcapacity in the steel industry. It is a global issue, driven largely by the huge Chinese manufacturing levels. China is the world’s largest producer of steel, accounting for more than half of the world’s supply.

In 2018, it produced 928.3 million metric tons (MMt), far outpacing the next largest producers, India (106.5MMt) and Japan (104.3MMt). The US sits in fourth position, with 86.7MMt produced in 2018. Recently, China’s capacity for production has increased far more than its rate of consumption, creating excess steel capacity. 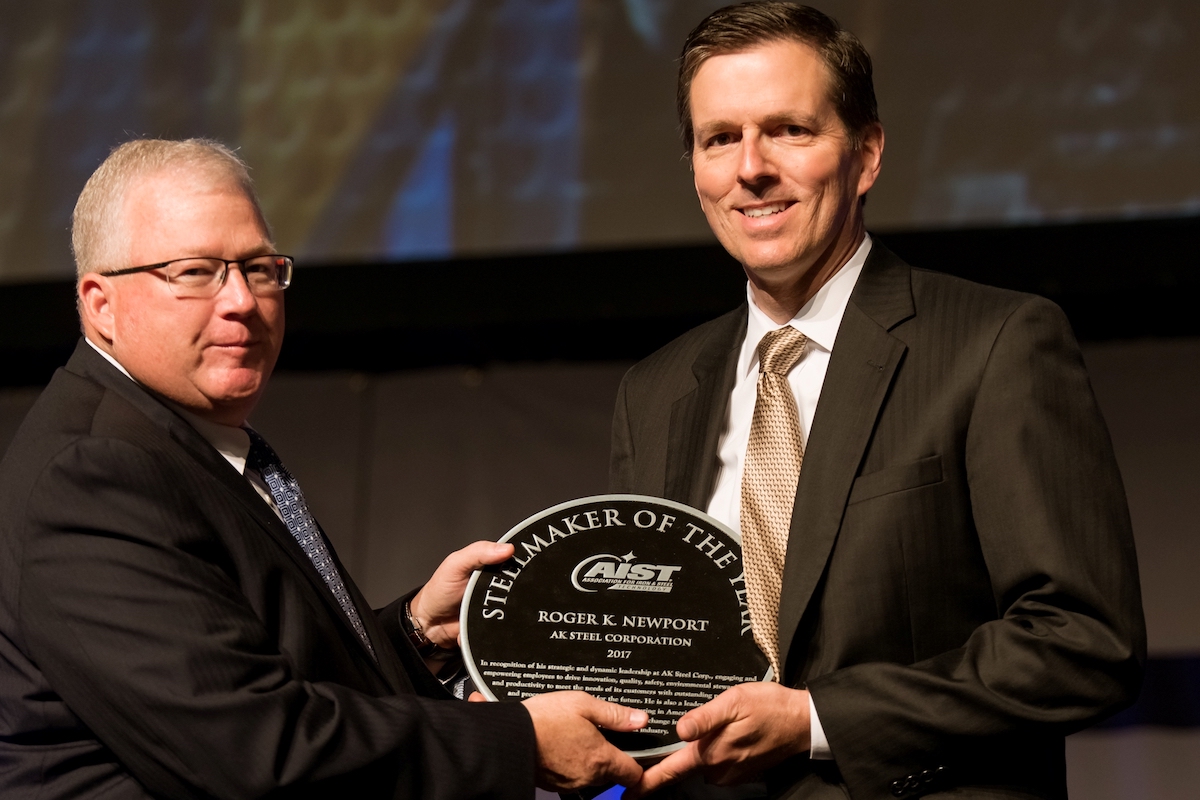 AK Steel has had discussions with a number of government organizations to address overcapacity. Roger commended the US government’s decision to put a 25 per cent tariff on all steel imports, announced in March 2018. “Steel has even received more attention at the G20 Summit because it’s really a global issue,” Roger says. “It’s about making sure that we have fair trade.”

Having been with AK Steel for more than three decades, Roger is proud of the team. “They inspire and challenge me with their talent,” he says.

“A lot of people have been in the business for a long time and they have a strong drive and passion to improve our company. It’s great to work with a team like that and to see that they’re pushing to make everything better every day, whether that’s within our company or even the communities where they work and live.”

Apart from the technical side of steelmaking, a lot of what Roger has developed over time is in regard to leadership. “If you enable employees to lead and take ownership of their roles – let them both succeed and fail – you will be stronger as a company,” he says. “Employees have a lot of great ideas. If you take their collective efforts and input, you will come out with the best decisions versus having a single mindset.

“I believe in challenging employees to show me what they can do,” he continues. “I’m not an expert in every area – I never will be – but if you get the right people in the right places, that will help move the company forward.” 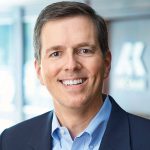