One of the oldest family-owned industrial companies in the world, Prym Group was originally founded as a brass and copper manufacturer in the town of Aachen on the German–Belgian border in 1530. Today, the company remains headquartered in Germany but boasts some 3,300 staff across over 30 locations globally, and revenues of €380 million.

Prym Group’s reputation for high-quality metal products remains, and its services are divided across four segments to serve a wide range of markets, supplying everything from sewing needles and metal fasteners to electronic components for industries such as handicraft, home decoration, clothing and textiles, and technology.

Prym Group CFO Stefan Hansen joined the company in 2010, first heading up the fashion division as CFO in 2012 before being made Group CFO two years later. Stefan talks to The CEO Magazine about how he’s led the company through a “triathlon” of challenges and its plans for future growth and digitisation.

The CEO Magazine: Please give a brief summary of your professional experience and how you came to be CFO at Prym Group.

Stefan: A fascination for rescuing companies in critical situations brought me to Struktur Management Partner, a mid-sized consultancy based in Cologne that specialised in turnaround management.

After my first child was born, I decided to jump into the amazing world of industry companies, joining Prym Group seven years ago. At that time Prym Group was in a difficult situation, and after working on some turnaround projects in Romania and Mexico I joined the management board of the fashion segment. Then, following a change in CEO at the company, I joined the Holding Management Board, first as Chief Performance Officer and later as CFO.

How did the early years of your career impact how you work today?

I’m not a typical CFO coming from auditing or finance positions. I like to think entrepreneurially and understand my role as a service provider for the operating units, supporting them to focus on business and to improve their efficiency. I suppose
this is a result of my time before Prym Group.

Since becoming CFO of Prym Group in 2014, what have been some of your proudest achievements?

The role of single managers is often overestimated. We have a strong finance team, which we have renewed in recent years, and they do a great job, especially in the refinancing process we started in 2014 and completed 12 months later in the summer of 2015. And that’s what has made me very proud, to build up this team.

What have been some of the challenges and how have you resolved these?

Prym Group faced a ‘challenge triathlon’: first, to achieve a turnaround in 2013; second, to refinance in 2015 and therewith to build up the fundamentals for the future; and last but not least, our current challenge: growth. So, depending on which kind of challenge, from my point of view, the key factors in resolving these obstacles have been the drive to improve situations, having the right team and also clear communication.

How would you describe your leadership style?

I believe everyone acts based on their values. My values are characterised by openness, a desire for improvement, lifelong learning, self-responsibility, and accountability. I try to move forward and to be a paragon for my organisation, as I try to be for my four children. 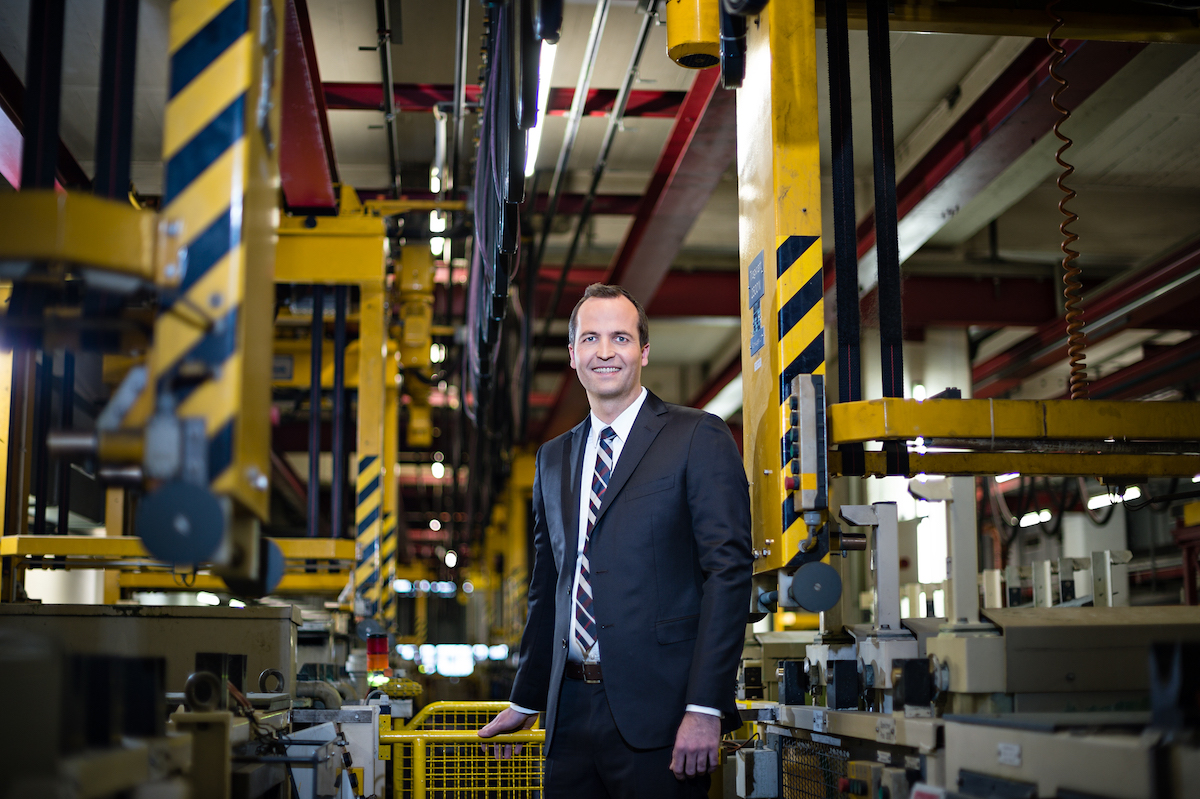 Everyone acts based on their values. My values are characterised by
openness, a desire for improvement, lifelong learning, self-responsibility, and accountability.

What are some of the key values of Prym Group?

Diversification, our global presence and network, employees’ identification, and having long-term-oriented shareholders.

How does Prym Group’s impressive history of almost 500 years influence the company today? What does the family legacy mean for the company?

The overwhelming tradition of the Prym Group and the entrepreneurial spirit and cohesion of the Prym family have been the groundwork for strong internationality, long-term views, and added-value partnerships. These have been key factors for passing the crisis, besides the high identification of the employees.

How has technology and digitisation changed the business, and how will it continue to do so?

Ten years ago, Prym Group generated sales levels similar to what it does today; however, with 4,000 employees instead of the 3,300 we have today. This is possible mainly due to technology, especially in production and logistics, but also in administration.

Digitisation, on the other hand, is assigned under three pillars: linkage of the production system; data generation, including gainful application; and technology-supported redesign of business models.

The focus and implementation levels we have in place today are dependent on the characteristics and need for action in our seven business units. Honestly speaking, this is considered an average status of digitisation – we are still at the beginning – but it’s exactly what gives us confidence for the future.

How do you ensure successful long-term partnerships?

We always have to ensure win–win situations. Developing partnerships for the long-term requires mutual fair dealing and respectful interaction.

How have the management and leadership of the company evolved over the years, and what is the vision for the future?

We have had three different management characteristics in the past. Up until 2004, Prym Group had family-based management. They were extremely entrepreneurial, leading the company
to its international presence, long-term partnerships and growth.

The first external CEO had strong mediation and negotiation skills, which were required for restructuring issues. A new management began in 2013 that had high operational skills. This ensured turnaround and substantial profitability.

The leadership required in the future will be characterised by an ability to develop the organisation even more, in the direction of customer requirements and growth.