There is no end to learning: Subodh Agarwalla 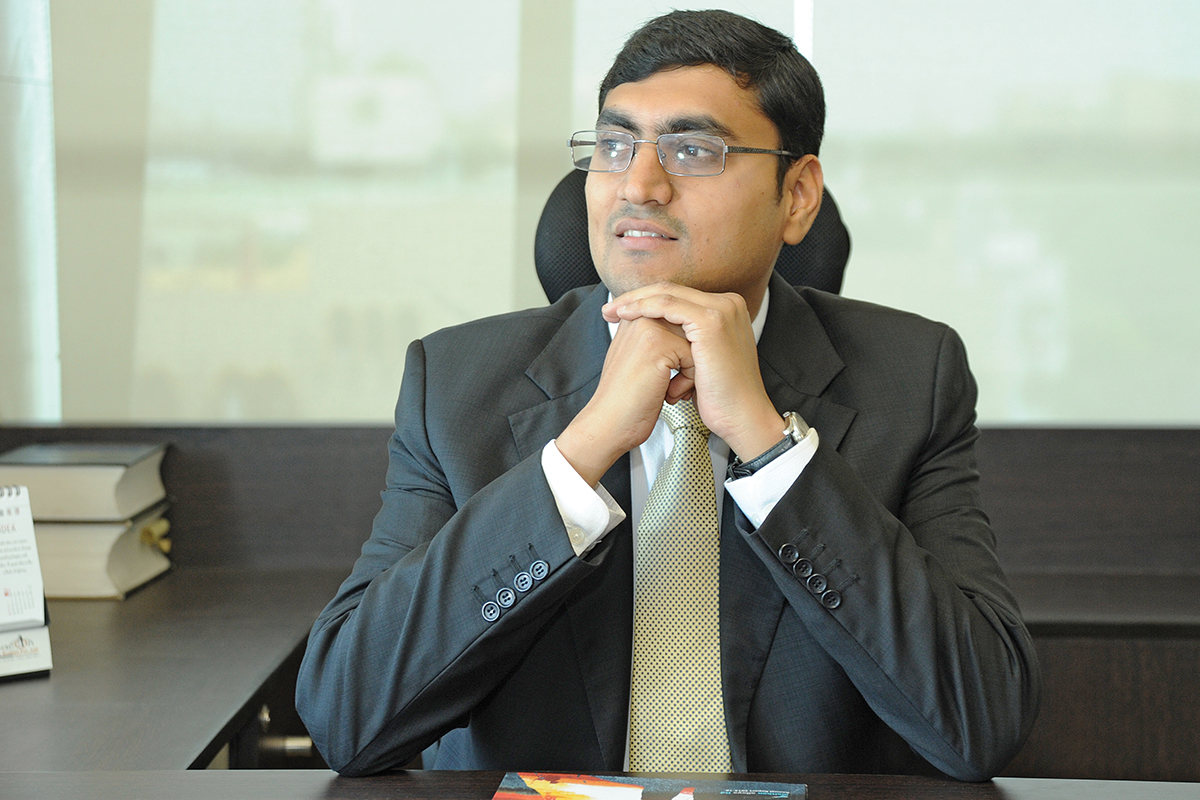 Promoted to CEO at just 38 years of age, Subodh Agarwalla has been a board member of Maithan Alloys since 2006 and has responsibility across the company’s entire organisational activities. He studied technology at IIT BHU and completed an MBA from IIM Bangalore.

The company produces ferro-manganese, silicon-manganese and ferro-silicon. These alloys add to the strength and durability of mild steel and stainless steel, as well as enhancing its anti-corrosive properties. The production of every tonne of steel requires around 10–15 kilograms of manganese alloy, meaning demand for steel is closely linked with demand for the alloys Maithan manufactures and exports.

When Subodh first joined Maithan Alloys, the company was just 6 years old and was almost an entirely domestic operation. “We were just trying to understand how this business would progress,” he recalls. “Plus, the technical team we had at that time wasn’t much to boast about. As a new business, attracting talent was a challenge. However, I saw multiple opportunities for the company to grow and improve.”

Subodh added value to the company by prioritising efficiency. Before he reshaped its operating model, many systems had been designed with an eye on convenience. “The equipment and the way processes were run were not very efficient,” he explains. “Many things were happening simply because we had tried to copy somebody else. We realised that was not a good way to run the business, so we went in deeper to try and create a competitive advantage.”

With this new direction in place, the company grew quickly and Subodh is now anticipating an even steeper upward trajectory. Maithan expects to double its current capacity over the next three to five years, and it has recently committed to establishing a greenfield ferroalloy manufacturing facility in West Bengal. It is anticipated this site will produce 120,000 tonnes a year.

More generally, the company believes that there are efficiency gains to be had by moving a large factory model into multiple smaller facilities that can be closer to consumers and cut down on freight costs.

That may sound like an ambitious plan, but Subodh insists it is viable. “We don’t really see any challenges. We already have enough internal cash to take care of the entire expansion. This is not something risky. The only risk is that the implementation might be delayed by a few months.”

A side effect of smaller plants, as opposed to a single facility, would be the company not putting all its eggs in the same basket. Subodh says this is a concern in a developing country, but Maithan is determined not to be distracted by such considerations. “Living in fear is something we would hate to do,” he concludes. 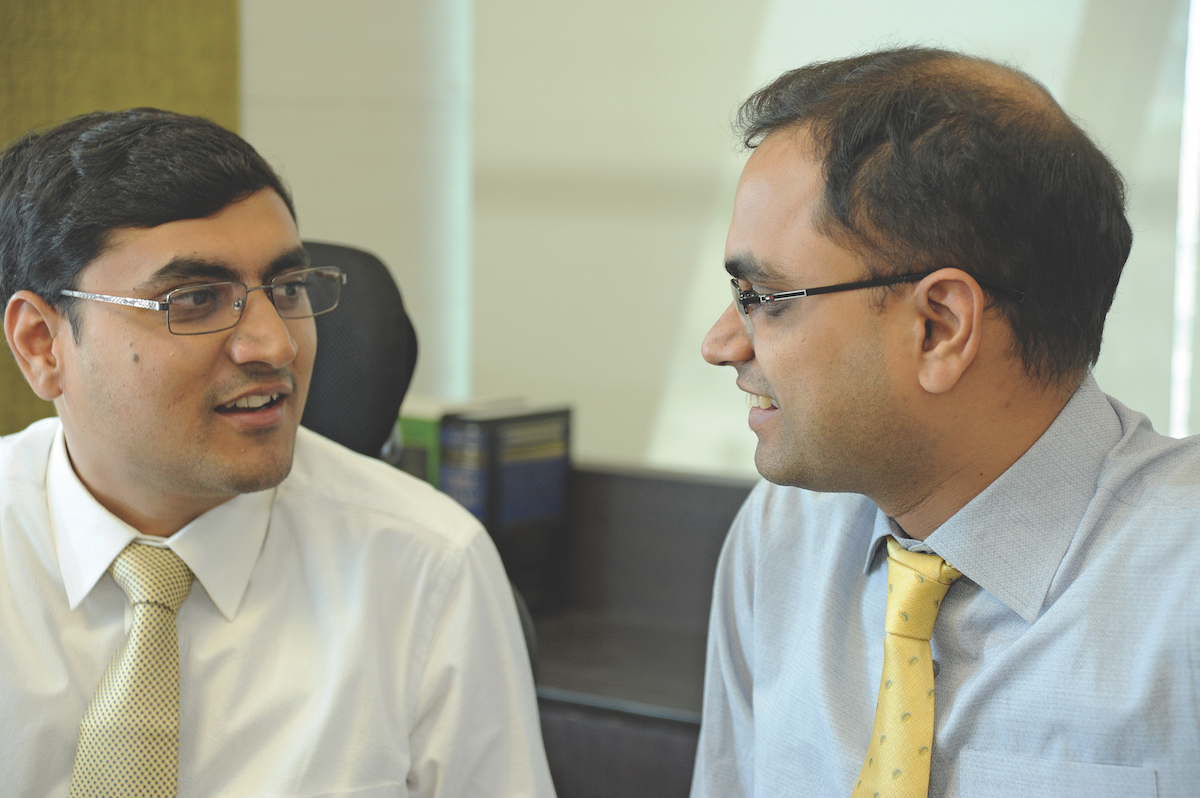 In 2017, India introduced a National Steel Policy, which aims to ramp up domestic crude steel capacity to 300 million tonnes by 2030. This is more than double the current volume and suggests there is significant scope for Maithan Alloys to grow within India. The policy goes on to outline that energy-efficient technologies will be incentivised, with a view to improving the sector’s energy usage rates and overall productivity.

The company has strong fundamentals in place, which will stand it in good stead as it scales up operations to take advantage of the greater demand for steel resulting from the National Steel Policy. It has already obtained certification for ISO9001 (Quality Management System) for its processes, as well as the OHSAS 18001 certification, which requires companies to demonstrate compliance with the International Standard for Health & Safety.

Subodh says Maithan Alloys has already achieved an operational run rate some 400 basis points (bps)higher than its competitors. “In a commodity, that is huge,” he points out. “Achieving that result has been very difficult for us.” The company has built up to this run rate by systematically implementing a series of initiatives that would each add 10–20 bps to the run rate. And Maithan fully intends to build on what it has achieved so far. “Even in the worst of markets, we expect to be generating a higher rate compared with our competitors,” Subodh claims. “When they are bleeding, we will still be making money. However, we would, obviously, make less money in a bad market.”

He also points to the company’s integrated approach as a significant competitive advantage. Maithan designs its furnaces and auxiliary equipment in-house. Subodh says many competitors are undone by a piecemeal approach where a design team makes the equipment and then has no further involvement. Later, a project team will make modifications to the equipment, before handing it over to the operations team. When problems arise, all three teams will blame each other. “That is because the teams are very different and don’t interact,” he explains. “In contrast, our people who are involved in the construction stage are running the plant as well.”

The end result of Maithan Alloys’ approach is 10% lower project cost combined with a 10% higher capacity utilisation and improved operational convenience when compared with its competition. This holistic approach has also led to lower rates of bottlenecks. Subodh says the company will continue on its current path, though it will look to make improvements wherever possible, including debottlenecking its current operations. “We firmly believe that there’s no end to learning,” he adds. 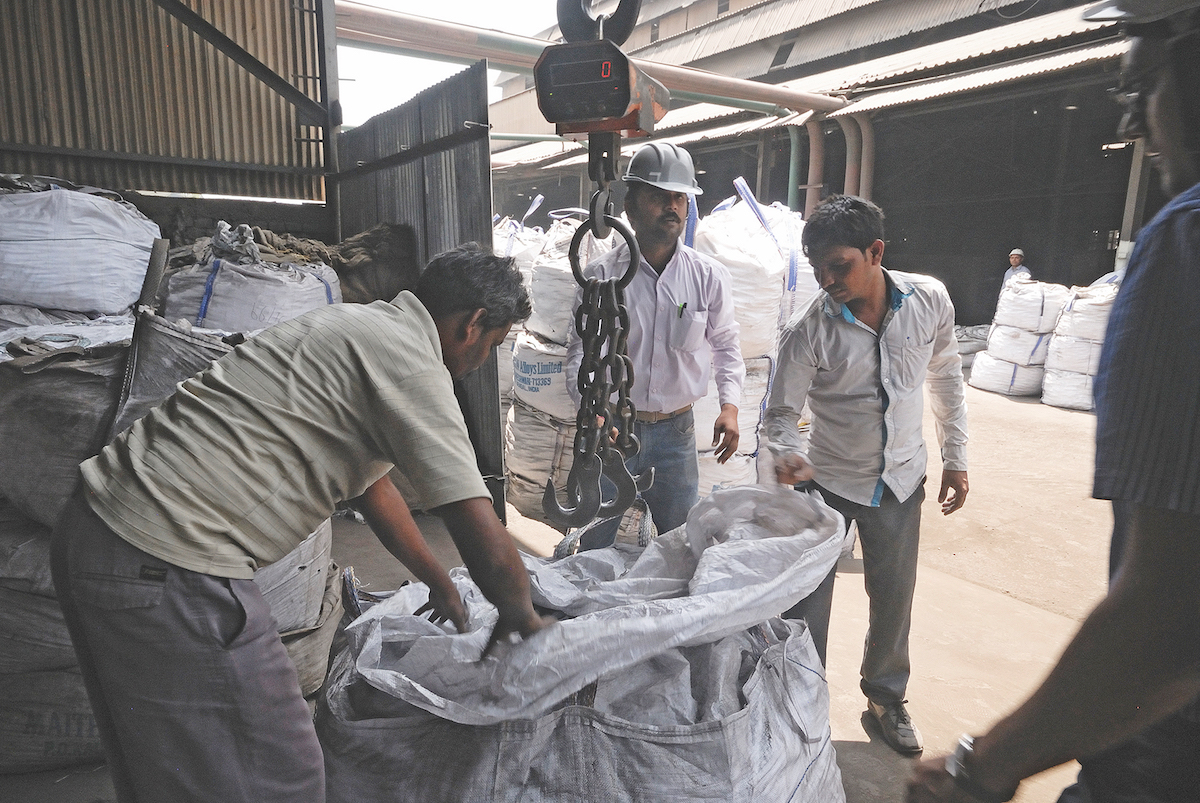 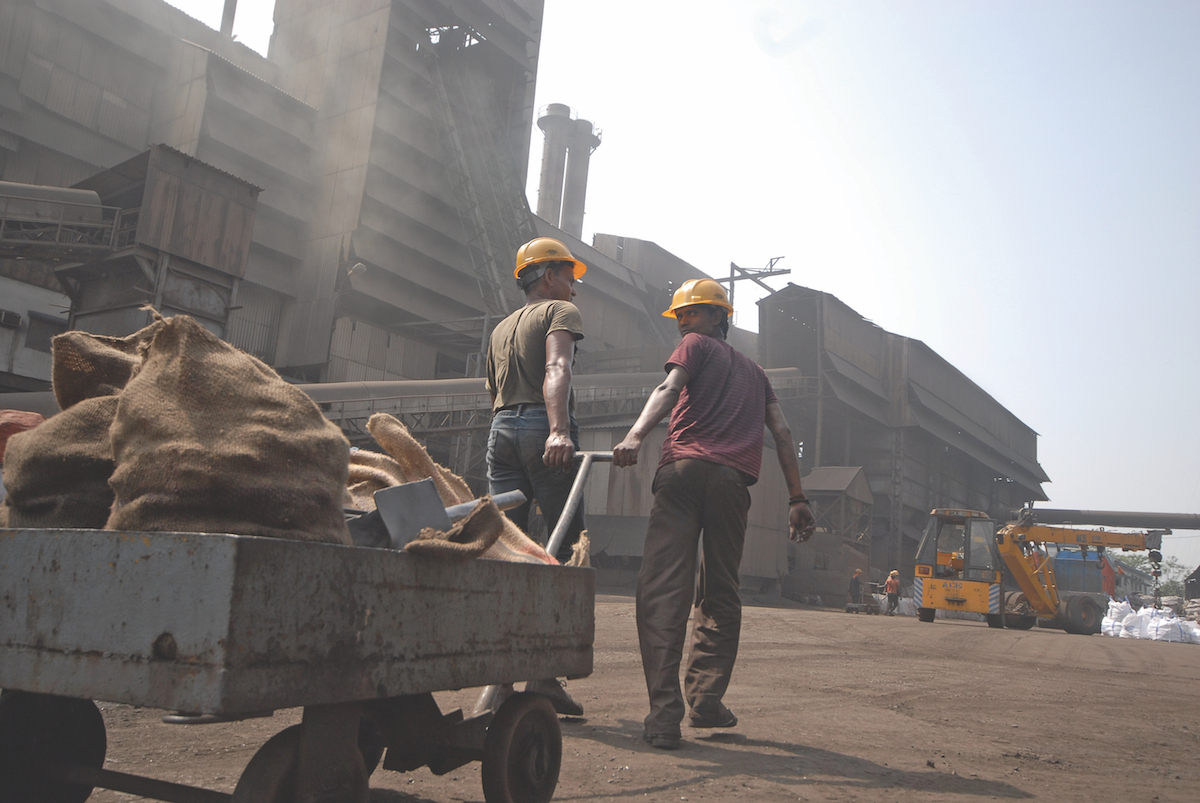 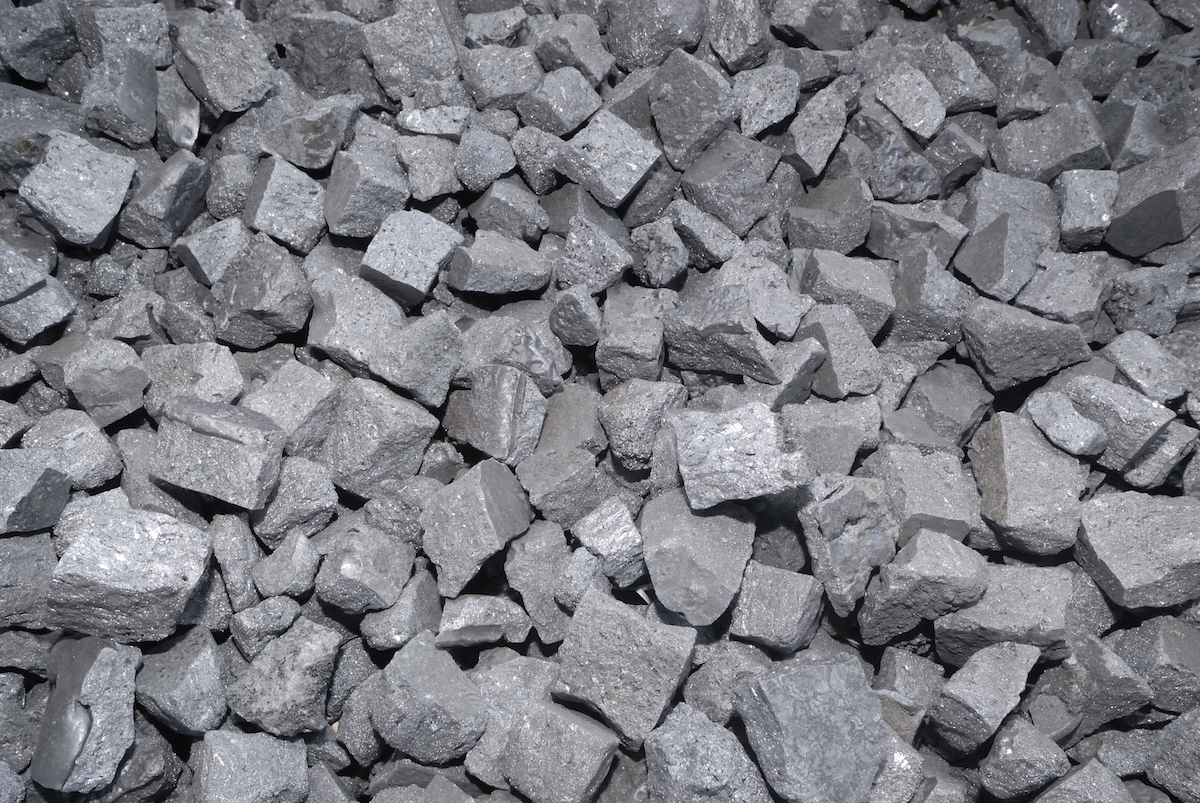 Maithan has built up a blue-chip client base including companies such as SAIL (India’s largest steel producer) and massive conglomerates, such as Tata and Jindal.

It has also worked with BHP Billiton and, recently, with South 32, a metals company that was spun off from the Australian mining giant to focus on manganese. Subodh says Maithan’s relationship with South 32 stretches back to before the demerger and has been in place for some 14 years. The two parties have not entered into a long-term contract due to the volatility of prices, but it is an ongoing relationship that ensures Maithan Alloys receives the first offer.

Subodh estimates that around 50% of Maithan’s raw material cost (including electricity) is manganese ore, meaning the supply of this material is vital. “Sometimes South 32 do offer us a discount, but what is more important is that we are assured of the quality and quantity. It is a great comfort knowing that our operation will never suffer for want of material.”

Subodh says Maithan prefers to deal directly with end users. Currently, 90% of its sales are made directly to this group. “This is something that is very satisfying,” he says. He also notes that some customers will come back to Maithan with counteroffers, rather than just transferring their business to a competitor who is undercutting it on a particular order.

“That is because they believe in us and in this long-term and strategic relationship,” Subodh explains. “It shows they have a lot of faith in us, because they would prefer to work with us at the best possible prices rather than go elsewhere. We are committed to consistently increase long-term value for all stakeholders.”

“We are committed to consistently increase long-term value for all stakeholders.”

Subodh vows to do the right thing for all customers who show faith in Maithan Alloys. “I will never let them down.”

Asked about the cornerstones of Maithan’s success, Subodh’s answer is simple. “Hard work,” he says. This toil has paid off in terms of the company’s thriving export business, highlighted by a 6,000-tonne bulk order to Qatar.

Subodh goes on to say that leading from the front is crucial. “It is not about talking, but walking the talk,” he adds. His straightforward approach means that the company does not need to formulate complicated schemes for further growth. Instead, the focus will be on energy and commitment. “There is actually only one great idea. And that’s involvement and passion. That is all.” 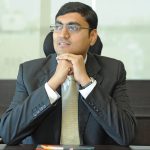