Out of this world: Surendra Murlidhar Vaidya Established in 1897, the Godrej Group has been one of India’s most trusted brands for more than 100 years. Originally renowned for producing locks, the company has been slowly expanding and has brought its manufacturing expertise to a wide range of industries, including aerospace.

Godrej Aerospace became its own division within the wider business in 2004 and since then has been leading a wide variety of teams in the areas of design, component manufacturing and electrical engineering. Now a completely integrated manufacturer, it’s come a long way since solely manufacturing the humble lock.

Surendra Murlidhar Vaidya (SM) is Executive Vice President and Business Head of Godrej Aerospace and has been in the role for more than 15 years; however, he been part of the wider Godrej Group business since 1987. “I first joined the company’s Process Equipment Division as a welding engineer back in 1987 before moving through a number of departments,” he explains.

“Then, in 1985, the Indian Space Research Organisation (ISRO) decided that it wanted to put all of its focus into research and development. This meant that it needed businesses to come in and take over some of the other work it was doing. So, the ISRO started to approach many private industries, like Godrej Group, to pick up some production responsibilities.

“Back then, Godrej Group was known for its consumer products such as appliances, furniture and locks, and had never done anything like specialised production, which was what ISRO needed. We had to work out how to do it and how to do it well.”

Godrej Group created a new division of the business to take on the work, starting with a small group of engineers. The team stayed small until around 2000 when, as the work became more complex, the team had to grow to match demand.

“At that time, the ISRO and the Defence Research and Development Organisation really wanted us to do more than simply produce the parts they needed. They wanted us to understand and assimilate the technology we were using,” SM says.

“Until then we had just been supporting our designers by turning what they had on paper into a reality. Our parts would then go through all kinds of ground tests, which could take years. It was around this time that the business as a whole saw the importance of the work it was doing and how the industry was moving forward. It made the decision to work with the Indian Government on defence projects and, in particular, a project that was developing a supersonic cruise missile called the BrahMos.”

A joint venture between India and Russia, the BrahMos project continues to be spearheaded by the Indian Government’s Ministry of Defence and, understandably, brought a great deal of work to Godrej Aerospace. “To help deliver this project, it was decided that we would set up a separate division,” SM says.

“We got our own machinery, a separate team of people, and we developed our own infrastructure. This side of the business continued to grow and, in 2008, the company made the decision to branch out from the space and defence programs and start to work with the likes of Airbus and Boeing.”

This was the beginning of Godrej Aerospace as it’s known today. And SM was about to get the call that would change the course of his career. 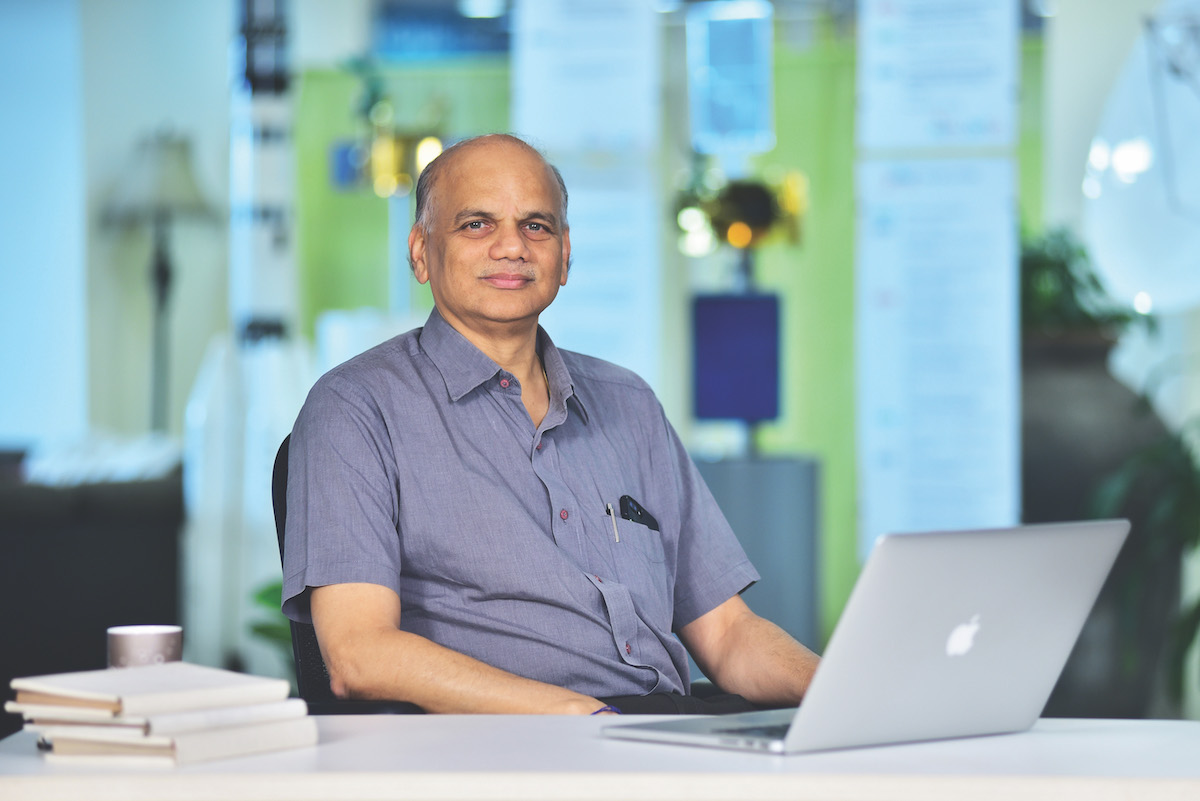 Before taking over as Godrej Aerospace’s Vice President, SM was General Manager of the process equipment division and helped out in other areas of the business. Then, in 1999, he was called by the company’s Executive Directors and asked if he would be interested in looking after a new division of the business – Godrej Aerospace.

“To look after an entire division was a completely new experience for me. It presented me with an opportunity to look after everything from marketing to sales and procurement, manufacturing, quality control and finance. It was an enormous challenge,” he says.

“Fortunately, my family were huge supporters of me taking the role, which meant I could really throw myself into it and learn all about finance, procurement and marketing, and how to interact with international customers. It was an incredible challenge, but I’m lucky that I had, and continue to have, good mentors and bosses who taught me how to be successful and brave in my role.”

“I’m lucky that I had, and continue to have, good mentors and bosses who taught me how to be successful and brave in my role.”

“We are also looking to expand the work we do with non-metallics such as composites and rubber. From 1985 to 2005, we were very successful with metallic materials and then, in 2014, we invested in the basic manufacturing processes for rubber and composite. Since then, we’ve done substantial work with rubber – specifically specialised seals and rubber tanks for helicopter fuel.

“A final focus for us is the work we’re doing with ‘build to spec’. We’ve always worked with something called ‘build to print’, which is when the customer would give us a drawing and we’d simply manufacture as per their specifications. With ‘build to spec’, we’re simply asking the customer for the overall specification for a product and we do the design, detailed engineering and prototypes, as well as getting those prototypes approved. We are thinking of this as a three-layered strategy and we believe it will double our current US$15–20 million turnover over the next seven years.”

With such a detailed growth strategy planned for the years ahead, standing out from its competitors is set to play a huge part in Godrej Aerospace’s continued success. Luckily, that’s not a problem for SM or his teams.

“Very few of our competitors are fully integrated businesses. At Godrej Aerospace, we have a good combination of machining, welding capabilities and metallic and non-metallic production all under one roof,” says SM.

“Not only is everything in-house, but we also have a very good supply chain and teams of trusted partners who really support us in all aspects of the manufacturing process. Their support gives us a huge advantage when it comes to keeping costs low.”