The business of sleep: Tony Pearson 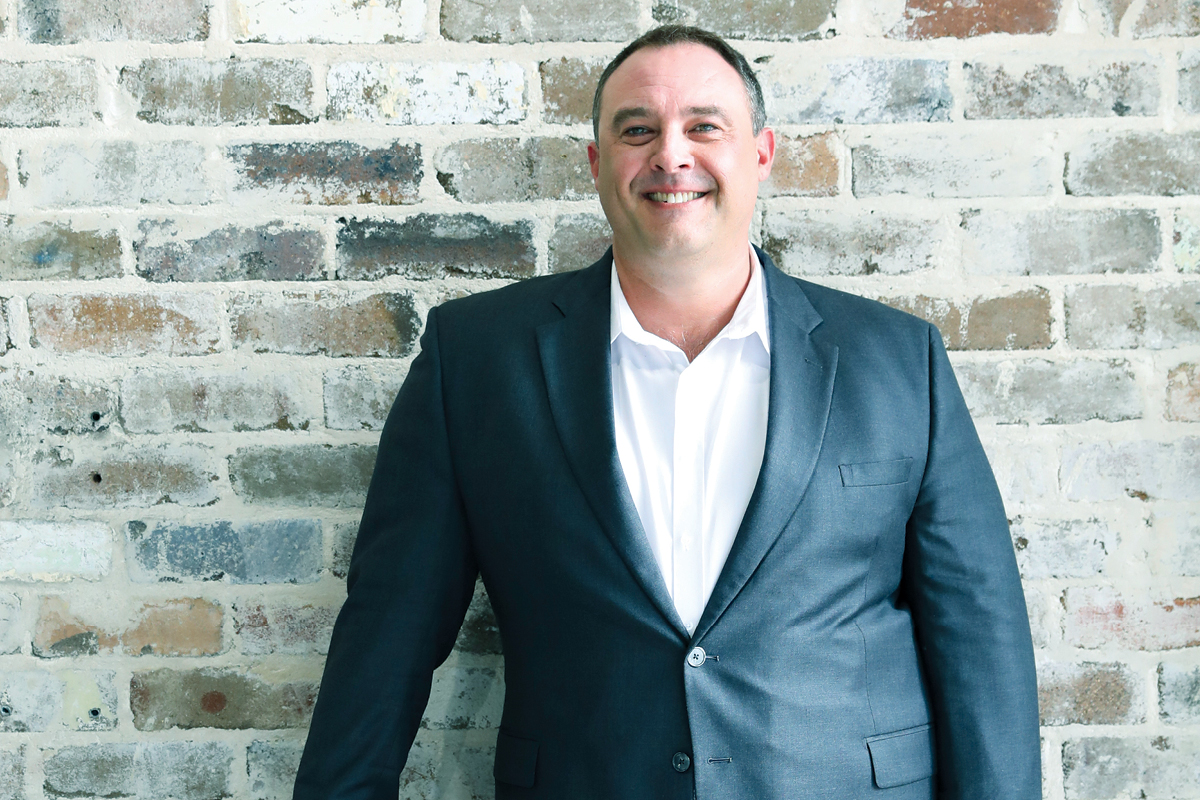 Tony Pearson accepts that his product is misunderstood. In fact, he’s prepared to say it’s probably one of the least understood products on the global market, despite the fact everyone uses it.

We’re talking mattresses. Or, “the mystery of the rectangle box” as Tony cheerfully refers to them. He’s the CEO of AH Beard, a family-owned company stretching into its sixth generation and celebrating 120 years of mattress manufacturing in Australia.

Tony had only been with the company for about seven months the last time he chatted with The CEO Magazine in 2017 and, while he was familiar with the business, having worked with the team as a consultant, he admits he was a little naive about the complexities involved in making a mattress.

“I wasn’t fully aware of the mystery of the rectangle box,” he reveals. “First, look at the spring system, then comfort. Comfort is the thing that helps you get to sleep, and stay asleep, and that’s all about pressure relief and temperature regulation. I have learned that while we are an amazing mattress manufacturer, we’re really in the business of sleep.”

“I have learned that while we are an amazing mattress manufacturer, we’re really in the business of sleep.”

All AH Beard mattresses are made in Australia and New Zealand, with 450 people employed across both countries. The company is still 100% family owned with the fourth generation as shareholders.

Garry Beard is Chair and his brother, Allyn, is a director. Both are great-grandsons of company founder Enoch Beard. They have their children working in the business too and, Tony adds: “We have the sixth generation coming through, running around the factory at company celebrations. It’s beautiful to see.”

The AH Beard factory in Padstow, Sydney, is both the company headquarters and where master bed-makers stitch borders, tuft buttons and insert coils – all workmanship done by hand.

Mattresses vary in comfort and price, selling from A$1,000 to an astonishing A$20,000, which will buy you the Grandeur from the Signature series. “It takes about 10 days to build one of those,” Tony says.

“You’re looking at one of the highest quality damask fabrics in the world, with layers of natural fibres underneath such as imperial silk, cashmere, mohair and alpaca, and merino wool. Then there are nested pocket coils and micro coils, up to 21,000 of them, making up the spring system. But we understand the market mix. About 45% of the market will purchase a product under A$1,000, 35% up to A$2,000 and 15% up to A$3,000. We build about seven products in each range with a promise that no matter what you spend, our mattresses will improve your life through better sleep. They have since 1899.”

AH Beard’s mattresses are sold throughout 1,500 shops across Australia and New Zealand and are exported to China, Korea, Papua New Guinea, Hong Kong and Thailand. 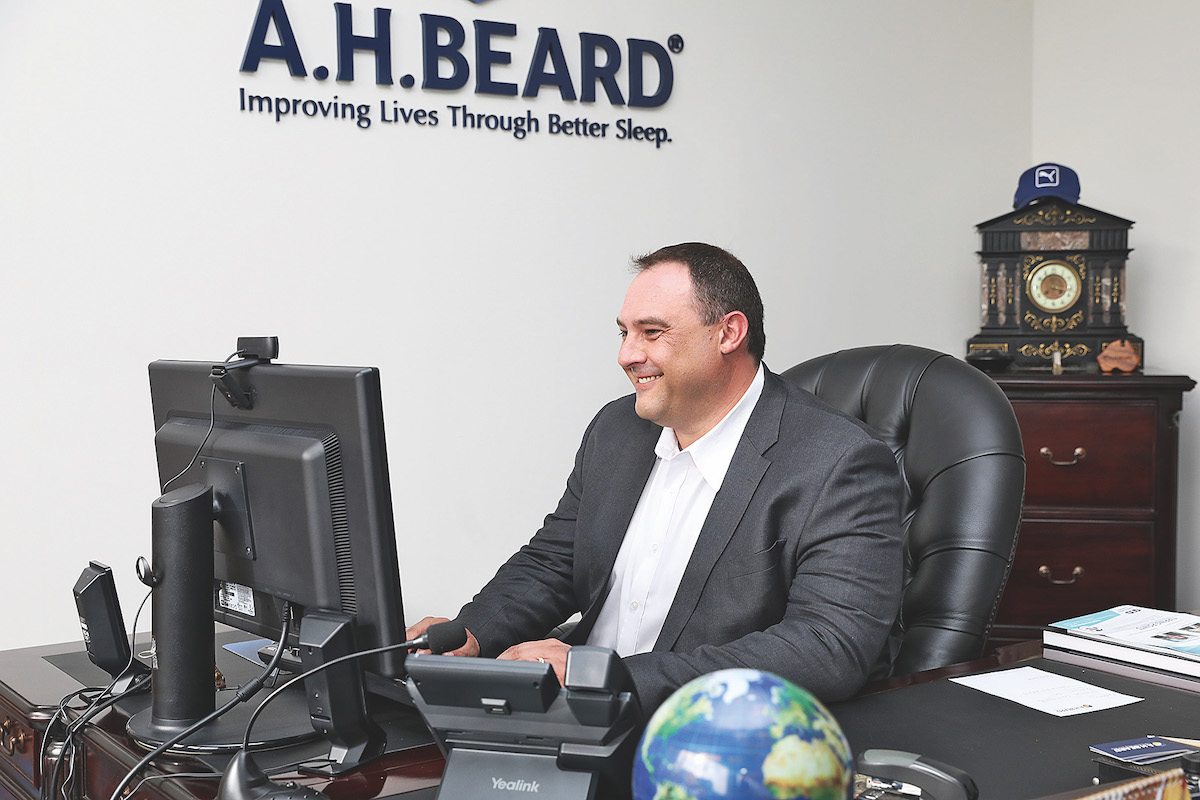 “We focus on the standard of our products, the service of our team and the quality of our people delivering those services. We search the world for some of the best componentry and import one of the leading pocket-spring support systems on the planet.”

Data from the Australian Sleep Health Foundation released a couple of years ago revealed that 7.4 million Australians are not sleeping well, resulting in a financial cost of A$26.2 billion and a A$40.1 billion loss of wellbeing.

AH Beard has an education and development team working on programs to help retailers understand the components of a quality mattress and the importance of a good night’s sleep, and is investing more in educating consumers directly.

“The average night’s sleep in Australia is 7.6 hours but we need just over eight. The circadian rhythm is at sunset and that mix of red light produces melatonin in the brain and puts you to sleep until sunrise about eight hours later. But there’s so much artificial light from devices in the bedroom these days that we’re no longer meeting that natural rhythm.”

Tony suspects regular travellers throughout Australia have most likely lain on an AH Beard bed in hotels such as the Hilton, Marriott, QT, Rydges and InterContinental chains or resorts such as One&Only Wolgan Valley and Saffire Freycinet.

Naturally, he spends quite a bit of time lying on them himself, road-testing at home or in the factory. “I remind my team that functionally I don’t actually do a great deal,” he laughs.

“I’m not stocking the shelves in the warehouse, manufacturing the product or out there selling. My team’s jobs are what is extraordinarily important. My job is to be the conductor; to remind everyone of our vision and how we differentiate. AH Beard wants to continue until 2099 and beyond, to reach 200 years of continuous ownership across 10 generations of the Beard family. That’s just one of our goals.” 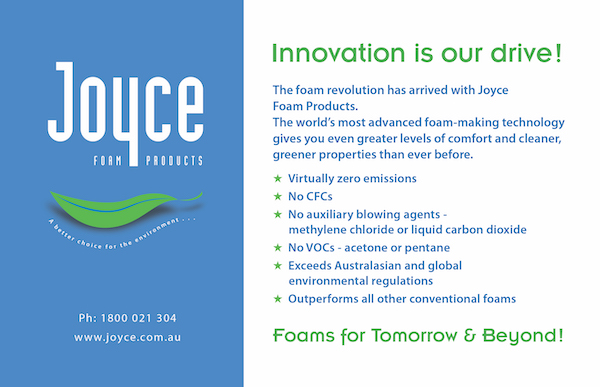