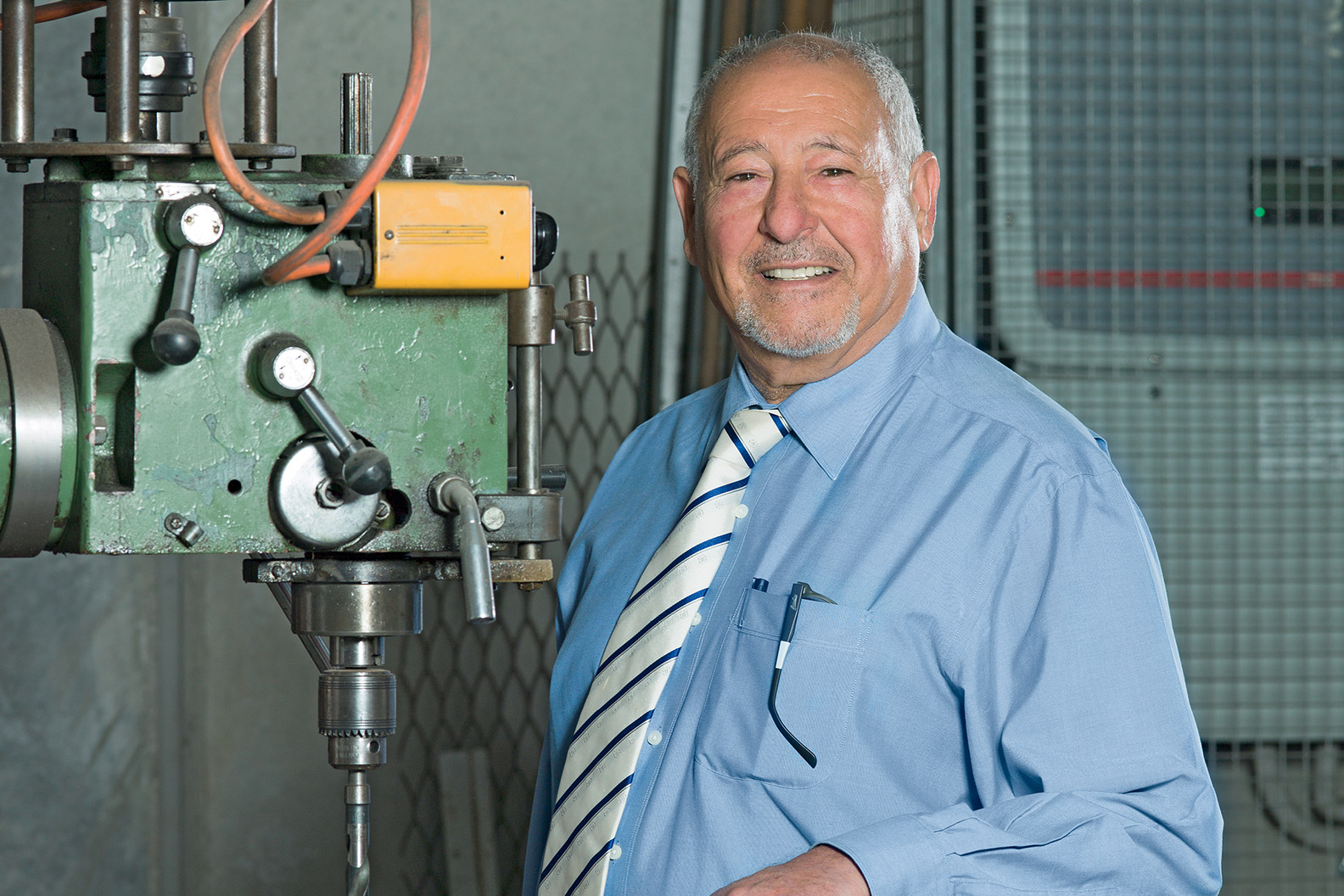 First and foremost, Tony Antonious wants to win. He applies his competitive spirit to life as well as to his business, as owner and Managing Director of Polivac International. “I don’t like to come second. I love to be number one,” he says. “I can’t lose in any game, in any sport. I like to win.”

And it pays off. Polivac International is Australia’s leading manufacturer of commercial cleaning equipment and major exporter of advanced cleaning technologies worldwide. The company’s history started more than 70 years ago, when a company called Bourne floor treatment started manufacturing floor polishers and cleaning chemicals in the 1940s.

This organisation was bought by Reckitt & Colman industrial division in the 1970s, which was later bought by Vinco, owned by Vincent Bros. This was when the world’s first suction polisher – the PV25 – was invented by Frank Comac.

Eventually, the company was acquired by Robert Stone and he named it Polivac Australia. It was later bought and renamed as Centre Clean by Richard Gasket and Dick Heralds. Finally, Tony Antonious bought it as Polivac in September 1990 from liquidator Brian Silvia, a partner at Ferrier Hodgson.

“When we bought the company, there were already large branches in every major Australian city,” he recalls. “They weren’t managing it well. My challenge was to cut overheads and start to survive.”

He moved the company from Sydney to Melbourne, and established a central warehouse. He had to manage the staff, cut costs and try to break even. It took a few years, but with the help of an accountant named Robert McInnes – who was the company’s financial controller for around eight years – they worked together to help the company survive, and eventually make money.

Today, Polivac has the only Australian-made commercial cleaning products in the country’s cleaning industry. “Manufacturing these products in Australia is hard,” Tony says. “I don’t think anyone is still here.

They all moved overseas. It’s a challenge to keep making our polishing machines in Australia, but we’re kicking goals. We’re kicking goals every day.” After 31 years, Tony has kept its original 1960s design to his machines, including floor polishers and scrubbers.

“We still manufacture gas polishers, but it’s not our only focus anymore,” he explains. “We designed a brand-new machine that runs off battery and reduces the noise, cuts down on fumes and uses clean energy.” 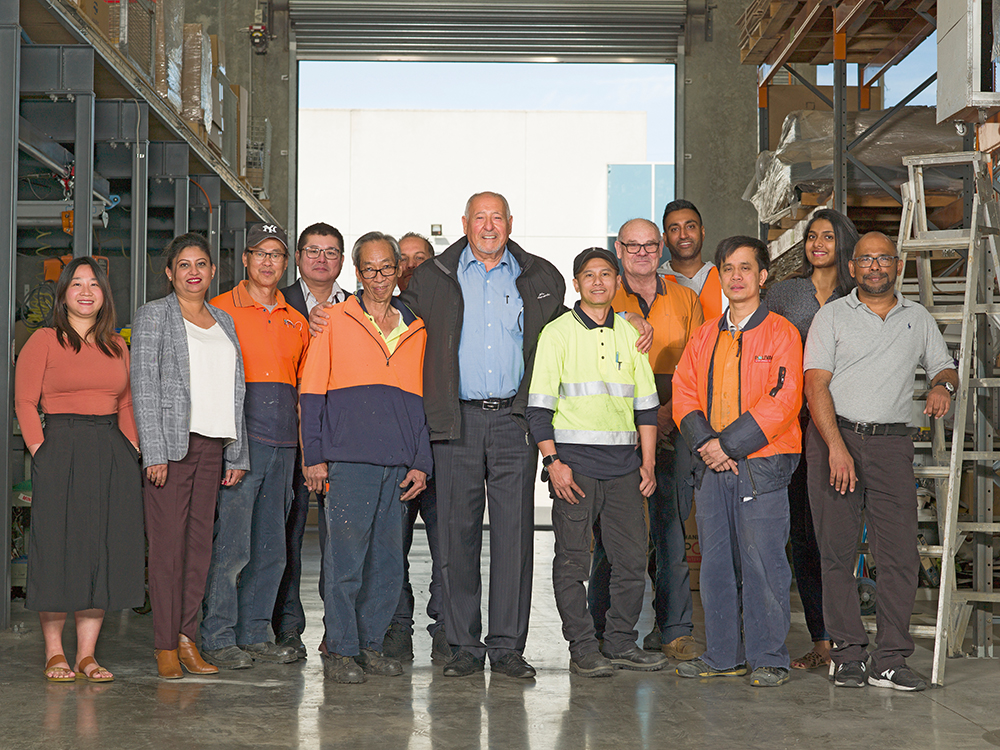 Of course, as a manufacturing company, suppliers are essential to its success. Tony says that without them, he can’t manufacture the machines. “They are my partners,” he says.

“We have made a promise to always pay them on time. I put my money where my mouth is and create a safety net for them, whatever our cash flow is. They know they are going to get paid. I get them involved in any new ideas. For example, if we’re designing a new machine, I get them to come down and have a look at the design. I can involve them mechanically or material-wise. One of our major supply partners is Regal, who supplies Marathon motors for our machines.”

Polivac isn’t a large corporate company, and the benefit to that, according to Tony, is that it feels like a family. “We get everyone involved in everything we do,” he explains.

“It’s a happy family, you could say. We look after the staff. I meet with the three heads of the departments every week and we all sit around a table. Sometimes we invite the factory manager. Each head takes a turn leading the meeting. We share ideas, and people are welcome to say anything. It’s important to have mutual respect for one another.”

The company is also big on keeping its culture fun. From barbecues together to celebrations when they achieve targets, they keep the mood light. “We always have fun,” Tony says.

“We always laugh and people throw jokes around. I lead by example: if they see the CEO happy and cheerful, people feel free. Sometimes employees don’t feel like going to work if it’s not a good environment. Our people love coming to work.”

Tony says that Polivac maintains a close, trusting relationship with its customers and that it always supplies its products on time. “Our customers love to deal with a company that can deliver,” he explains.

“You promise, then you deliver. Integrity is essential. I promise someone that I’ll make a product safe; it will do what we say it will do. And if a machine is ordered today, we deliver it tomorrow. I don’t think a customer could ask for much more.”

No matter where a customer is located, their order will arrive in the next two days. “Whether they’re in Queensland, Tasmania or Victoria, the order will arrive either the same day, or the next day,” Tony beams. “We can deliver quickly on our promise, and deliver a machine that does what we say it does.”

Tony says the greatest source of inspiration for himself as a leader is his father, who was an art teacher. “He was creative,” he says. “He used to write. He used to make statues and paint. He really influenced my creativity.” Robert McInnes, who joined the company early on as the accountant, has also influenced Tony’s leadership. “He was always honest and direct,” Tony describes. “He’s a good man. He was loyal and he helped us achieve much in a difficult time when we were losing money and the company hadn’t stood on its own feet.

“I love to work with people,” he states. “I love to see people coming, growing, moving on and succeeding in their lives. As a leader, you must motivate and inspire those around you. That’s why the staff love to be here. And they’re constantly evolving. You can’t be the same person over 10 years. You must inspire them to keep improving.” 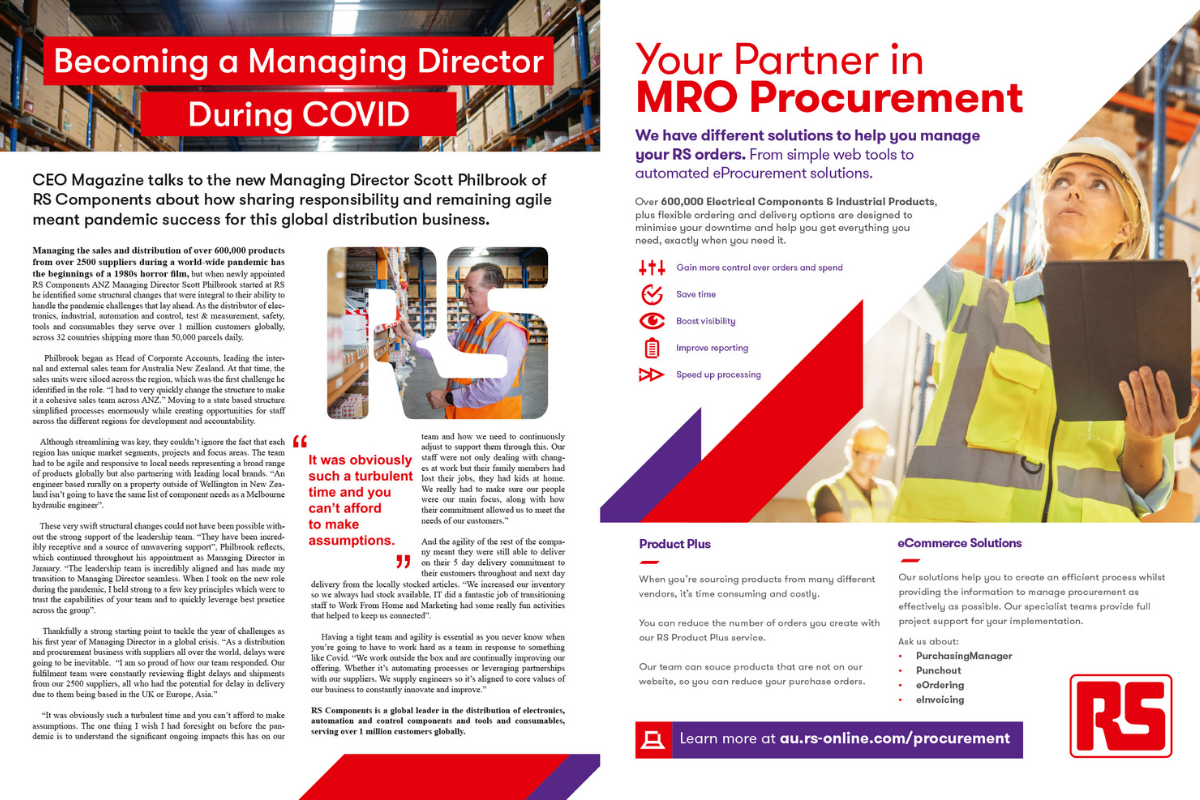