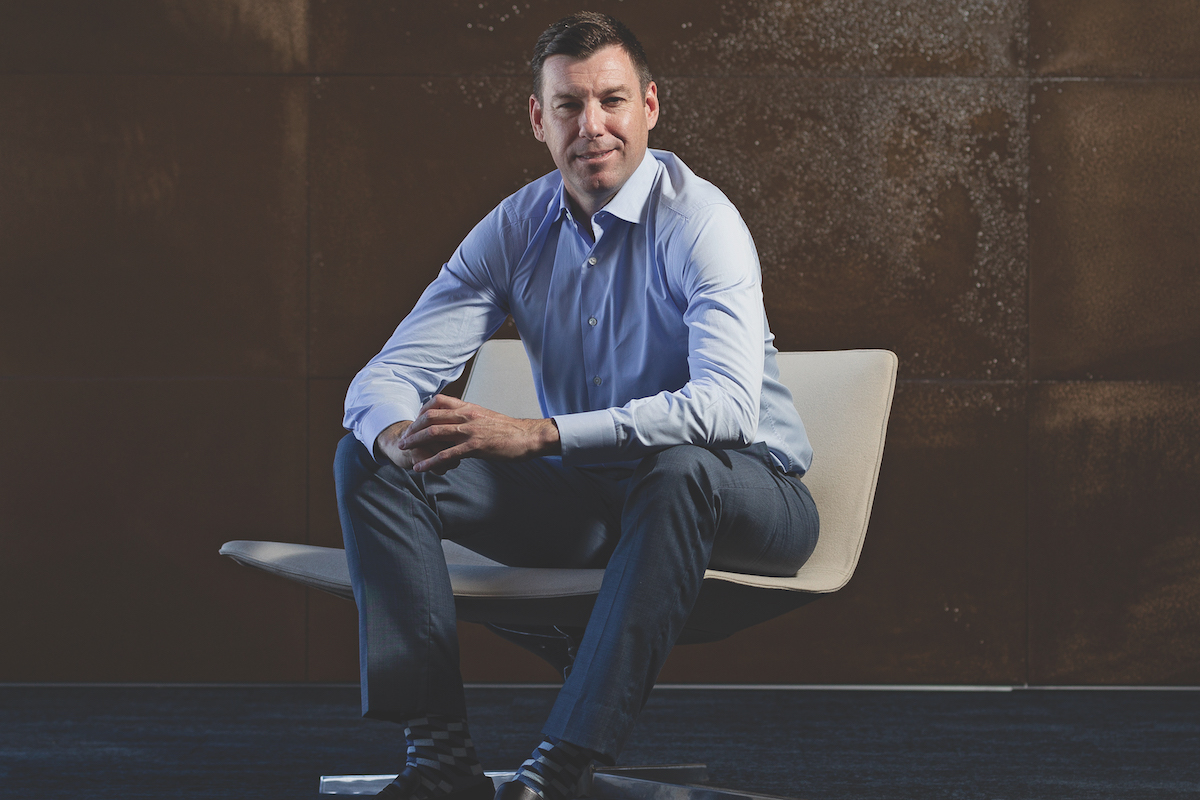 The role of Northern Star Resources’ Executive Chair was always part of Bill Beament’s plan, but he’s the first to admit that it took a few people by surprise.

“I wasn’t the smartest kid in the class at university and when I graduated, with honours, there were a lot of people who were thinking, ‘How the hell did he do that?’” he laughs. “But I’ve got common sense, a great work ethic and a practical way of thinking that always wins out. There’s no doubt that I’ve encountered forks in the road along the way, but I think that by having a career plan and setting my own goals I’ve picked the right way every time. Mentors have helped guide me and so has my wife, because you can’t do it all by yourself.

“I’ve got common sense, a great work ethic and a practical way of thinking that always wins out.”

Every piece of advice has helped get me to where I am right now, which is exactly where I want to be at this point in my career.”

While Bill admits that there’s still a lot he wants to achieve, he states that he’ll always work in the mining industry. It’s a sector he’s been passionate about before entering university and he’s proud of all he’s achieved. His career highlight, however, goes back to just after his graduation. “When you graduate as a mining engineer, most people go off and work for a mining company in the office. They do their designs, scheduling and planning and work their way up,” he says.

“I didn’t. I went straight underground as a labourer. I told no-one that I was a graduate mining engineer. I did that for four years in total because I wanted to learn how all the machines worked, to get my hands dirty, form relationships and learn how to mine. It wasn’t until I left that people actually found out I was an engineer.” 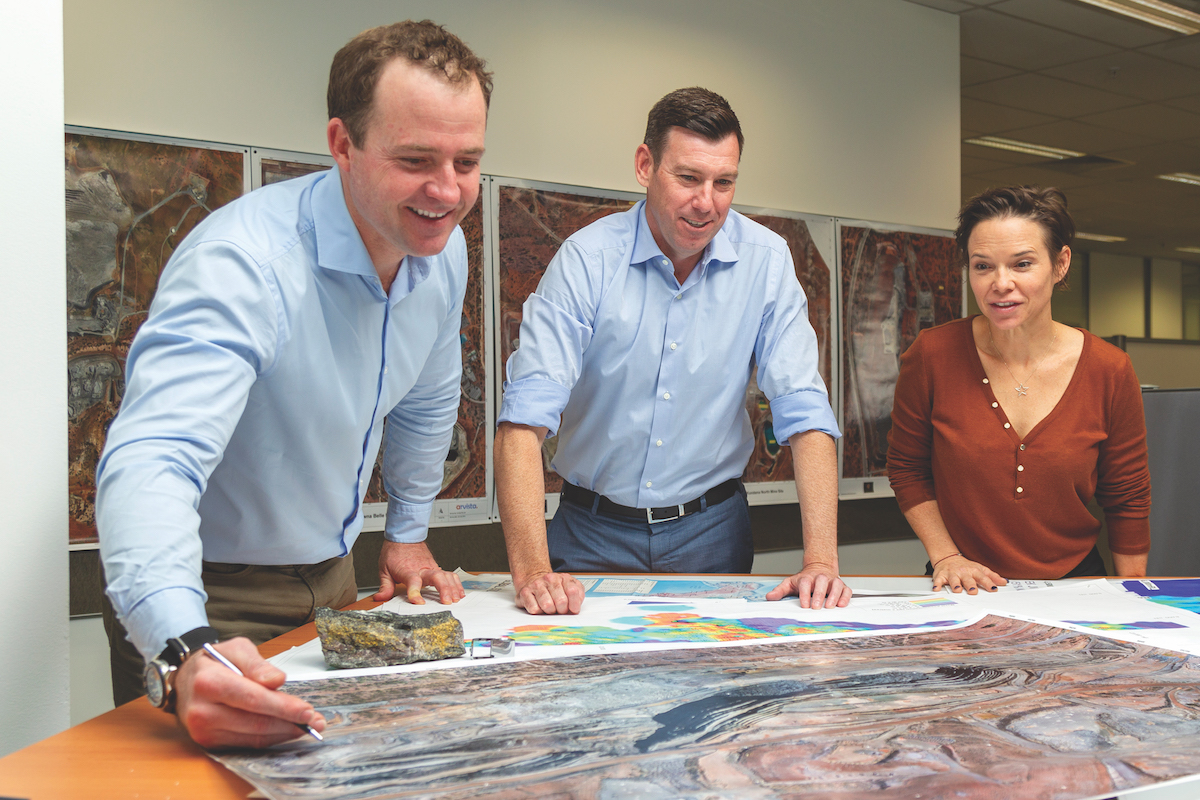 Bill talks about this as being a pivotal moment in his career, although he’s quick to state that he’s over the moon with how things are going right now. “Taking Northern Star from the A$1 million market capitalisation it was only nine years ago, to the A$8 billion company it is today is a huge achievement,” he says. “And while this kind of information is already well documented, it reminds me of how far we’ve come as a business as well as how far I’ve come in my career. It’s good for me to look back at those early days and remember where I came from. After all, it’s those early achievements which were the building blocks for what I do today.”

While still only in his mid-forties, Bill has been in the industry long enough to see it shift in focus. “It’s a pretty exciting time for mining at the moment, but things are definitely changing. I’ve noticed that in the past 12 months the industry has become very focused on everything and anything to do with Environmental, Social and Corporate Governance (ESG). Australia is quickly catching up to Europe, which is well advanced in ESG.

The Americans are a long way behind us, but that’s going to change awfully quickly over the next 12 to 18 months,” he says. “US$30 trillion of the world’s investment dollars now have an ESG filter to them. As a business in 2019, if you don’t have the right scores with your ESG, then you won’t get investment. It’s that simple.” Bill sees this as an aspect of the industry working to Northern Star Resources’ advantage, as the company’s ESG rating is streets ahead of its competitors. Another advantage is its rapid growth into North America.

“We’re the first company to go into North America to mine gold in 34 years.”

“We’re the first company to go into North America to mine gold in 34 years,” explains Bill. “By grabbing this new North American asset, we’ve increased our production by 35 per cent. So, now the focus of the business is to get that asset to where we want it to be over the next 12 to 18 months. This is all because of our business model, which is to buy unloved assets that aren’t a core part of other people’s portfolio. We then apply our strong operational DNA of underground geology, underground mining and processing capability to really improve productivity levels.

“By working this way, we’re helping to greatly extend the life of mines and improve profitability. This mine in the US has the potential to be the best asset in our company. It is a fantastic gold ore body and, if we get it right, the value creation for our shareholders is set to be immense.”

With Northern Star’s future mapped out, Bill sees the future of the industry as looking bright, but he’s adamant that businesses should be looking to create solid partnerships. “Resources are in good shape at the moment. The gold price has had a rocket under it recently, as has iron ore; however, we all know that these things can change overnight. It’s why good partnerships are a must for the industry,” he says. 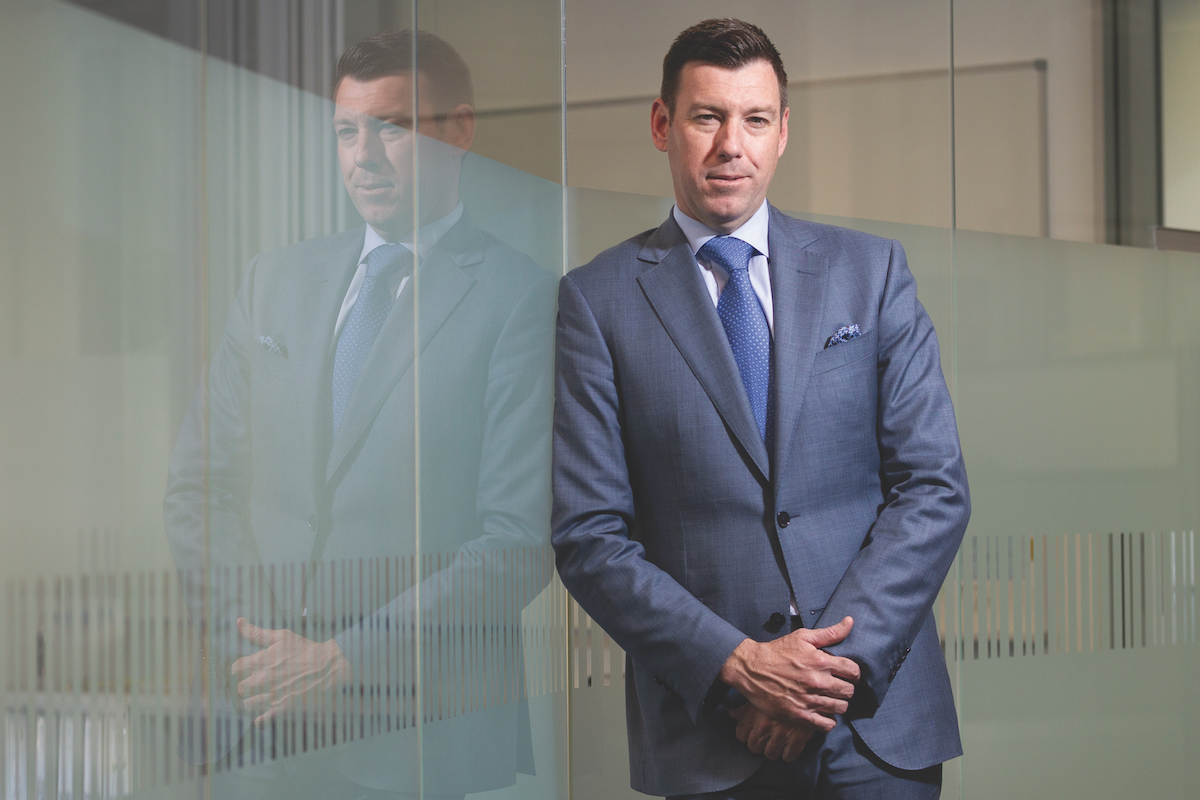 “We’re in a cyclical industry so we make sure to look after our partners in bad times and vice versa. And when things are going gangbusters, like now, we bring people along with us.”

When once asked about the future of mining as an industry, Bill described it as a young person’s game, but as technology has progressed, he says that he’s starting to see things a little differently. “I still think that underground mining is naturally better suited for a younger generation, but I feel that it’s changing. The skillset you need to work underground is quite unique and it’s the older brigade who have the skills and the experience,” he comments.

“Technology will be able to assist in that, which is incredible. Even now, I’m seeing some of our frontline jumbo operators, who are in their sixties, still doing this kind of hard, manual work. Twenty years ago that wouldn’t have been possible because of the wear and tear on their bodies, but the latest advances in machines and technology are making it doable.”

The addition of new forms of technology to the industry has meant that, like many sectors, mining is ripe for disruption, something Bill thinks can only be a positive. “Technology is radically changing underground mining methods, which is something we’ve already seen in surface mining.

The large-scale open pit miners have got a lot of automated technology. They’re more advanced because they’ve got 4G, GPS tracking and radar. Their communications are much easier, but once you get underground, you don’t have that.

There are no mobile towers down there and you’ve got a great deal of rock stopping radio waves and telephone signals,” he says. “As we get better communications underground, we’ll be able to gain access to automation. We’ve already got it ready on the machines, but we can’t use it because we haven’t solved the communication barrier. And we’re probably one of the most advanced underground mining companies in the world. We’re currently testing one of our mine sites where we’ve now got 5G, which means we can use WhatsApp and FaceTime, make phone calls and download data extremely quickly. As we advance this technology it will really open up our world.” 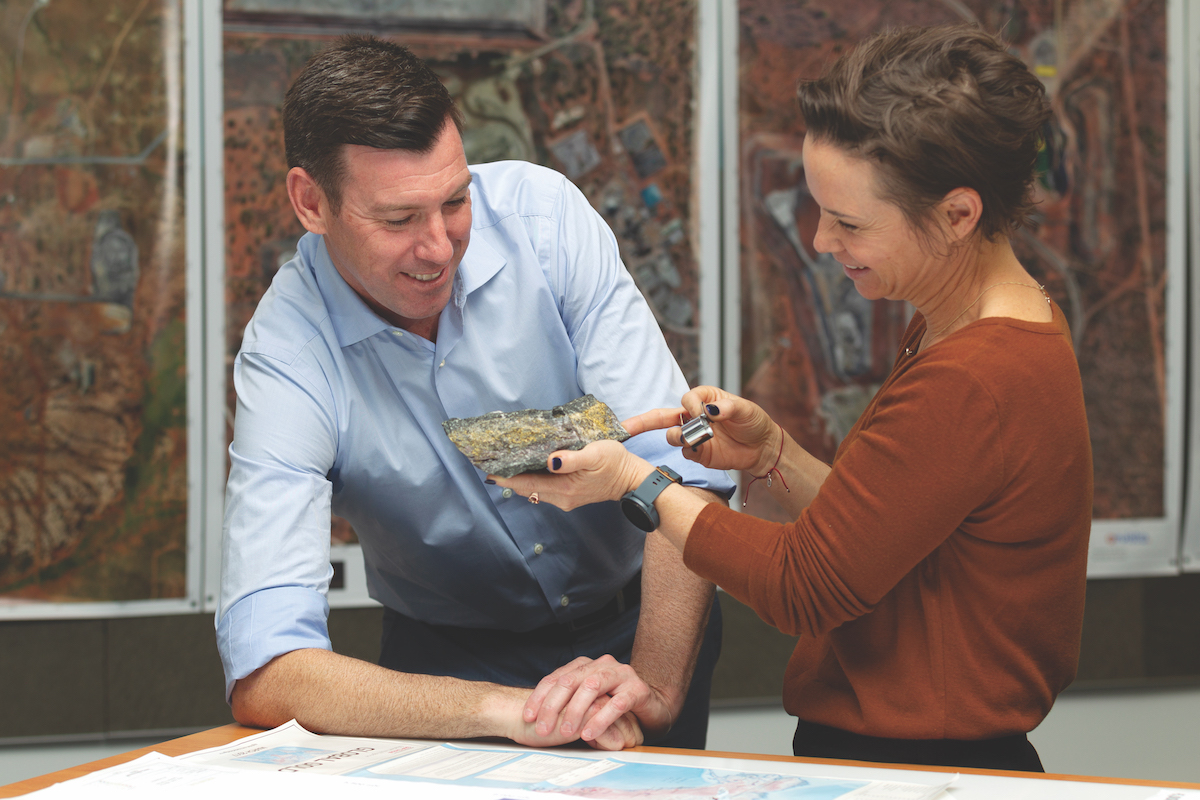 There’s no doubt that Northern Star is currently at the top of its game, but it wasn’t always the case. “When I started at Northern Star Resources in late 2007, the beginning of the GFC was upon us and it was just a horribly stressful time for both the business and me personally. I wasn’t getting paid, had three kids under three and had to work out how to put food on the table,” Bill says. “I look back on it now and see that it taught me so much. I learned that while we couldn’t control the gold price, we could control the cost structure.

And when the whole gold industry got turned upside down, we stuck with that cost structure and didn’t change the way we did business. We stayed as a very low-cost company and have remained so to this day. During that time, I also learned that I’m a big fan of a contingency plan – I’ve always got to have a plan B, C and D, so if the gold price does suddenly drop, you don’t come unstuck. This way of running things helped us massively in 2013 when no-one had any money and we did. We went on a buying spree and bought a number of assets from the major companies, which set us up for where we are today.”

A self-confessed workaholic, Bill says that after almost 25 years in the business, he’s finally learning how to get some balance. “I think that as you get older and wiser, you start to think about how to get the most from your personal life as well as your working life,” he says. “When I was starting out, I had three little kids at home and my wife held it all down.

I take my hat off to her as she gave me the space to be able to do what I do and achieve what I’ve achieved. Now, I like to spend time with the kids while they’re still young enough to want to hang out with Dad. “Other than that, finding balance has meant that I’m all about the four ‘Fs’ – family, friends, French wine and fun.” Sounds perfect. 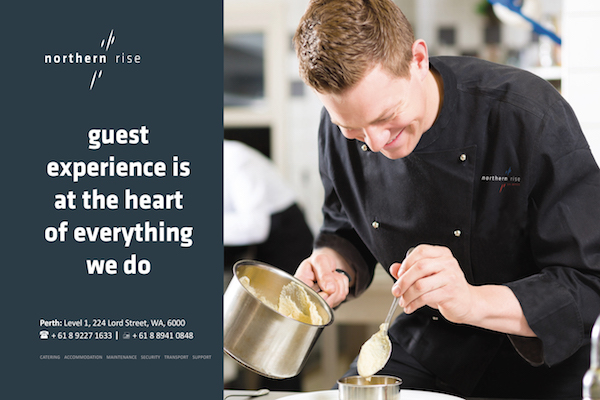 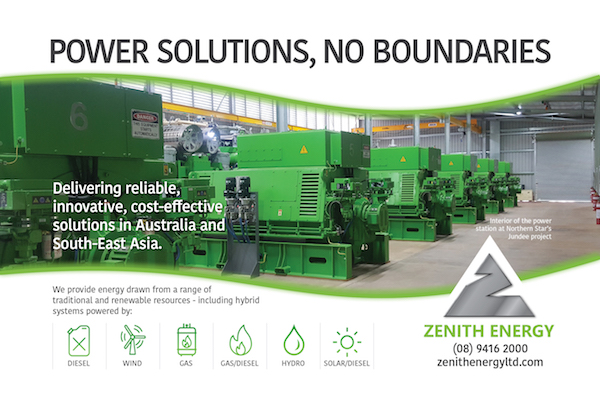 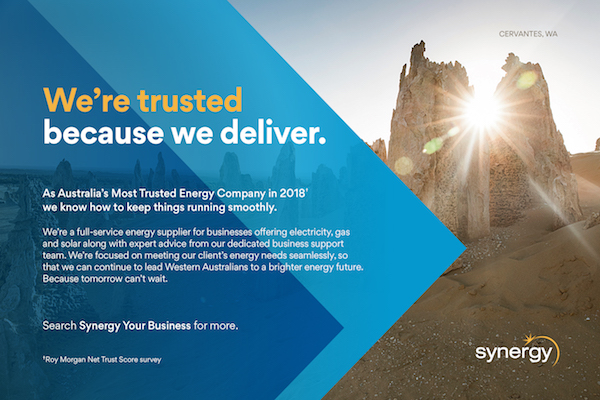 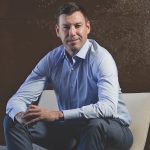