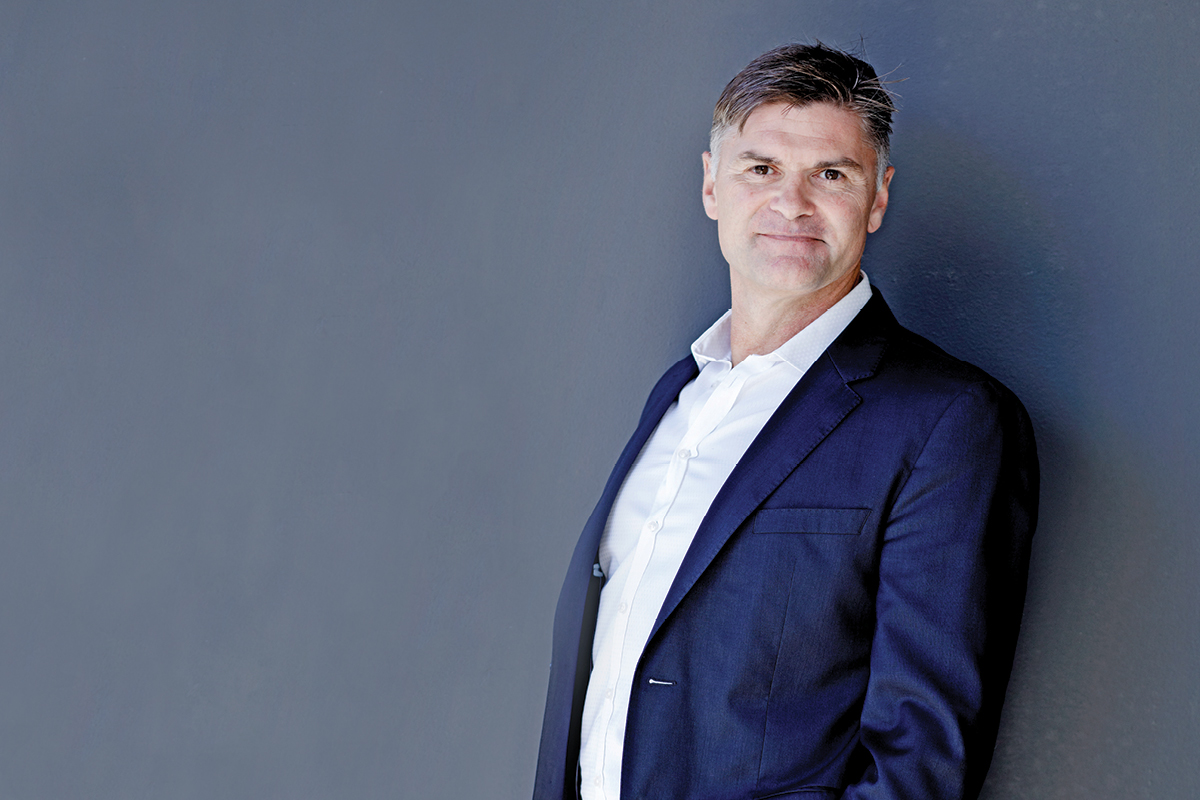 Enhanced Drilling CEO David Hine soon came to the realisation that a different way of thinking was required in order to take the company forward. Having started on a journey of commercialising the EC-Drill (the company’s managed pressure drilling technology), but being vulnerable to volatility in the offshore market segment, David decided that Enhanced Drilling could not wait idly for the market to recover. He took action.

“With the change in the market,” he tells The CEO Magazine, “we needed to be even more focused on exactly where we were going and why we were going there”. This determination for clarity led to the creation of an operational framework, consisting of three strategic pillars. The first emphasises a focus on the company’s core business and a dedication to “optimising everything that we do every day, making sure that we do it better, faster, and always safely”.

The second pillar involves a commitment to innovation: despite recent circumstances being unfavourable to investment, David stresses that Enhanced Drilling made a point of investing in new drilling technologies, taking direction from the maxim ‘innovate or die’.

The third pillar revolves around growth, with a dedication to “increasing volume in major markets, focusing on building economies of scale and, on the technology side, looking for new solutions”.

With the three strategic pillars firmly in place, it was time to take a bottom-up approach to spreading the philosophy behind them. “Teams came together and examined the different areas within their business where they could take on new initiatives in alignment with those strategic pillars,” David explains. The strategy is succeeding, but he acknowledges that the company still faces external challenges. “It’s not like we’ve had a tailwind over the past three years,” he says. “It’s been a real headwind.”

“It’s not like we’ve had a tailwind over the past three years. It’s been a real headwind.”

David derives encouragement from implementing the strategy, and “making sure that clarity of direction is translated throughout the organisation and all the way down the supply chain”. The results speak for themselves. As an example David describes the significant reduction in build time as a result of Enhanced Drilling working closely with its main suppliers.

“The rig market,” David explains, “which has historically been a sellers’ market, where rig contractors have been able to demand long-term contracts, has seen a shift towards much shorter-term contracts. With significantly more pressure on E&P capital expenditure, their drilling programs cannot reach as far into the future as they previously did.” 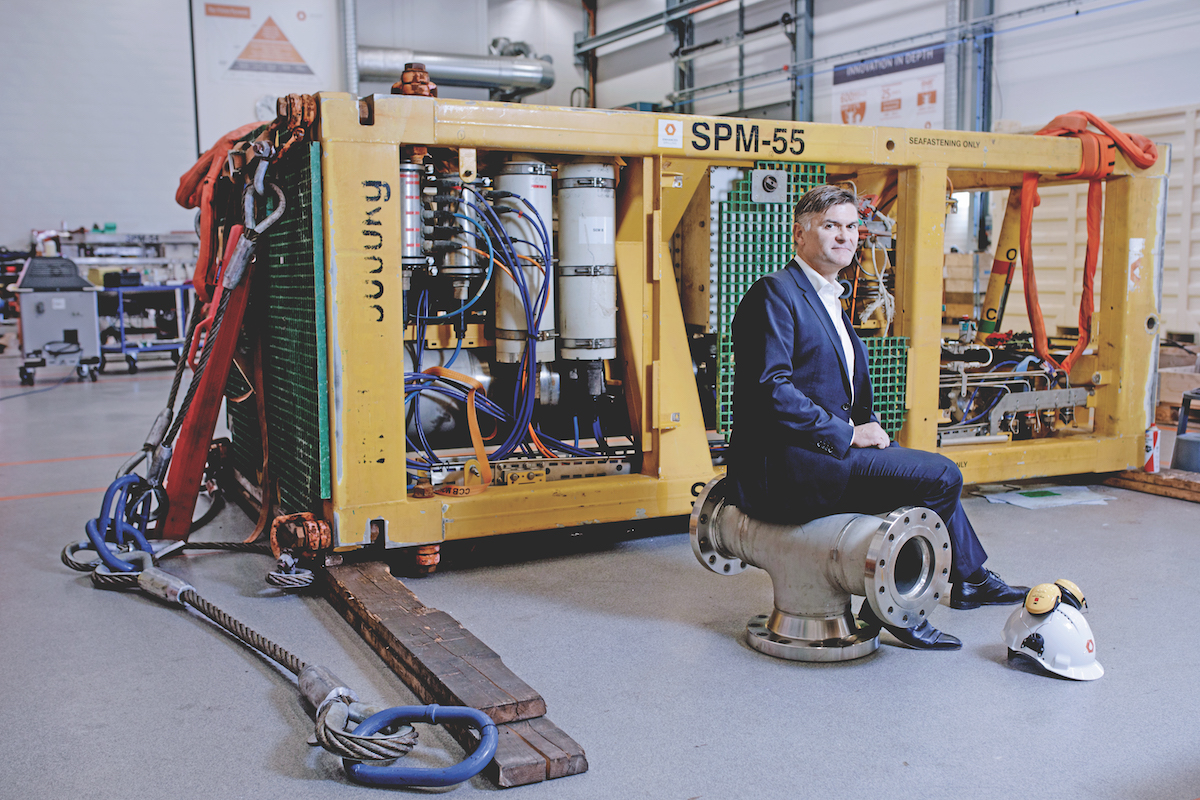 With contracts tending more towards a project-by-project (or well-by-well) basis, historic timelines of 12 months-plus delivery were not going to hold, so the company needed to adjust accordingly. “Unless our business model at least matches the customers’ needs we will be out of business,” David says.

This state of affairs inadvertently presented the company with an opportunity to strengthen its relationship with its suppliers; part of the process of reducing timelines involves working in tandem with partners and suppliers to ensure new timelines are achievable.

“This has really brought out the best of our suppliers’ capabilities,” David stresses. “They can streamline processes or lend their own services. This has led to an almost 55% reduction in delivery time, and without an increase in cost.”

By solidifying relationships with its suppliers, making a strategic commitment to them with the intention of fostering long-term involvements, Enhanced Drilling has been able to make its cost base more variable, reduce its lead time, and build significant scale in the business.

Understandably, David’s vision for Enhanced Drilling’s future is optimistic. “We are absolutely outperforming the market and it’s looking extremely exciting for us,” he says. “We have multiple systems and operations offshore, and a very exciting sales pipeline. We’re seeing some green shoots coming through.”

Going forward, the company will continue to focus on creating value for its customers, and on reducing cost and drilling time. A commitment to harnessing new drilling technologies has already seen the company enable its customers “to drill some of the longest laterals in the world – they are able to access more pay zone within the same well, in an extreme example of value creation”.

Well design will represent a more significant percentage of Enhanced Drilling’s business, and David is excited to explore the opportunities that could arise through experimentation outside conventional design methods.

David admits that, in the months following the demerger, “we didn’t get it right all the way through”. “We started to become too ambitious, wanting to do too much too quickly,” he adds. This is where the simplicity of the new framework comes in, and it is the quality to which David attributes its success. “Most businesses end up having a strategy that is so complex they cannot communicate it,” he says, “or so confidential they can’t share it.”

He also celebrates the impact that the commitment to the three pillars has had on the attitude of workers, company-wide, noting a heightened level of engagement and a renewed sense of inclusivity. The experience of recent years leads David to declare, with confidence, that “we have built a business that can weather the storm”. 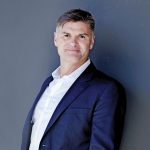