After several meetings with the Australian Government, as well as an appearance before the Senate Economics Reference Committee Inquiry into the future of the steel industry, Greg Albert couldn’t quite shake the feeling that the country had adopted a backward-looking attitude towards manufacturing. “People just don’t see it as a modern, high-tech, future industry,” he says. “We don’t seem to have that mindset in Australia.”

But when Greg became the Managing Director and CEO of Bisalloy Steels, he conceded that the high-performance steel manufacturer had not done anything to challenge the traditional image of manufacturing as being a ‘dirty’ and ‘old’ industry. It had taken an internal approach where, he explains, it didn’t matter what the world thought, it didn’t matter what the people thought or what the market thought; if the company just kept making product, “it’ll hopefully be able to sell it”.

When he took on the top spot in December 2015, Greg realised that Bisalloy needed to send out a different message – one that highlighted the many competitive advantages of Australian manufacturing compared to the rest of the world. He drew inspiration from his experience leading businesses across more than 30 countries to “start the process of developing the ‘social side’ of the business”.

“The culture in the organisation was fairly flat, so I took a lot of what I had learned with these global companies, working with other cultures in other countries, and brought that into Bisalloy,” he says. “The company was strong, the results were strong, the product was excellent, and the brand name was good, but it just wasn’t reaching its full potential.” As Australia’s only manufacturer of quenched and tempered steel, Bisalloy needed a readjustment in attitude and culture, Greg recognised.

He says it needed to “start puffing out its chest”, communicating its achievements to people and really pushing the locally made message, something it simply hadn’t done in the past.

In July this year, it began putting the ‘Australian Made’ logo on products bearing its steel, including Caterpillar mining trucks, Collins Class submarines, and Bushmasters, the Australian military equivalent to the American Humvee.

“The Australian people really need to understand why we are a vibrant industry and how important manufacturing is to our economy,” says Greg. “We need to earn the right for customers to say, ‘We’re not going to buy an imported product. We’re going to buy a locally made product.’ It’s about changing mindsets.”

Bisalloy Steels Group makes the most of strategic partnerships

Because of its plant capacity and limitations, combined with it being a standalone operation and not attached to a steel mill like other manufacturers, Greg has made it a strategic priority to actively seek partners from overseas to help address customer needs.

Currently, it is five years into a 10-year joint venture with Shandong Steel, and has been accredited as a chosen supplier for a number of major Chinese machinery manufacturers. Greg says that, rather than sit back and complain about being ‘gobbled up’ by China, it has instead brought its expertise, established a joint venture, and entered the market with the Bisalloy brand.

“You go to China and you see these machines being made, such as trucks, excavators, construction and earthmoving equipment. It’s got Bisalloy written on it. That’s a really big achievement,” he says. As well as its relationships in China, Bisalloy has also established sales and distribution operations in Indonesia and Thailand, something Greg admits has been a “really big strategic move” that has helped cement its place within the South East Asian market.

“If you look at Indonesia, Thailand, and China specifically, a lot of manufacturing that has gone offshore from Australia is now manufacturing in those countries,” he says. “They’re now using Bisalloy steel. The benefits of such strategic partnerships flow back into the country.”

But Greg knows there is still a long way to go before Australian manufacturing bridges the innovation gap with the rest of the world, especially in Europe. For example, one of Bisalloy’s largest European competitors, SSAB, based in Sweden, maps out how much carbon dioxide it is saving the world through its production.

“You can go on SSAB’s website and you can actually see it. They communicate this to the general public. The Swedes then go, ‘Wow, this is an excellent operation. We’re helping the environment while we’re still building these fantastic machines’,” Greg explains.

“If you look at Sweden, it is very ecologically advanced, but it still has shipbuilding, mining and steel manufacturing. It still has everything that, in Australia, has been declining.” As overseas competitors continue to become more competitive both in price and in technological innovation, Greg highlights the importance of keeping up with trends occurring in industry sectors that constitute a significant proportion of Bisalloy’s client base.

He notes that in the defence sector there is a demand for lighter machines that can withstand bullets, while in the automotive industry trucks need to be lighter while being able to withstand impact wear and tear. Additionally, there is a demand in the renewable energy sector for wind towers to be taller and for blades to be bigger.

“All these innovations need a high-strength steel or a specialty steel,” Greg says. “You can’t do it out of mild steel. It would be too big and heavy.” It is through such rapid technological change that Greg remains optimistic for the future of Australian manufacturing.

“Steel is still one of the best building products, and just about anything you buy will have steel in it somewhere. It’s also 100% recyclable,” he says. “People who think our industry is a dying one, it’s far from that. There are so many opportunities and it’s a really exciting time. We have a lot of positivity going forward.” 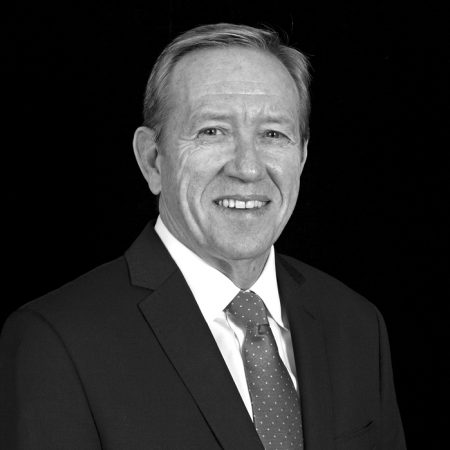