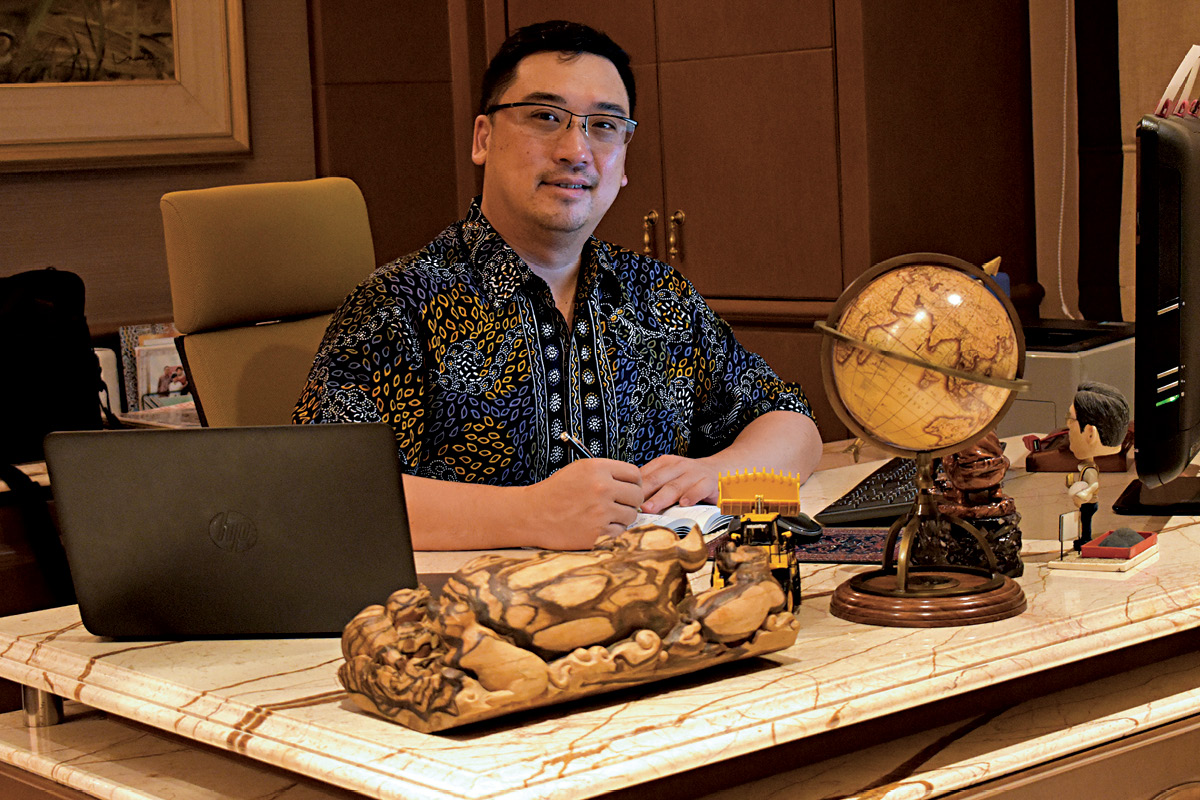 With three major mining businesses to its name – Archi Group, Indo Mines and Golden Eagle Energy – the mining and resources portfolio of Rajawali has now become one of its core business operations. Joining the Indonesian investment management firm in 2005 and rising through the ranks to become Mining Resources CEO in 2014, Hendra Surya understands the portfolio’s intricacies inside out.

He studied in the US, first at Arizona State University and then at the American Graduate School of International Management, before moving back to Indonesia for an eight-year stint at PricewaterhouseCoopers. Hendra spoke to The CEO Magazine about his journey and what he has learned along the way.

The CEO Magazine: Hendra, what made you decide to go to Arizona?

Hendra: I decided to go to Arizona State University to study because very
few Indonesians went to school over there. My objective wasn’t only about getting a degree, but also learning about international culture.

It was better for me to go to a school where I could interact with other people from different nationalities. When I finished my undergraduate degree, I did my master’s at the American Graduate School of International Management in Arizona.

Did that give you an advantage over other Indonesian nationals?

Absolutely. At the end of the day, business is not just about getting the degree, but also about how you socialise with other people from different regions, with different backgrounds and cultures. I think it was also an advantage for me because it was my first time travelling overseas. I wanted to stay in other countries for the next four years.

It was pretty rare back then for Indonesians to travel overseas. Has that changed? Are there more going over to places like Arizona?

I think the peak time for Indonesians moving abroad was around 1997 to 2005. To be honest, the climate in Arizona is very challenging for Indonesians. The temperature in summer can go as high as 45–48 degrees Celsius, so it’s pretty hot.

After finishing your study in Arizona, why did you decide to come back to Indonesia instead of staying in the US?

I moved back for a couple of reasons. First, Indonesia is my home. I wanted to do something not just for myself but for my country as well. Second, I have a younger sister and I really wanted to help her out. So I decided to fly back to Indonesia for work and family.

I have a brother and three sisters, two older and one younger. All of us are overseas graduates, from the US and Australia. I think we all went overseas because our parents wanted us to go as far as possible in terms of our education. It’s every parent’s dream: to make sure all their children get a proper education.

You’ve most certainly made your parents proud.

I think my family is very fortunate, because not everyone has the same opportunities that we had, so my siblings and I really appreciate what our parents have done for us.

You worked at PwC for eight years. What skills did you acquire there?

My expertise was in project financing. In terms of industry, the partner at the time assigned me to be responsible for infrastructures and resources, meaning mining, gas and other resources. In terms of client specification, I was responsible mainly for state enterprises.

Did the experience prepare you well for Rajawali?

Yes, because you’re dealing with people from different industries. But when I first joined Rajawali, my responsibility was not mining resources. I was initially hired by Rajawali
to do infrastructure, managing a body of road-development projects. Does being the CEO for the Mining Resources division excite you?

Yes, of course, because I think my passion is developing something from scratch. The way I look at it, it’s not a challenge but an opportunity. Mining and resources is not as simple as people think.

It’s not easy to implement something in Indonesia because the regulations keep changing, meaning you have to basically modify all your default equipment and operations. Also, you have to be involved in all areas of the project: development, financing and operation.

Mining and resources is not as simple as people think. It’s not easy to implement something in Indonesia because the regulations keep changing.

So it can be quite challenging, but it’s also very exciting and rewarding once you know what you’re doing in managing the entire process from start to end. It is very attractive to someone like me, because I like taking on the pressure.

What are some of the initiatives or strategies that you’ve been most proud of in your time as Mining Resources CEO?

I’ve been proud of the past seven or eight years overall since I was asked to develop the Mining Resources portfolio from scratch. I started with coal, then moved on to gold, and after that went with the iron sands.

My first initiative was to acquire a coalmining asset for the group. The reason I decided to enter the coal business was because it’s a simple resource to handle from a technical perspective.

If you can find a coal seam, you’ll be able to handle the boom and bust cycles of the mining industry in terms of pricing, cost and everything else. We have two coalmining assets at the moment. One is in East Kalimantan and the other in South Sumatra. That amounts to about 500 million tonnes in resources combined. In terms of reserves, I think it’s more than 300 million tonnes.

Two or three years after that, I decided to enter goldmining. So I started going through all the country’s gold assets. I had the opportunity to meet with a CEO of a public trading company based in the UK. We developed that project also from scratch, and went through with the project financing activities. Now we are in our fifth year of operation.

I’ve decided to enter into other minerals, such as the iron sands. Going forward, I think the key minerals to produce steel will no longer come from iron ore, because it is a non-renewable resource.

Iron sands is a resource for the future, in terms of environmental sustainability. The technology used to process iron sands is quite different as well. That’s the overall strategy that we have been adopting for the past three years.

Is it difficult staying on top of the latest market trends?

Yes, because as things change over time, so do the issues and challenges, especially in our country. But I think so far we have been okay. We’ve been able to pass through all the turbulence.

How would you describe your style of leadership?

It’s very simple. In terms of technical expertise, you’re always learning over time, navigating new things, especially in an environment like Indonesia. I know that having strong individual skills is important, but if we don’t have strong teamwork, it’s going to be very difficult to power through all the challenges.

We have to be strong in difficult times, so we need to work as a team. From time to time, especially when you are on a project for several months, you might not know every last detail, but you do have to understand the important aspects of the project as a whole. So teamwork is very important.

What is the mining resources sector like in Indonesia now compared with when you started in 2009?

That is a very good question. I would say the mining resources sector back in 2008 and 2009 was much better than now, because at the time the industry was on an upward trend and hitting its prime.

Past 2011 and 2012, there were difficulties because of the commodity price, as a result of the global financial conditions. So it was tough from 2012 until maybe 2014. Since late last year, things have started picking up again, but it was still better then than now, because a lot of things have changed over the past seven or eight years.

Rajawali must be feeling pretty lucky to have you at the helm.

Put it this way: I’ve gone through all these processes and all this macroeconomic turbulence over the past eight years, and I’ve come through the other side. So I think I’m the one who’s been very lucky. 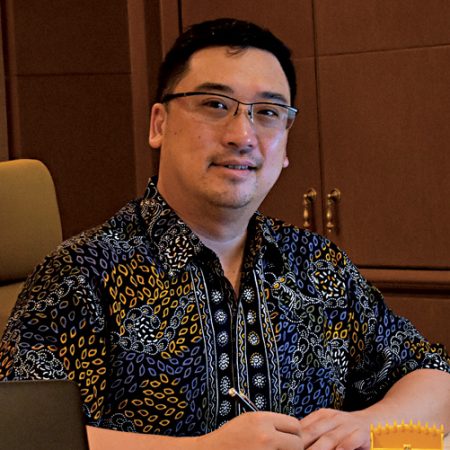