It’s surprising what can be done when you believe it’s possible: Michael Parker 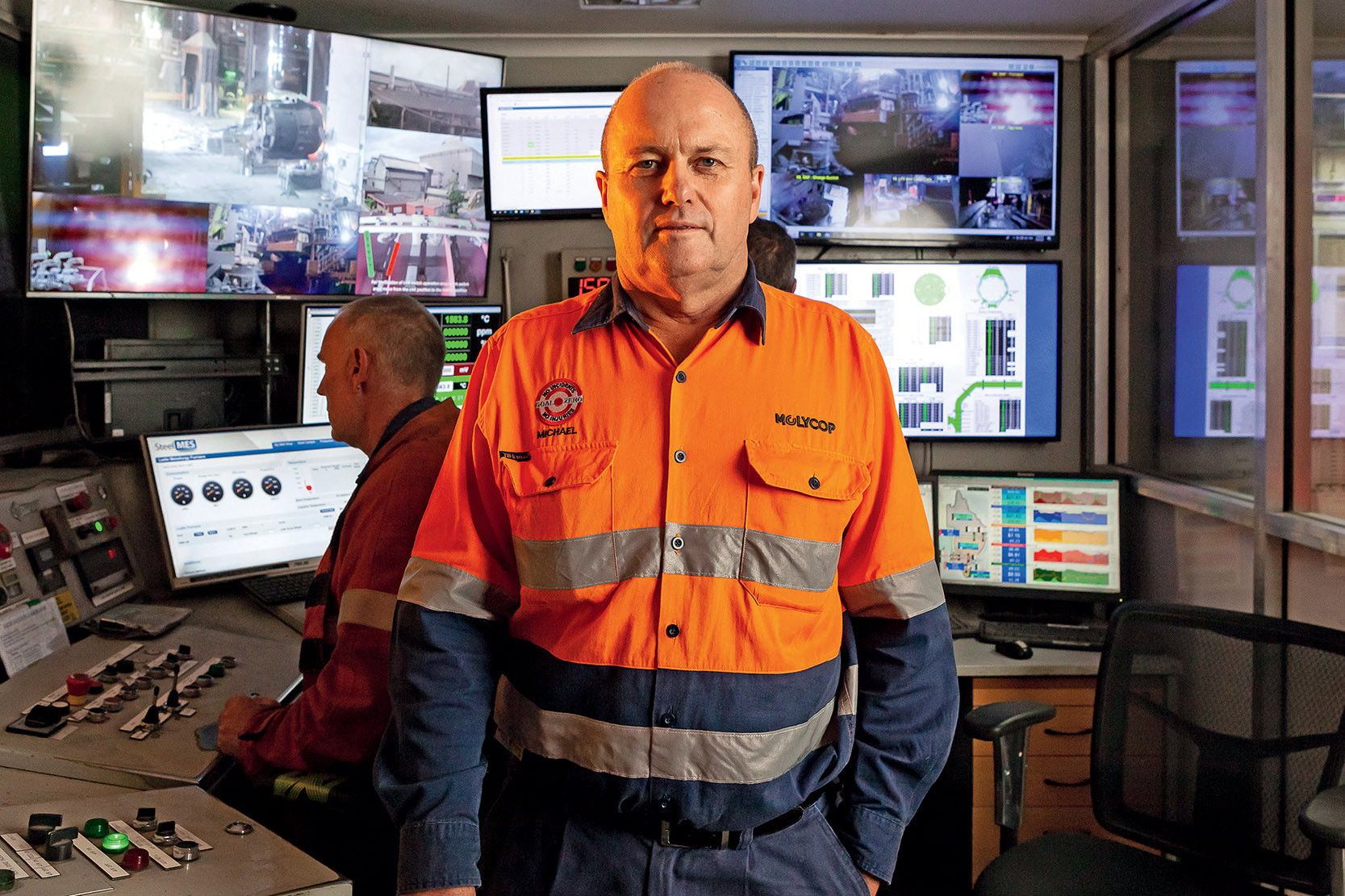 Heavy industry in Australia has been dwindling over the decades. During his 40-year career, Molycop’s Australasia President Michael Parker has seen massive restructuring of the Australian steelmaking industry. “I’ve witnessed much of the industry disappear,” he says. “That’s why when I joined Molycorp, I focused on what we could do to improve our cost competitiveness. I wanted to build on the legacy of a company that has been around for a hundred years and central to the development of the hard rock mining and rail industries in Australia.”

Molycop is the largest and most experienced supplier of grinding media and associated services to the mining industry worldwide. With headquarters in Omaha in the US state of Nebraska, the company has 12 manufacturing facilities and 40 locations globally. The Australian arm has been operating for more than 100 years. It started with the formation of Commonwealth Steel in 1918 to localise production of rail products, Electric Arc steelmaking commenced in 1919 and the company expanded into grinding media production around 1930 to support the burgeoning hard rock mining industry. The global Molycop business was acquired by American Industrial Partners in 2017.

When Michael joined Molycop in 2013, he knew maintaining steelmaking would be a significant challenge. Now, steelmaking is central to the company and underpins its sustainability credentials. “It’s our platform to grow,” he explains. “Steelmaking provides us with a fully integrated local supply chain that enables us to assure supply to our customers. It sustains the quality of the products we make. What was seen as a problem area of the business is now part of our competitive advantage.”

Looking at company cost reduction was gruelling, but Michael’s most significant challenge has been navigating Australia’s energy costs. “Electricity costs escalated to a point where they were double what our competitors were paying overseas and there were times where we simply had to shut down and wait for prices to fall,” he recalls. “This is part of the reason we decided to go with more renewable energy, to get more certainty over our electricity costs.” Michael’s career kicked off at mining company BHP in Newcastle as a trainee metallurgist when he left school. “I was employed full time, and attended university and got work experience at the same time,” he remembers.

Towards the end of that traineeship, Michael moved into operational and technical roles in the iron-making section. From there, he progressed to management positions. Upon BHP’s closure of its steelworks in 1999, it retrenched 2000 workers and 1000 contractors. Six months before the closure, Michael moved with BHP to Port Kembla, which became BlueScope Steel.

“At BlueScope Steel, I took on my first business unit role, running the Packaging Products business,” he says. “After that, I moved into the sales marketing role responsible for products such as COLORBOND® and ZINCALUME® steel.”

Eventually, Michael left BlueScope – which was running into problems and closed half of its plant – for Arrium Limited as General Manager Occupational Health, Safety and Environment, and 18 months later joined Molycop. His primary focus was on moving the business forward and making it a competitive, sustainable Australian manufacturer.

“We acquired another Australian grinding media business, Donhad, and integrated that into our operation,” he reflects. “We wanted to scale the business to be more competitive against imports. We also wanted to build on our sustainability credentials. More than 90 per cent of our raw materials comes from recycled products. We’re also now one of the largest purchasers of renewable energy in Australia.”

In 2019, the company entered a long-term Power Purchase Agreement, backed by offtake agreements with the Bomen Solar Farm and the Sapphire Wind Farm, making Molycop one of the largest supporters of investment in renewable energy in Australia. Molycop’s expected offtake of renewable energy is “100,000 megawatt hours per year – just over half of our estimated electricity purchases, resulting in 75 per cent lower carbon emissions than our competitors”. 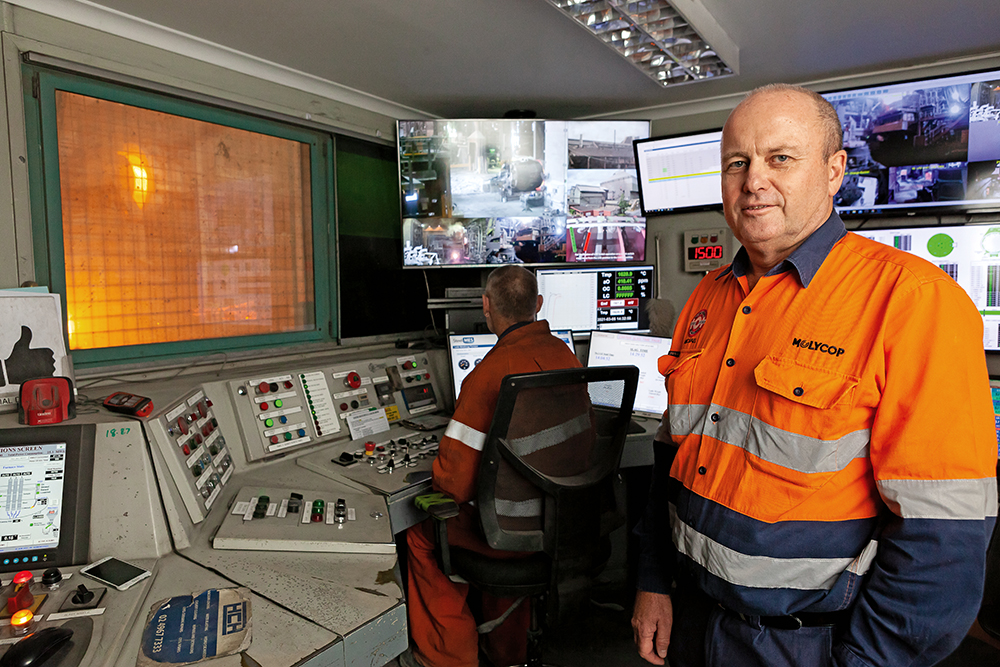 We’re open and transparent around how the business is performing and why we do what we do.

Molycop has also collaborated with the University of New South Wales (UNSW) since 2013 to commercialise new technologies to recover valuable materials from waste streams. “We’re not a dirty old steelmaker,” Michael says. “We’re a responsible, sustainable, progressive Australian manufacturer at the forefront of decarbonising our supply chain.”

Carbon is required to make steel and Molycop has typically imported this from countries such as China, where it has been derived from oil or coal. A technology invented by the UNSW enables the company to replace half of the imported carbon with a waste polymer such as rubber. “The rubber will be sourced from processing end-of-life tyres,” Michael explains. “We’ll also utilise the steel cord from tyres and recycle it as our Electric Arc Furnace.”

In April 2021 Molycop completed the acquisition of resource recovery business to grow its presence in the circular economy. Molycop’s move to leverage and build the inherent capabilities of its domestic steelmaking operation challenges the status quo.

“Our Private Equity owners have been very supportive. They expect us to persist and find answers and solutions,” Michael says. “If you believe something’s impossible, it’s impossible. It’s surprising what can be done when you believe it’s possible, get everyone on board and push forward.”

COVID-19 has presented many challenges including the impact on sea freight movements. “There’s been global disruption, and they’re skipping Australian ports,” Michael says. “So we moved quickly to charter our own ships and even send products across the country by road to guarantee supply to customers. Fortunately, this is one of our strengths. “We’ve seen import competitors fail and let customers down at times, so we’ve been able to step in. It’s been a challenge, but it’s also presented opportunities. We have a local supply chain with plenty of options that has allowed us to maintain and guarantee supply.”

Part of the company’s legacy is the role it has played in Australia’s economic development. Molycop is the sole local manufacturer and supplier of specialised products and services vital to the mining and rail transport industries, with almost 600 employees and 700 active local suppliers. It celebrated 100 years of manufacturing in 2018. “Our products are as good or better than most in the world,” Michael boasts. “We’re a fully integrated steelmaker that has been operating continuously for more than a hundred years. We spend a lot of time encouraging our people to be proud of not only what they do, but also how we go about it. We pride ourselves on being responsible and progressive in how we run our operation.”

The company has a long history of valuing safety. Now more than ever, Michael believes this requires a holistic approach to cover both physical and mental health, and wellbeing. “We’ve done a lot of work on bringing mental health to the forefront,” he says. “We encourage people to look out for their mates, talk to someone if they’re struggling and simply ask if someone’s OK.”

Michael believes he and his team should always be up-front with his employees about Molycop’s successes and challenges. Whatever decisions are made, employees deserve to know the reason behind it.

“We’re open and transparent around how the business is performing and why we do what we do,” he notes. “We have to be honest about what’s going on. It’s easy when something is positive, but there are sometimes difficult situations too. I think if most people see the rationale behind something, they can accept it.”

Persistence and teamwork are the other critical aspects of Molycop’s leadership. “It’s important how you lead through challenges and keep looking for a way to break through,” Michael says. “A business runs well when it has everyone pulling in the same direction.” 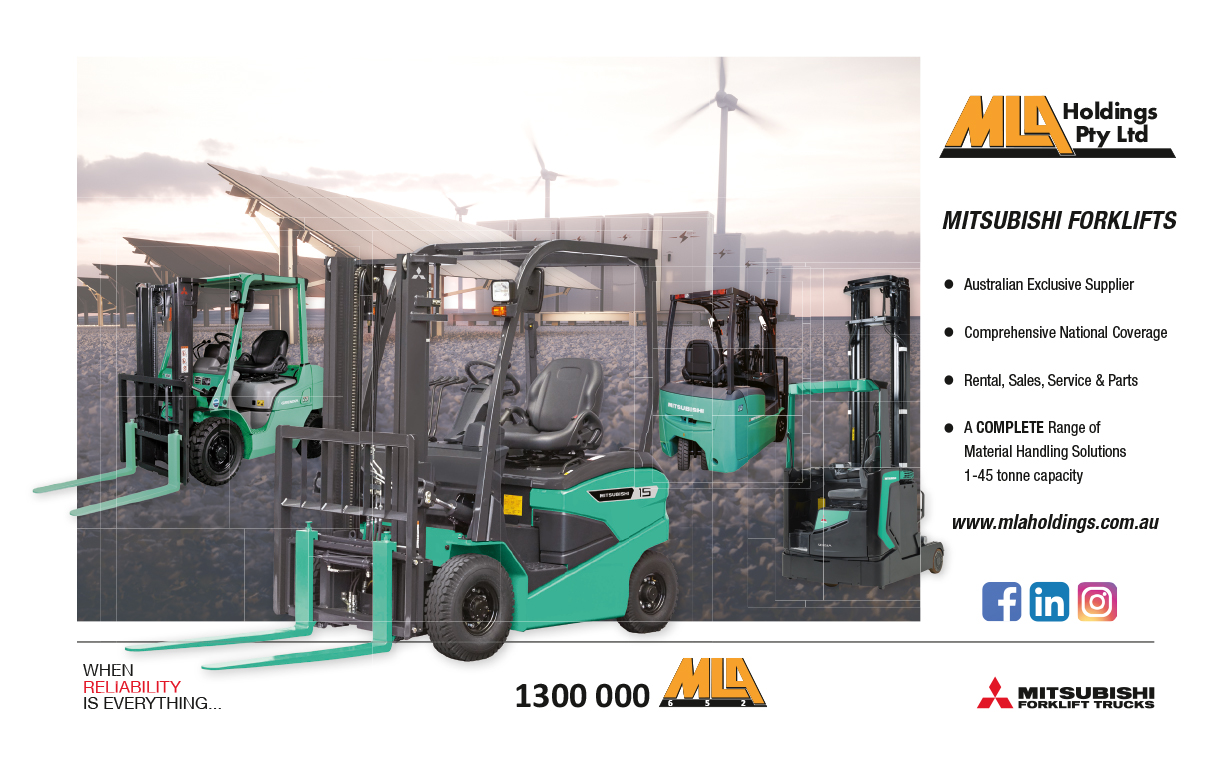 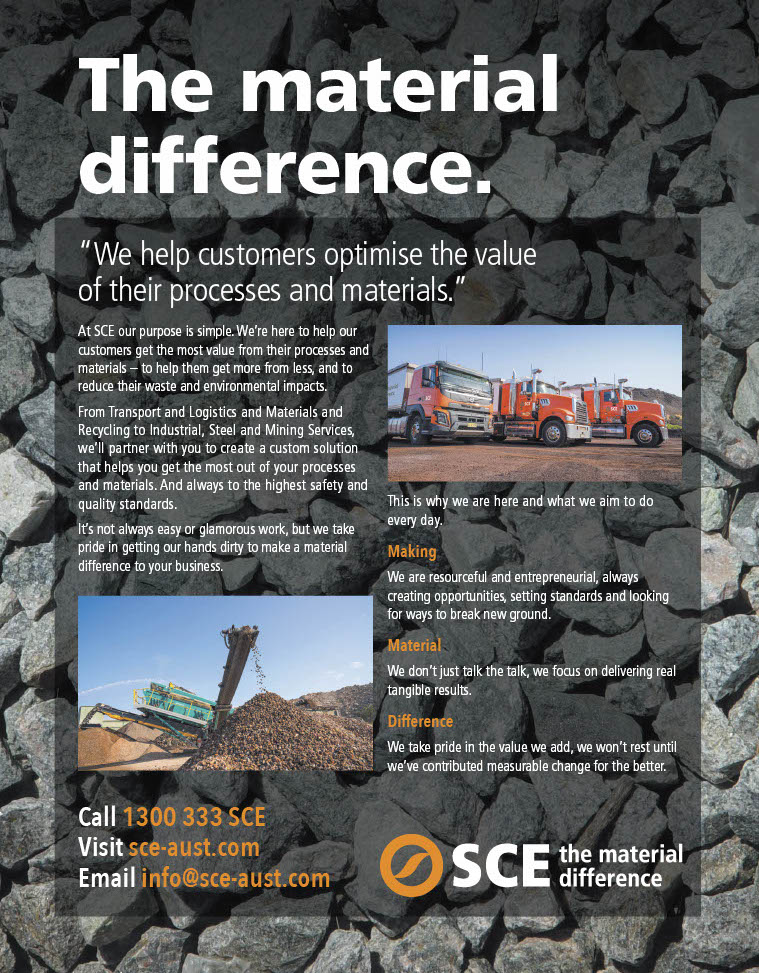