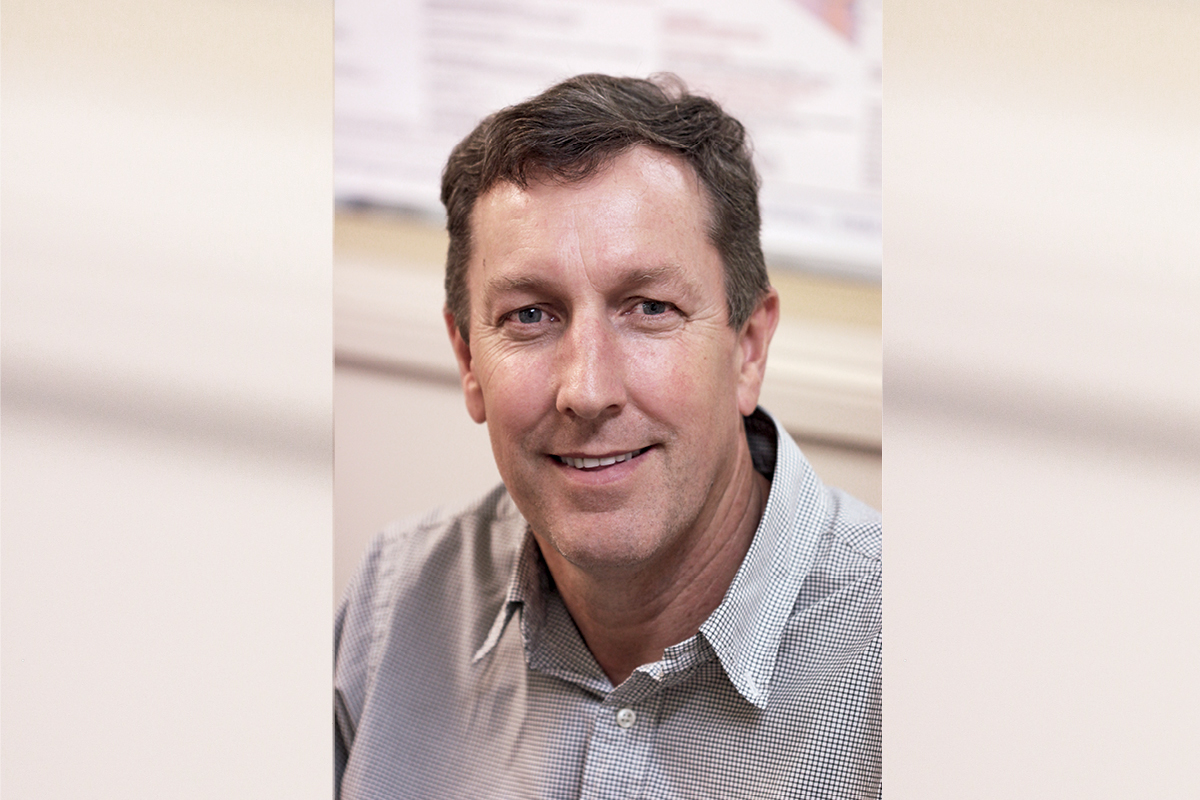 Aurelia Metals’ CEO and Managing Director Jim Simpson let slip a bemused snicker when he’s asked about the secret to his success. After all, it’s a secret; why would he tell anyone? Luckily though, he obliges, telling The CEO Magazine that it is his ability to “turn average businesses into good businesses”. That much is obvious.

At Aurelia – an exploration and mineral development company based in Orange, New South Wales – Jim has overseen the business’s revival from a risky, debt-saddled investment to one that enjoys huge growth opportunities and impressive profit margins. 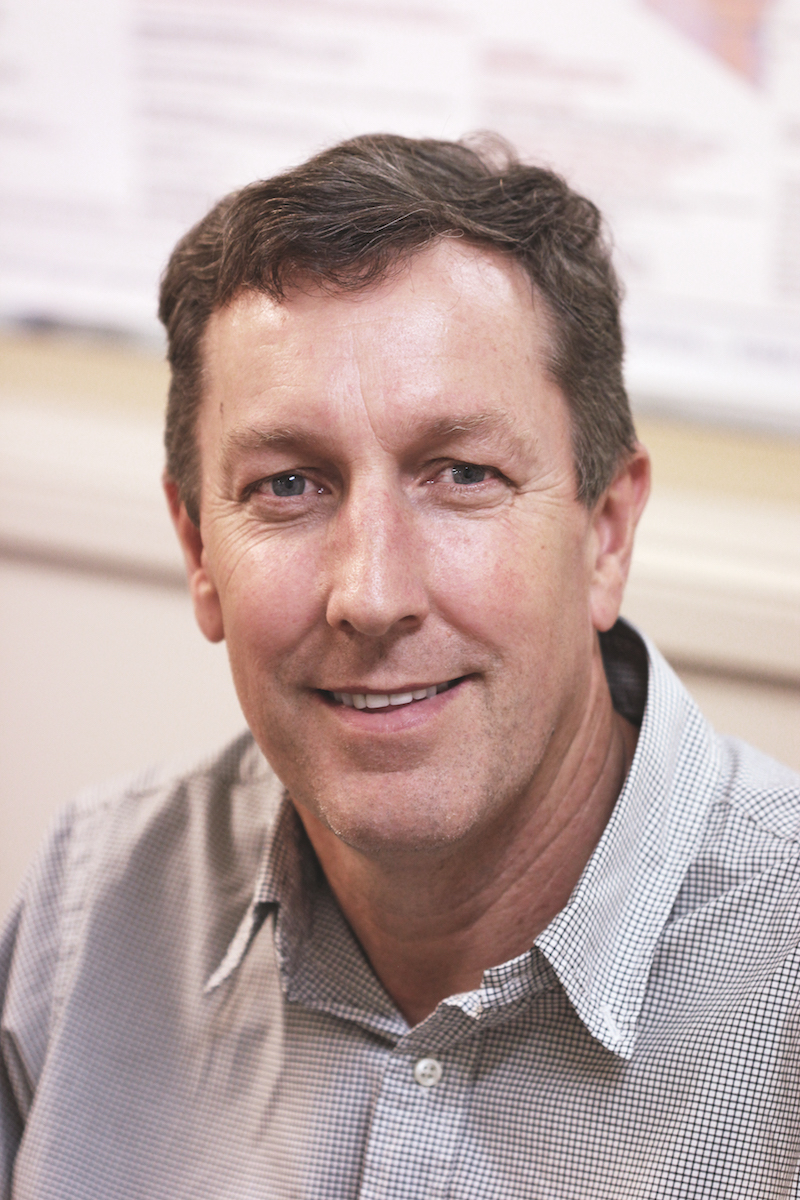 “I owe it all to a mix of management, technical and commercial skills,” Jim says. “It’s a critical and necessary balance you need to strike in the mining industry.”

That has defined Jim’s approach to business for more than 30 years.

He’s a remarkably sharp and plain-spoken man, which is emblematic of both his practical approach to business and his rural upbringing.

He proudly calls himself a “country boy”, having been raised in Coonabarabran (or ‘Coona’, as the locals call it), a rural town in New South Wales with a population of a little more than 3,000.

Jim’s father was a farmer who lost everything, so discouraged him from becoming one too. “Dad said to me, ‘You need a career. If you like farming, you can farm when you’ve got something to fall back on.’

So, he was instrumental in making sure I received an education and went to university.”

Although agriculture did not appear promising, Jim wanted to ‘work the land’. Eventually, he realised that mining and engineering was an effective way to do that.

“I never expected to get to where I am today, but I did see a potential future in the industry.”

“I wanted to work in the sciences and of all the engineering disciplines, I felt mining was the one for me.” After consulting with the University of NSW, he was convinced it was the right move. “I never expected to get to where I am today, but I did see a potential future in the industry.” 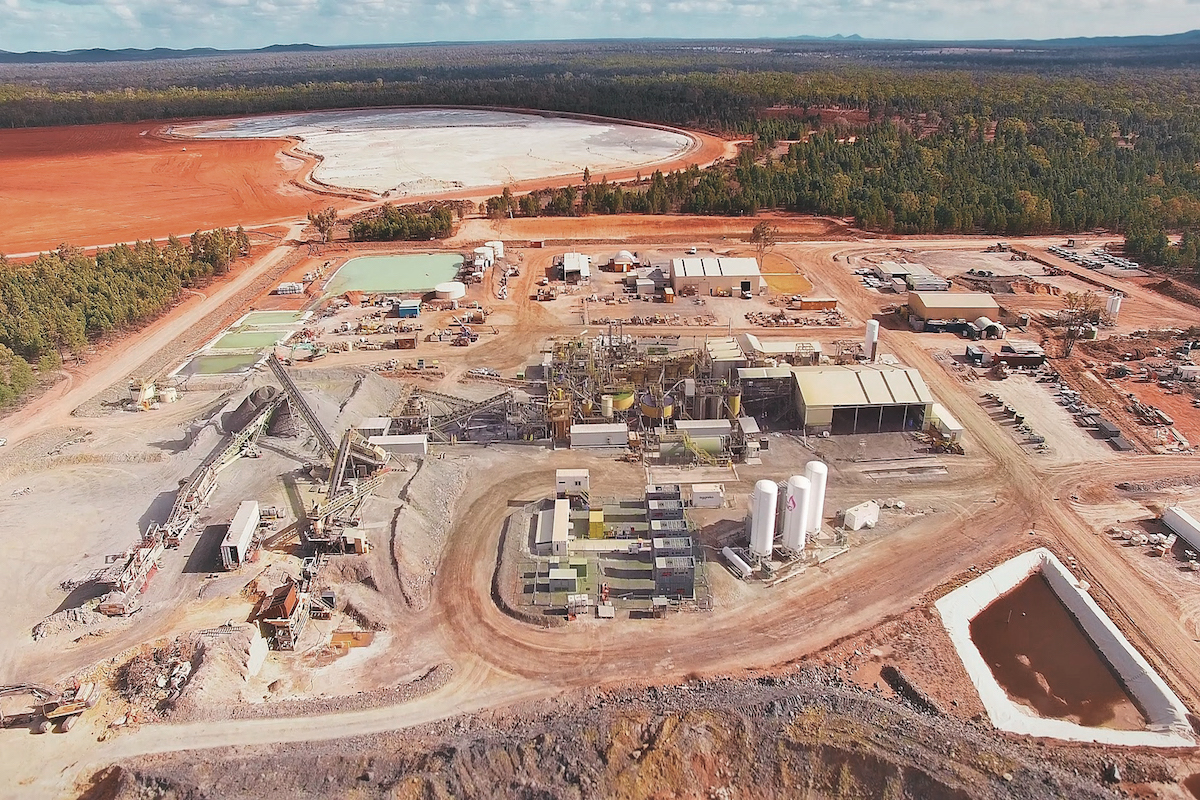 After graduation, Jim started out as a mining engineer. In a recent talk with the Sydney Mining Club, he reminisced about his days “down the hole, in the dark, with just a cap lamp to guide my way… talking to one person a day, singing to myself”.

Moving through the ranks of management and into advisory positions, Jim gained a breadth of experience in his 30 years in the industry, managing mines in Mount Isa as well as Peak and Cobar in New South Wales.

After leaving mining to explore other business opportunities, he began consulting for Denham Capital, which is where he came across Aurelia Metals’ Hera mine. “I could see a lot of room for improvement,” Jim says. The mine was in disarray, with abysmal value and bad operational problems draining Aurelia’s bottom line, he explains.

Jim initially offered consultancy services to the company, which used him to help renegotiate the mine’s contracts and operational costs. Impressed with his work, the business eventually offered him the position of CEO.

That was when Jim became determined to pick apart the myriad issues in the company, recalling a lesson learned from farming; that “you had to be efficient, you had to be effective, and you could never overcapitalise”. The solutions were not easy, but Jim was successful in diagnosing and resolving the challenges. 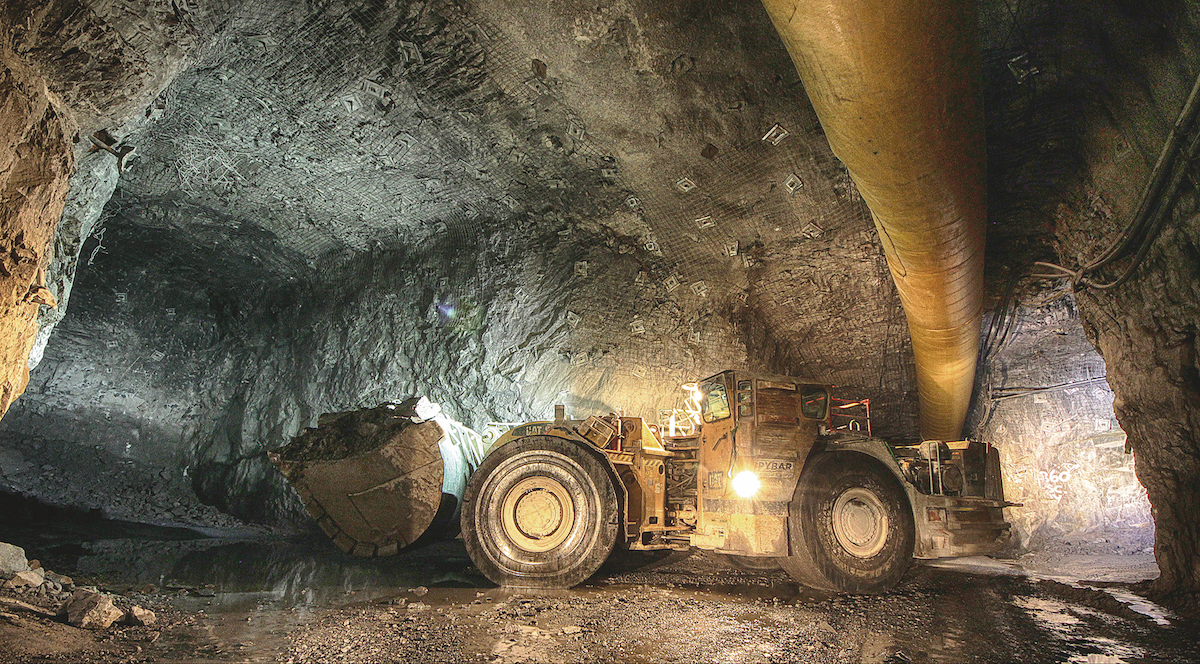 “The first thing that any manager or executive must do is examine costs,” he adds, “and I found that the company was offering unreasonably expensive contracts; we successfully renegotiated them to lower costs. After that, we looked at the mining practices, which were highly inefficient and resulting in significant wastage.

We worked on ensuring that imaging was done in the right areas, that materials weren’t being double handled, and that we were moving equipment the shortest possible distance. It’s a lot of simple, logistical stuff that tends to be overlooked but is necessary for any successful operation.”

They were answers that, in hindsight, sound simple but were often ignored or unnoticed. Of course, Jim had the experience and the patience to act, and he implemented a wide range of policies to cut costs and improve operations for Aurelia.

“You can be efficient and expand capacity simply by de-bottlenecking. If you can couple that with a war on waste, you tend to find that throughput will increase markedly, while costs come down and profits increase.”

“You can be efficient and expand capacity simply by de-bottlenecking.”

On top of that, Jim says that investors who saw their money disappear weren’t interested in reinvesting in Aurelia. It was only after he helped Aurelia repay its debts that the company regained the confidence of its investors. It’s difficult to argue with his approach – since his appointment in 2016, Aurelia’s share prices have tripled to reach record highs.

Still, even with such enormous growth, the future of the mining industry is concerning to Jim, due to a dwindling workforce. “There has been a significant migration of young people to the coast for university studies. 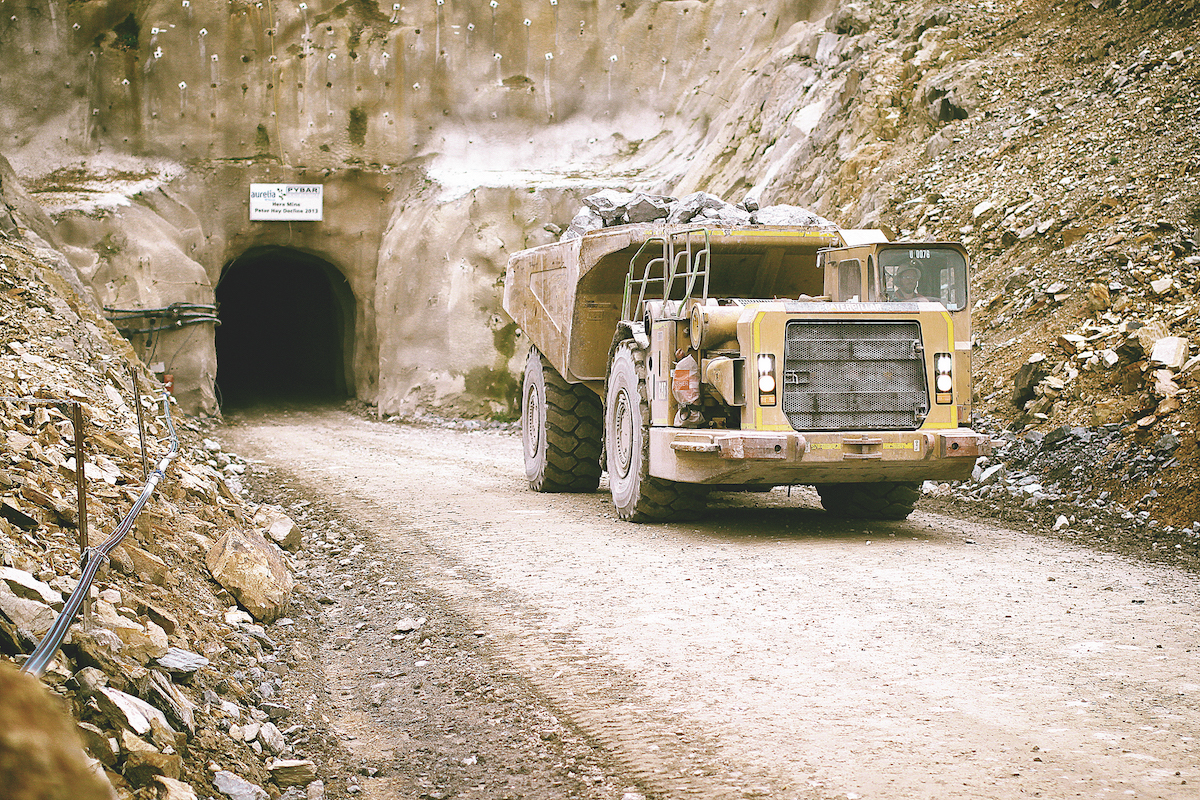 Although we are starting to see universities established in Bathurst and Orange, you cannot deny that talented individuals aren’t sticking around.” Jim believes that if the mining industry is going to have a future, it will need to somehow reverse that trend.

“With so much of Australia’s GDP coming from mining, we need to do something to attract the youth into the industry, and we need rural universities that offer courses in earth sciences, energy, mining, engineering and geology. We need to attract more young professionals to rural Australia.”

As trade tensions escalate between the US and China, Australia is at risk of its economy slowing due to its reliance on trade with China. Any contraction of the Chinese or US economy would almost certainly reduce demand for Australian metals. Jim is keenly aware of the issue, and says the situation is already of some concern to Aurelia.

“Tariffs would certainly have an impact on the pricing of metals, because it’s dependent on supply and demand to smelters,” he tells The CEO Magazine. “Tariffs can certainly disrupt that, but a lot of that does depend on where tariffs are placed and how the countries involved react to them.

“The price of metals is global, and any slowing of trade between the US and China will certainly have a global impact, not least of all on pricing. We’re very reliant on China and, for smelting, we are somewhat beholden to the region. Any impact that tariffs may have on those smelters or on the refining of metals can and will have an effect on us.”

Still, while economists are yet to fully understand the impact of the trade war between the US and China, Jim says that Aurelia has not yet experienced any knock-on effects of tariffs. He adds that appropriate foresight, oversight and management will guarantee Aurelia’s ability to weather all challenges, even a trade war.

Regardless, if Jim has proven anything in his 30 years in the industry, it’s his uncanny ability to overcome challenges and achieve improbable success. He’s succinct about his business message, and blunter still when asked about what advice he would give someone seeking to replicate his model for success. “It’s simple.

Poor businesses result from poor skills. That’s how I’ve approached every opportunity in my life, and I think a lot of people would be better off if they were to heed that.” 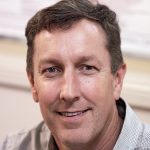