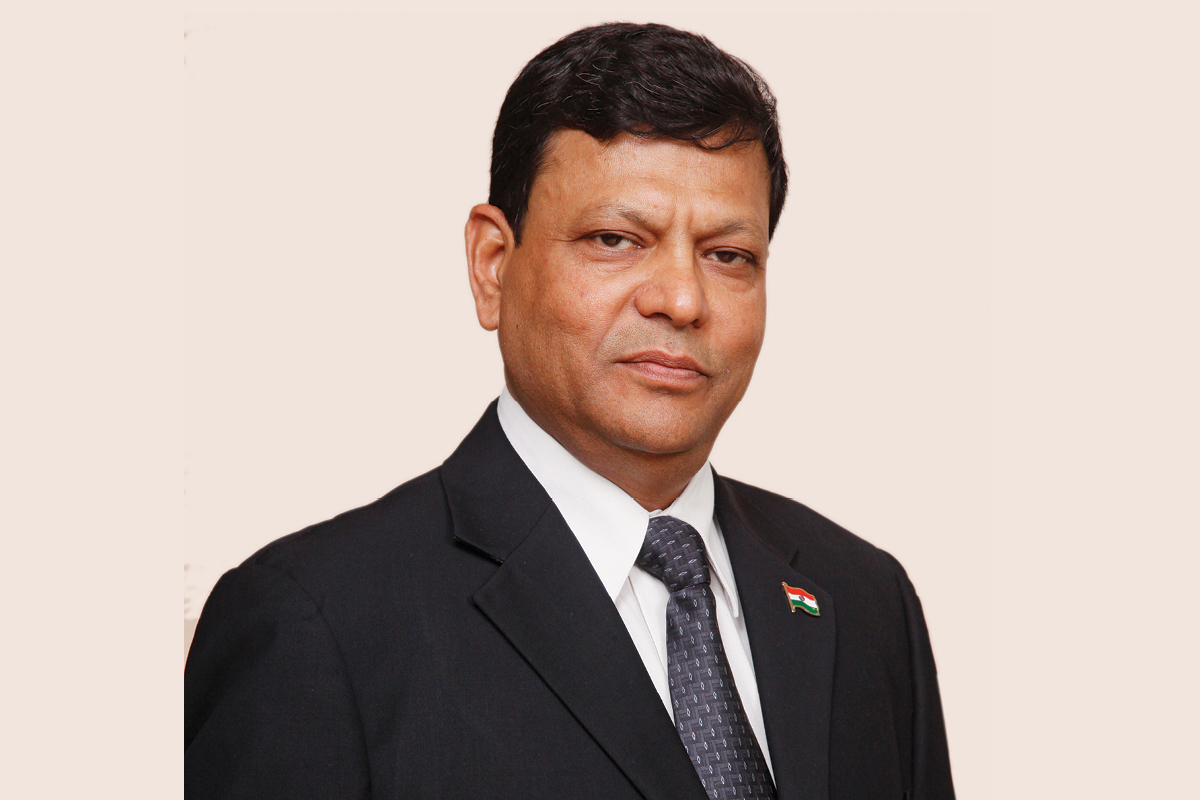 Progress usually comes one step at a time, but some visionaries can see the whole journey. The challenge of building a nation of over a billion people requires bold plans from innovators and the will to see them through.

Currently the world’s seventh largest economy, India enjoyed GDP growth of 7% in 2018–19 – the fastest growth in the world – and is expected to become the third largest economy over the next decade. Infrastructure is a crucial ingredient in that growth, requiring raw materials and structured development to drive it.

Naushad forged a distinguished 34-year career in steel manufacturing at Tata Steel, before he accepted the role as Executive Director at the Patratu unit of JSPL in September 2008. At Patratu he commissioned two rolling mills with a combined capacity of 1.6 million tonnes per annum.

He was subsequently appointed Executive Director of JSPL Raigarh, a 3.5-million-tonne facility, and full-time Director of JSPL, part of the US$18 billion OP Jindal Group, with a presence in the Indian steel, power, mining and infrastructure sectors.

“After my periods in Patratu and Raigarh, I was sent to Oman, where I spent more than five years. In that period, we set up the rolling mill, created a market for our product and became number one in Oman and number two in the UAE. That was a success story. I’m here now in India as the joint Managing Director of the entire operation, looking after the steel, power and mining businesses.

“We want to build the nation of our dreams. And that’s exactly why we are doing this.”

“When I joined in 2008, we were a three-million-tonne steel plant. Today, our Indian capacity alone is 8.5 million tonnes, plus 1.6 million tonnes at the Patratu rolling plant and 2.5 million tonnes in Oman. So you can see our growth has been phenomenal.”

In that time Naushad has overseen significant changes in the company’s manufacturing processes, which are reflected in the evolving education and skills of the company’s employees. “Automation levels have introduced substantial changes – we can operate the plant today in a far better manner than previously,” he says.

“But one of our big challenges is getting the right people, managing their skills and making sure they remain. In India, some skills are in short supply. Steel plants are not easy places to work, so we want to make sure that the right skills remain, especially while we are expanding.

“We can also make the entire area much safer than it was,” he points out. “Data analysis helps us to find ways to improve the operation, and those improvements have been tremendous.” 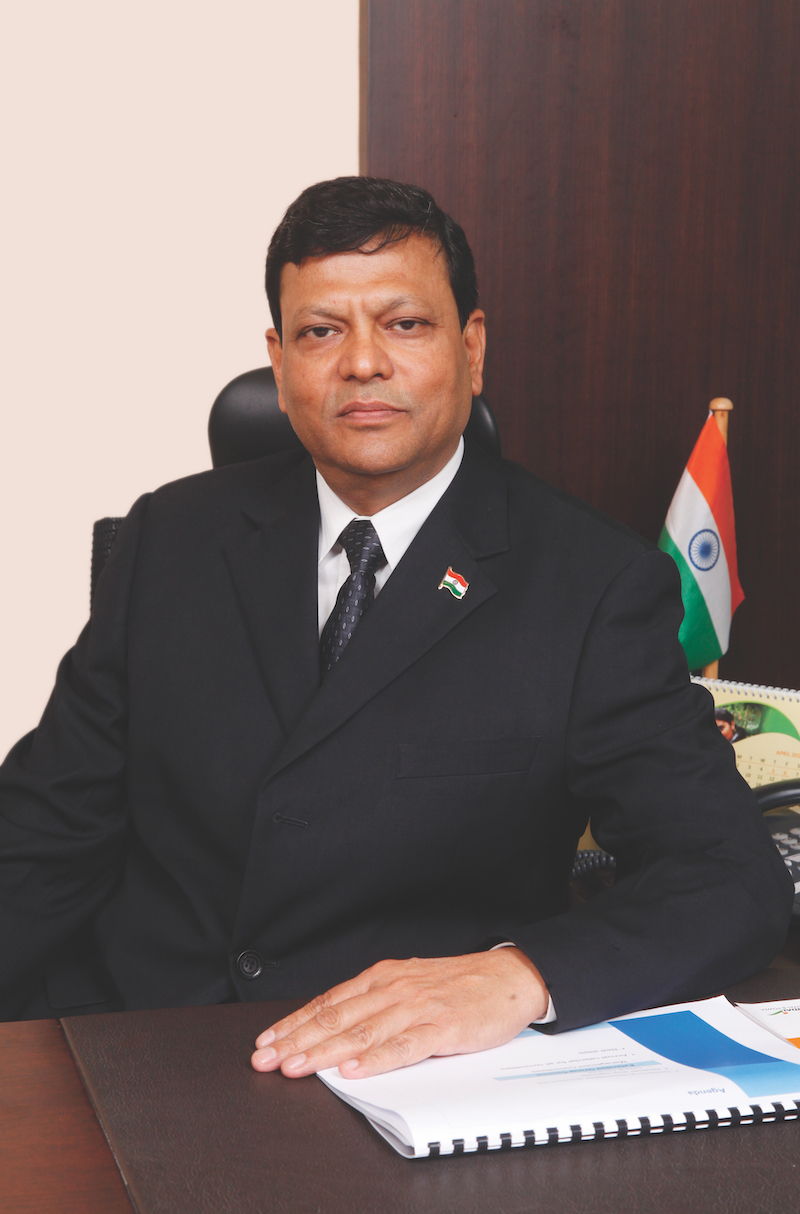 So too have environmental regulations been updated and enhanced. This, says Naushad, has dramatically reduced the negative impacts of pollution on both employees and local populations near JSPL’s operations. “They are far more stringent than they were,” he says.

It hasn’t all been plain sailing for JSPL, however. Naushad alludes to a difficult period when a coal gasification plant was planned at Angul. That plan, and the company’s future, were severely jeopardised by government changes and the closure of coal mines, but JSPL survived through sheer determination.

“That’s when you really see the character of the organisation under its visionary Chairman Mr Naveen Jindal and employees,” says Naushad. “Despite financial difficulties, an acute shortage of funds and a struggling market, we completed India’s largest blast furnace project at Angul on time, which changed the fortunes of the company later.

“This is such a turnaround story. In India, several steel companies have gone under, but after 14 quarters of making a loss we still had the capacity to fight back and return to profit.”

India’s rapid growth places heavy demand on manufacturers like JSPL to provide the raw materials to keep national development on track, and Naushad acknowledges the challenge. “India’s steel demand is expected to grow very substantially. Today, we consume about 67–68 kilograms per capita and we expect that to at least double in another 10 years. So obviously we will be looking at increasing our capacity,” he says.

Naushad has set clear goals for the next five years to position the company ideally for that expected growth. He lists cutting debt and increasing EBITDA by ensuring that JSPL is the supplier of choice for its customer base, and adding value in additional processes.

Naushad counts on his fingers three major challenges to his growth projections. Of primary importance, he points out, is the skill level available in India; another is the quickly evolving market itself; and the third is the development of logistics within India.

“While a lot of work has already been done on railways and roads, more is required,” he insists. “As production increases, not only in steel but many other areas, more raw materials and products have to be shifted.”

JSPL at a glance

Relationships with suppliers and vendors have always been a particular strength of Jindal’s, says Naushad, with clear long-term understandings. “It is also true that we have the same strong relationships with our customers, and with the populations in Raigarh, Angul, Patratu and Oman. It’s that kind of dedication that sets JSPL apart from any of our competitors in India and around the world. JSPL is a class apart because of the tremendous level of ownership that people have at both the grassroots level and leadership level.

“It is our job to make sure that the needs of the country are fulfilled.”

“As an organisation, we must make money, of course, which should be used not just for shareholders but for the development of the entire society. We need to have a sustainable business model in which the environment and society are being taken care of,” he says.

“It is our job to make sure the needs of the country are fulfilled. We believe that we are engaged in nation building and, as our chairman keeps repeating, we want to build the nation of our dreams. And that’s exactly why we are doing this.”