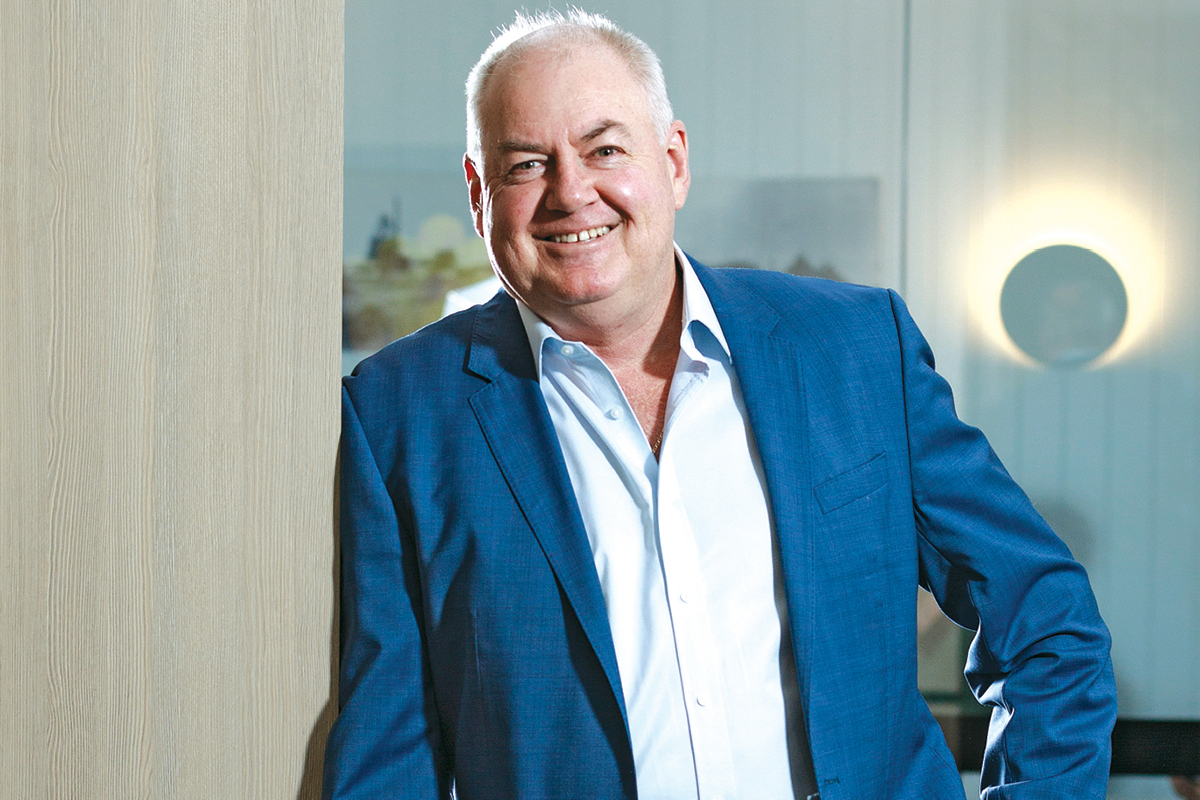 Since the discovery of gold at Bathurst in 1851, which was quickly followed by the Victorian gold rushes, more than 1,600 substantial mineral deposits have been unearthed throughout Australia. The news of these discoveries captured the imagination of the world and sparked a massive influx of immigration to the young colony, and is largely responsible for the creation of the booming cities of Melbourne and Perth, as well as a host of new jobs and industries. In reality, it is a resource boom that is the basis for every surge in growth and prosperity that Australia has witnessed.

Over the past 30-plus years, Peter Cook has dedicated his life and career to becoming an expert in resources and all things gold – gaining experience in the fields of exploration and projects, operations, and the corporate management of several mining companies. “Armed with a Bachelor of Science degree in Applied Geology and a Master of Science degree in Mineral Economics from the WA School of Mines, I was a young convert to corporate life,” he explains. “I became a managing director when I was just 29 years old – so I’ve been at it for a more than a quarter of a century.”

The biggest move of Peter’s career came after Western Mining, one of Australia’s most revered mining companies, decided to sell its gold division in the mid 1990s. “With the support of long-term partner Peter Newton, we aligned our capital backers and purchased the Hill 50 Gold operations near Mount Magnet from Western Mining in 1996. Over the decade, we entrenched ourselves as gold miners in Australia.” The duo made their shareholders and backers a fortune twice over, selling their companies to foreign buyers in the early 2000s.

A year later, reading the metal market tea leaves, they founded Bluestone Tin, now named Metals X, and quickly built it to be the biggest tin producer in Australia and one of the largest publicly listed tin producers in the western world. They expanded Metals X into nickel and built it up to become one of the more respected, albeit smaller, diversified resource companies on the ASX. Another down-turn in metals and another cycle in the commodity markets saw base metals out of favour and with this Peter Cook saw the opportunity to return to gold.

“Over the next four years until December 2016 we consolidated ownership in Westgold Resources, acquiring the 65% we didn’t already own and making 15 acquisitions in the gold space to build Westgold to become the sixth largest domestic gold producer in Australia.

“Gold prices are usually strong when there is turmoil in world economics as gold is a safe haven and a store of wealth. Base metals are usually strong when there is economic growth in the world so in a way gold and base metals are a natural hedge against each other. So, it was logical that Metals X should split into two companies and shareholders should get to decide on metal diversification by holding each share or only one.”

In December 2016, Westgold Resources de-merged from Metals X to establish itself as an independent gold mining company in Australia – and Peter went with it. “I took on the role of Managing Director and returned to my roots as a humble gold miner once again,” he laughs. “I love gold, I love the geological and mining challenges it presents every day. The thrill of squeezing a pile of rock to extract the parts per million of gold within it is amazing. This is my passion and it’s why I love coming to work every day.”

“Our Murchison projects are possibly the biggest gold aggregation play since the Kalgoorlie super-pit was consolidated by Alan Bond in the 1980s,” Peter says. “It’s a little more diverse and a bit more complex but for the first time since gold was discovered here, one company now holds nearly all of it. In the past two years, Westgold has invested heavily in a phase of intensive capital reinvestment in its assets. This has brought it to an operating level and has set the company up for long-term gold production. This will continue until the end of this year, before we swing out into a steady state of production to create greater returns for shareholders.”

“Our Murchison projects are possibly the biggest gold aggregation play since the Kalgoorlie super-pit was consolidated by Alan Bond in the 1980s.”

Peter is steering Westgold through another commodity cycle and another phase of growth in the Australian gold sector. “What truly sets us apart is our fearless approach and the operating capability of our team. We are the renovators of the industry, we make old mines great again and we manage the hard assets of the sector and keep the industry and the regional economies around our mines alive.”

Like CEOs in any sector, there has to be a measure of success. Peter believes he has only one core KPI that matters and that is the share price. “It doesn’t matter how hard we work on the technical side, if our share price doesn’t go up, we’ve failed in the eyes of our shareholders,” he notes. “The only difference is the term of investment where sometimes shareholders want an immediate speculative return rather than a longer-term creation of wealth.” 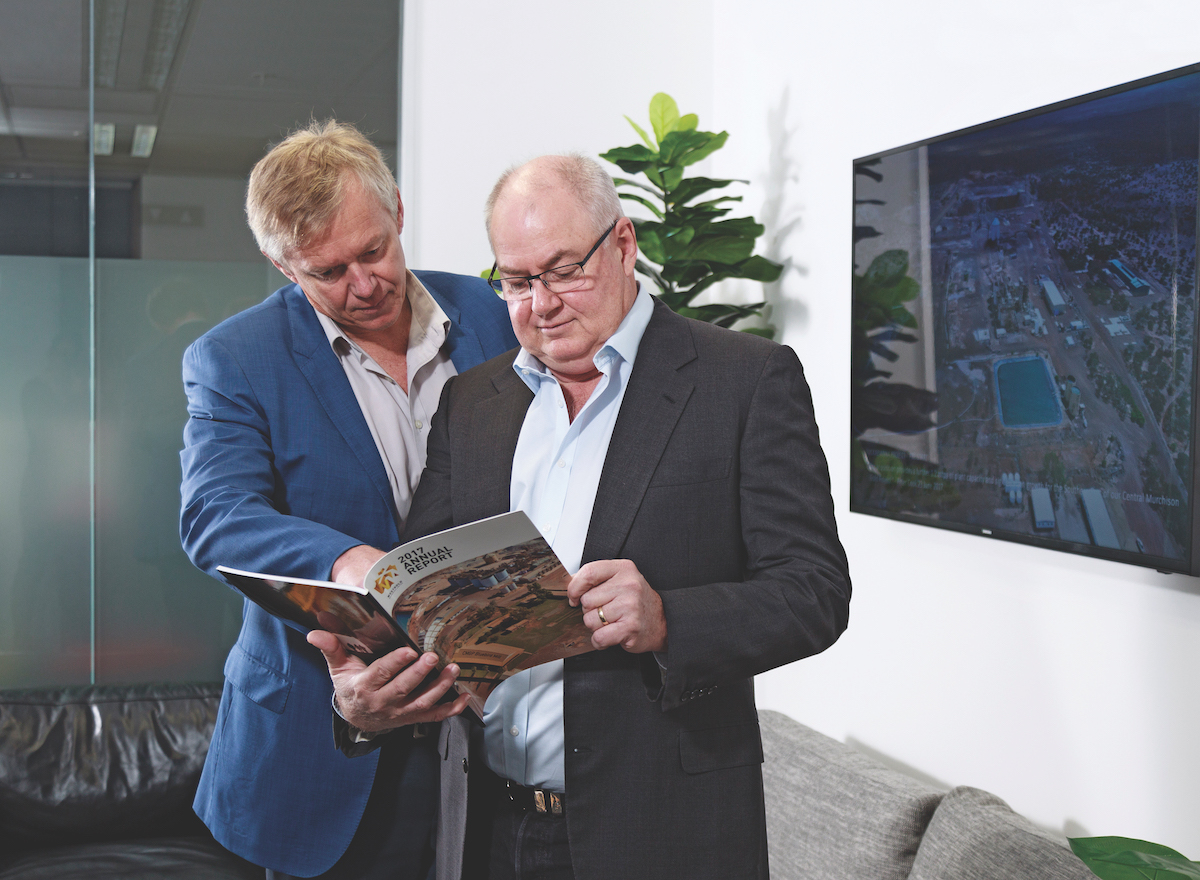 While Australia is a leading innovator in mining, Peter explains that the industry is being held back by regulators who struggle to keep up with the rapid pace of technological change. “In Western Australia, our mining act was written in 1976, before computers, before the internet, before social media. We have massive regulatory creep thanks to guidelines and ever-changing standards.

The regulators of our industry have changed from a revered group of mining experts to a multi-disciplined platoon of parking inspectors attempting to regulate with prescriptive rules and fine you for the smallest demeanour. How does this help growth and innovation? In modernity, the risk society has taken over, and in the eyes of our regulators there is not a risk that is worth taking.

“This doesn’t sit well with me. This is an industry where risk taking is paramount and it is the risk taking and efforts of our forebears that have built the prosperity of our country and given us the high standards of lifestyle we all enjoy today.

“Our governments want jobs and growth, but growth comes from innovation and investment and being able to get things done. Regulatory approvals, ever increasing guidelines, ever changing standards and the like have substantially altered the industry. It takes forever to get anything approved; it takes a mountain of paperwork and red tape. The risk-society doctrine, where there is an infatuation with safety and the future, has strangled the opportunity for growth in this country and we are fast losing our advantage as a preferred country for mine development in the world.”

“Our governments want jobs and growth, but growth comes from innovation and investment and being able to get things done.”

Peter firmly believes that a leader is only as good as the people under him. “Most of my senior executives have been with me for more than a decade. We have a hands-on executive team that considers itself to be at a peer level with our people, not disjunctive from our operations. We’re all on the same team and we’re very much in control of what happens at the ground level and in tune with the management of our assets,” Peter explains.

“To work in gold mining, you have to be a risk-taker. You have to be a decisive and you have to back your judgement. One of the hardest things to accept in business is that people can achieve the same outcome in a different way to you, and that doesn’t make it wrong. It’s about aggregating a collection of varying skills to create the best team possible.”

A 2017 review by the Western Australian Department of Mines, Industry Regulation and Safety revealed that more than A$20 billion was invested in WA’s mining industry in 2017, representing just under 55 per cent of national expenditure.

Overall, it showed that WA’s combined mining and petroleum sector is valued at A$121 billion. As of March 2018, the state had an estimated A$160 billion worth of resources projects in the pipeline, with an additional A$108 billion to spend on new mining, oil and gas projects over the coming years. 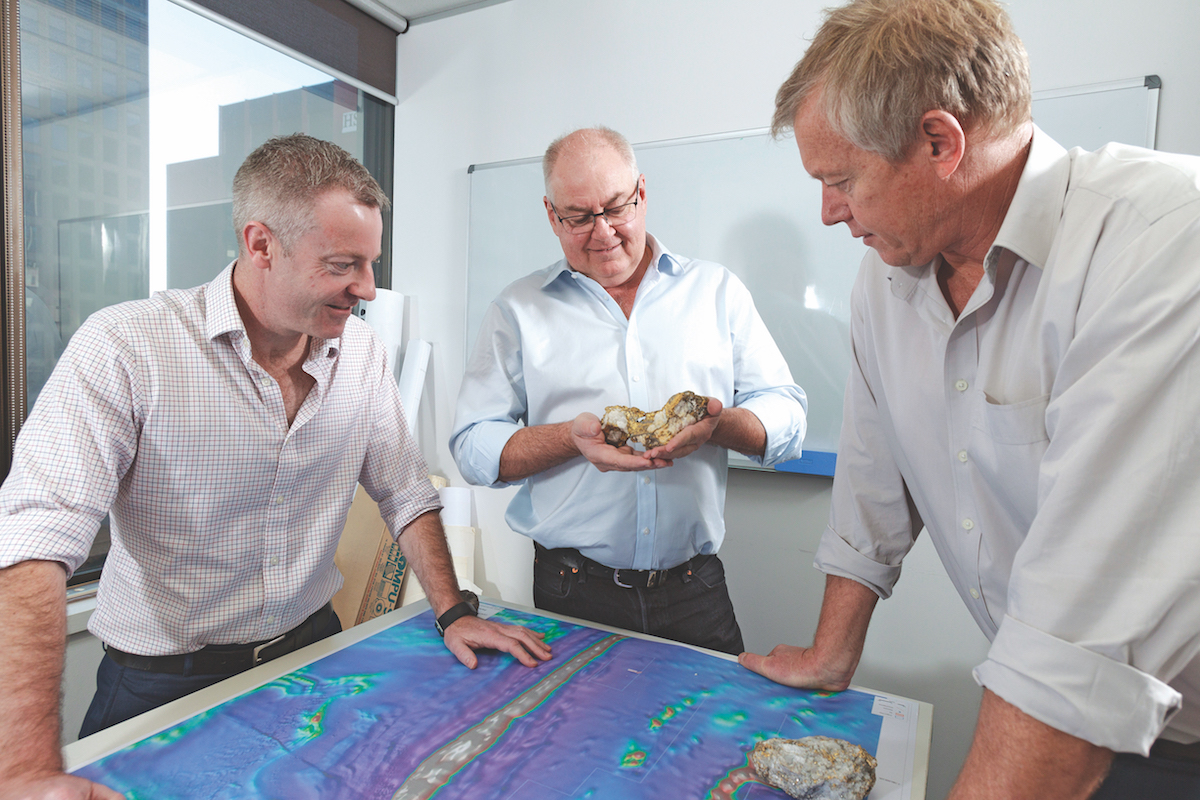 Peter believes that the importance of gold in shaping Australia is lost on much of society. “Australia essentially owes its existence to mineral booms like the ones involving gold. Gold just keeps on giving as commodity cycles and gold prices fluctuate. Resource booms have spawned pulses of population growth and are largely the catalyst for Australia’s prosperity.

“As the CEO of a mining company, I’m constantly stunned by the lack of respect and gratuity that state and federal governments have for the resources industry. They seem to see us as an easy target to attack every time they need more money or cannot manage their budgets.

The fact is, the resources sector is a generator of wealth for the Australian economy. If the government really wants prosperity for its people, it needs to encourage further development and show greater recognition of the value this industry brings to society – instead of overregulating and overtaxing it to manage their budgets.”

The Australian gold sector has experienced huge movements in recent years, largely in response to currency volatility rather than a fluctuating gold price. “In the past three decades, and in response to exchange rate movements, I have seen larger international gold miners – particularly from South Africa and North America – arrive en masse to buy up our gold industry. Then, when our currency recovers and the exchange rate gets higher and we are comparatively more expensive, they disappear with their tail between their legs.

“We’ve just experienced one of those cycles, and a number of the new players in our gold sector have capitalised extremely well from those movements. But, as it always does, the currency has devalued, and Westgold and other Australian gold miners have re-emerged as strong players in the international gold industry again.” 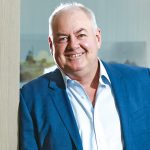