Lithium has undoubtedly become one of the most in-demand minerals in the world. Used to make rechargeable batteries for small electronics such as phones and laptops right through to batteries for electric vehicles, the mineral has carved a strong position for itself in the tech industry. Australia is the top lithium producer in the world, with several lithium mining projects in Western Australia.

According to the Western Australian Department of Mines, Industry Regulation and Safety, Greenbushes is the largest lithium spodumene deposit in the world, accounting for 40% of global lithium production. Capitalising on this rich resource is Tianqi Lithium Australia (TLA), a subsidiary of Chinese lithium producer Tianqi Lithium. TLA was established to build and operate a lithium hydroxide processing plant in Kwinana.

“To be building the largest lithium hydroxide plant in the world, in an industry everybody is talking about, is a great opportunity for Western Australia,” TLA General Manager Phil Thick tells The CEO Magazine. “And we want to show that we can be competitive, we can produce the highest quality product available and we can do it at a cost that customers are willing to pay.”

Phil joined TLA in 2016, when it was still in its early stages. He was the third employee at the time and since then, the business has grown to include 60 workers, with aims to be 120 by the end of this year. “We’ve grown very quickly but from a strategic point of view it was a great opportunity in an exciting industry that has got a lot of attention around the world.”

The new lithium plant will have a 48,000-tonne capacity of lithium hydroxide a year, when the second stage is completed at the end of 2019. However, TLA isn’t just focused on building and operating. Phil highlights its broader vision of strengthening Chinese and Western Australian relations. “We want to be seen as a Western Australian company with strong Chinese links,” he says.

“We want to be seen as a West Australian company with strong Chinese links.”

The company’s primary target is education. It sponsored a program that teaches Mandarin and Chinese culture to students at Calista Primary School in Kwinana. “This is a school that doesn’t have any language program and we think Mandarin is very important and a great opportunity for kids in this region,” Phil adds. “It’s a very tough area with high unemployment, so any advantage we can give those children will be great.”

TLA also supported the Crescendo program run by the Western Australian Symphony Orchestra, that teaches music at two schools in the Kwinana area. “It has been spectacularly successful,” Phil says. “It’s not just engaging kids on the music side, but has also seen benefits for their overall learning in other subjects by engaging their creative side.” In 2017, the company announced a A$5 million sponsorship of the new Western Australian museum that is currently under construction. It is the first major company to sign the naming rights agreement for one of the galleries in the museum. “The deal includes a fund to bring Chinese exhibitions to the museum over the next five years, which will be a tremendous opportunity for cross-cultural exchange.”

Phil describes the support the company has received from the current and former state governments as “outstanding”. “To say we’ve got the full support of the premier and the deputy premier is an understatement,” he explains. “This is right in their heartland. We’ve had tremendous support from both governments to get this project fast-tracked and to get all the approvals in place.”

Lithium is also used for:

Phil adds that the company’s contributions have been welcomed by the community. “What we’re doing in the schools is great,” he says. “Parents come up to me and thank us for our contribution and help.

“I enjoy the things we’re doing in the community but as an engineer and as a proud Western Australian, by far the most important thing is the opportunity to build and operate an iconic facility that will be world-class and will put this industry on the map in Western Australia.” 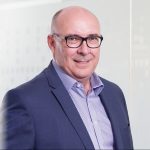