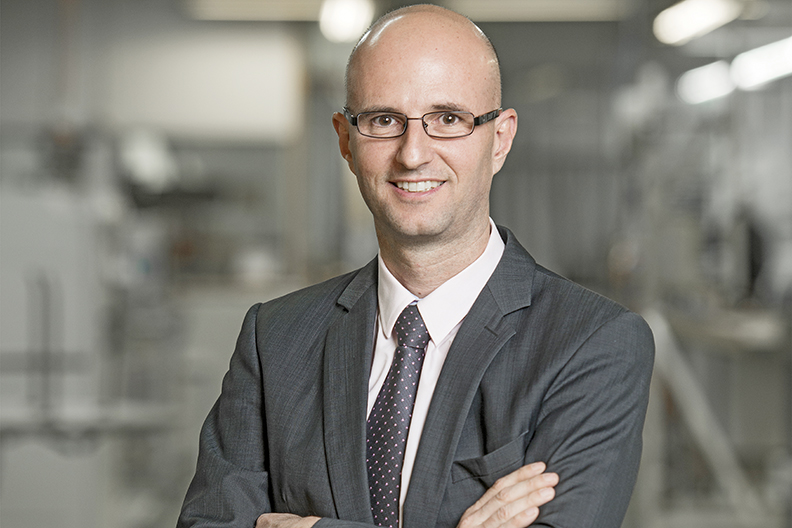 Philippe Chave admits it wasn’t a given that he would join the family business. “I had to feel I was ready for it,” the executive says. To prepare, he travelled far from Switzerland, his country of origin and the home of PX Group – the group of companies in the metallurgy and tools industries founded by his father – to Taiwan and China.

“I did not want to join the group without being able to bring some contributions that I developed on my own.” While he was in Asia, an opportunity arose in 2004 at Swiss Profile, the Group’s Malaysian manufacturing site.

The time to return to the family fold had come. He now splits his time between Malaysia and Switzerland as he fulfils his role as Managing Director of Swiss Profile and Co-CEO of the PX Group. His brother, Sylvain, is also Co-CEO of the Group.

This co-management approach strengthens PX Group with a broader and complementary range of skills and expertise. With the second generation now assured, PX Group is continuing a growth trajectory that has barely stood still since his father – and Group Chairman – Pierre-Olivier started PX Precinox in 1976 when Philippe was still a young child.

This precious metal refining business was the first company in what would become known as the PX Group seven years later. Currently, the Group comprises 10 companies across the metallurgy, services and tooling industries, and employs more than 500 people worldwide.

“There’s a true entrepreneurial spirit that my father has established as the culture of the Group,” he responds when asked what the secret to this success has been. “Combined with a long-term vision, as we understand that businesses need time to be built.”

Today, much of Philippe’s focus is spent on provisioning fully traceable and transparent precious metals. Under an initiative launched five years ago, called PX Impact, close to 500 state-registered artisanal miners in one of its principal source countries, Peru, supply ore to the Group’s strategic partner, Dynacor.

It then performs mercury-free ore processing before shipping the gold to Switzerland, where it is then refined and prepared to be sold to the watch or investment industry. Annually, this program injects more than three tonnes of ethical gold into the market.

“We are the only company in the current market to provide such an amount of gold with full traceability of artisanal origin,” he explains. The Group charges a premium on every kilogram sold, the entire proceeds of which are then fed back into the mining communities to finance a program of social projects.

Philippe has made many visits to Peru himself, something he says has allowed him to create sustainable solutions based on a local perspective rather than a Western one. “A lot of people who talk about how to help the artisanal mining sector have never even visited a mine,” he explains. 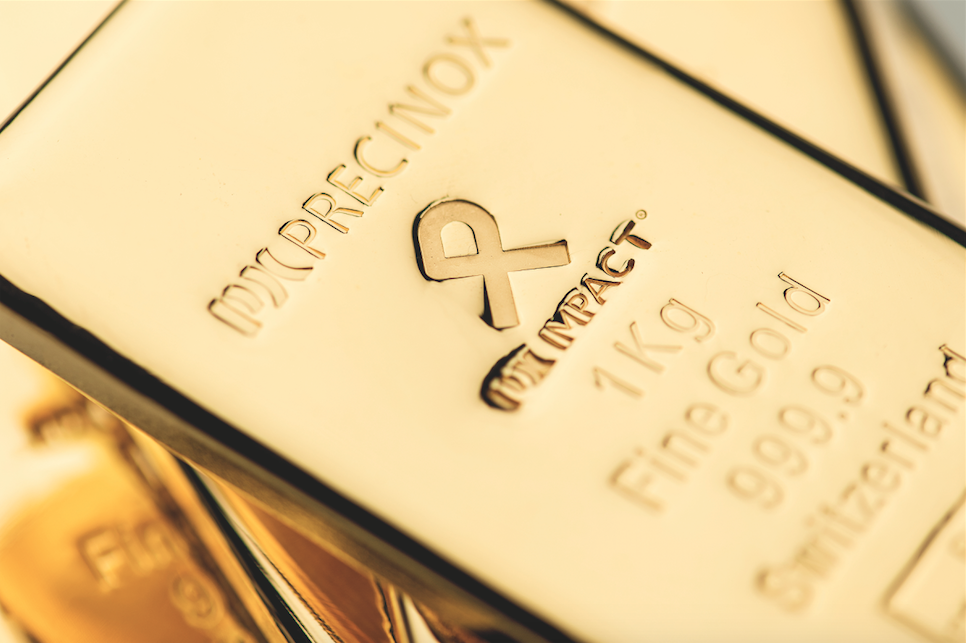 Spending time in the field – whether with suppliers, customers or his team – and promoting open lines of communication is an important part of Philippe’s role. It’s also one of the primary business lessons passed down from his father.

“We are not a company where the CEO never talks to their people,” he says. “Every day, we tour our production floors, and we exchange. That’s where the problems arise, and that’s how you understand the difficulties people are facing and how you become best equipped to deal with them.”

We are the only company in the current market to provide such an amount of gold with full traceability of artisanal origin.

Looking for a way to do things differently is another of the key lessons his father has shared. “Innovation is at our core,” Philippe explains. Some of the recent technology pioneered by the research and development department at the Group’s Neuchâtel headquarters includes a 3D printing process for precious metals. Philippe understands just how pioneering this innovation is.

“Traditionally, we would make a bracelet or key chain, for instance, piece by piece and then assemble it,” he explains. “With 3D printing, you can do everything in one shot, and it is articulated exactly how it should be right after it is printed out.” 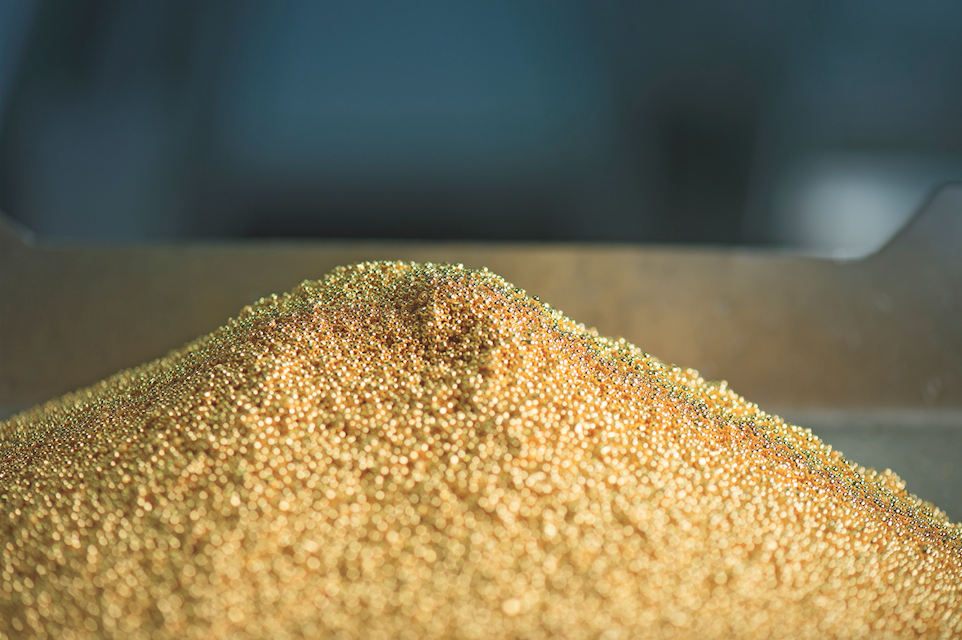 Customising high-end jewellery and fitting precious gems is just the beginning. “This technology will open new avenues because the possibility of design is limitless,” he adds. Philippe is also enthusiastic about the prospects of bulk metallic glass, a precious metal alloy that he describes as “hard like ceramic but with the elasticity of plastic”.

“We are developing an unprecedented range of alloys for this, most notably in the watch industry,” he says. Urban mining and electronic waste have also been earmarked as potential sources as he looks to extend the Group’s range of traceable materials.

From watchmaking and luxury, gold sales and trading to medical, dental, aerospace, automotive and motion technology, the Group touches a diverse array of industries. Philippe believes that this structure is what affords it a unique position in the market.

“Our 10 companies complement each other,” he explains. “We are able to offer a scope of expertise and solutions that is unrivalled. Essentially, our business is about solving our customers’ problems and bringing them new solutions. With a wide array of solutions, you can assemble them to give a package to the customer.”

As an executive in a group of businesses with interests around the globe, his feet are never on the ground for very long. It’s a part of the job that inspires him. “I love visiting companies and meeting people from different cultures and backgrounds,” Philippe says.

It’s these experiences that he brings back as souvenirs to the boardroom to help shape the Group’s strategy and vision going forward, and just a few of the many personal contributions he brings to the family business. 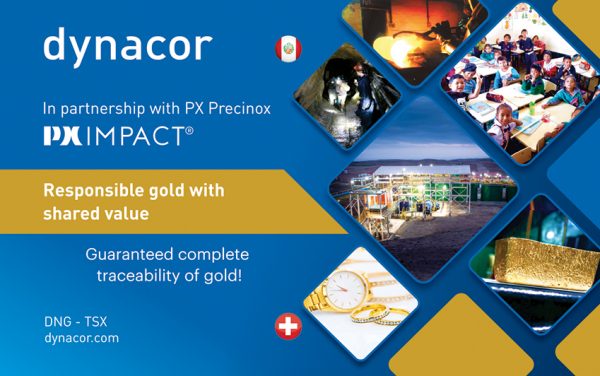