Being at the right place at the right time is how De Beers Consolidated Mines (DBCM) CEO Phillip Barton describes the way he secured a position with the diamond giant. “I landed in mining by accident,” he says. “In the late 80s I was looking to make a career change as I had been working for the government. The recruitment agent referred me to De Beers and I liked what I saw. That was around 30 years ago and I’m still with them.”

An accountant by trade, Phillip first stepped into the De Beers Consolidated Mines CFO role at the same time as the global financial crisis hit. “I was busy restructuring the company and leading it in response to the crisis and the board decided that I was the person to continue,” he adds.

DBCM’s parent company De Beers Group has long held the status of the world’s largest diamond producer. Established by Cecil Rhodes in South Africa in 1888, following a merger with diamond mining rival Barney Barnato, the group started off with the De Beers and Kimberley mines.

In 1926, Sir Ernest Oppenheimer, founder of fellow South African-based mining company Anglo American, became a majority shareholder in De Beers, before taking over as Chairman in 1929. De Beers Group is now 85 per cent owned by Anglo American and the remaining 15% is held by the Government of Botswana. Apart from South Africa, De Beers Group operates mines in the diamond-rich countries of Botswana and Namibia as well as in Canada.

The road to success

DBCM’s flagship operation is the Venetia open-pit diamond mine located in the Limpopo Province of South Africa. The mine has been in operation since 1992, and in 2013 the company announced a US$2 billion plan to further extend its life. “The Venetia open pit is getting to the end of its life and a lot of focus is going into closing and migrating it to an underground mine,” Phillip explains. The new underground mine is estimated to deliver 4.5 million carats per annum over its lifespan, with first production set to begin in 2021.

Worker safety was one of the top priorities for Phillip when he took the helm at DBCM.

At the time, he set out a new strategy that made workers take safety more seriously. “I started with the slogan, ‘Why do I want to work safely?’,” Phillip explains.

The success of this strategy led to another phrase the company coined later: ‘Securing our future’. “Other than safety, we took a hard look at our business and focused on our employees – we call them ‘diamond people’,” Phillip continues. “We put in a lot of time understanding everyone’s development needs and their aspirations.”

As part of these efforts, the company took steps to strengthen its relationships with its unions and worked to increase gender diversity and inclusivity. “Only 25% of our workers are female, whereas 90 per cent of our consumers are female,” Phillip notes. “So we’ve got a massive drive in terms of improving gender parity within the workforce.”

Another strategy Phillip emphasises is a focus on more community involvement. “We recognised that communities need to benefit from mining companies’ active role in their areas,” he says. Initially, the company started with community fairs, which was a chance to showcase its employment and supplier opportunities.

We recognised that communities need to benefit from mining companies’ active role in their areas.

“Lots of people went to get involved in the small businesses after showcasing what we do around enterprise development and procurement opportunities as well,” says Phillip.

“We followed that up with a health and wellness day – something I’m particularly proud of. We scanned more than 1,500 people in our communities for HIV-AIDS, hypertension, tuberculosis and diabetes, and many women had mammograms and cervical cancer tests. That really had a big impact on our community.”

To further support the communities it operates in, the broader De Beers Group began an innovative process to reduce its carbon footprint across its diamond mines. Dubbed Project Minera, the process aims to make De Beers mines carbon neutral.

“We’re looking at kimberlite – the rock you find diamonds in – to store carbon dioxide,” Phillip explains. “This is through a process called carbon sequestration, which removes carbon dioxide from the air and stores it safely within kimberlite rock. It stores it as a non-toxic carbonate mineral that’s very similar to chalk and that becomes a natural part of the carbon cycle.”

Phillip adds that after more research, the company plans to begin actively reducing its carbon footprint by early 2019. “As we’ve moved along, there have been so many partner opportunities, with a number of bodies now working with us including the University of British Columbia,” he says.

“They’re all starting to work with us to try to perfect this technology.” As DBCM progresses, Phillip will continue addressing its two major challenges. “The first is to maintain our licence to operate,” Phillip states, listing items like safety, community support and good governance.

“The other is delivering on our promises. These are the hard measurements; the financial and operational progress. Both challenges are similar to the chicken and egg situation. One can’t come before the other. If you don’t have a licence to operate, you don’t get your regulatory approval from the government and you can’t deliver on your promises.” 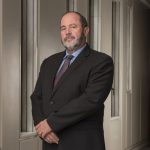